You are here: Home / Catinees / Was I Up to the Toilet Paper Challenge? 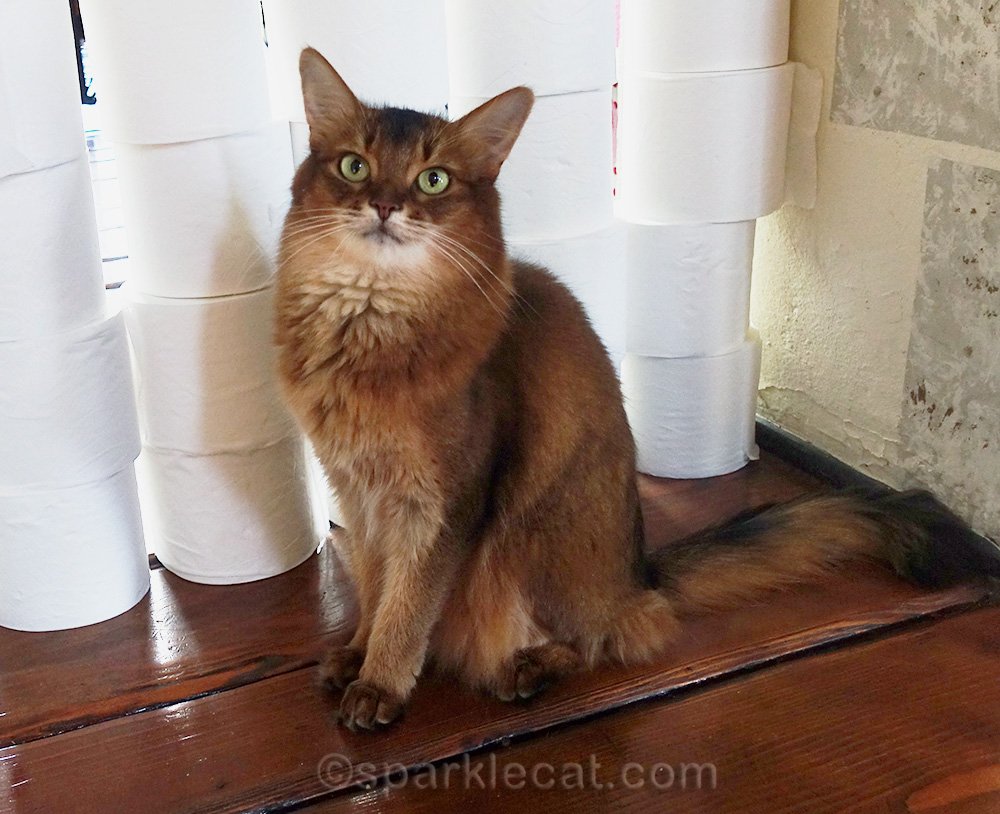 My human and I did a video of the toilet paper challenge! In case you don’t know what that is, it got really popular when the pandemic lockdowns started. People who had hoarded toilet paper created huge stacks of the rolls and had their pets jump over them.

My human was not one of the hoarders. She didn’t think it was that big of a deal since she had 8 rolls at home already. As you might have already guessed, she was wrong. Like really wrong, and she spent several weeks scrounging stores for a roll here, a roll there. Finally about three weeks ago, she found toilet paper was coming back in stock. So she bought a couple of giant sized packs because she really, really wanted to do the toilet paper challenge with me. She also has enough toilet paper now to last her until the end of 2021. 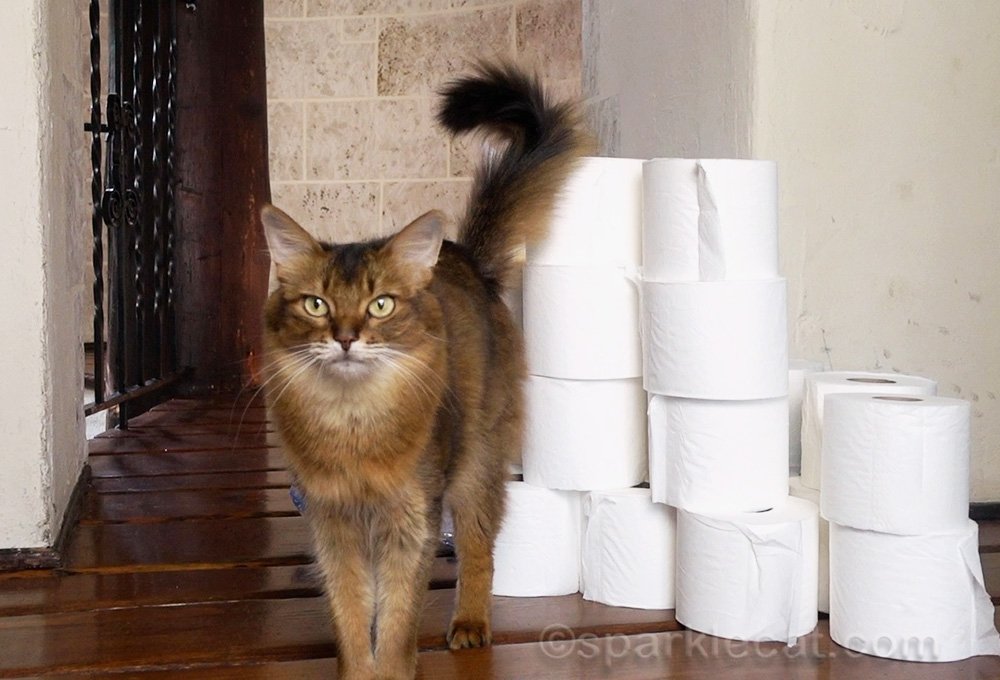 Shooting the challenge was our biggest video project yet! It was a lot more work than the kitchen videos, which are kind of difficult because my human has to set up lights there, plus clear off the counter so there’s no clutter. 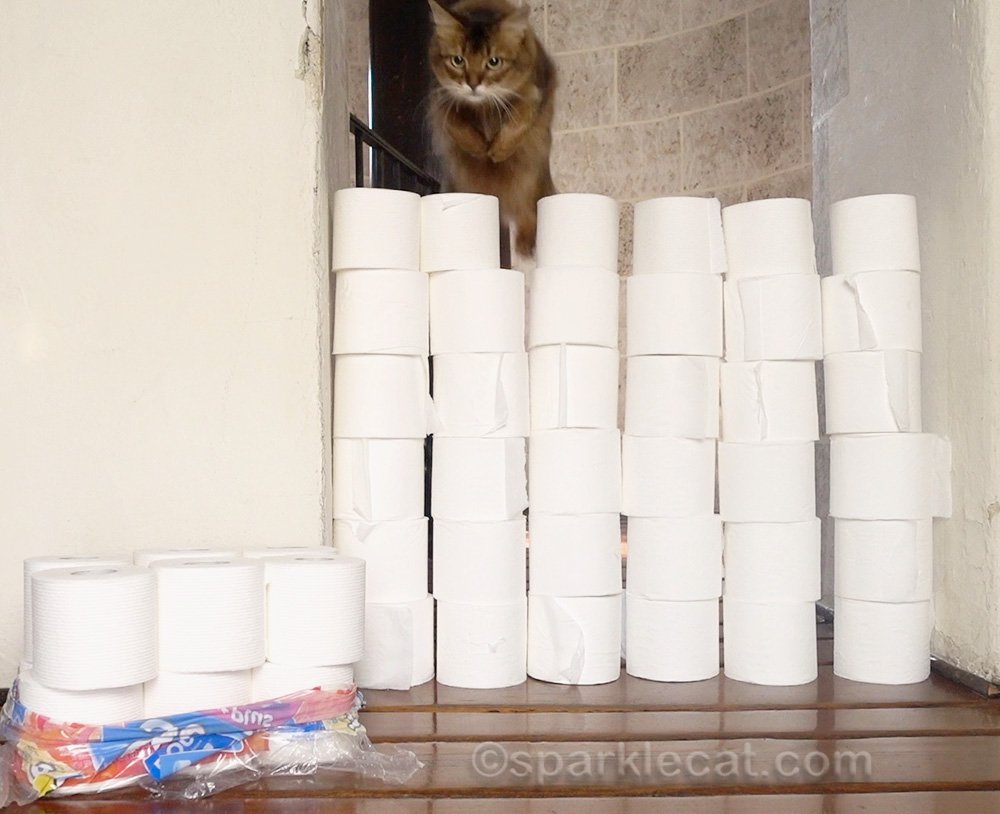 It was a lot of work for me too! I got lots of extra exercise. 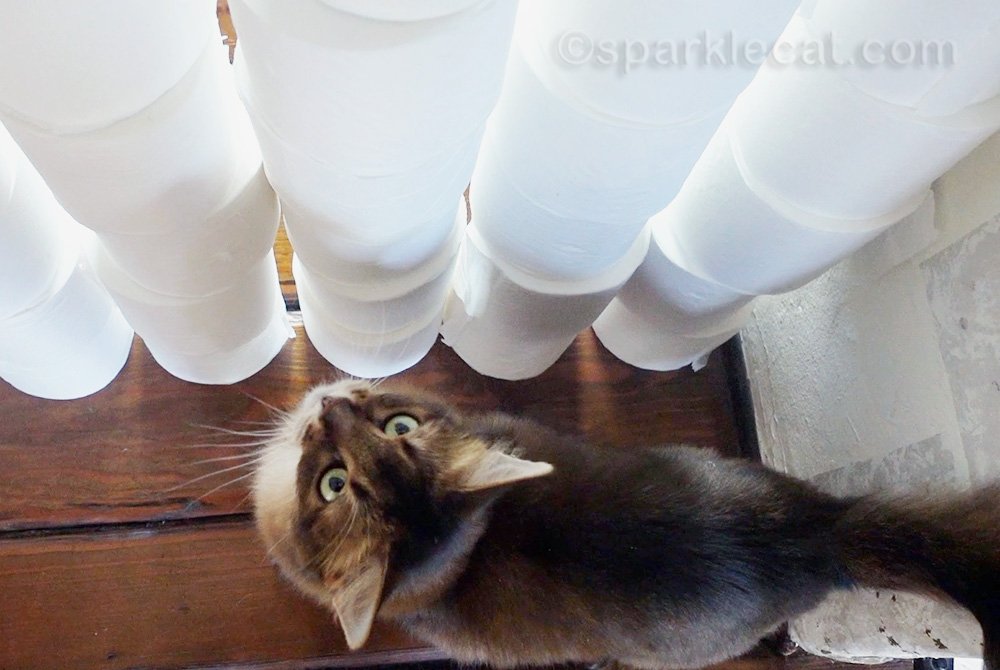 There were also some unexpected pickup shots. 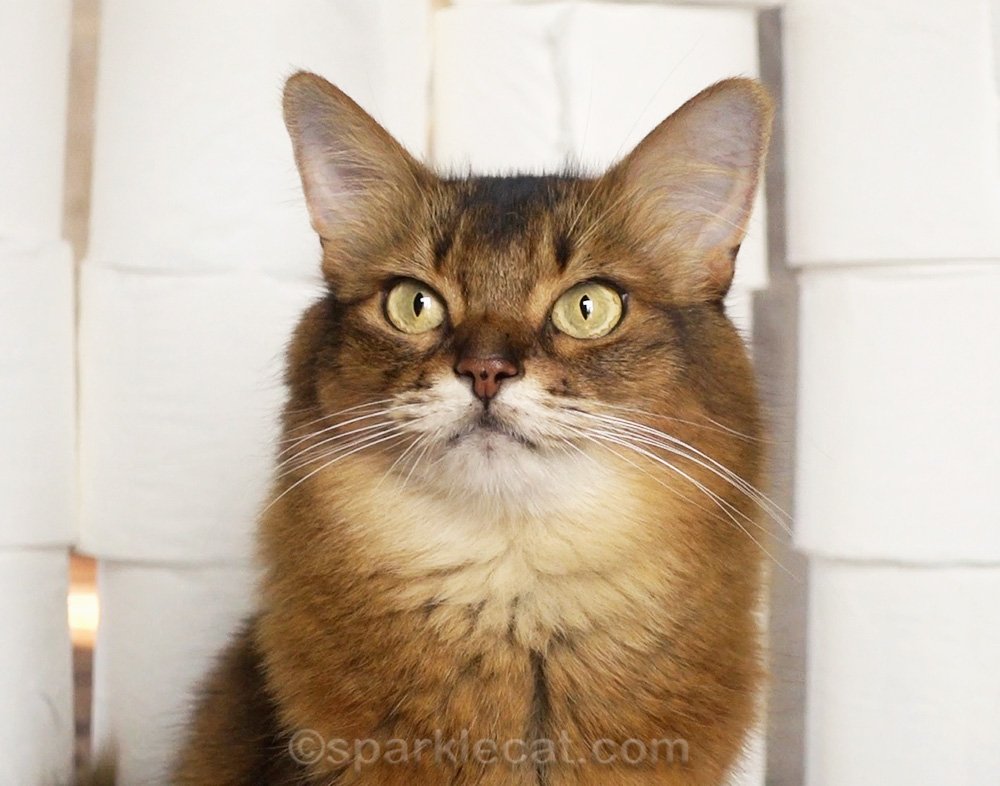 Here are some fun facts about my toilet paper challenge video:

Anyhow, that’s all I have to say. Just enjoy the video. It’s three minutes and lots of fun!

If you enjoy my videos, please stop by my channel to Like and Subscribe! It really helps me out a lot! 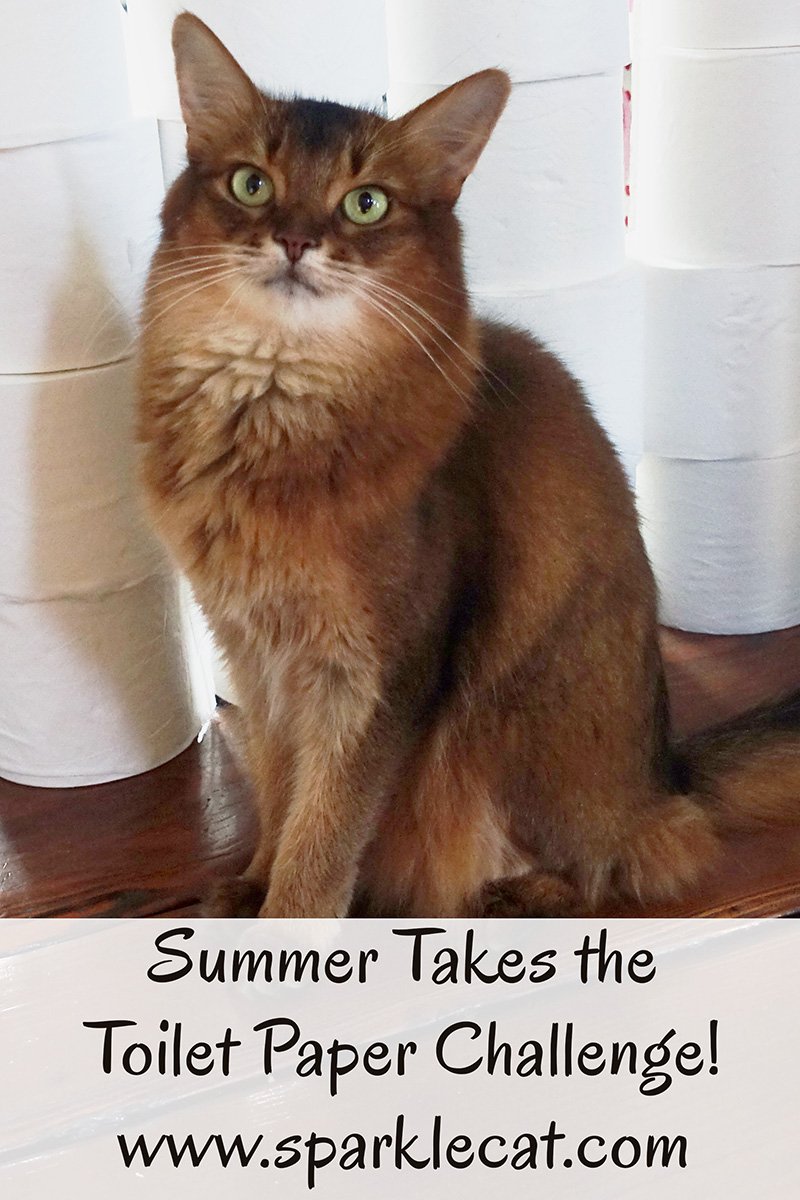