You are here: Home / Kitty Wisdom / When It’s Okay to Dress Up Your Cat for Halloween… and When It Isn’t 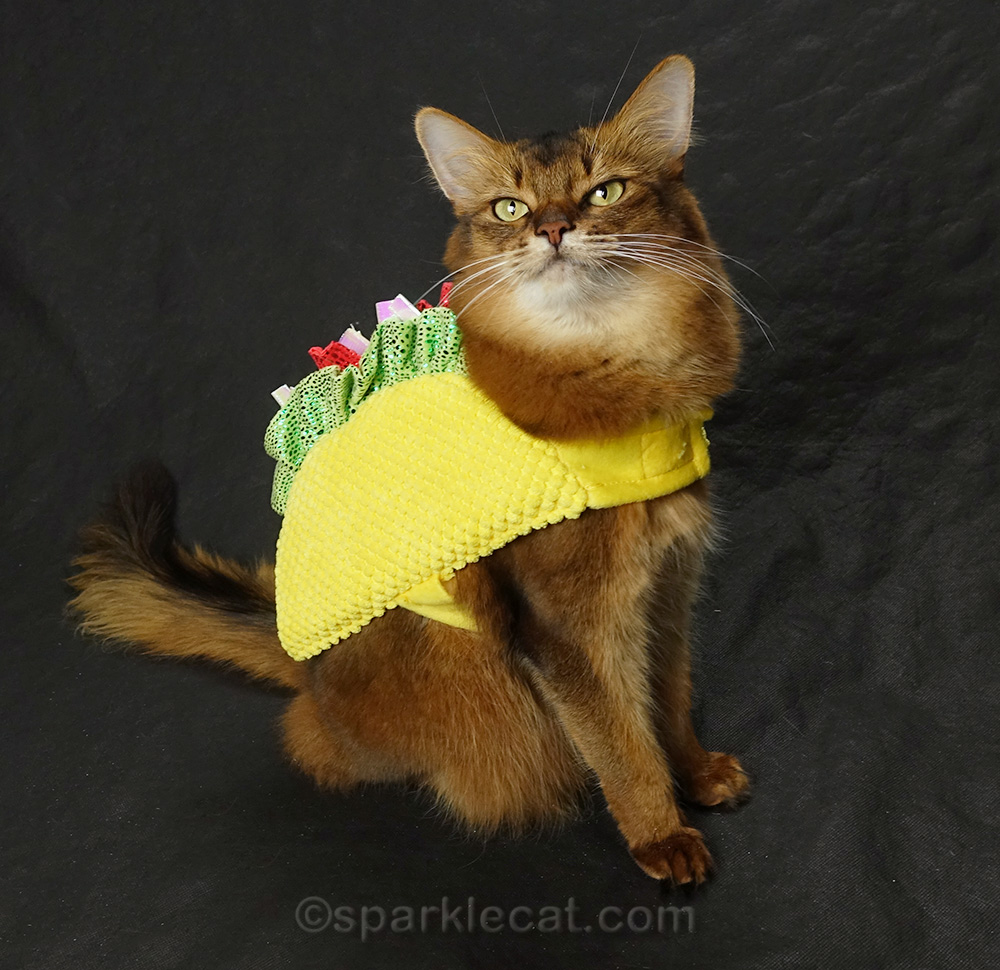 I will be honest. I love dressing up. It’s fun for me, it makes me feel special, and I love all the treats and attention I get. It’s one of the many things I do with my human that bring us closer together. But my human feels guilty dressing me up sometimes — because there are not a lot of cats like me! So I am not a good example to follow. More often when you see a cat wearing a costume for Halloween, or a Santa suit for the holidays, they don’t look terribly thrilled. Some look downright miserable. I feel really bad for these kitties because they aren’t enjoying themselves, and it’s not a bonding experience with their human.

From what I’ve seen around Facebook, and heard from my fellow blogging cats and their humans, most humans have tried to dress up their cats at least once or twice. Usually the results aren’t very happy, and the hat or costume is put away somewhere, never to be seen again. (Or at least put away until some other cat gets the opportunity to try it on.) So I decided to put together some tips on when it might be okay to dress up your cat for Halloween, and when it’s not. 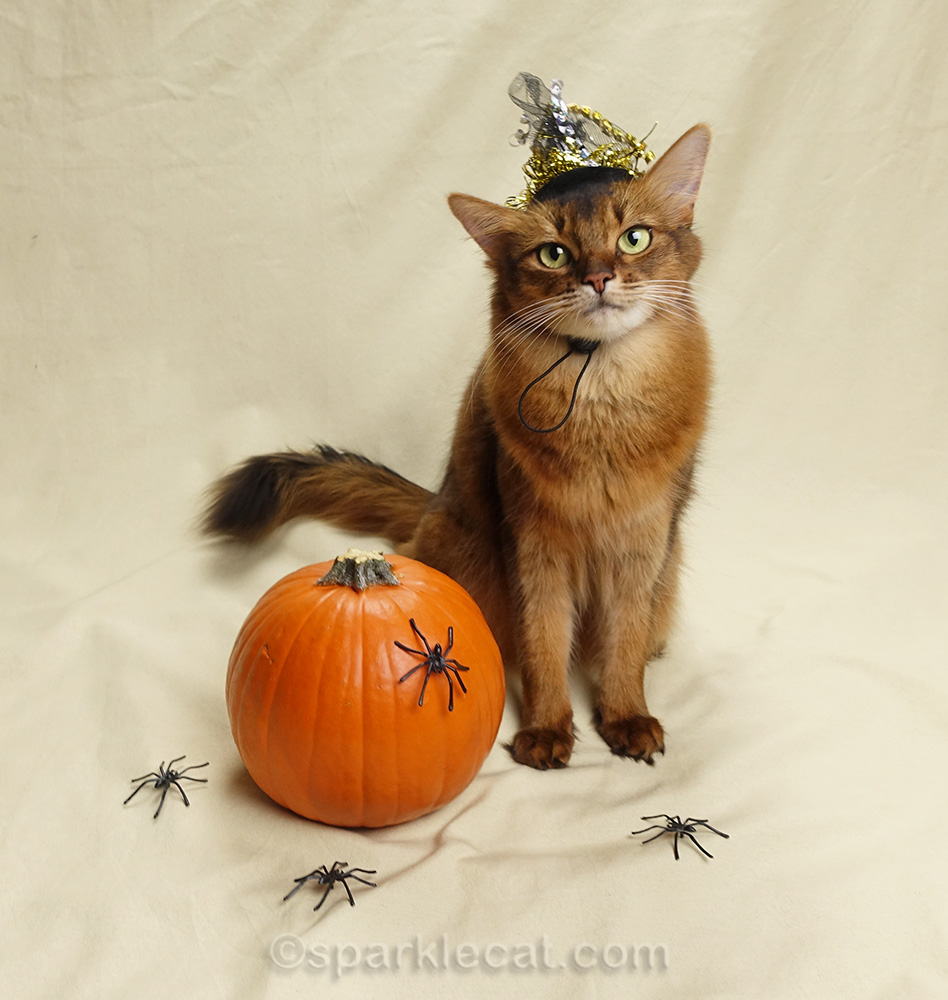 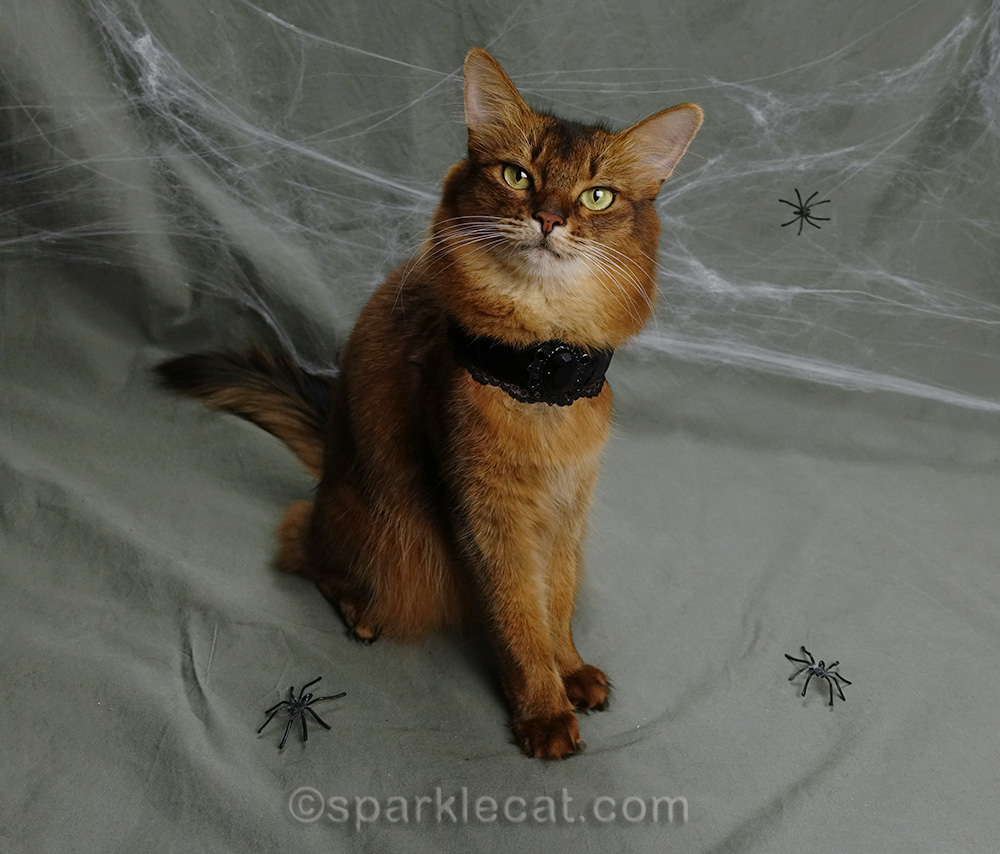 Cats are really more adaptable than people give them credit for. Some will wear a costume or outfit with no problem, once they gets over the weirdness of the situation. Some won’t want to wear anything at all, ever. And occasionally, there are cats like me that are happy wearing costumes from the start, and have a good time dressing up. No matter what type of cat you have, I hope you have an awesome Halloween, and you follow your cat’s bidding!