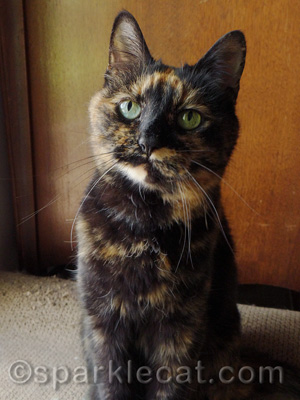 My human has been playing around with photo effects on her own photo blog and she thought she would take the effect she used on this purple flower photo and try it on a photo of Binga. (She tried it on a photo of me first, but she didn’t like the way it turned out.) It’s pretty easy, and while she did it in Photoshop, if you use different photo editing software, you should be able to figure out how to recreate it there. 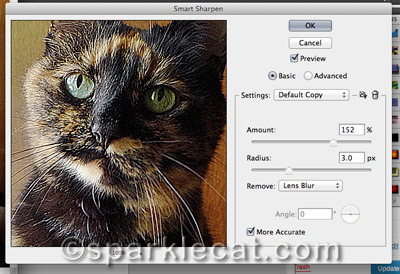 After she made the usual color fixes and touchups, my human made two layers of the same photo. On the top layer, she added a sharpening filter and way overdid it on purpose. 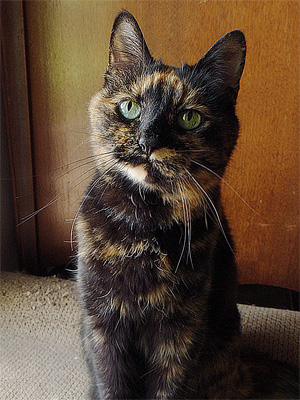 This is what it looked like, but it didn’t stay that way for long. 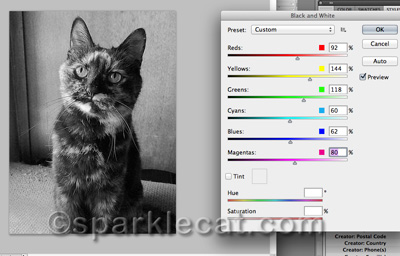 She turned the layer black and white by going to Image->Adjustments->Black & White. She uses that particular way of turning a photo into grayscale because she can play with the colors and make them appear lighter or darker gray. Notice that she lightened the reds and yellows quite a bit, and green too. 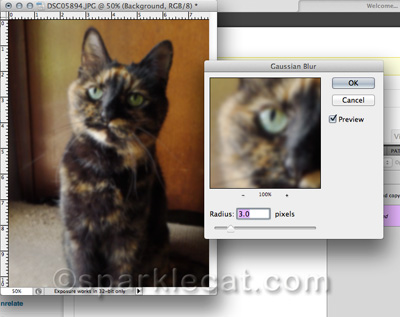 After she finished messing with the top layer, she went to the bottom layer and did the opposite — she blurred it up a whole bunch! 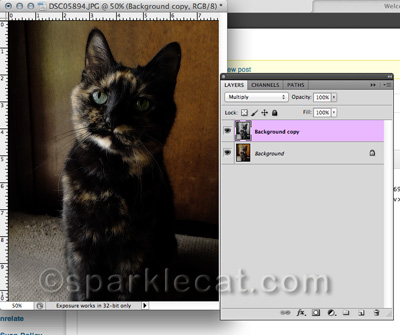 So now she had the two layers the way she wanted them, and then she highlighted the top, black and white layer and added the magic effect. Well, it is not really magic, but it seems like it. See the gray window where the layers are? There is a little drop-down menu under the “Layers” tab; it is called the Blend Mode and the default choice is “Normal.” But my human went down to where it said “Multiply.” If you want a technical explanation of what Multiply does, you can go here, but the bottom line in this case is it creates an arty effect by allowing the colors from the bottom layer to show through the top layer. It also makes the photo a lot darker, so she lightened it up a bit. This here is what she wound up with: 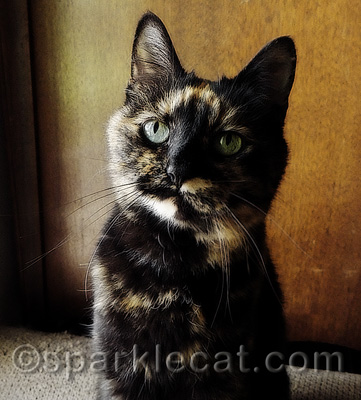 She cropped the photo so you could see the effect better, and it looks even more interesting when it is bigger. There are apps that can make arty effects, but my human likes to do it by hand in a photo editing program because she has more control.