You are here: Home / Kitty Wisdom / The REAL Way to Talk to Your Cat – and It Is Surprisingly Simple 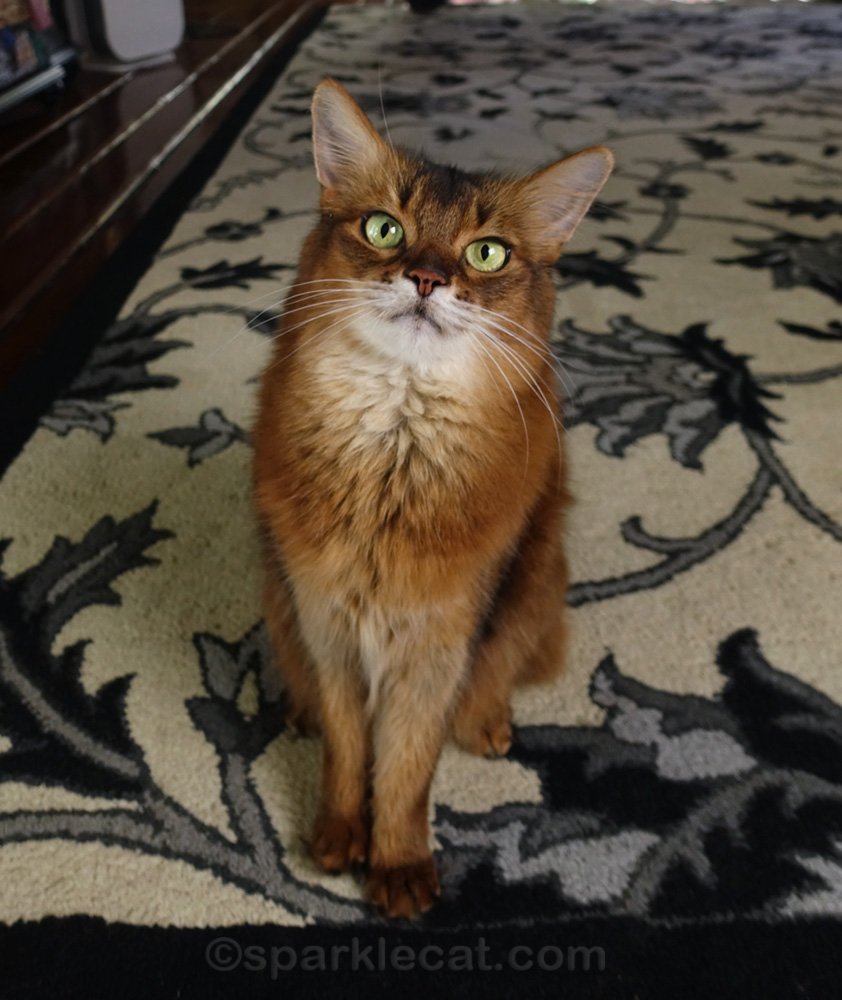 As a friendly cat, I really enjoy meeting new people. But you what what annoys me about some of the humans I encounter? When they meow at me! It’s like they think “meow” is cat language, the same way English is — or Spanish, or Japanese, or French. It isn’t! When humans meow at me, I have no reaction. It’s as if they hadn’t said anything at all — because they haven’t.

Meowing isn’t a language. Cats rarely meow to communicate with other cats, unless we are arguing, or the other cat is being too rough. Then it’s more of an exclamation than saying words. Mom cats and cats that are good friends make little chirps, but again, it’s not meant to be a verbal sort of communication.

Many cats do meow with their humans, but that’s because we see that humans prefer to communicate vocally. So we are just trying to connect with you on your level. This works very well when we are trying to get a point across, like when it’s dinnertime. But it doesn’t work the other way around. Your verbal communication doesn’t reach us very well. As a result, we cats have a hard time understanding humans on more than a very basic level. It can get really confusing.

Honestly, the best way to communicate with us kitties is very, very simple. It’s all based on the slow blink that many of you have heard of. The main way cats communicate with their feline pals is through a series of slow blinks and half closed, or “sleepy” eyes. And we will communicate with humans like that too, if just given the chance.

If you listen to a cat with your eyes, you should find it easy to create a discourse of a series of slow blinks and narrow, sleepy eyes. There is even research that has been done on how to do this. And when you do want to talk, don’t focus so much on the verbal part of what you’re saying as much as the intent behind your words. If you picture what you are saying, it will help modulate your voice in a way that is more understandable to us cats.

I hope these suggestions help enrich your relationship with your cat, and maybe other cats you meet when you’re out! Let me know how your communication is with your cat in the comments below. 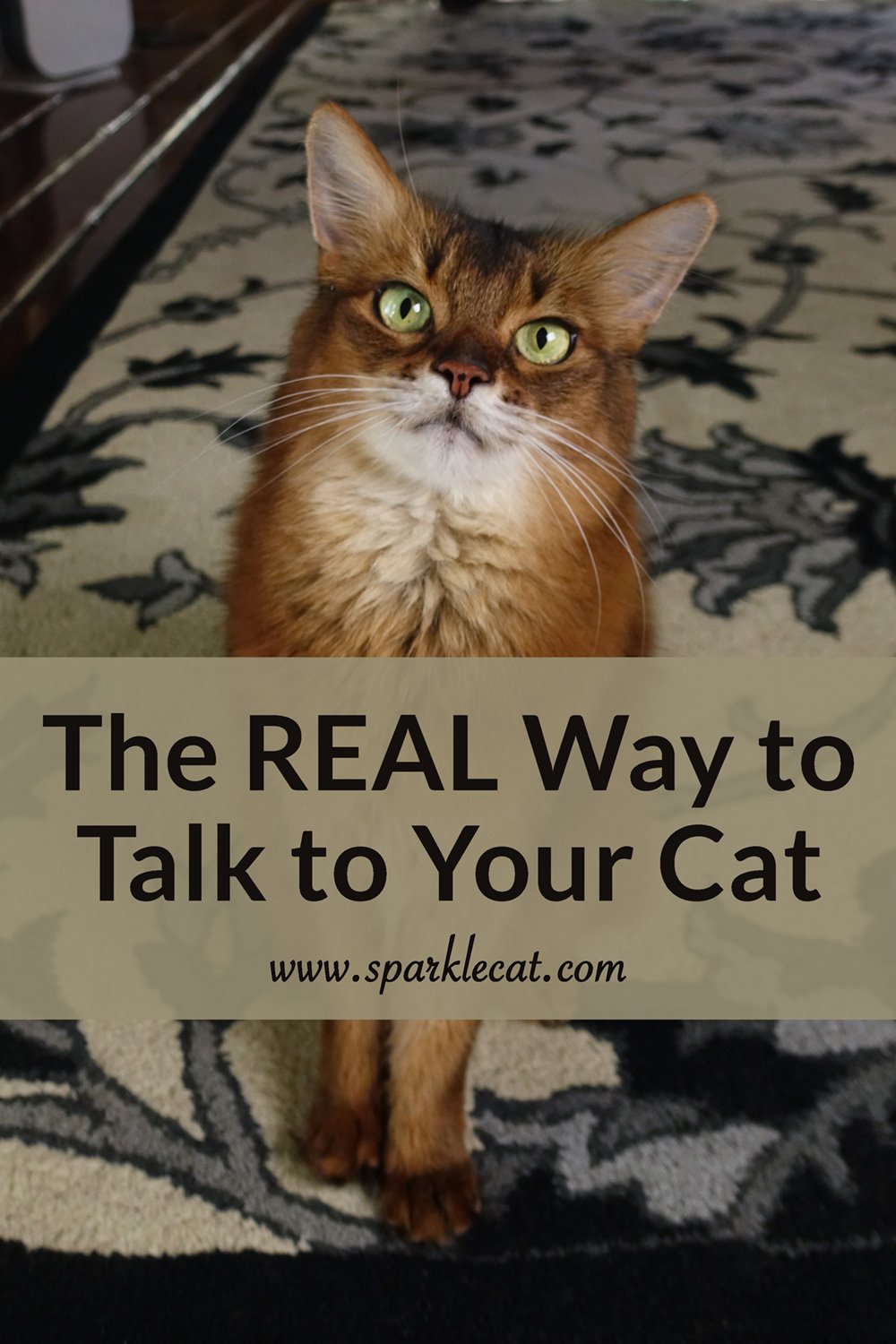