You are here: Home / Kitty Wisdom / The Facts About Shelter Cats #RememberMeThursday 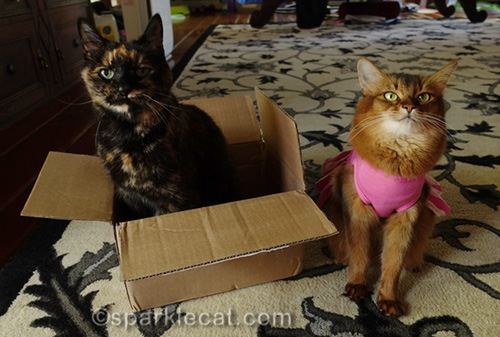 Binga is helping because she is a former shelter cat 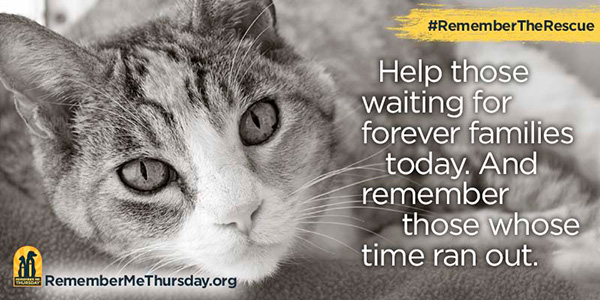 Here are some statistics from the ASPCA:

Why are the shelter numbers stacked against cats in so many ways?

Because shelters are really the worst places possible for a cat’s personality, temperament and instincts. The shelter environment, with its small metal cages, is stressful for cats. They can’t hide, they have no room to move around, and their highly sensitive noses are assaulted with strange, scary smells. Cats are territorial creatures, and in a shelter they have no place to call their own. This stress lowers their immune systems, and they are more susceptible to illness.

When a potential adopter walks into a shelter’s cat room, they are faced with fearful, depressed cats. Cats who are withdrawn. Cats who may be aggressive only because of stress. Cats who are sneezing. Only the boldest, most outgoing cats can stand out in these rooms, or the youngest, cutest kittens. (Binga was both when my human saw her at the Lacy Street Animal Control in downtown Los Angeles in October, 2000.) The rest of them — the cats with great personalities, but are too scared to show how awesome they are — get overlooked.

Many shelters are working to change that: creating cat rooms with an environment that better fits the feline nature. Soliciting fosters so that cats don’t have to sit in a cold, sterile shelter atmosphere. Coming up with enrichment techniques to lower the stress levels for shelter cats. But much work still needs to be done.

Yes, shelter adoption needs to be promoted, but there is more.

Only 31% of cats come from shelters, but do you know the other ways people find cats? It’s not breeders — the percentage of those cats going to homes is a measly 3%. Here’s the reality: 28% come from friends or relatives and 27% are strays. What does this tell you? We need to work harder at spaying and neutering both owned cats and stray cats. Too many of them are breeding this is helping to create bad situations for cats at shelters.

The problem — and solution — for shelter cats is complex, but it can be overcome. Find ways to improve cats’ lives at shelters. Spay and neuter the strays, and the family cats too. That is the best way to honor shelter cats today — and all year round.