You are here: Home / Kitty Wisdom / Thank You… Now Vote for Cody and Daisy! 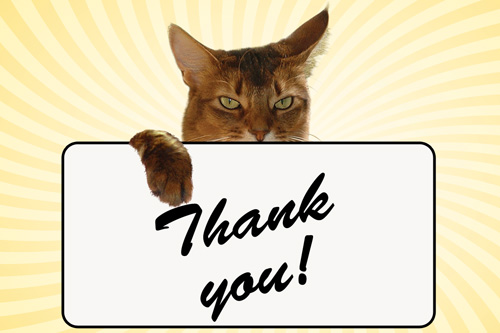 All of you are so amazing! Because you showed up and voted for me, I was one of the top two cats in my bracket (the other one is George the Handsome Deaf and Blind Cat). This is more of an accomplishment than some of you realize, because one of other the cats competing was City the Kitty, who has 23,000 fans and is a TV celebrity that appeared on My Cat From Hell! I did not think there would be any way I could get more votes than him!

The next competition will be even tougher, but I am not going to focus on that right now, because voting has started for a new bracket, and two of my friends are competing! 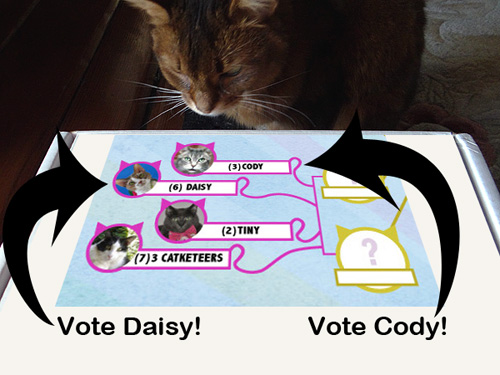 Yes, Cody and Daisy are both in the same bracket! Does this create as much of dilemma for you as it does for me? Let’s see if we can get them each enough votes to get into the next bracket!

To vote for Daisy or Cody in today’s Next Top Cat bracket, go to the poll on the AmazeCats Facebook page! You only get one vote per Facebook profile (pages don’t get to vote, so my human will be voting for me), but you can change your vote!

Good luck to both of you!