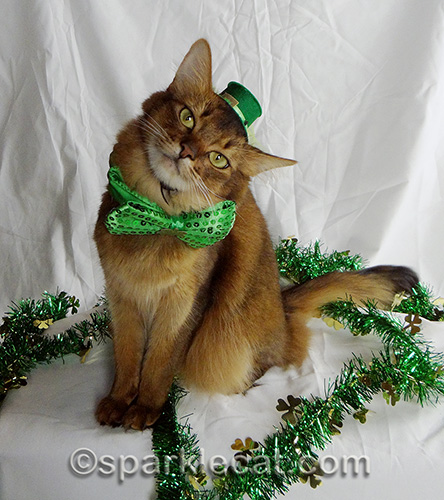 As you kitties probably know, St. Catrick’s Day is a big day for fun and celebration, and I bet there will be lots of nip hangovers tomorrow! I’m not sure exactly how a saint’s day got turned into a day for partying, but does it really matter? Let’s just whip out the nip and the treats and raise a tuna juice toast!

But first, I want to tell you a little bit about leprecat lore. Leprecats have a fascinating history, and while some of it is made up, maybe some of it is really true! 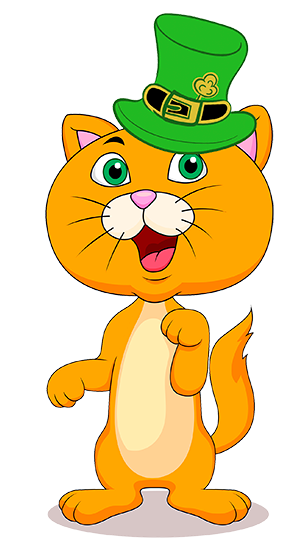 Leprecats are small orange Tomcats wearing green hats, and it is said they have piles of gold cat treats hidden away somewhere. Humans, believing that having a leprecat is good luck, will try to capture them, but they don’t realize that leprecats are feral, plus they are also tricksters. Once trapped, a leprecat may barter for his freedom by giving you directions to his treasure, but as soon as you let him go, he will just run off and spray your front door, and the directions to the treasure will lead you to the nearest litter box.

You will most often find leprecats in catnip bushes, where they will spend their days getting high and contemplating the stupidity of humans. Of course, not every cat hanging out around catnip bushes is a leprecat, and chances are if you try to catch one, you will just wind up with an ordinary cat… which isn’t such a bad thing, but you won’t get any treasure. 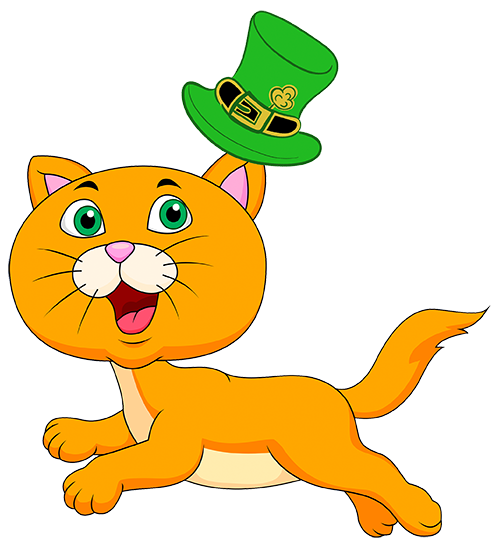 Sadly, there are fewer and fewer lepricats around because of the TNR programs in many communities. So if you do see a leprecat, consider yourself fortunate indeed — but unless you want to go digging for a pot of gold cat treats in the nearest litter box, you should probably let him pass by.