You are here: Home / Kitty Wisdom / Should Your Cat Sleep on Your Bed? 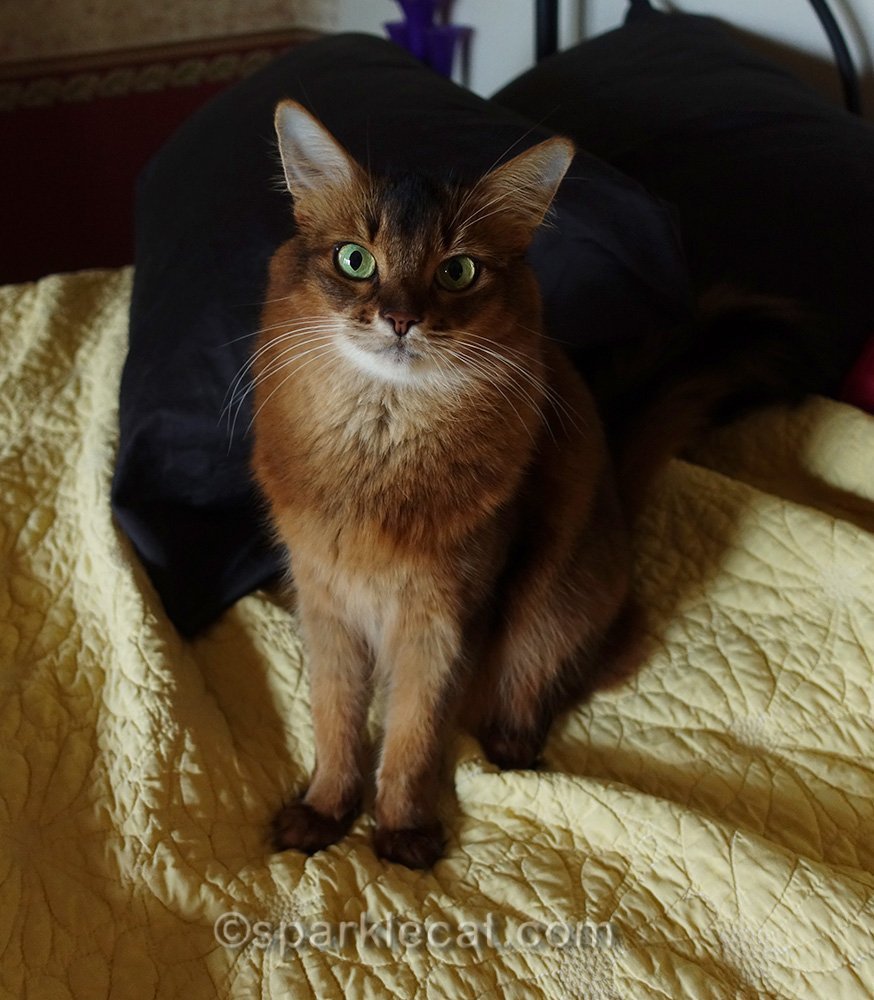 Around here, the question in the title isn’t something that is even under consideration. In fact, my human used to hunt us cats down to make sure we were on the bed before she got in it! Now, it’s mostly just me. Since Boodie is arthritic, she’s allowed to sleep elsewhere… although my human still wants to know where she is at bedtime. And my human isn’t alone. Research indicates that 62% of cats sleep with their humans. An additional 13% sleep with the family kids instead.

There are lots of good reasons to have your cat as a sleeping companion. Purrs are naturally sleep inducing. So are warm, furry bodies. If you are sleeping without another human, it makes things cozier and less lonely. Most cats make wonderful bedtime companions. They may even save you. Gwen Cooper has a story in Homer’s Odyssey where her little blind cat, Homer, fiercely protected her from a home invader. While this is an unlikely scenario, it could happen to you!

Here are some suggestions on how to make sleeping with your cat the best it can be.

If you set up routines and don’t deviate from them, it’s likely that your cat will adopt your sleeping schedule, and will be less likely to start off on nocturnal adventures, or wake you up for food. Most of the cats my human has had have slept with her through the night. The ones who have tested her on this and attempted to get her up in the middle of the night (think Binga), have been soundly ignored. Not even griped at. Since there’s no payoff, the behavior stopped.

Does your cat sleep with you? Do you have any other suggestions I haven’t mentioned? 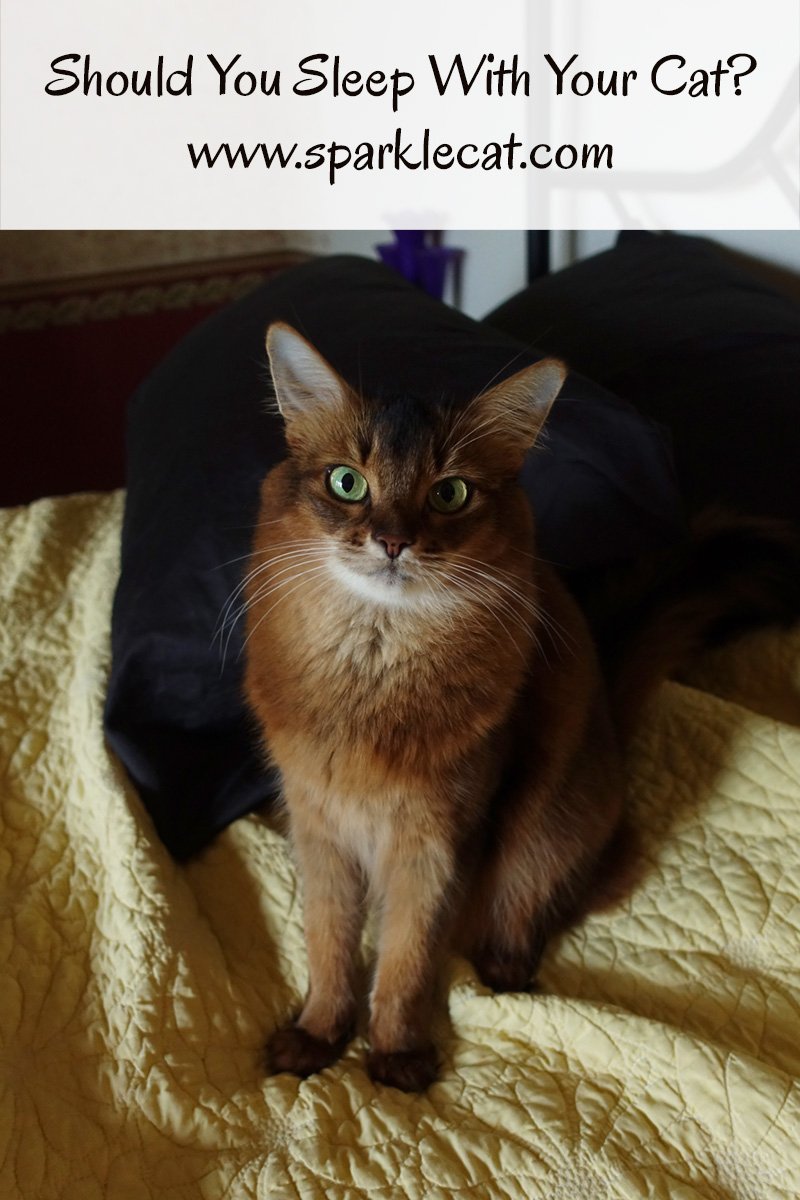 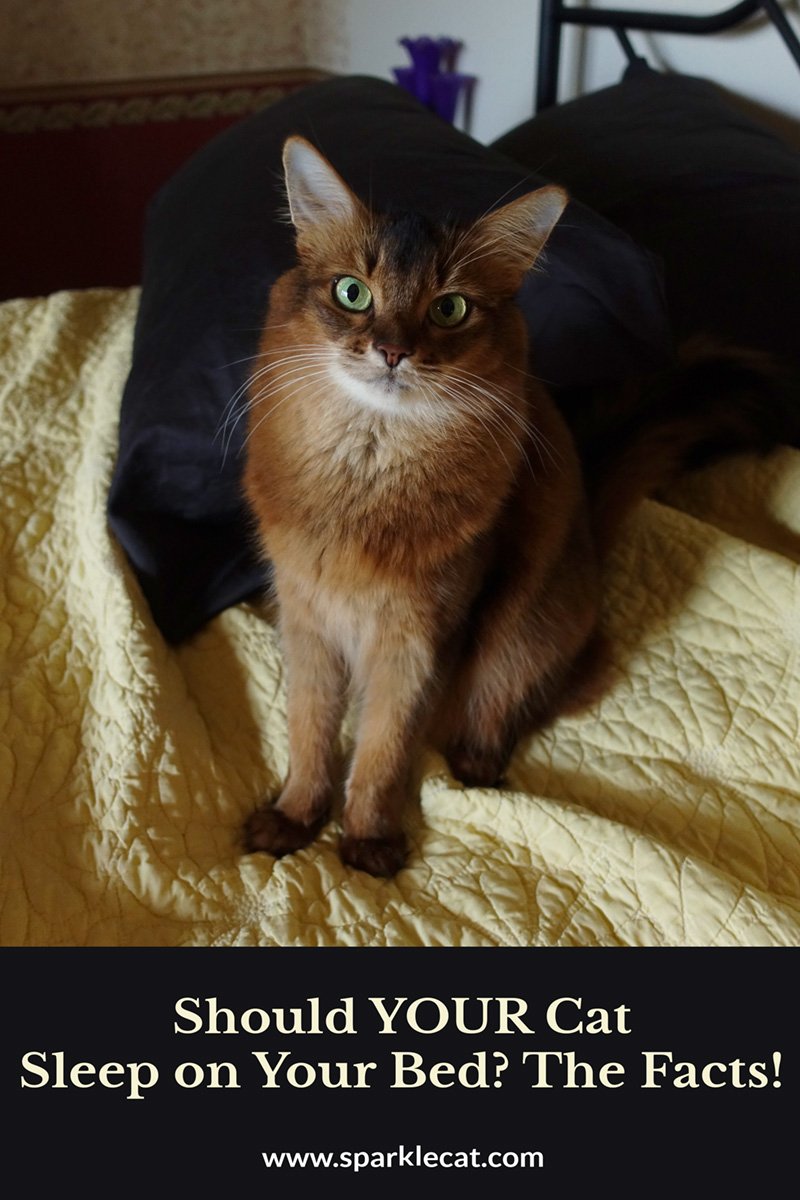 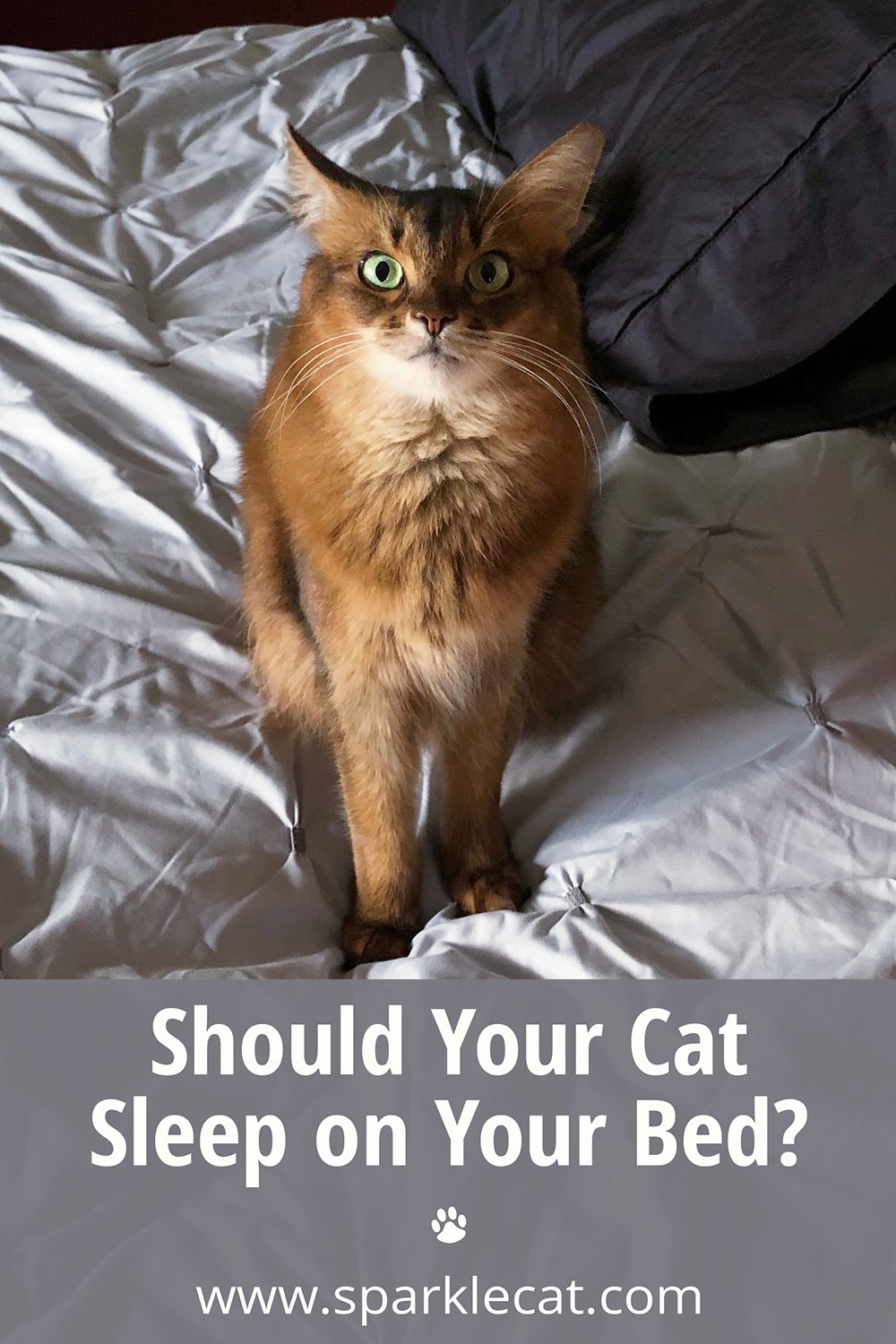