You are here: Home / Kitty Wisdom / Remember Boodie by Helping the Acro-Cats and Rock Cats Rescue 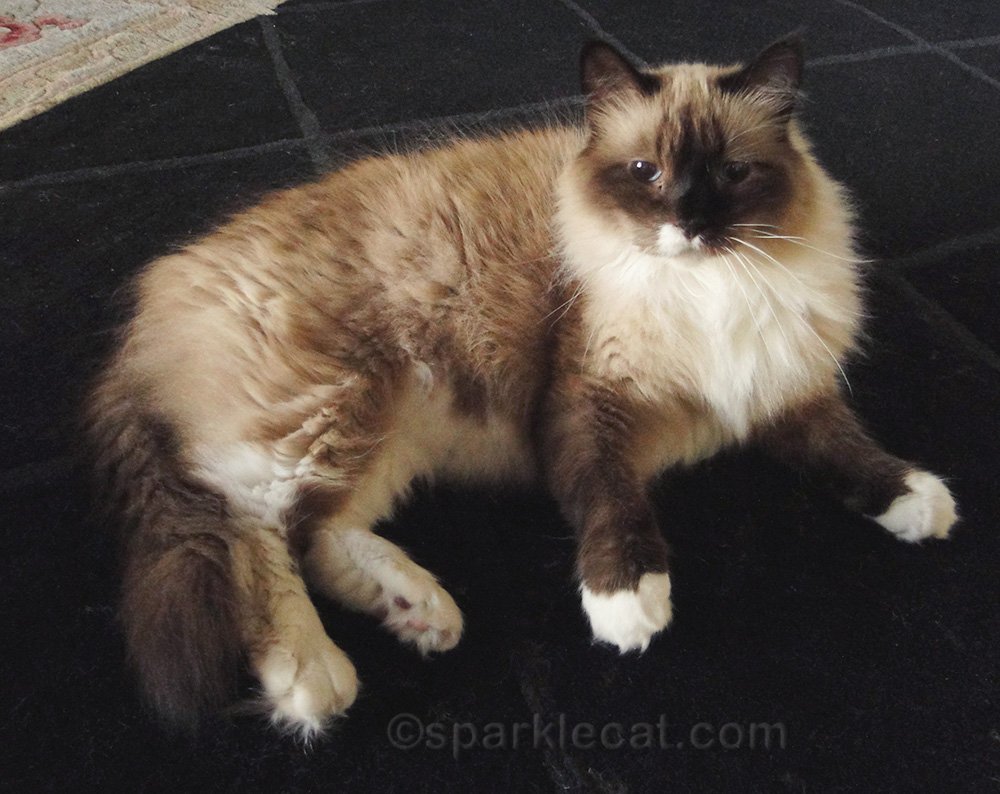 I wanted a worthy cause to support in Boodie’s honor, and I did not have to look far. The Acro-Cats, the troupe of performing cats, and their nonprofit rescue, Rock Cats Rescue, are going through some very hard times right now, and they need help badly. What’s more is that any donations now count twice since a generous fan has offered to match donations coming in until December 23, up to $25,000! 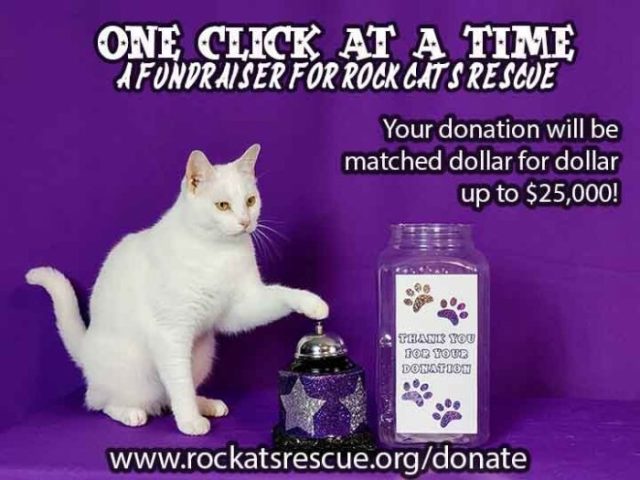 Let me tell you a little bit about the Acro-Cats and their rescue, although I’m sure many of you already know them. These performing cats aren’t like a circus — they are all rescue cats who are family members of their human, Samantha Martin. Their shows are fun, totally unpredictable, and they show that cats are capable of much more than most humans believe. (And yes, yours truly borrowed a page from their book because I do the same thing in my own small way.) In normal times, they tour around the country, doing shows, and they always raise funds for local rescues. Samantha also rescues kittens (she specializes in neonatal babies), socializes them, and gets them adopted. It’s an amazing organization. 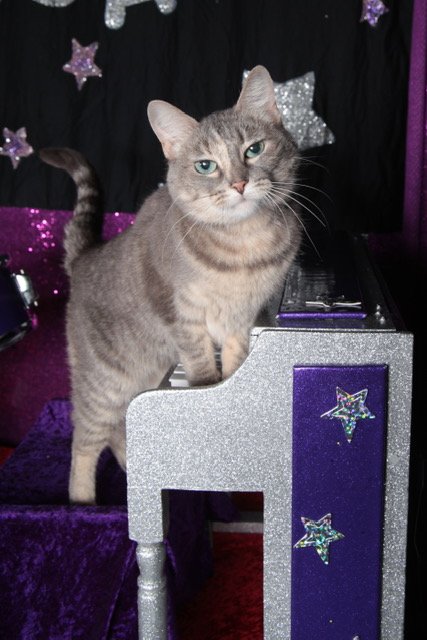 Sadly, things are extremely tough for Samantha and her cats right now. Because of Covid, they haven’t been able to tour at all, so their income has virtually ground to a halt. Even worse, the Acro-Cats were victims of a horrible scam. Someone they trusted stole their bus, and although they got it back, it had many thousands of dollars of damage. 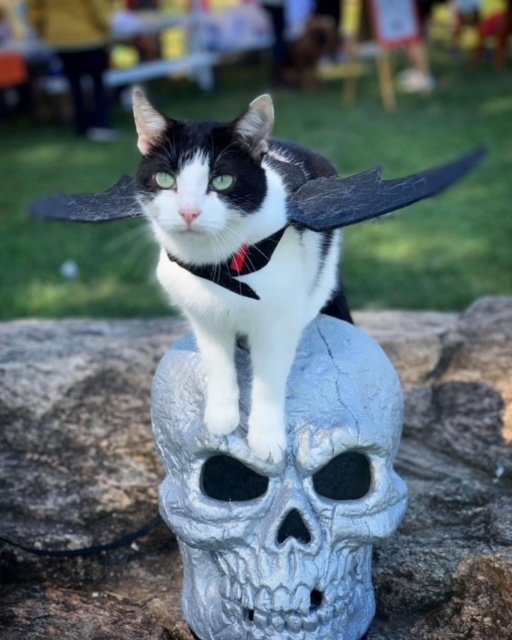 Two of her performing cats, Jax (one of my human’s favorites), and Nue, have been ill lately, racking up large vet bills. Samantha’s latest bottle babies have also been sick. 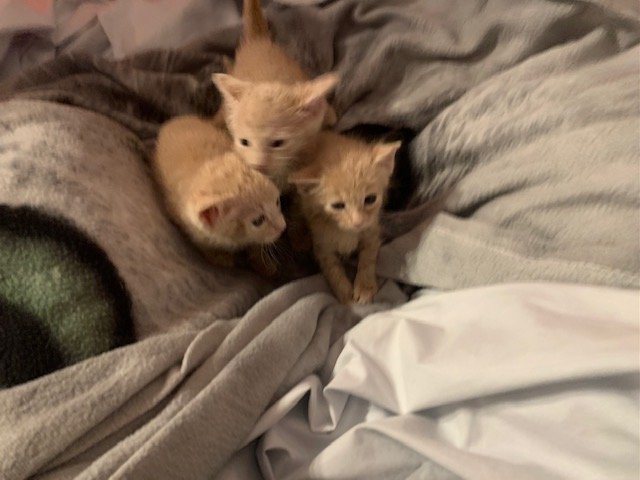 The Acro-Cats and Rock Cats Rescue are a very hard working, group of humans and felines. They have an amazing message about cats and rescue that goes along with their incredibly entertaining shows. To stay afloat, they need help right now, and lots of it. 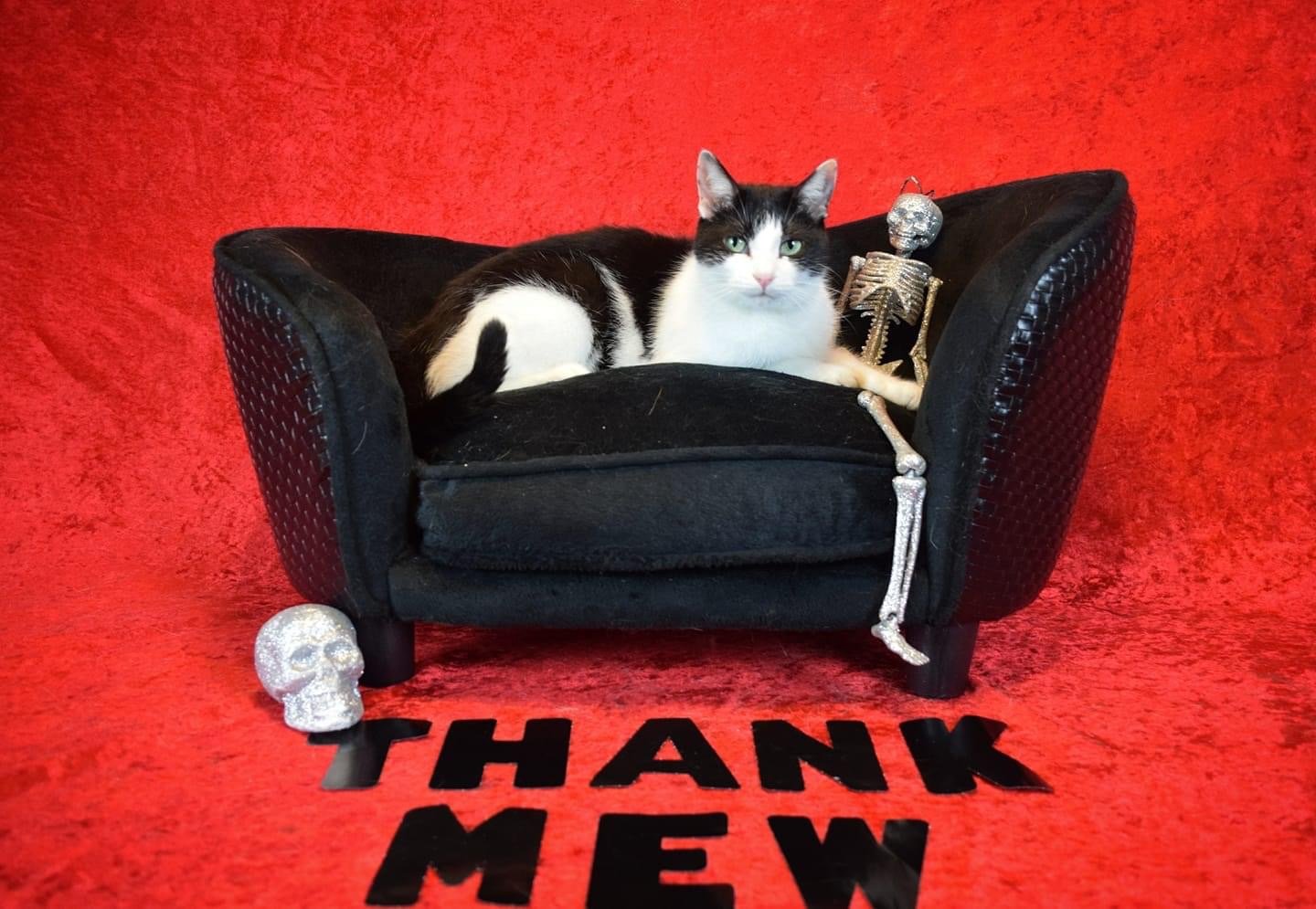 Can you honor Boodie by donating something? Any amount helps. And spreading the word about them helps too!

Have you seen the Acro-Cats? Let me know in the comments. My human has, several times.