You are here: Home / Kitty Wisdom / There’s No Such Thing as a Bad Cat. Yes, Really! 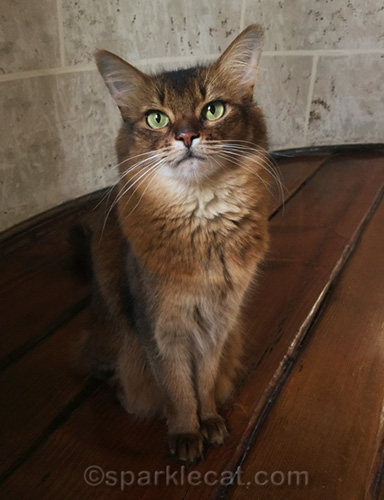 The other day, my human was trying to tell me I was a bad cat. Can you believe it? I don’t remember what I was doing… maybe I was trying to break into Binga’s kennel so I could eat her leftover breakfast or something. Whatever it was, it was something that required some deep thought and deductive reasoning. Which is absolutely not bad. You’ll be happy to know that a moment after calling me a bad cat, my human came to her senses and realized I, in fact, was not bad.

“Wait a minute!” she muttered. “Cats don’t even know what bad means.”

After decades of having cats, only now has she figured out that cats don’t have “bad” as a concept. So tell me who has a better grasp of deep thought and deductive reasoning here? But honestly, I’m not here for any human-bashing. I just want to point out something that humans seem to have a hard time grasping:

There is no such thing as a bad cat because “bad” is not part of a cat’s reality.

It’s all pretty simple. Humans are complex beings, with a lot of opinions about what is right and wrong (and sometimes they aren’t right about that!). The funny thing about humans is that their sense of right and wrong ties in pretty well with a) things they want and b) things they Do Not Want. We cats dispense with the inner commentary and just go with it (or don’t go with it).

When Boodie wants to steal my breakfast or dinner, she’s not being bad, she’s just going after what she wants. If my human thinks she’s bad for doing it, well, that’s on my human. Boodie doesn’t think it’s bad. She doesn’t know what bad is. She does know that it’s likely my human will try to stop her… unless my human isn’t paying attention. Boodie feels no guilt.

When Binga acts out because my human’s boyfriend is packing his suitcase to go off and play some shows, she is not being bad. She’s running around, getting into stuff and knocking things over because the humans think it is bad! That’s different from thinking she is the bad one. When she acts out, she gets lots of attention from the humans as they try to deal with her insane behavior. And in Binga’s eyes, that is certainly not bad at all!

When you tell a cat she is bad, the cat thinks you are either a) making no sense, b) unreasonable, c) stupid, or d) scary and mean. None of these are good looks on humans. So humans, instead of scolding a cat who is behaving in a way you think is “bad,” put on your thinking caps. Look at the cat’s behavior and try to understand why she is doing whatever she is doing. Then you can figure out something better for your cat to do.

Can you guess why I was trying to break into Binga’s kennel? It’s not that hard, really. My training, play and dress up sessions have been pretty scant lately. I’ve been bored — and hungry! So of course, I am going to try to make my own fun, and grab a few snacks while I’m at it. That is pretty smart of me, isn’t it? And who do you think is the bad one here for not scheduling more activities for me? Hint: I’m not the guilty party.

Oh, and if you’re wondering about the cat’s third reality, instinct, that’s stuff over which she has no control. Some of it is solved by spaying and neutering. The rest of it… well, that’s for another blog post some other time. 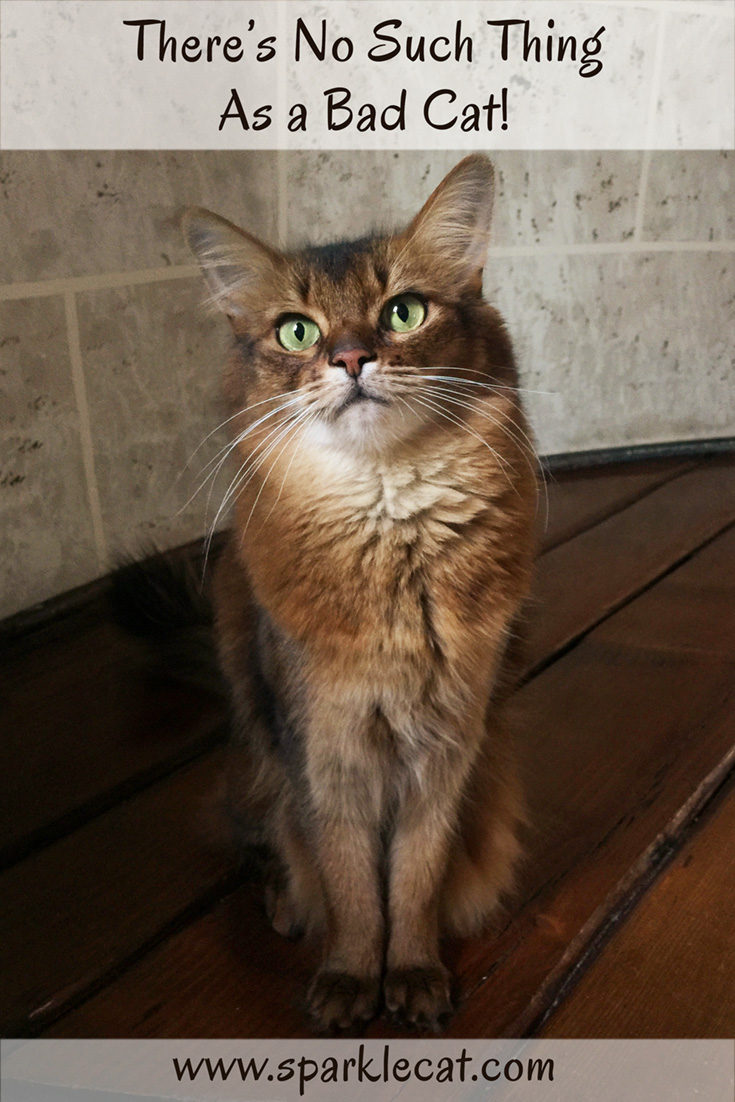 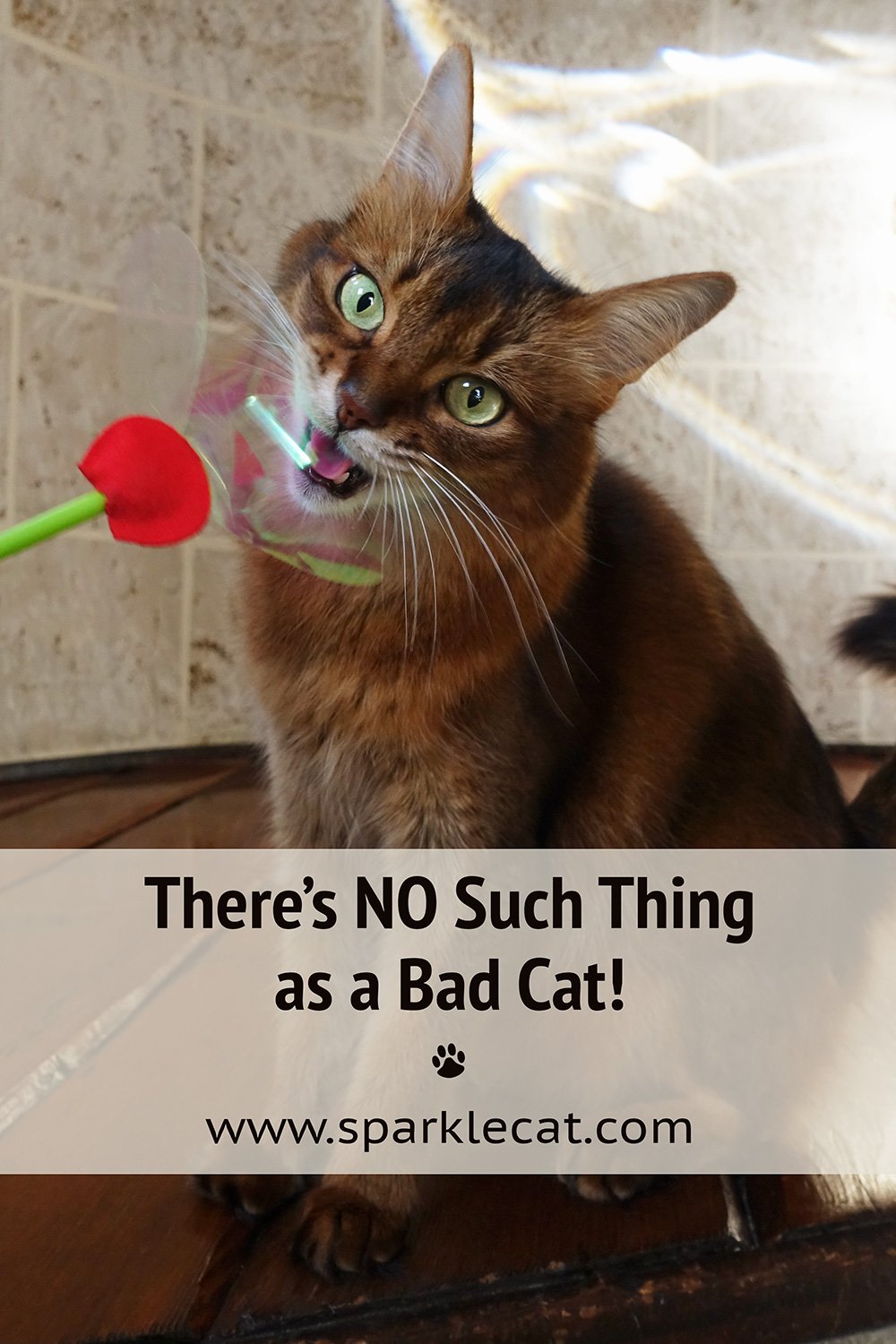