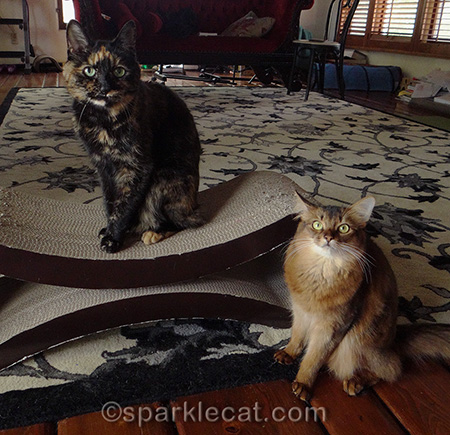 Some of you know how Binga wound up here and some of you don’t… but it’s always worth telling again!

Many, many years ago, my human and her boyfriend made friends with a neighborhood cat who went missing for a couple of weeks. My human went searching for him at the local animal control facility. He wasn’t there… but this amazingly friendly young black cat was. My human decided she wanted him, but it was October, and they weren’t adopting out black cats until after Halloween, for the cats’ own safety. While my human was discussing this with the shelter workers, there was a crazy little tortoiseshell kitten desperately begging for attention, mewling and reaching out through the bars of her cage, trying to grab anyone she could get her paws on. My human didn’t want to leave this crazy little cat behind, but she already was planning on picking up the black kitty November 1. Fortunately, her boyfriend worked at a vet clinic at the time, so she figured she could rescue the tortie kitten, take her to the clinic, and she could find a home with their help. The clinic often had adoptable kittens there. 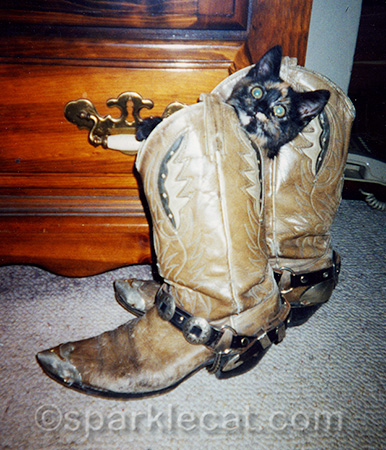 So that’s how it worked out… except when my human went to get the black kitty a few minutes after animal control opened on November 1, somebody else had already adopted him! The person who had brought him in as a stray actually wanted him, but had turned him in just to make sure he didn’t belong to anyone else. When he wasn’t claimed, she picked him up as soon as she could. The animal control people were surprised because in those days, two people never wanted the same cat, much less a black one. So my human went home empty-handed, called her boyfriend at work, and told him to bring home the kitten. And that’s how Binga came to live here. She was named Binga because she bounced off the walls – bing, bing, bing! She also thought it was fun to attack the human’s faces first thing in the morning to wake them up. Fortunately she grew out of that.

Binga has a lot of tortitude, and the cat before Sparkle, a calico, did not like her at all. Binga also used to get on Sparkle’s nerves a lot, as many of you remember. I can see why, but you know what? She is my pal and I am glad the humans brought her home all those years ago. 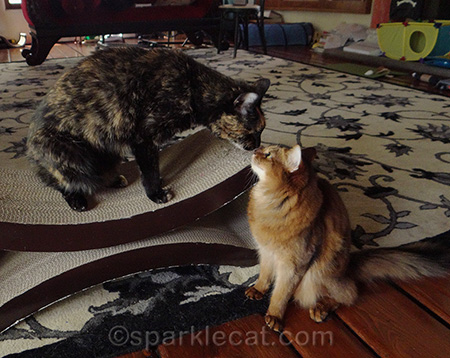 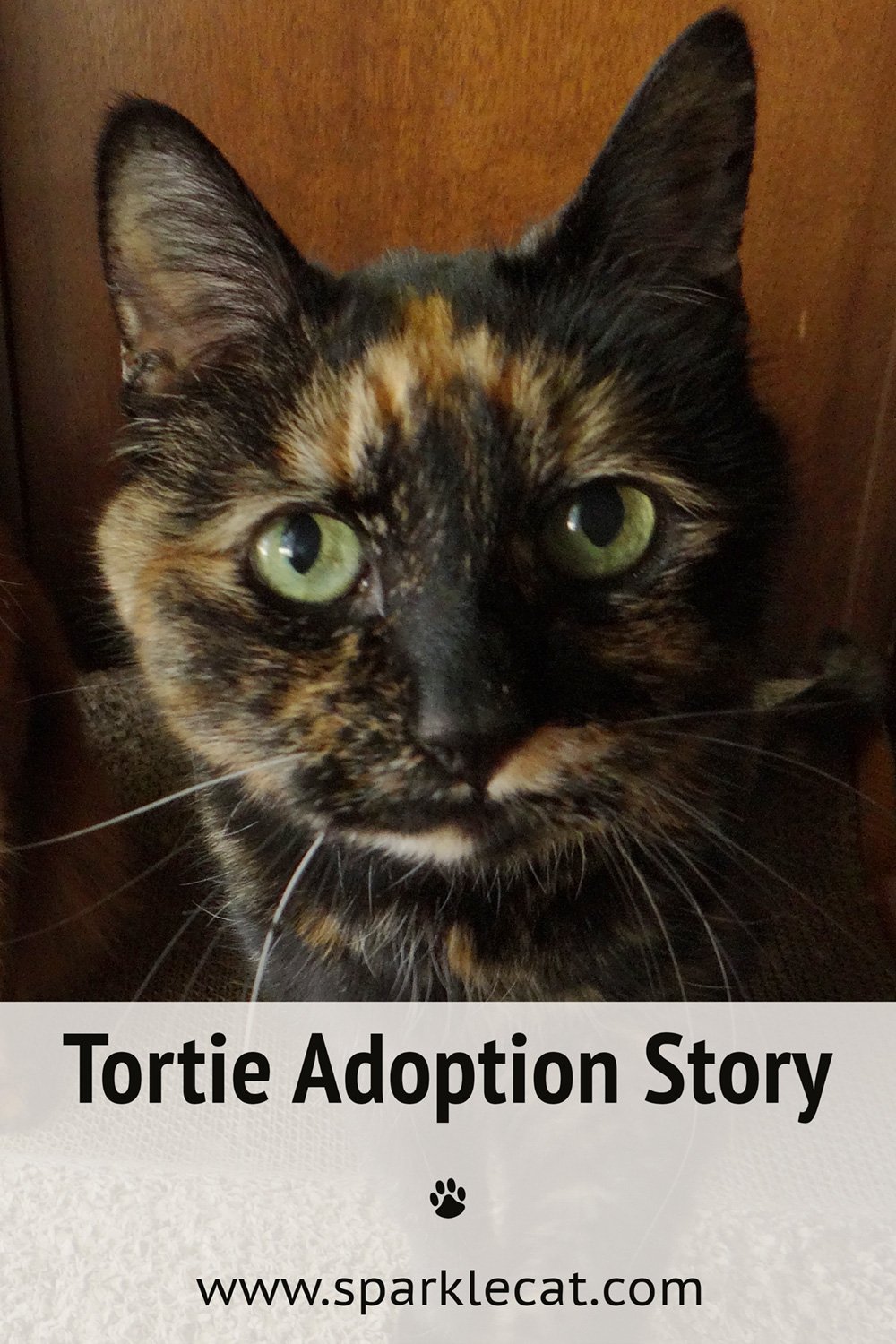