You are here: Home / Kitty Wisdom / 9 Misconceptions Cats Have About Humans 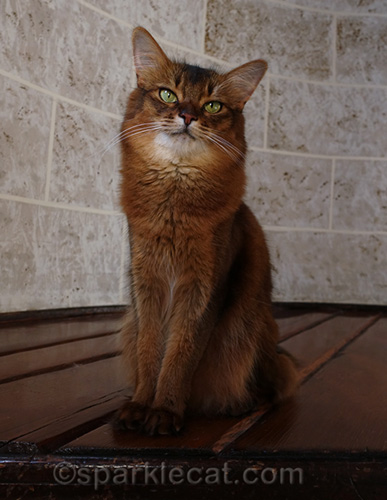 Humans have a lot of misconceptions about cats… but to be fair, we kitties also have some misconceptions about humans. Some human behavior we get completely wrong, mainly because we expect humans to act like cats — but of course they can’t do that. They just don’t have the smarts or the skills. But if we cats took some time to learn a little more about humans and the way they think, maybe the things they do wouldn’t be so confusing. So here is the truth behind a few of the biggest misconceptions we cats have about these fascinating, almost-hairless two-legged servants of ours.

That’s what I’ve got for today! Have you found any other misconceptions cats have about humans? Let me know in the comments!