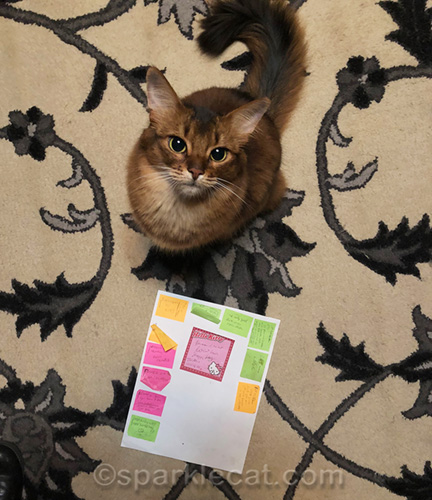 While my human was clearing off a cabinet, she found a paper with a bunch of Post-It Notes stapled to it. It took her a minute to realize they are old ideas that Sparkle had, for both her blog and some other things. Of course, they are all in my human’s handwriting, since she’s the one with thumbs — but the ideas have Sparkle’s paw prints all over them.

Most of these ideas are pretty specific to Sparkle and her personality, which is why they got put away somewhere, but I think you will enjoy seeing them. I was just going to post photos of the Post-It Notes, but I realized that my human’s handwriting is illegible to anyone but her (and sometimes she can’t even read her own handwriting!). So I’ve deciphered them for you, and added some notes about each one. Since there are so many, I’ve divided them into two posts. Part 2 will run next week. 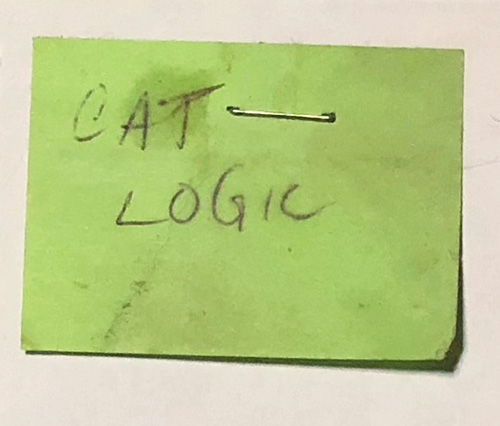 Is there any other logic? My human printed this one, so it’s easily readable. I’m not sure where Sparkle was going with this, but I bet it would have made a good blog post, or maybe something more. 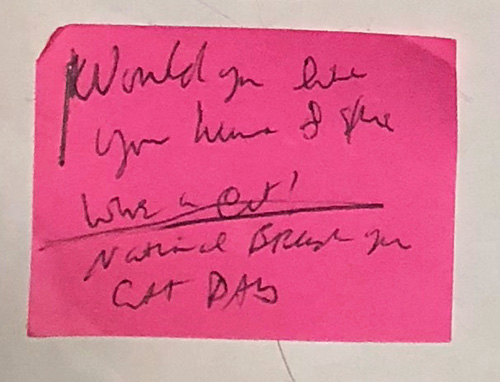 2. Would you like your human if she were a cat? and National Brush Your Cat Day

This is a two-for-one Post-It Note, and they are both actually awesome ideas (not to mention almost completely illegible)! The first one gives some thought to how human traits translate to cats. Think about it — some humans might be pretty annoying if they were cats! And I imagine that, for the second one, she was planning a new holiday. She liked being brushed, as do I. 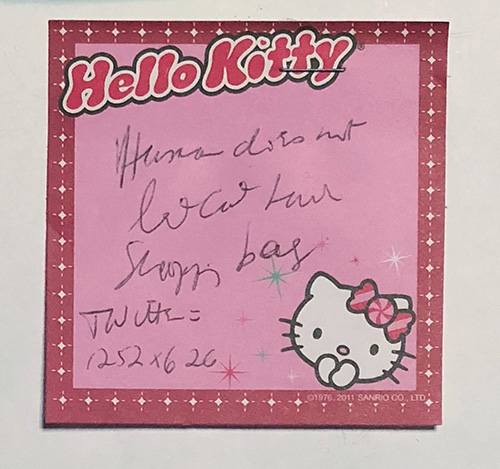 3. Human does not let cat have shopping bag

Honestly, I’m mystified by this one! I’m not sure where Sparkle was going with this. I will say it does happen all the time here. We rarely get to play with the shopping bags. They’re shunted off somewhere to hold recycled paper and bottles. The part at the bottom — “Twitter=1252×626” was, as far as I can tell, the optimum measurements for a Twitter graphic at the time the note was written. That last part was something my human was concerned with, not Sparkle. 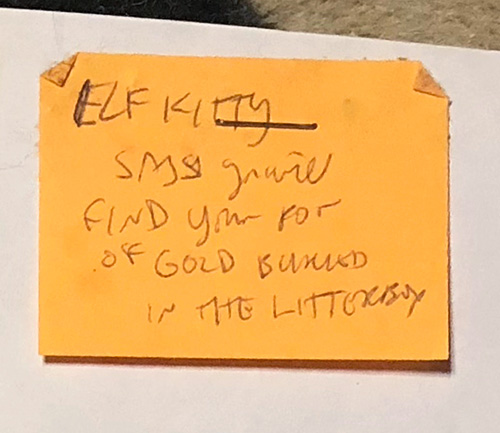 I think Sparkle meant leprechaun kitty, and it was probably an alternate interior caption for this card on Zazzle. The card, and its present interior caption, is actually one of my shop’s best selling items! 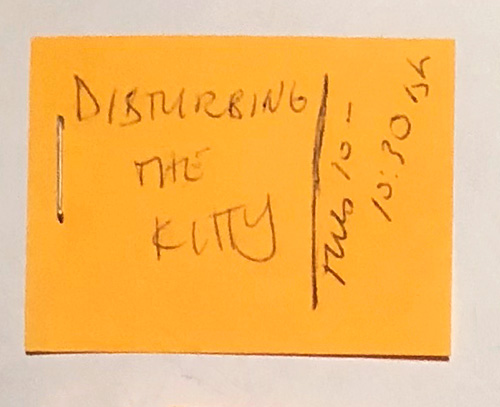 This one is kind of strange because my human added, “Tues 10–10:30ish.” It’s like my human had actually written down a specific time for kitty disturbance! I don’t think the two are related, but I wouldn’t put it past my human. Maybe she was going through one of her time management periods. 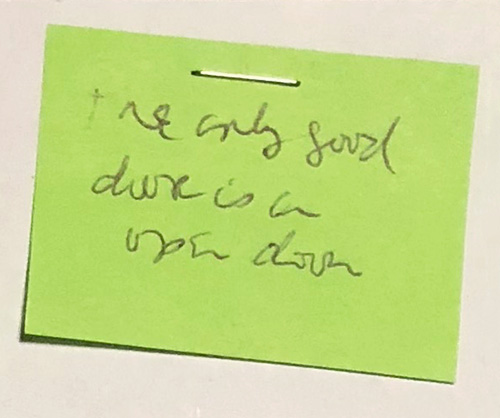 6. The only good door is an open door

This seems like a vague idea Sparkle was working on. Maybe not a whole post, but an idea or phrase she wanted to throw into one. Or who knows? Doors really do deserve their own blog posts, don’t they?

I’ll finish these up in Part 2 — there are still some good ones left!