You are here: Home / Kitty Wisdom / Leo Needs a Home! 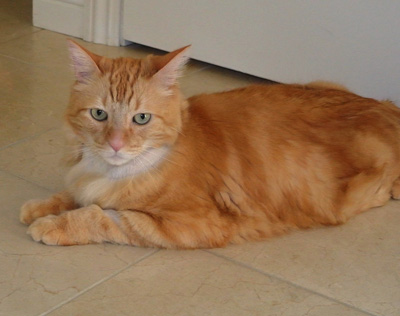 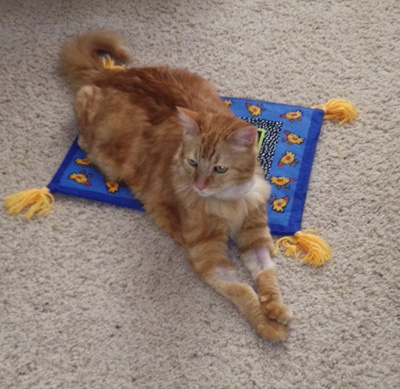 You may recall my blog post about Leo from a few weeks ago: he was suffering from hepatic lipidosis and he almost died. A bunch of you helped fund his recovery, and he is now well enough to go to the human or humans who know in their hearts that he is the cat meant for them… even if they have not seen him yet. 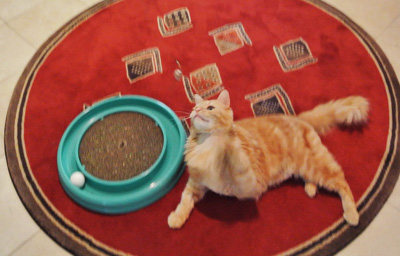 Leo is a real people cat, which probably caused his hepatic lipidosis in the first place — he was given up for being “too affectionate” (as if!) and this sensitive soul went into a downward spiral after his abandonment. His eating will still need to be monitored for a couple of months after he is adopted, and he must have a water fountain to keep him drinking. He gets anxious when he is left all by himself, so at least one of his new humans should be home most of the time. Maybe they can have a home office like my human, or be retired or a stay-at-home husband or wife. 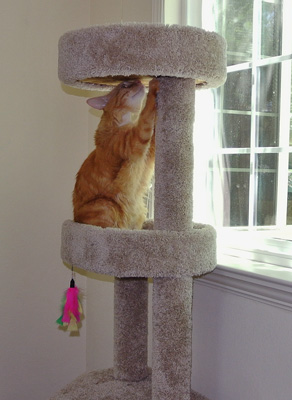 Leo is a very fun guy! He loves to play and he is adventurous. He enjoys exploring everything in the house and even knows how to open cabinets. Although he was estimated to be between 6 and 8 years old, it is likely he is younger than that.

Right now, Leo is being fostered by Savannah’s humans, and they love him dearly. They really wanted to give him a home — badly! — but they have not been able to get Savannah to accept Leo and both of them are acting out because of it. So they want Leo to find a home as soon as possible, so he can have his own family to love, preferably not far from where he is now. It is better for Leo to not deal with the stress of traveling a long distance. 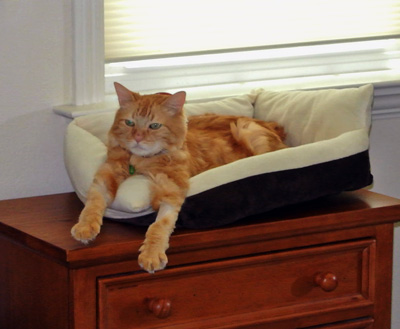 For more information about Leo, click here. And please share this post and spread the word about him! Somebody has to know somebody in the northern California area who wants a handsome orange cat who will be a fun and devoted family member.