You are here: Home / Kitty Wisdom / Kitty Bungalow’s A CATbaret… and Swag Giveaway! 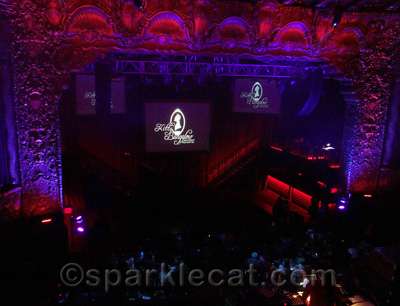 Yes, I am having two giveaways in the same week! I am very excited about that. On Sunday night, I sent my human to the Belasco Theatre to represent me at the Kitty Bungalow A CATbaret event. 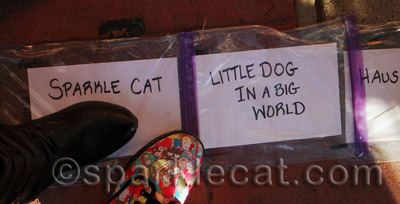 It was a very big deal — an event like this goes a long way to fund a rescue organization’s yearly operations. Kitty Bungalow headmistress Shawn Simons has an entertainment industry background, so she knew how to put together an amazing star-studded event! 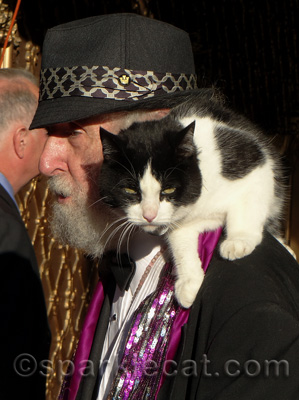 But of course, I was more interested in any cats that happened to be in attendance — and there was one! It was Newton, whose human is a magician called the Fantastic Fig. 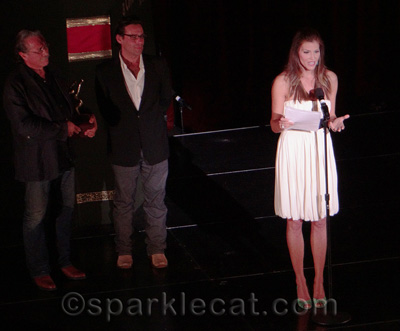 Before the show started, actor Tricia Helfer was given the Cat in White Spats Award by her Battlestar Galactica co-stars Edward James Olmos and Jamie Bamber. They looked on as she gave her speech — and talked about her cats. 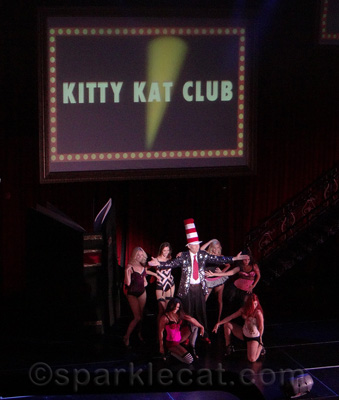 The show was a revue of cat-themed song and dance numbers, like the one above featuring Modern Family’s Fred Willard. Other celebrities included Lori Alan, Keith David, Roshon Fegan, Kelley Jakle and Bethany Joy Lenz. There was a special area laid out for the bloggers, and my human hung out with Kate Benjamin from Hauspanther, Cokie the Cat’s human and Sophia Lauren, Alvarado, Chula and Mary Claire’s human. 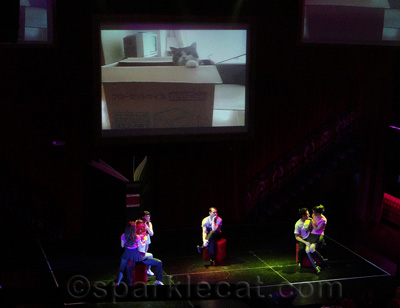 One of the numbers that went over especially well involved humans dancing to “What’s New Pussycat?” while cat videos played on the screens. 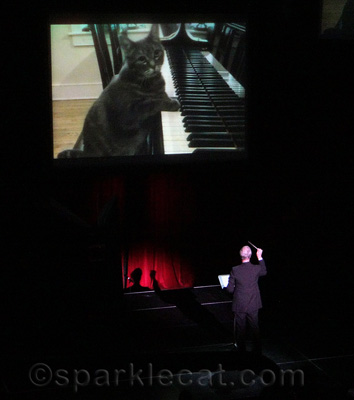 The highlight for my human was seeing musical director Greg Haake conduct a cat-certo with Nora the Piano Cat on video. 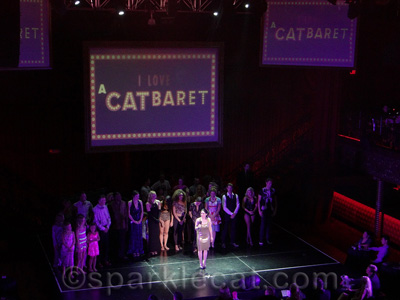 It was an awesome show and when Shawn Simons came out front and center at the end to thank everyone, she looked very happy. Then there was an after party with an open bar, dessert bar and… 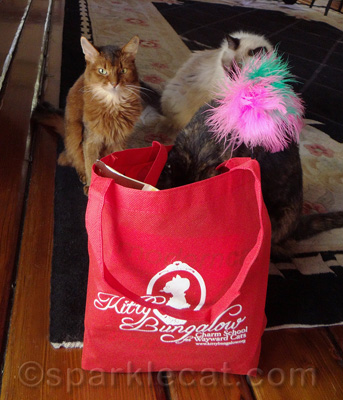 A swag bag! As you can see, Binga had to take a sneak peek. 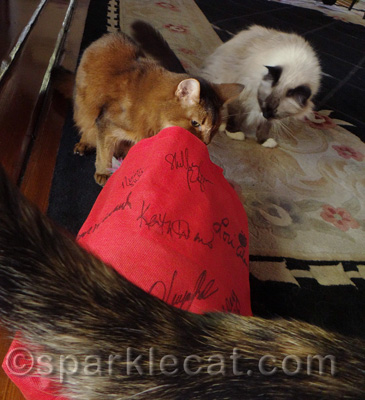 My human even got a bag that was autographed by the cast! Thanks for the photobomb, Binga. 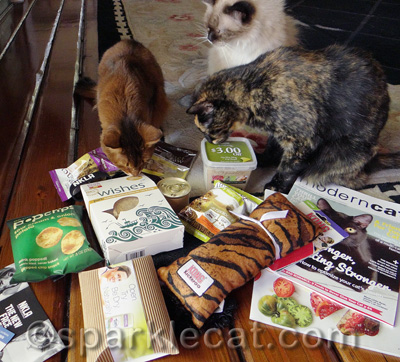 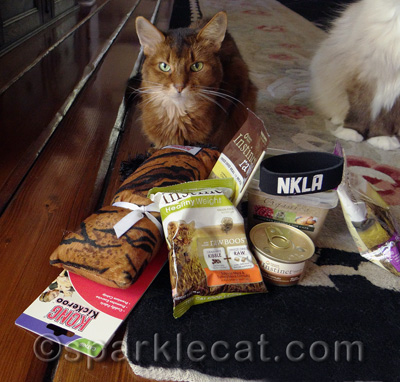 Which brings me to my giveaway: I had my human set aside the best kitty stuff (she selfishly kept the human things) for a giveaway! Along with these food samplers, treats and toy, you get an autographed Kitty Bungalow bag like the one above because they actually gave my human two of them, one to give to my readers! And this time, all my readers can enter, since my human will send it where ever you are! Just enter with the Rafflecopter widget below — giveaway ends August 12 at 11:59 PM Pacific Time:


I’ll announce the winners for both the Fancy Feast and Kitty Bungalow A CATbaret swag next Tuesday! 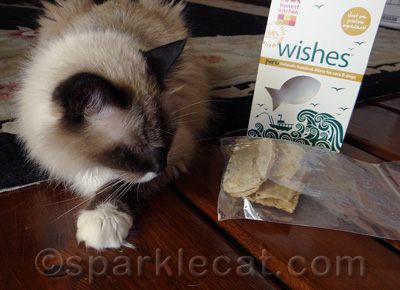 Yes, we kept the Wishes Icelandic haddock filets because Boodie would not part with them.