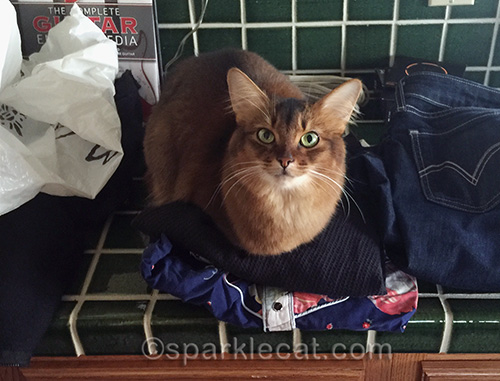 It’s that time of year, when humans die from cuteness and explode with frustration. That’s right, kitten season is here, and because people did not spay and neuter their cats or the strays in their community, kittens abound. Just in time, Kitten Rescue has opened their new nursery, and they threw a kitten shower to celebrate! We only live a few minutes from Kitten Rescue’s Casitas sanctuary, so my human popped over. I stayed home and loafed. 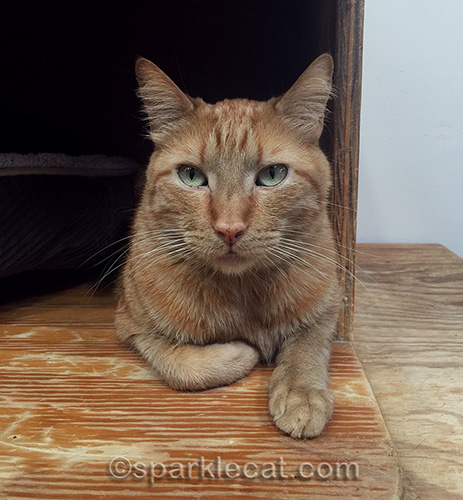 Perversely, the first thing my human did was check out the adult cats. Kitten Rescue had recently upgraded their area, so she wanted to see how they liked it. In spite of the crowds, this orange guy seemed pretty chill. 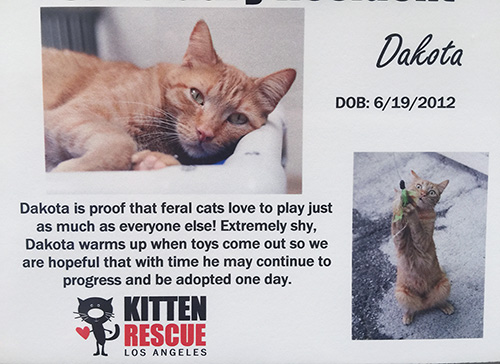 Here is his information sheet — all the cats had one. 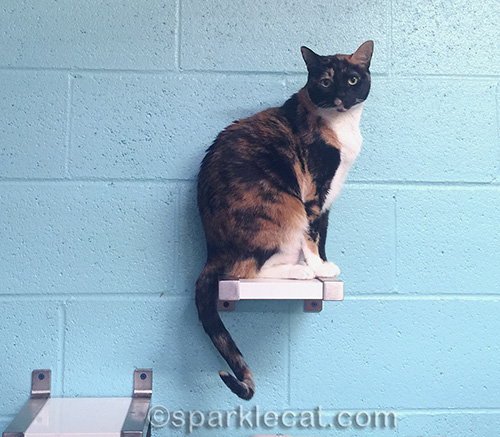 This tortie and white kitty had drawn quite a crowd, and she was quite happy to just pose. 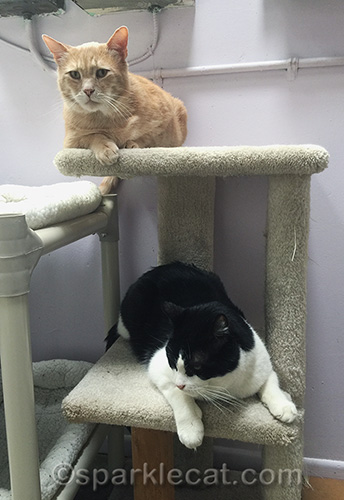 My human didn’t catch the names of these two cats, but they didn’t seem to mind all the visitors either. Most of the cats, in fact, seemed pretty calm about it all. 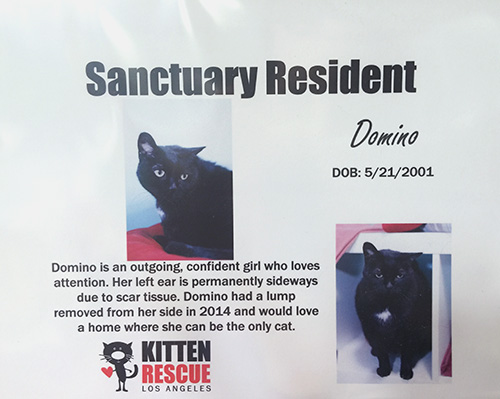 One cat my human looked for but couldn’t find was Domino — she was one of the recipients of the Santa Kitty Toy Hop a year and a half ago. She had a brother, Monster, but he passed away a few months after the Santa Kitty Toy Hop. My human found Domino’s information card, so she knew she was still there. Perhaps she was napping somewhere. 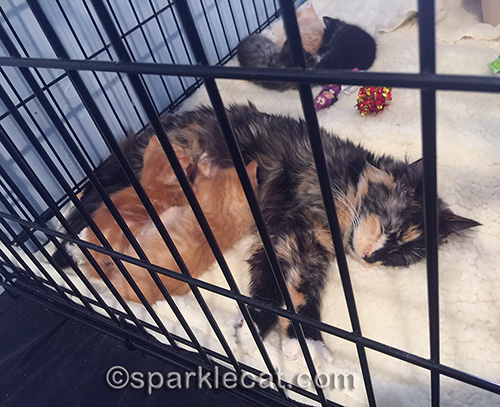 Finally my human made it over to the new nursery. There were several nursing moms, including this pretty tortoiseshell. 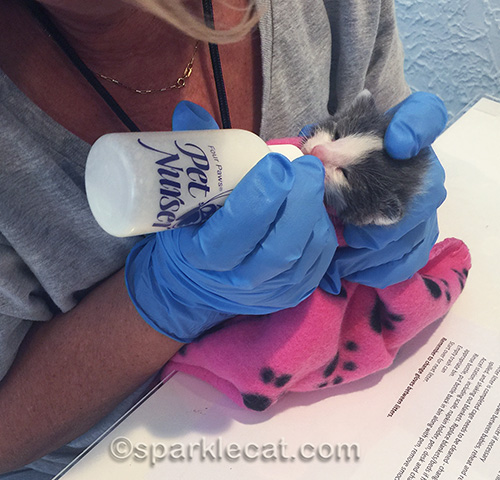 There were some kittens without moms, and that’s when volunteers stepped in. 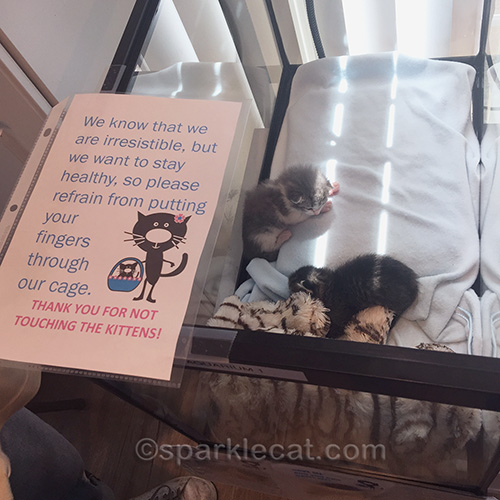 It was really tempting to reach out and touch these babies, but each cage and enclosure had signs warning the visitors not to do that. 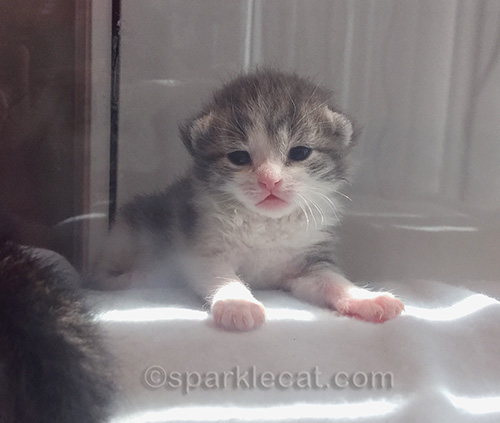 This baby doesn’t realize how lucky he is — he has a team of volunteers helping to take care of him and the other kittens in the new Kitten Rescue nursery. He’ll grow strong and healthy, and when he is old enough, he’ll find a good home. There are lots of kittens — some in your neighborhood — who need help. Do some research and see what resources are available where you live, so if you happen on kittens in need, you know what you can do for them.