You are here: Home / Kitty Wisdom / Is Your Cat Right or Left Pawed? Can You Tell Paw Preference? 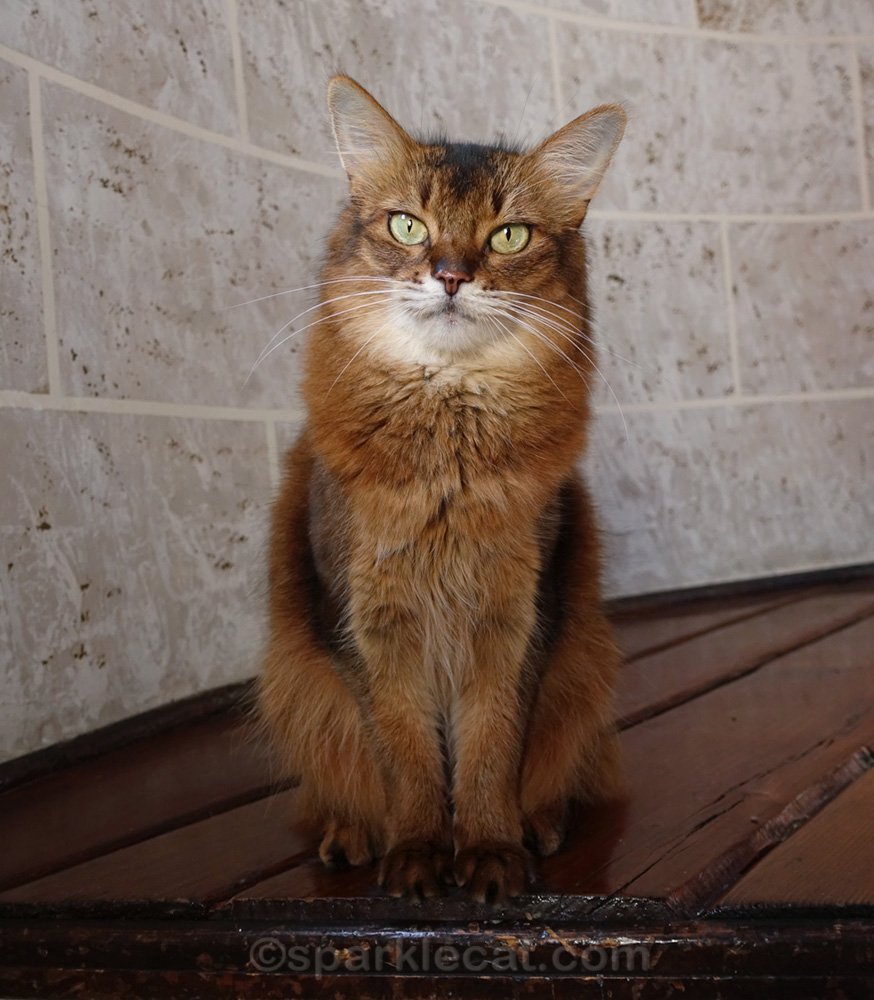 Apparently cats do have paw preference, just like humans do with their hands. Researchers studied cats (in their own homes!) to see whether they favored their right or left paws, and most really did lean towards one or the other. Interestingly, male cats tended to be left pawed, and more females were right pawed.

Of course my human wanted to see which paw I favored. So she tried a simple test.

To find out your cat’s paw preference is pretty easy, although it takes some time. You just observe their normal daily activities. Which paw goes first when they step in and out of the litter box? Which one do they use when reaching for toys or treats? When going up and down stairs, which paw do they step with first? Things like that. Over time you’ll probably notice that your cat uses one paw more than the other. 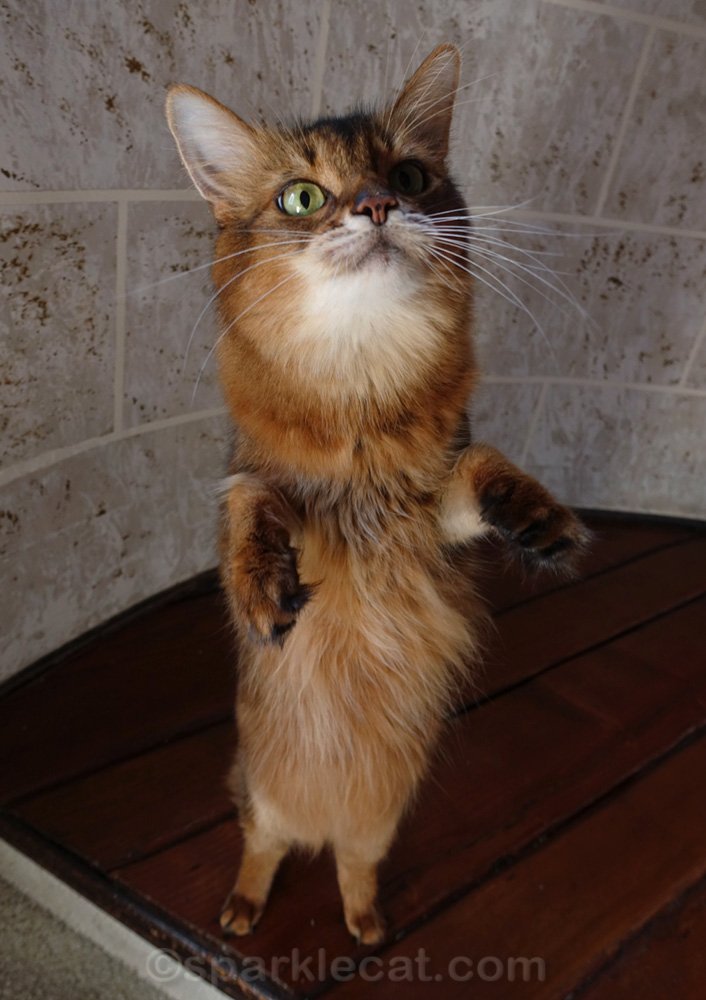 Because this is a blog and you don’t have time to watch me all day, my human had a quick session where she offered me treats. She figured I’d probably use one paw to reach more than the other. I fooled her at first! I sat up. 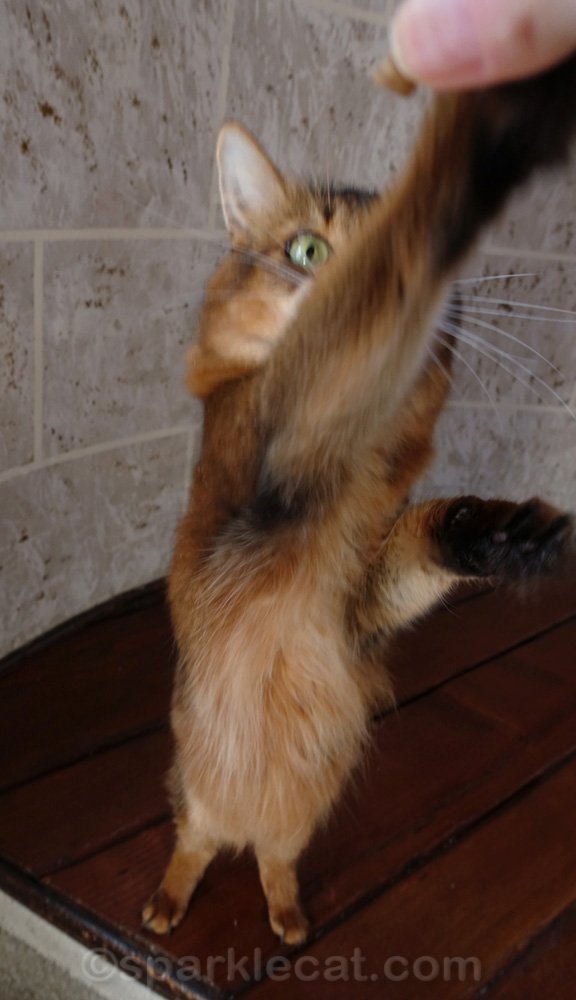 When I realized I wasn’t getting the treat until I reached for it, I did… with my right paw. 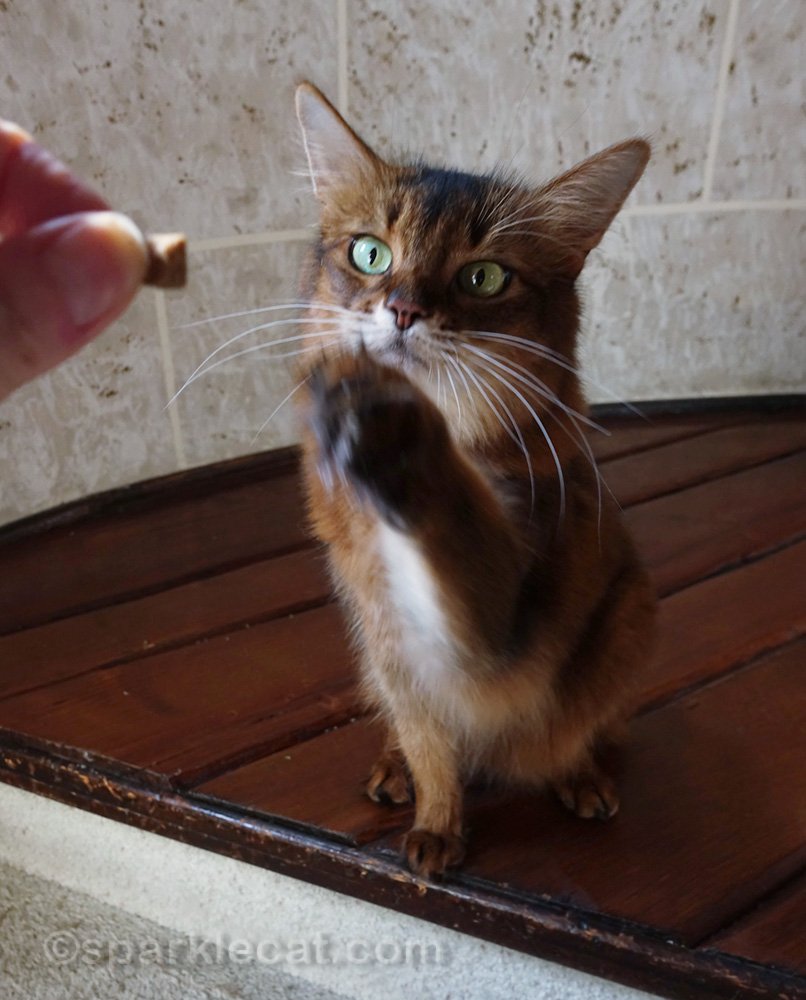 But when she tried again, I reached out with my left paw! 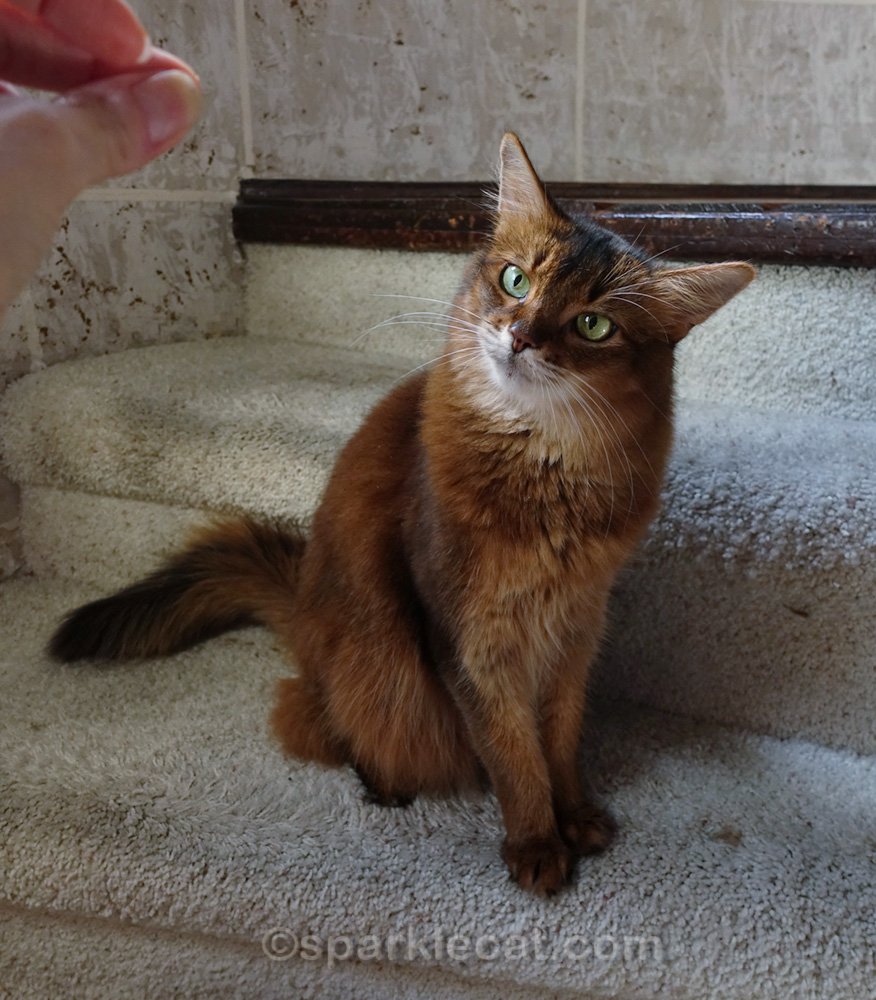 To make sure she wasn’t affecting the outcome, my human switched the hand she was using to give me the treats. 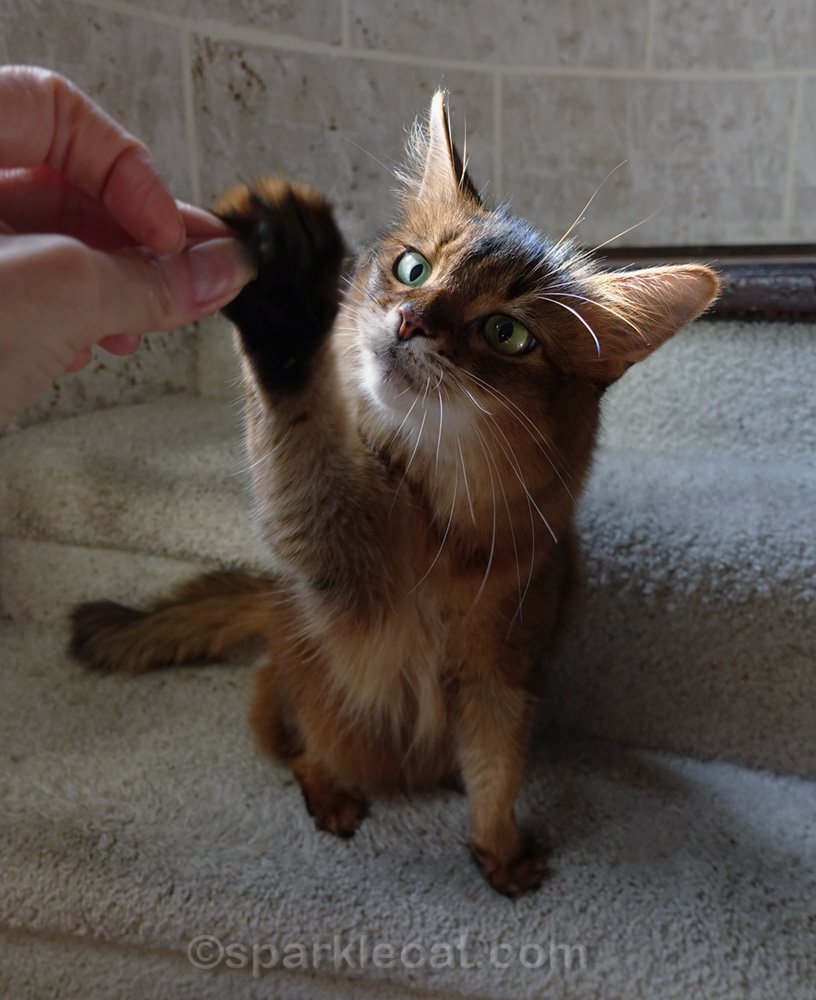 It didn’t really make a difference. I’d use one paw… 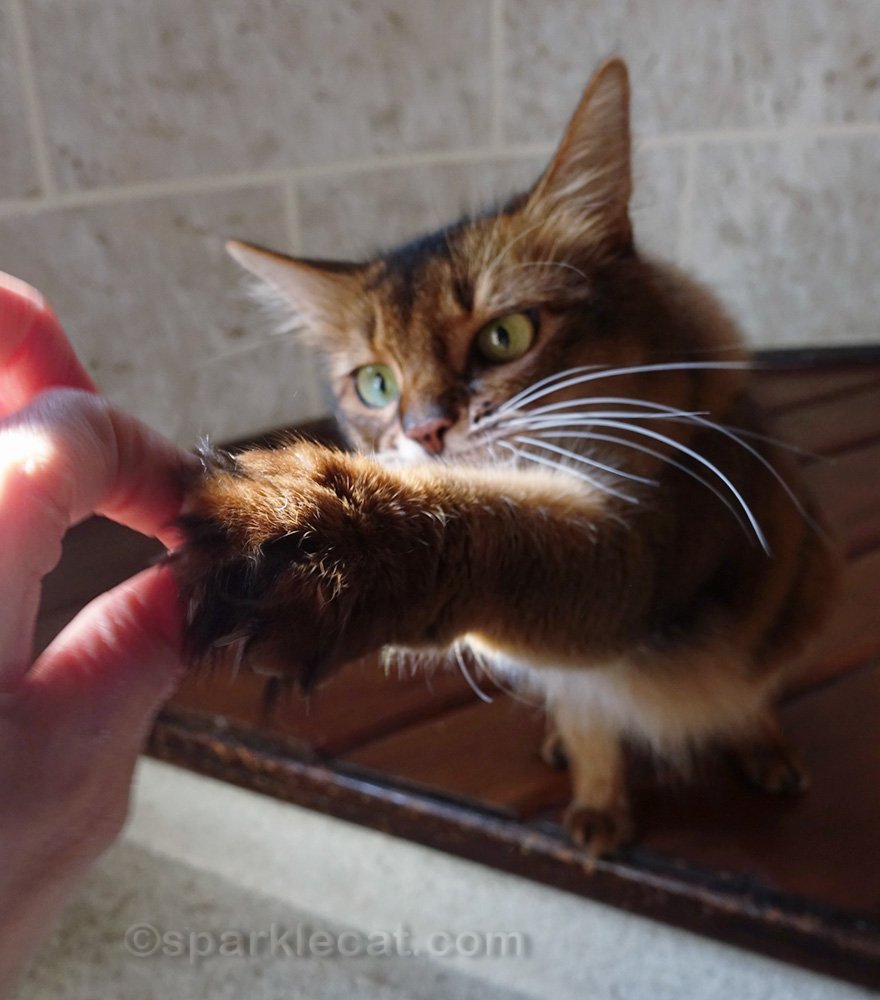 And then the other! But before she could conclude I am ambi-pawed, she realized something. She has spent a long time teaching me tricks with my paws, and as part of the routine, she decided to use different paws for different tricks! She figured the commands would be less confusing for me that way. That’s why I high five with my right paw and wave bye-bye with my left. So yes, I am ambi-pawed, but it is not necessarily natural! 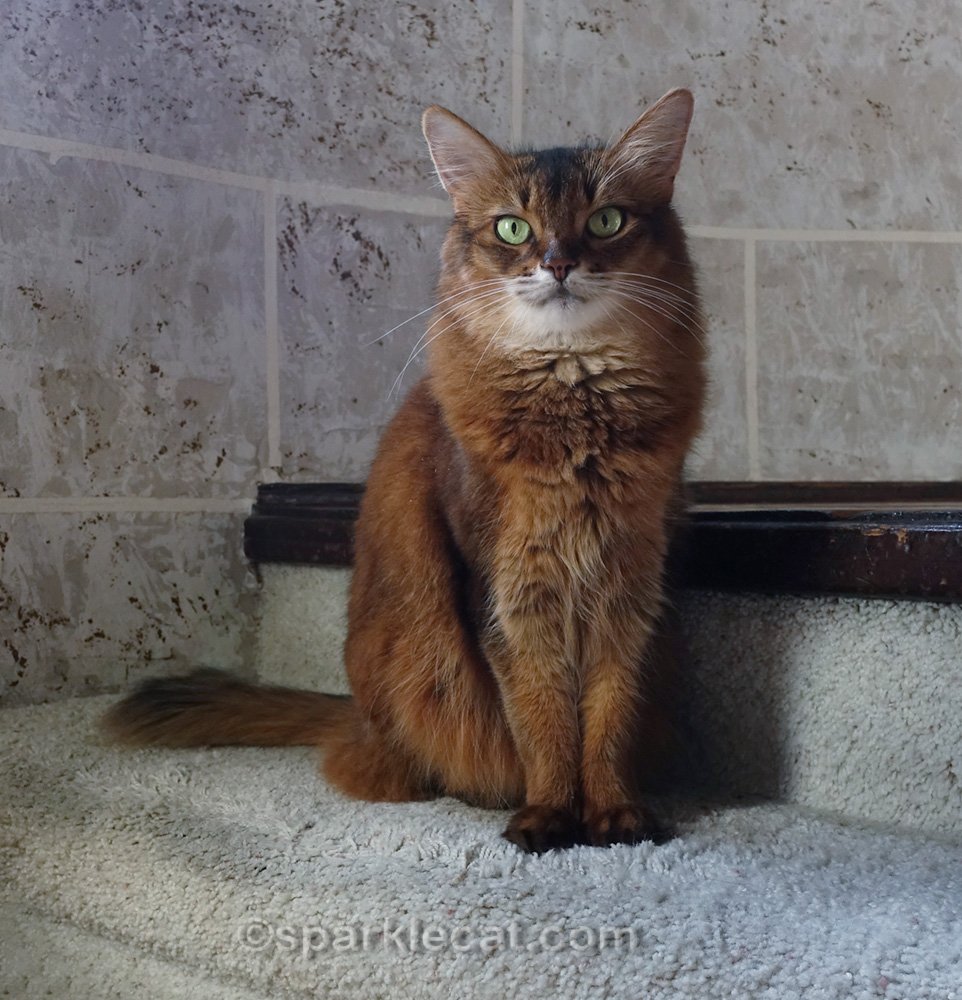 I bet you’d be lots more successful figuring out whether your cat favors their right or left paw. Have you ever tried — or do you plan to now? Let me know in the comments! 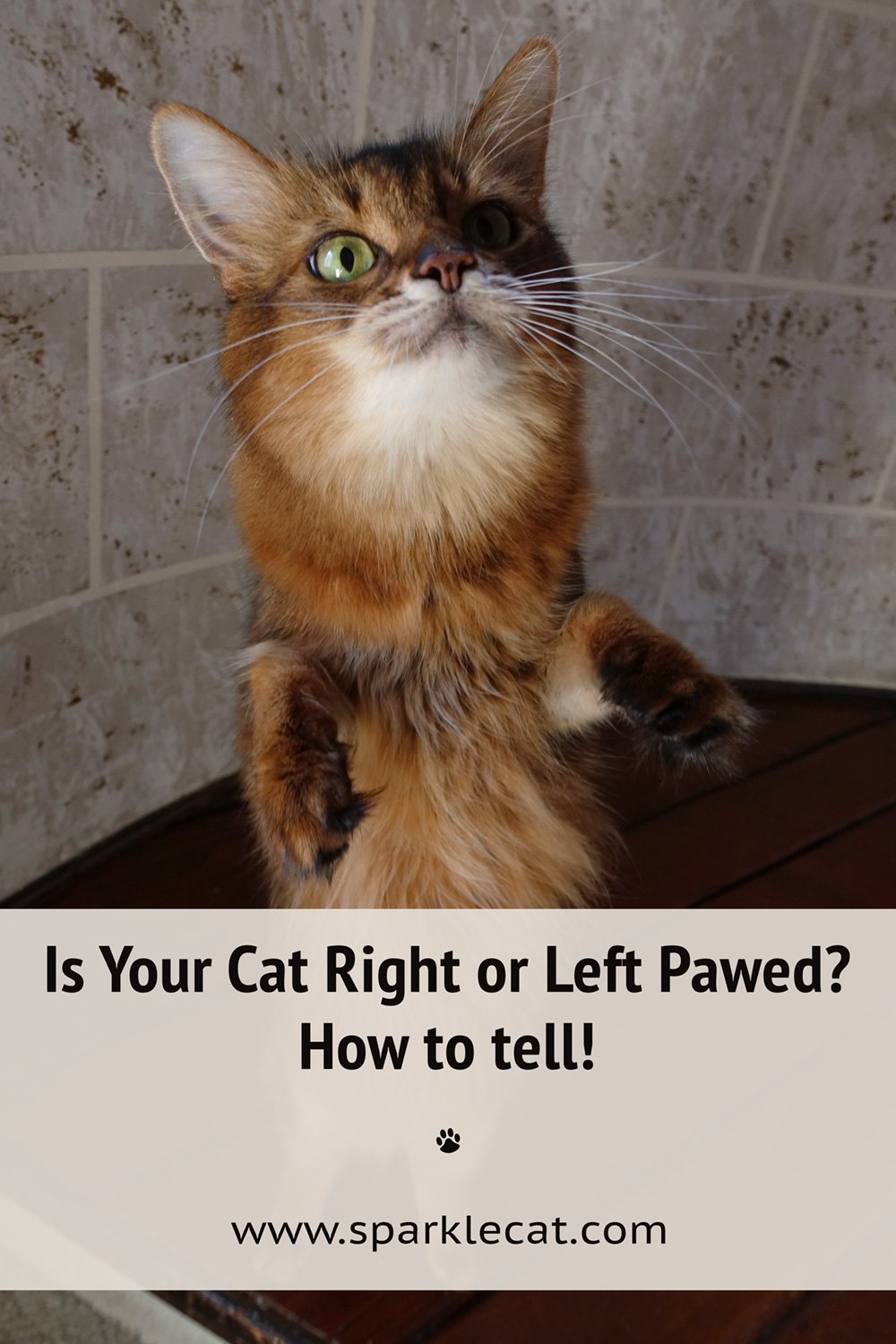