Although nearly all of you could identify at least one, only a pawful of you kitties knew all the blogging cats from Satuday’s post about the cat rescue anthology! So let me tell you about them: 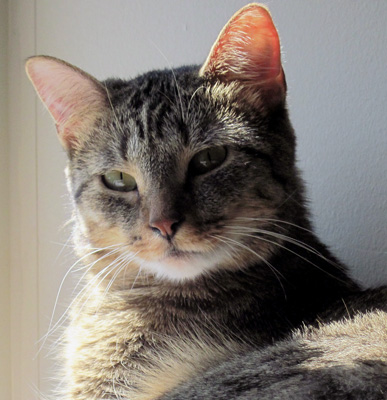 You may know Crepes from her blog, Cat in the Fridge, and you may also know her from her appearance in one of the Catdance Film Festival’s finalists, Catalogue. Crepes started life as a special needs kitty in desperate need of rescue (she had severe respiratory problems as a kitten, has herpes and is missing a foot), but she was too spunky to let that get her down. In fact, she works hard now to help other special needs kitties. The rescue she will be supporting with her story is Tree House Humane Society. 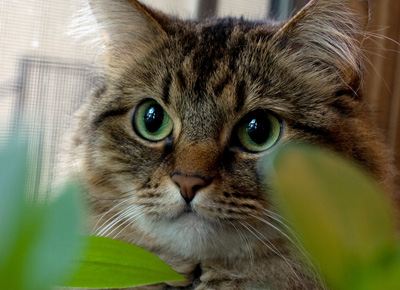 If you ever look at the comments on the ManxMnews blog or The Cat Post Intelligencer, you are bound to know who “Ping’s Girl” isÂ â€” of course it is Gemini! The other kitties in her family, Chey and Ichiro are a little more outspoken, so I am really happy my human gave this pretty tabby girl a chance to tell her story! There is a lot that might surprise you about Gemini. For example, did you know that she was blogging before Chey was? Or that she has two distinct sides to her personality? She came into her human’s life at a very distressing time and I think you will really want to hear all about it! Gemini will be supporting Purrfect Pals! 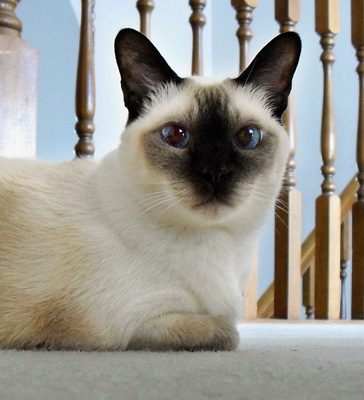 Ryker is a very special kitty for me because I knew him before I knew these other kitties, back on Twitter, and he is no longer with us. In fact, most of you probably know the other kitties in his family, Allie, Faraday and Maxwell from A Tonk’s Tail. Before them, there was Ryker, and A Tonk’s Tail was originally his blog. If it hadn’t been for his human, Ryker would have been euthanized by his breeder because of his illnesses. See? Even purebred kittens desperately need rescue sometimes. Ryker has an awesome story, and the rescue group his story is supporting is the equally awesome Wayside Waifs. 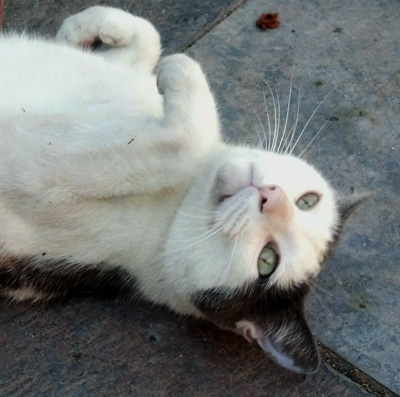 If you don’t know about Rascal and Rocco’s weekly Pet Parades, you should, because they are a fun way to share your favorite blog posts! Rascal and his brother Rocco were adopted twice by elderly humans who couldn’t take them when they had to go into assisted living. Then they found themselves in a completely different situation with the family that adopted them for goodÂ â€” a couple and their two young kids! Rascal, being the more adventuresome of the pair, is the one who tells the whole story. Rascal is supporting Santa Cruz County Animal Shelter. 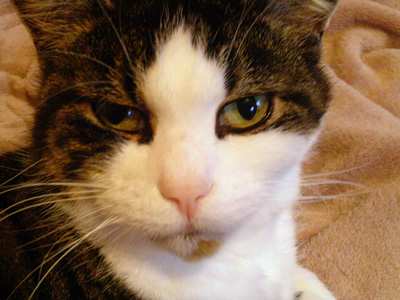 I don’t think Nerrisa needs an introduction with most of youÂ â€” so many of you follow his blog, Nerissa’s Life! My human was really excited to get a submission from him because he won this year’s BlogPaws Nose-to-Nose award for Best Blog Writing! She figured his story would be good, and of course it was. Nerissa really knows how to spin a tale, and since he is over 10 years old, he has a lot of tales to tell, starting with his parents (of the feline kind!). As befits a cat whose beginnings were on the street, Nerissa is a big supporter of kitties in need, and the rescue he has chosen to benefit from his story is Anjellicle Cats Rescue.

In the weeks to come, you’ll be meeting the other seven cats in the anthology. They are all very cool! There is even a library cat and a cat who wound up being a star in his human’s cozy mystery books! I am really hoping Rescue Me is a big success, especially since some of you are already asking for a sequel!