You are here: Home / Kitty Wisdom / I Will NOT Stay Silent on National Feral Cat Day! 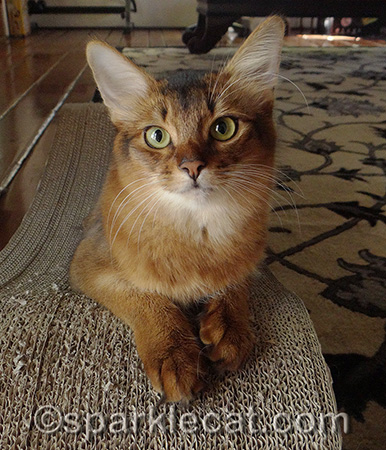 Today is National Feral Cat Day and I want to bring up something that the city of Los Angeles does not want to talk about. I am telling you this as a cautionary story, so that you will keep your eyes and ears open in case it ever happens where you live.

For a couple of decades, the city of Los Angeles worked with nonprofit cat rescues that did T-N-R (Trap, Neuter, Return) to help the large population of feral cats in the city. Then in 2009, some ill-informed but very outspoken members of bird groups decided this had to stop. They sneakily came up with a technicality, using the California Environmental Quality Act. These groups claimed that the city of L.A. did not follow the CEQA’s procedure before supporting TNR and that it needed to perform an environmental review to continue doing it. Unfortunately, these people managed to get a court ruling in their favor.

This did not make TNR illegal — in fact it is done every day here in the city of Los Angeles — but it did a lot to hamper TNR efforts. Groups like Fixnation, Stray Cat Alliance and Kitty Bungalow used to be able to get vouchers to help offset the costs of spaying and neutering ferals. This was no longer allowed. Cat rescue groups, big and small, had to scramble to get private funding for their TNR efforts. Los Angeles City animal control was not even allowed to discuss TNR with citizens. Residents of Los Angeles who go to the city with a feral cat problem are told basically that their only recourse is to have them killed, because that is exactly what happens to any feral that is brought into L.A.’s animal control facilities. Even if the city employees know about the groups that do TNR, they are not allowed to mention them as an alternative. Fortunately word does get around about the TNR groups, but a lot of people still don’t know they exist. 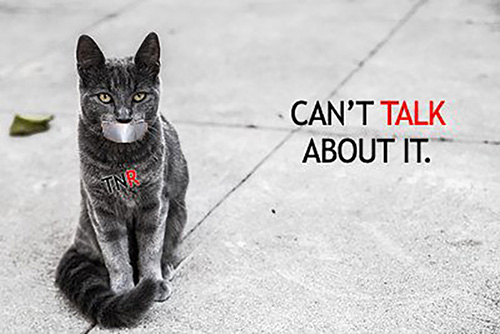 In a lot of ways, this ruling makes the feral cat problem worse because many compassionate humans don’t want to have feral cats in their neighborhood killed this way, and if these people don’t know about TNR, the cats will only multiply. And people who don’t care and just have them removed soon find that more cats take their place (the vacuum effect Alley Cat Allies speaks about). Ironically, you can cross the street from the city of Los Angeles to the city of Burbank (which is surrounded by L.A. city) and find animal control services that are much friendlier to feral cats.

This terrible problem has been going on here for nearly five years (in fact you can read Sparkle’s 2010 story about it here). There is a movement right now to make Los Angeles a no-kill city, but it won’t be complete until the issue about Los Angeles’ feral cats is solved.

Take some time today to find out what is happening with feral cats in your city, and make sure it does not happen in your own backyard!

Note: if you are a southern California resident, stop by the Angel City Brewery tonight — 216 S. Alameda, Los Angeles, 90012 — where Kitty Bungalow is having an art show and a walk-in cattery, where you can pet and play with some reformed feral kitties. It’s from 6:30 to 10:30 — you can find out more details here.