You are here: Home / Kitty Wisdom / I Took the Cat Psychopath Test! 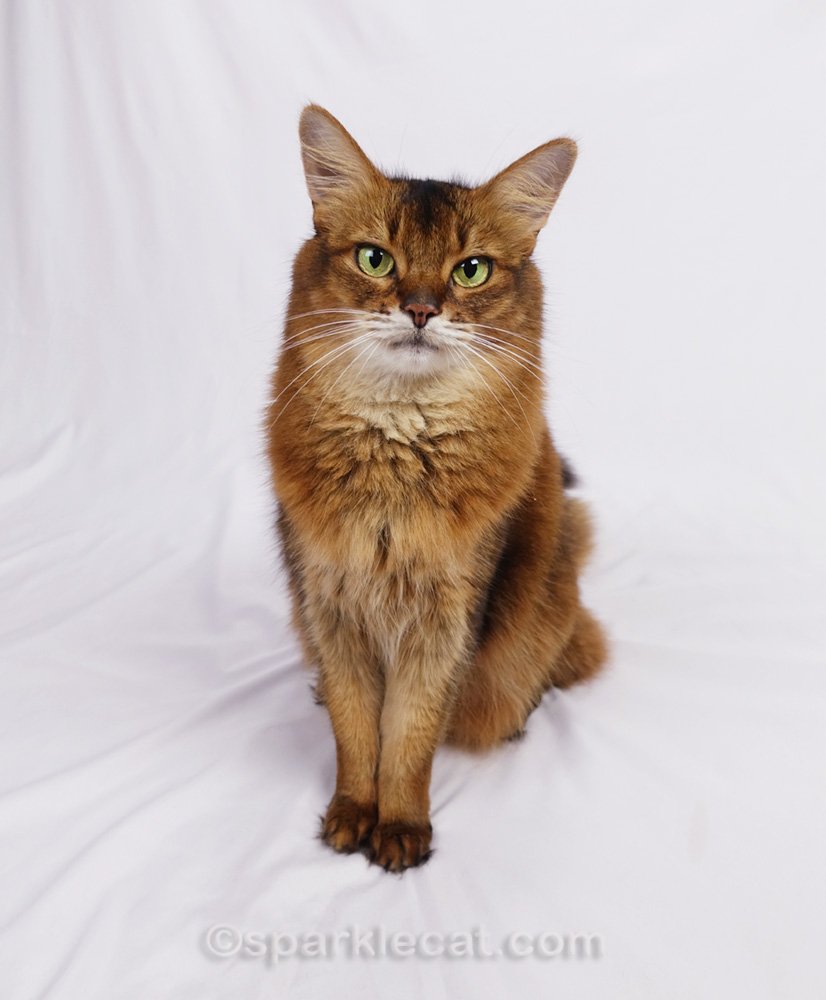 The study about whether cats are psychopaths has been all over the news recently. And I am here to tell you this study is based on really bad science, so of course the conclusions are flawed.

The evaluation used in the research involves measurements for human behavior. And the first thing everyone should know about cats is that they are driven by a completely different mentality than humans. Plus the queries it presents are, of course, answered by the humans the cats cohabitate with. They are ridiculous statements such as, “My cat disobeys house rules” (of course referring to rules humans make that cats find meaningless). Or “My cat damages things (e.g. scratches furniture, pushes objects off surfaces),” without taking into account that maybe the cat doesn’t have anything else to scratch, or is not getting enough human interaction.

So once again, here is another study that, instead of seeking to understand cats and improve their lives, pins negative labels on them. This makes me sad… but it didn’t stop me from wanting to take this test!

The study and the test can be found here. But it’s really time consuming, the scoring is difficult, and it doesn’t really give you any way to measure your cat’s results against a so-called norm. So I hunted around for an easier online test that I could share with you — and I found one! You (or your cat) can take it here.

These were my results: 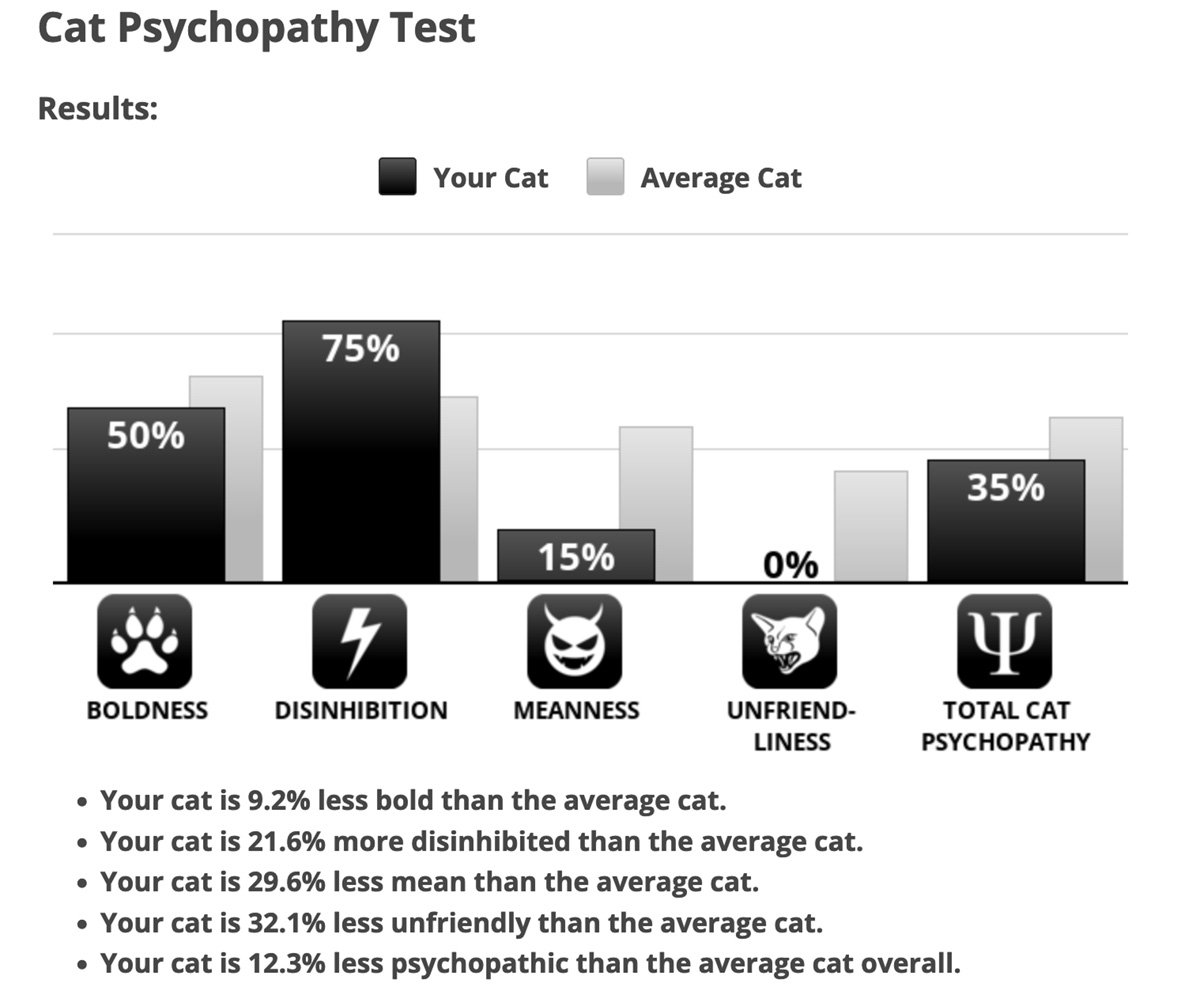 Note that I score 0% in Unfriendliness. As a therapy cat, it would have been kind of embarrassing if I’d scored anything but that! As for the 15% meanness, I can only conclude that it refers to the fact that I don’t consider the kitchen counter off limits. Boldness and disinhibition actually enhance my ability to be comfortable in unfamiliar places and seek attention from people. I’m actually surprised I scored lower in boldness than the average. In any case, I think anyone would agree that I’m not much of a psychopath. 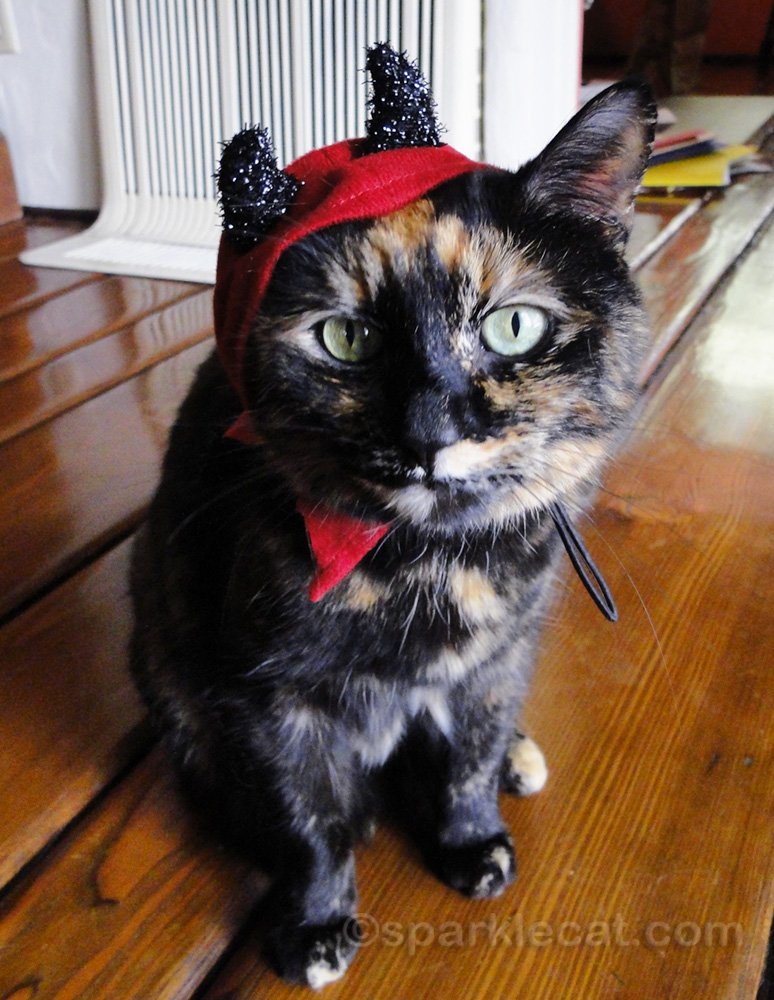 On the other hand (or paw), my human wondered how Binga would have scored if she were still around, so she took the test with her in mind. I think the score speaks for itself. 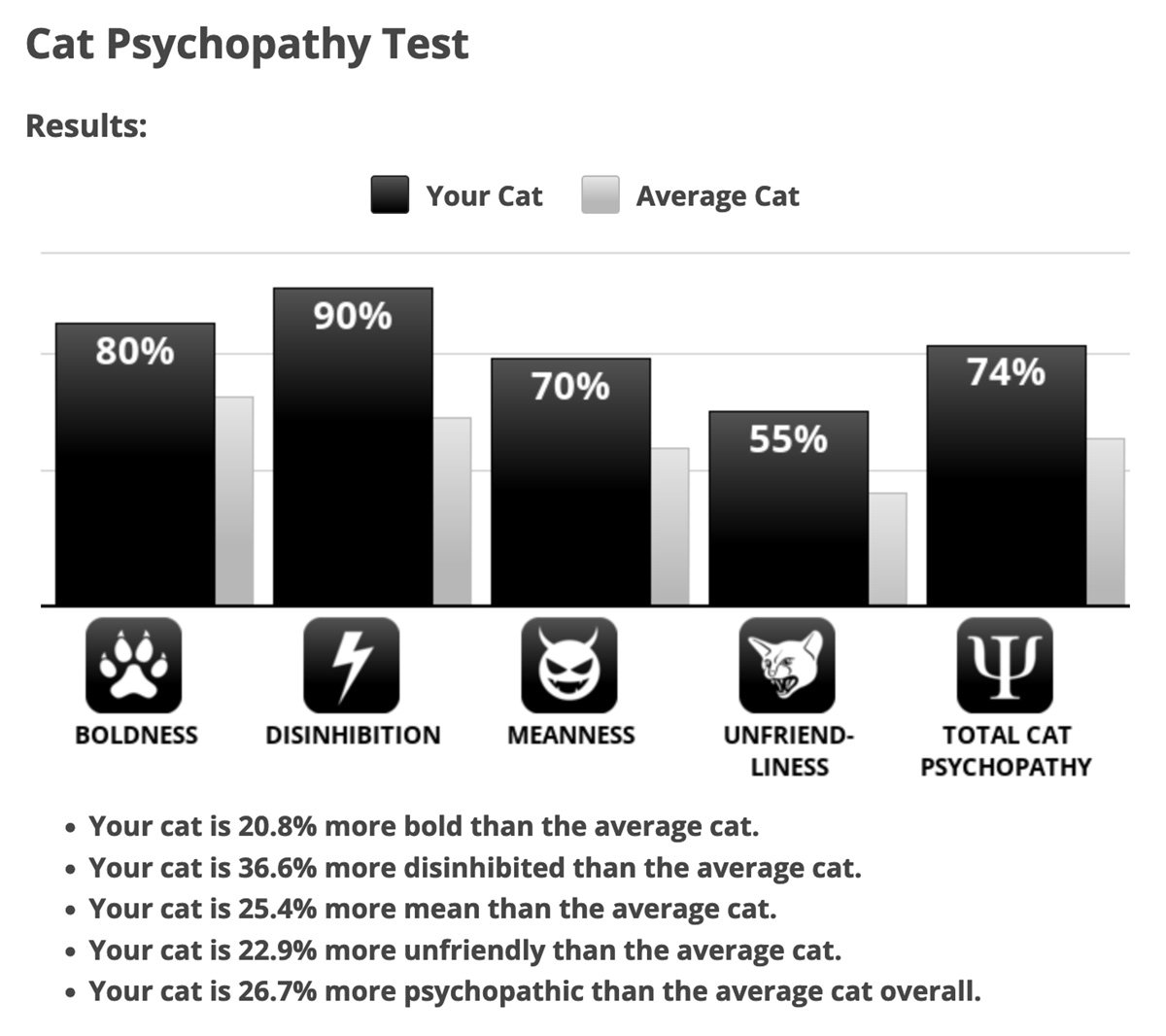 What do you think of this test? And if you take it, I want to hear about your score! 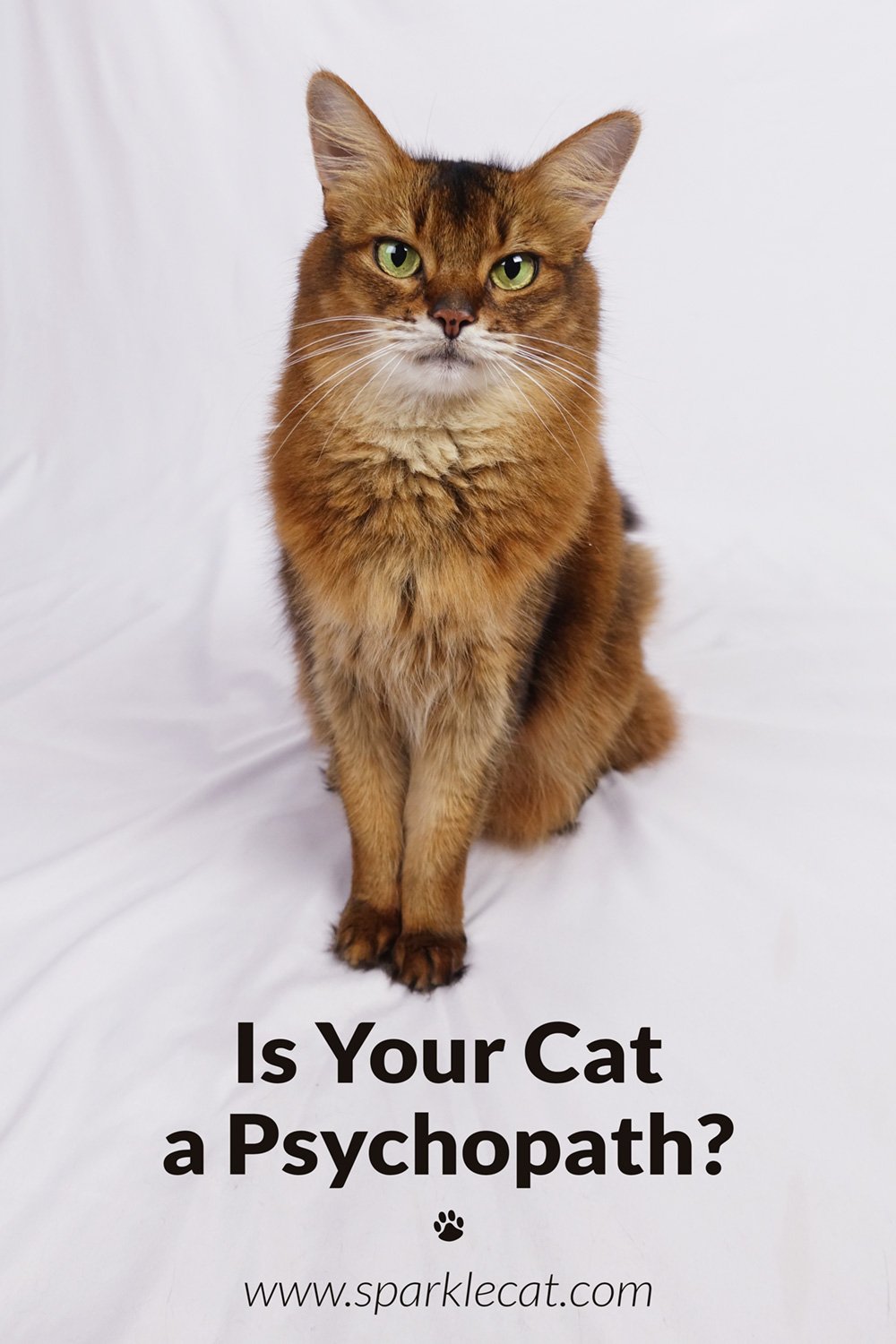