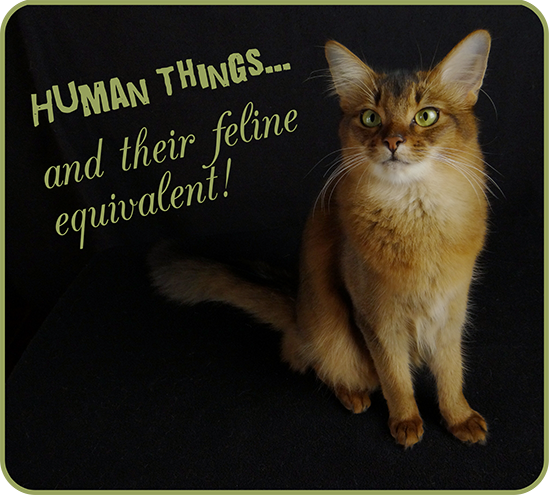 Once again, I’m exploring the strange things humans do, and pointing out their feline equivalent to help us kitties better understand these behaviors! Today I look at territorial marking — or what humans call “property ownership.”

We cats are pretty straightforward and uncomplicated about marking our territory — if it can be rubbed against, scratched or peed on, it’s ours. Humans, on the other hand, turn it into a big production number. Let me explain some of the ways humans mark territory:

We cats definitely have an easier time with territorial marking than humans do! How about your humans — are there any quirky things they do to mark their territory?