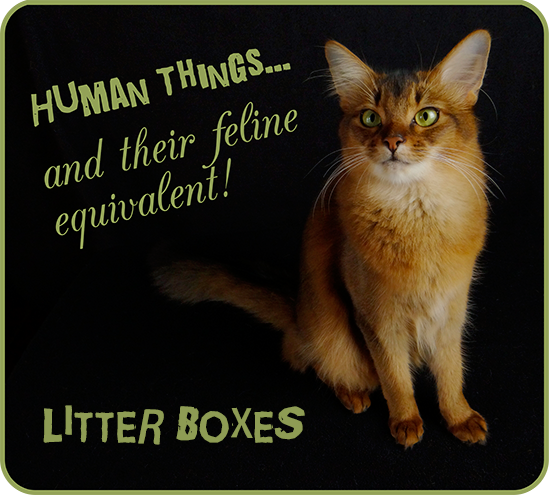 Now, here is something that totally mystifies me: humans go to the pet store and bring home cheap plastic boxes and whatever cat litter is on sale and expect us to be satisfied with that (and usually, we are). But when it comes to their own needs, they have these elaborate porcelain palaces that rinse themselves out with every single use! Isn’t that a little bit obsessive?

We cats don’t need anything fancy to relieve ourselves. In fact, when I went to the LA Feline Film Festival last September, when I needed to go, I just clawed at some grass and squatted. (Later on, I found out they had an actual litter box station. Oh well.) My human, on the other hand, used her fancy porcelain contraption at home a couple of times because she did not want to have to use the “porta-potties” they had onsite. When it comes to this type of thing, humans can be really high maintenance!

True, sometimes we cats have litter box issues, but it’s usually because we’re sick or something is stressing us out. Humans are way more particular about where they relieve themselves. I’ve been in public restrooms with my human when we’ve been on a trip, and the way she weaves in and out of stalls, looking for one that meets her exacting requirements, is enough to make you dizzy (at least, if you are in a cat carrier hanging from her shoulder). And if nobody else is in there, sometimes she starts muttering about how filthy other humans are. Does she ever hear me doing that if I need to use the litter box after Binga? Well, okay, maybe I will go use another one, and maybe I’ll cock an ear, but I don’t mutter.

But what really gets me is that after all this effort humans put into their own bathroom needs — the fancy human litter boxes, the pickiness about cleanliness and all — they’ll let our feline litter boxes go for a whole day without being scooped! Honestly, most kitties are okay with the litter box going for a little while without scooping as long as the stuff gets removed reasonably promptly, but if a human finds that somebody else has used their own litter box and not flushed, you’d think it was the end of the world!

Observing humans in this area makes me glad I’m a kitty. We take a very natural, everyday process and treat it as such. If we need to go, we find somewhere appropriate and relatively clean to do it, and that’s it. We don’t worry about appearances, or if the door’s shut, or who has been there before us. I’m surprised more humans don’t have litter box issues of their own, with all the complications they’ve added to their own habits. 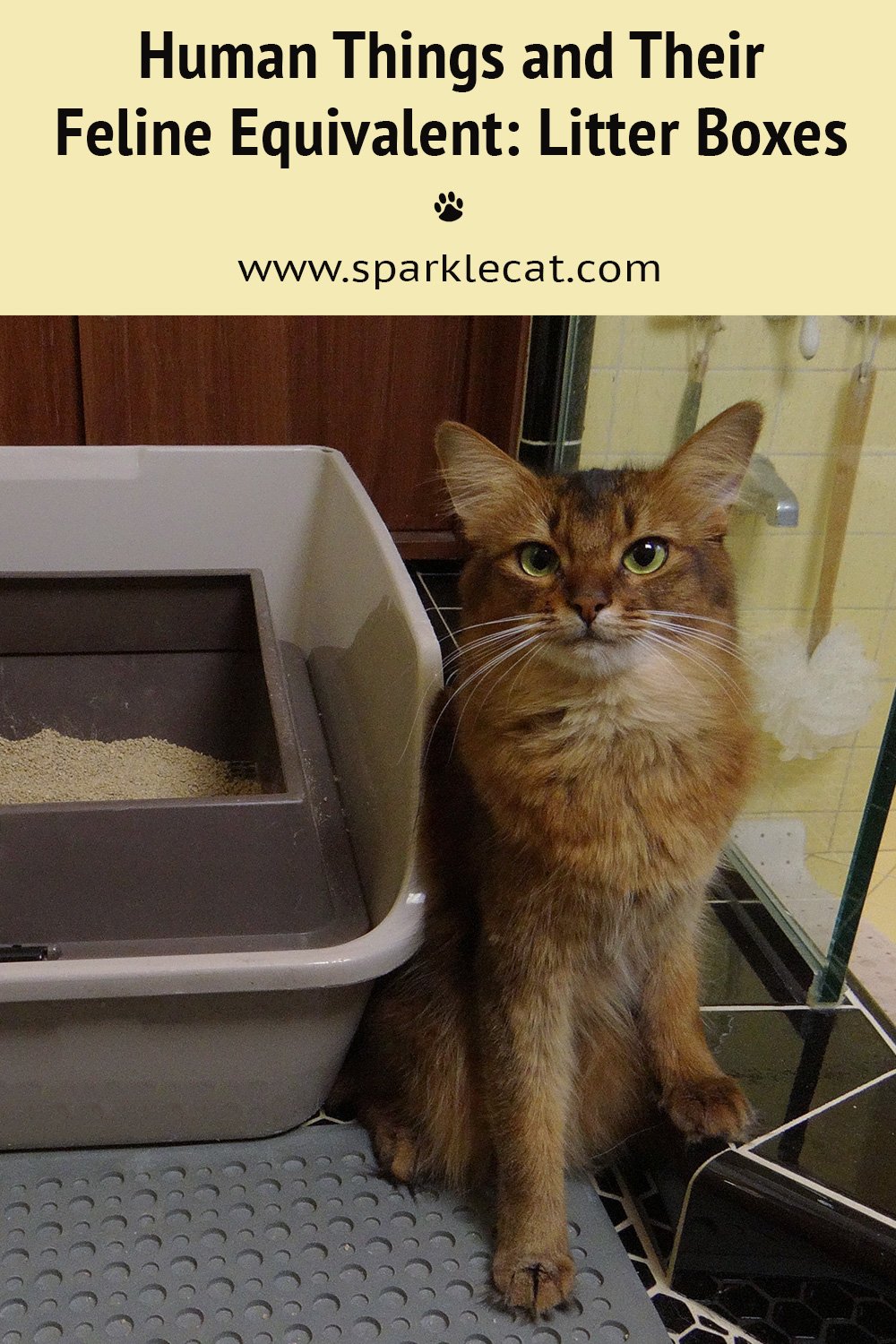