You are here: Home / Kitty Wisdom / How I Feel About Being an Only Cat 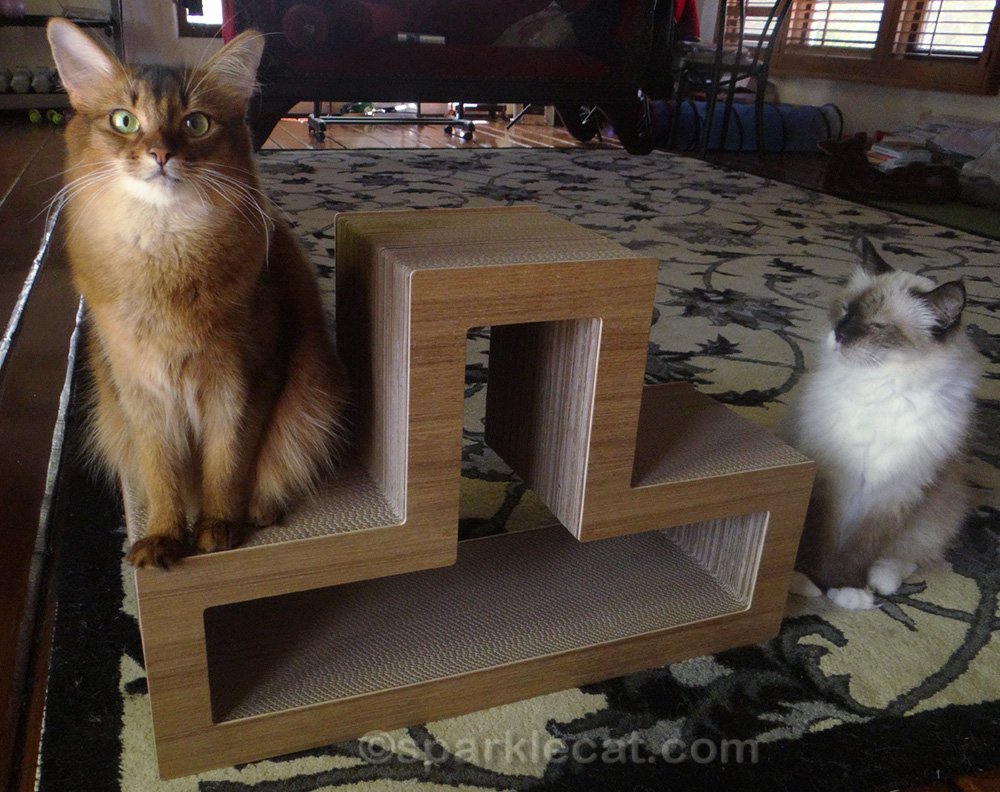 Recently, one of my Facebook pals asked how I felt about being an only cat, now that Binga and Boodie are gone, and whether I’ve missed them at all. While I did answer over there, I know most of you didn’t see, so I am answering on this blog post. I’m sure lots of you have wondered this too. 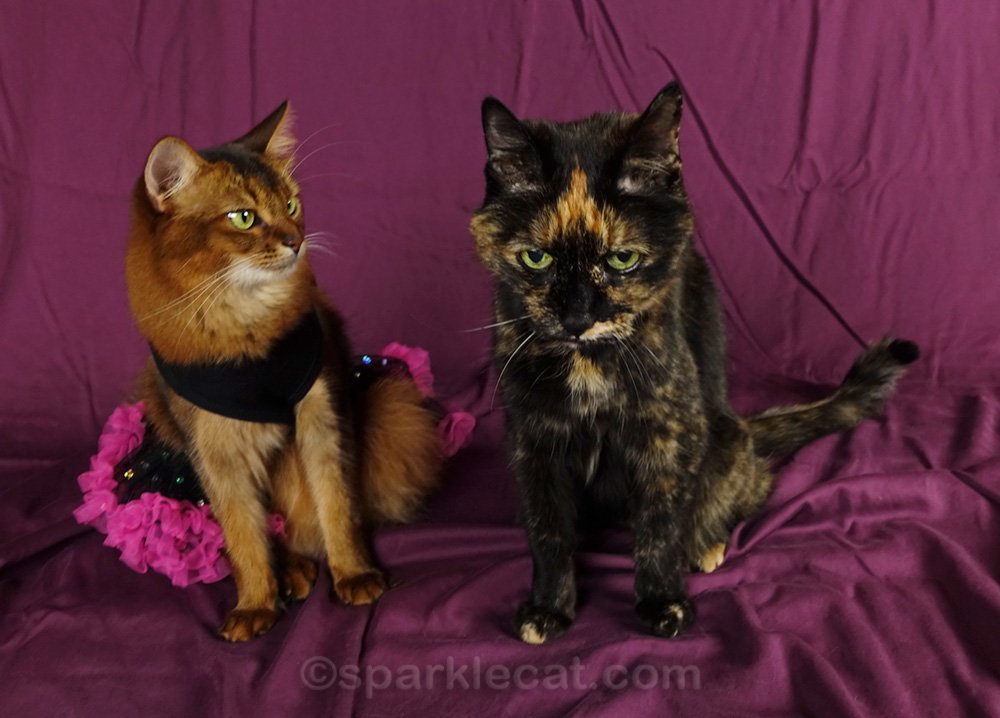 I will be honest, I really don’t mind being an only cat. I also didn’t mind having Binga and Boodie around. They were here when I arrived as a kitten, and I came from a multi cat family. Plus I was used to being around a lot of cats at cat shows too. So I just accepted them there and waited for them to accept me, which didn’t take long. Sometimes we’d hang out together, but none of us were ever inseparable. 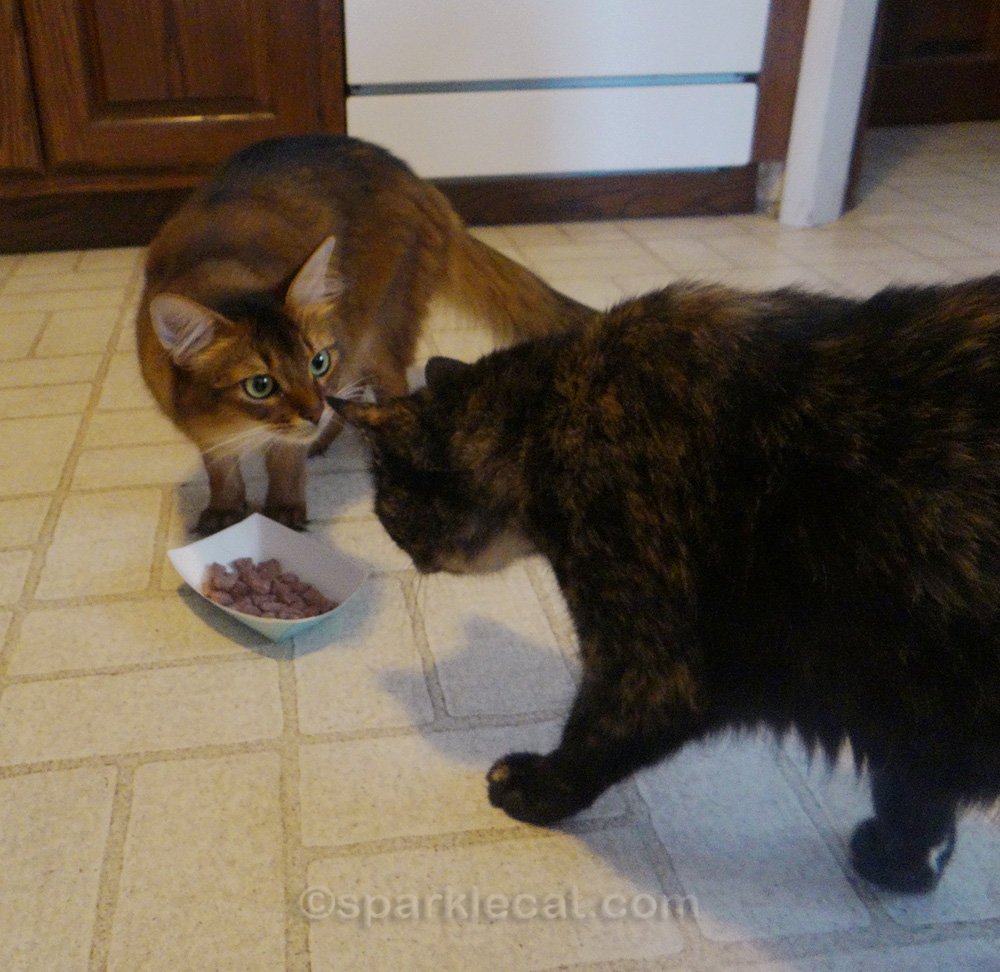 Binga and Boodie both had their quirks. Especially Binga! But like with any family members, you just learn to accept it and not let it bother you that much. Plus my human played referee (read: bouncer) sometimes when that needed to happen. 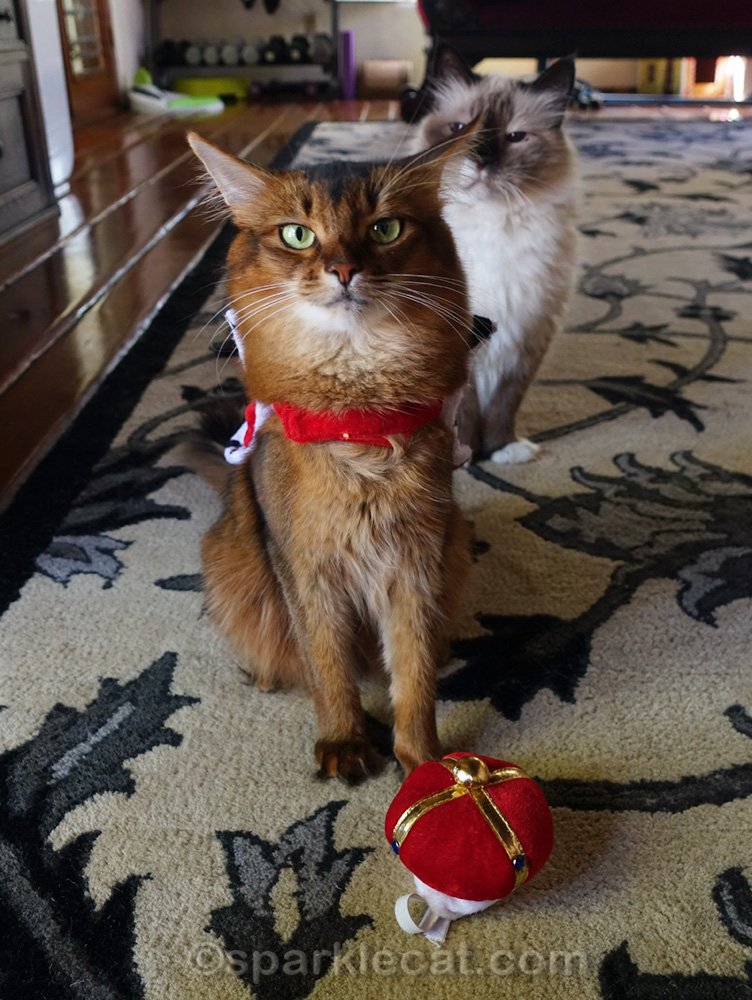 Out of the three of us, I think Boodie was the only one who really needed other cats. Binga always wanted to steal attention from the humans. In fact, when my human’s new boyfriend started coming over (they’ve been together since early 2019, so I guess he isn’t that new!), she was all over him! Boodie liked him too, but I think it was mostly because Binga did, and she often copied whatever Binga was doing.

In case you are wondering, I don’t think Boodie missed Binga that much after she was gone, mainly because by then, Boodie had gotten a bit senile. When the home vet came for Binga, I knew what was happening, but I’m not sure that Boodie did. Interestingly, the day before Sparkle made her final trip to the vet, my human found the three of them together, which was rare. And now she thinks it was Binga and Boodie telling her good-bye because they knew. They both seemed to accept she was gone. 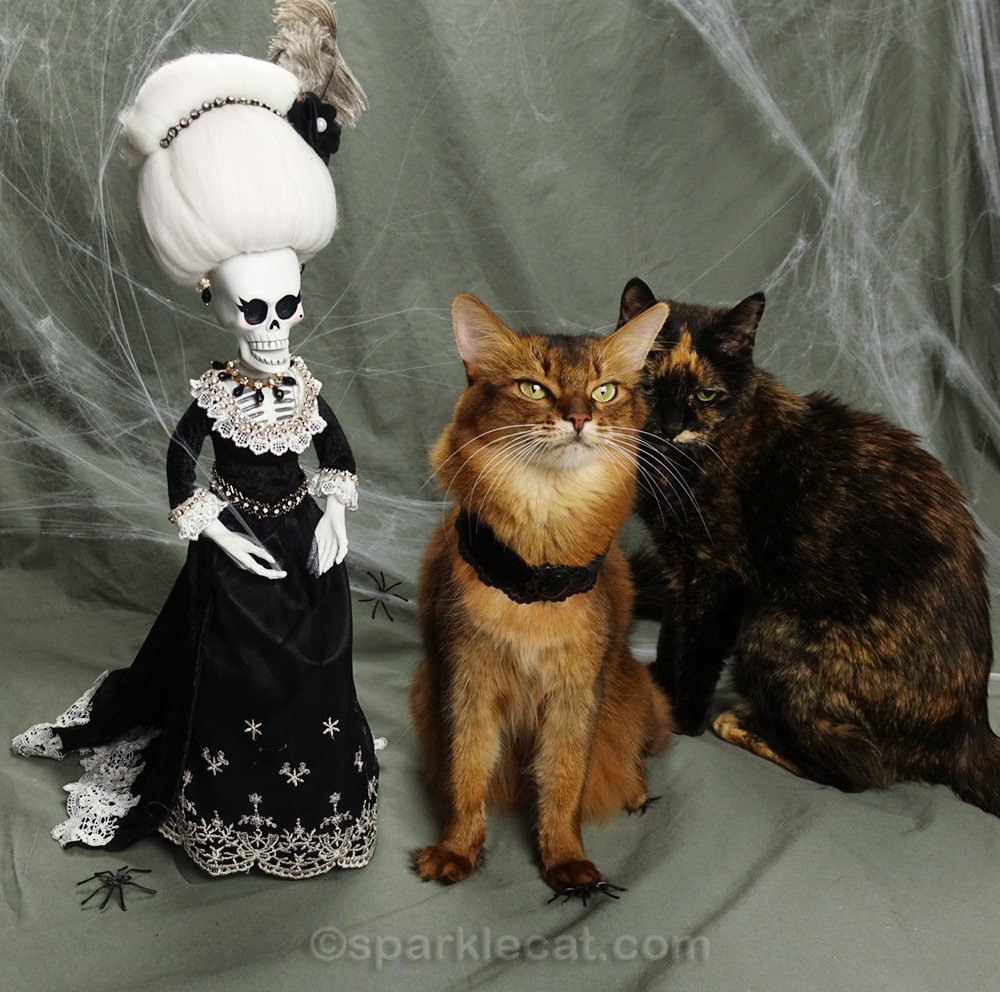 And that’s the way it’s been with me. After Binga and Boodie were gone, I pretty much just accepted it. I knew they were gone, and I didn’t look for them or anything like that.

Would I like to have another kitty living here? I don’t know — I really enjoy having my human to myself. It even took me a while to accept her boyfriend (unlike Binga), because he takes time away from me! But he’s nice and he likes me, so I’ve decided he’s okay.

I will say one thing. While my human was trapping the cat family and getting them fixed, I was fascinated by them! I loved watching them through the glass double doors as they frolicked, and was always envious when they got fed. But would I have liked it if any of them had come inside? Hmm, maybe not!

I hope if you are wondering about this, that I’ve answered your question! 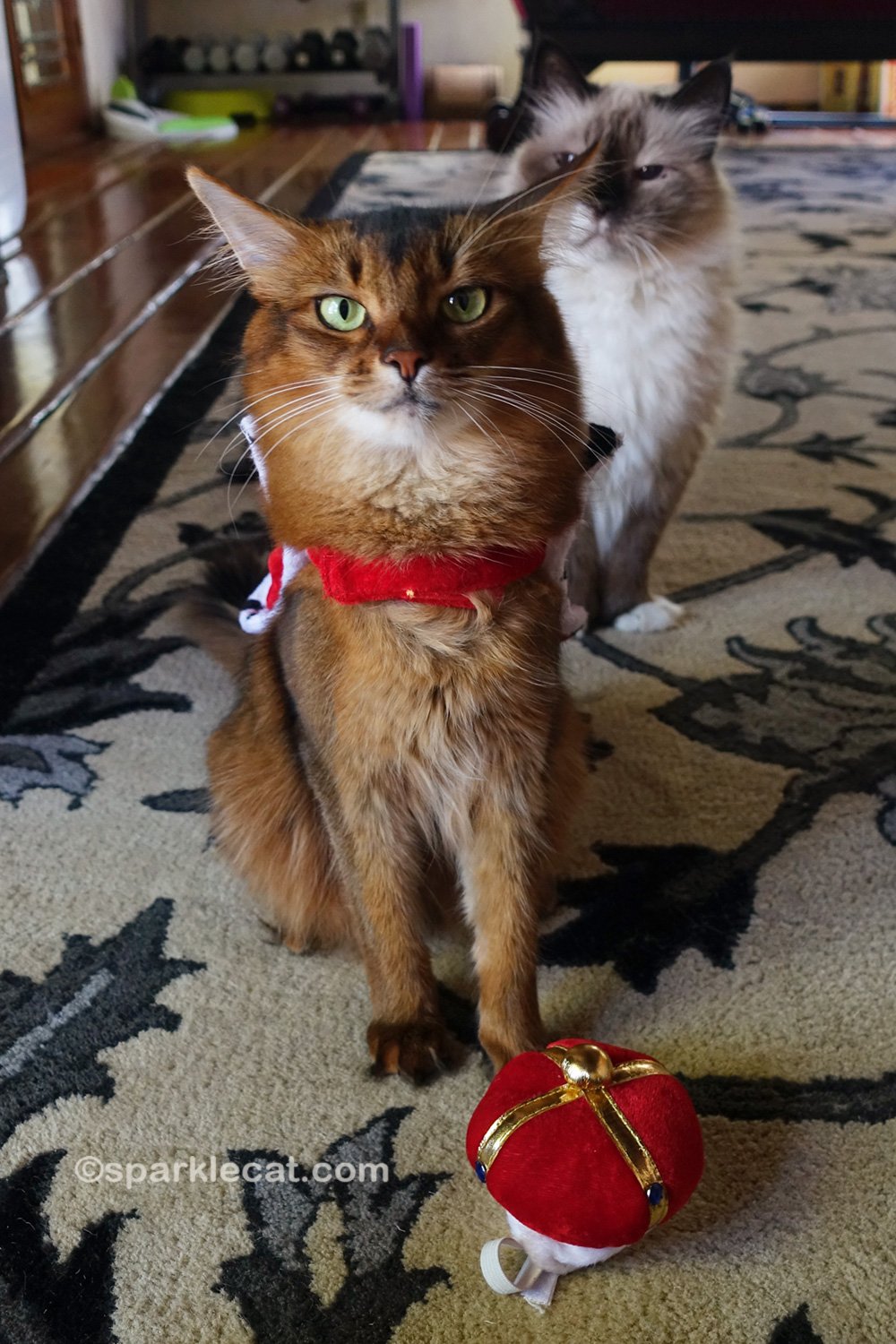