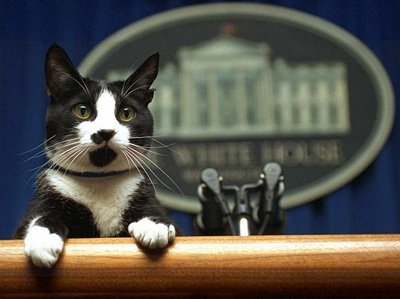 I have come to the conclusion that presidents are very strange humans. They have had a variety of unusual pets: Thomas Jefferson had a pair of bear cubs and a mockingbird named Dick; Andrew Jackson had a parrot that he taught swear words; Benjamin Harrison had two opossums that he named Mr. Reciprocity and Mr. Protection; Herbert Hoover had two crocodiles(!). Teddy Roosevelt and Calvin Coolidge practically had zoos. Between them they kept several dozen animals, including a badger, a snake, a Pygmy hippo, a raccoon, a wallaby and a one-legged rooster! Lots of them have had dogs, including the current occupant of the White House, Barack Obama. 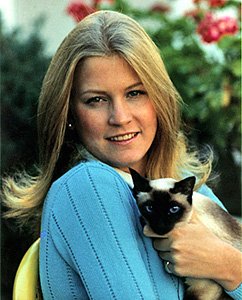 Personally, I think the source of all the problems in the U.S., past and present, is that there have not been enough presidential cats. I think part of the training to be president — or any political office — should involve learning how to make a cat happy. After all, aren’t politicians supposed to be public servants? If they learn how to serve cats, that is a good first step toward handling a whole constituency. Hm, maybe the training should involve living in a multi-cat household.

Although there have not been enough presidential cats, those who shared the oval office with their human made their mark. Look at Socks above — he was even giving press conferences for his human, Bill Clinton!

Abraham Lincoln was the first president to bring cats into the White House. The first one was named Tabby. In fact, he loved cats so much that when someone asked his wife Mary if he had a hobby, she nodded and said, “Cats.” He would play with them for hours. 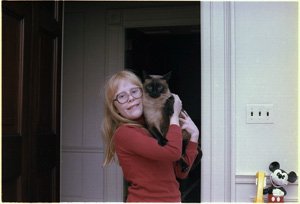 Siamese cats have been popular with U.S. presidents. The first First Meezer was Siam, who was a gift to Lucy Hayes, wife of Rutherford B. Hayes, sent by a diplomat at the U.S. consulate in Bangkok. Sadly, Siam was with the family less than a year and died of an unknown illness at the Hayes’ own estate, Spiegel Grove. More recently, the daughters of Presidents Gerald Ford and Jimmy Carter have enjoyed having Meezers as their companions. 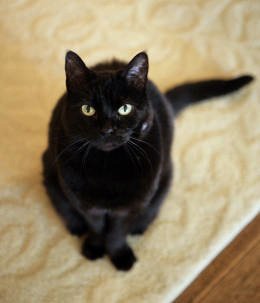 India, who belonged to the Bushes

Most of the other presidential cats seem to have been random strays or unpedigreed cats of unknown origins. (I kind of like that — it shows that anykitty can become First Cat!) Theodore Roosevelt, Woodrow Wilson, Calvin Coolidge and John F. Kennedy all had cats in the White House (Coolidge also had a bobcat). Most recent feline residents have been Socks during the Clinton administration and India, a black cat who belonged to George W. Bush. An interesting note on these two: they both died in 2009 at advanced ages; Socks was 19 and India was 18.

Isn’t it great that a day has been set aside to honor all these cats? Wait — you mean it’s not honoring them, but the actual presidents? Once again, we cats have been gypped!

These photos were taken by employees of the Executive Office of the President of the United States during the course of their official duties. As works of the U.S. federal government, these images are in the public domain.