You are here: Home / Kitty Wisdom / Five Things My Therapy Cat Work Has Taught My Human 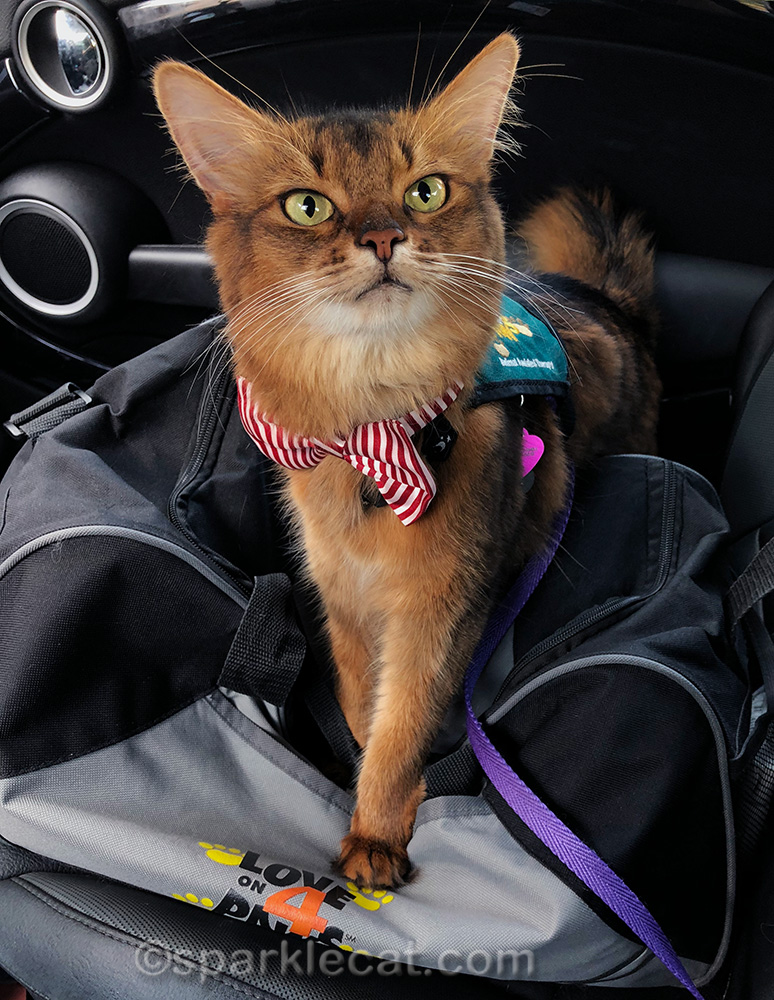 My therapy cat visits help lots of people in so many different ways. But it has also taught my human quite a few things — things she had no idea she could do! Granted, most people can do many of these pretty easily, but my human is not “most people.” Some of them have been pretty difficult for her to master. Some she is still working on getting just right… but she has made lots of progress.

Here are five things my human has learned to do because of our therapy visits:

I think being part of a therapy team is harder for my human than it is for me! 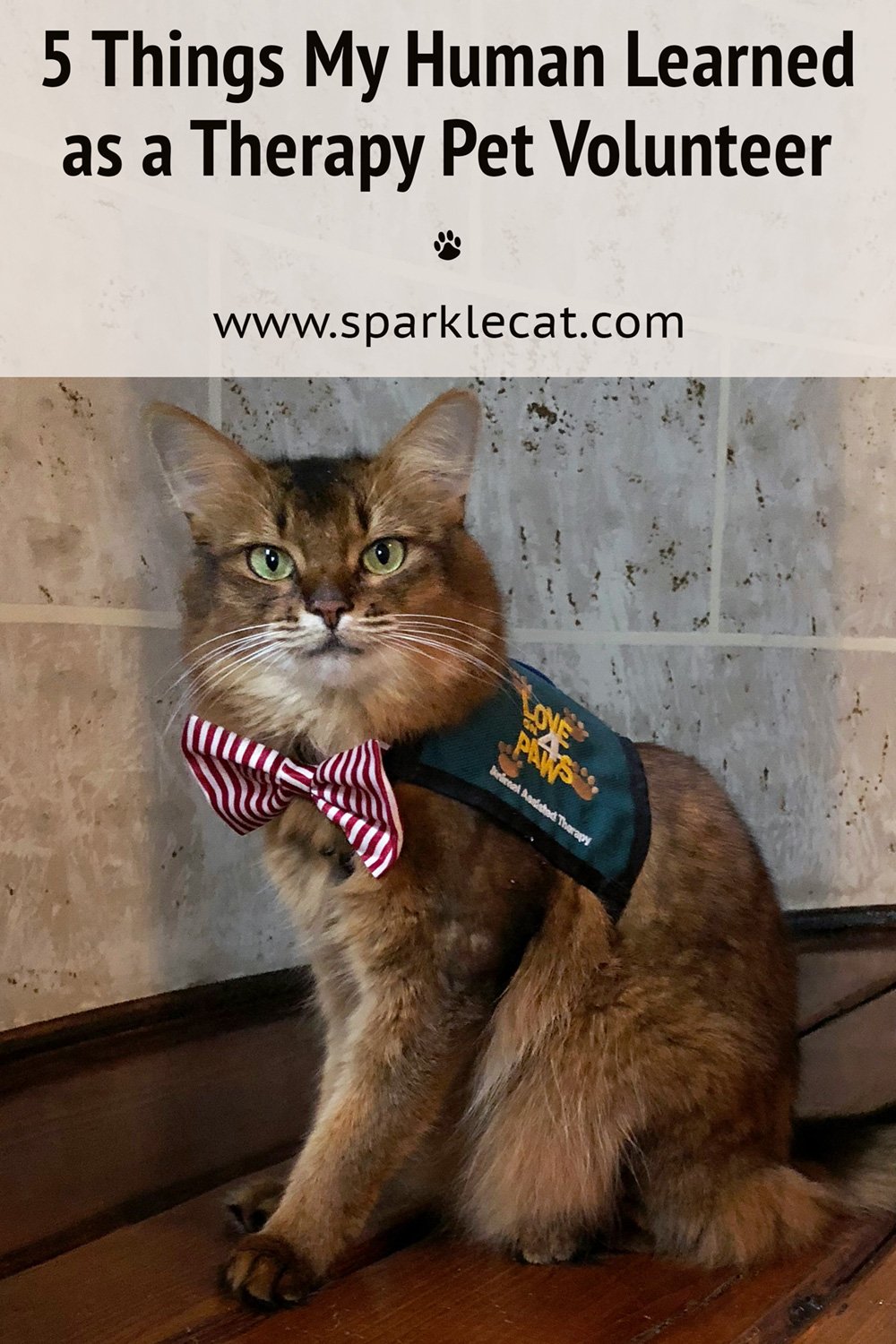