You are here: Home / Kitty Wisdom / Do Cats Felinamorphize Humans? 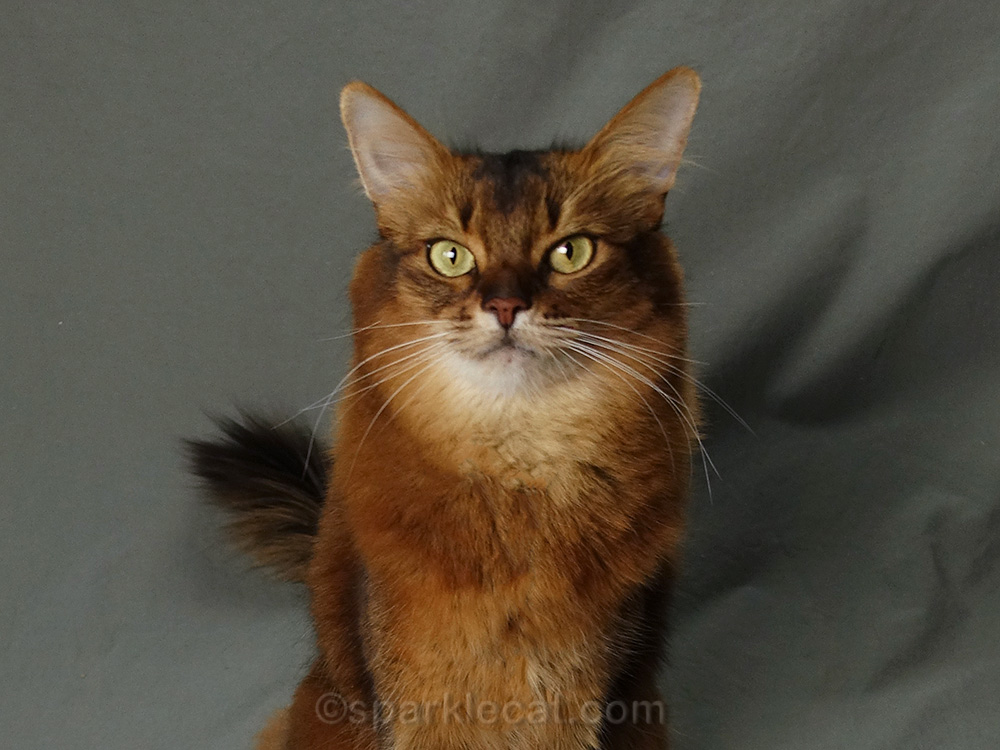 As most kitties know, one of the biggest issues cats have when it comes to human behavior is the way they anthropomorphize us. We are not little humans, and we have our own instincts, language and behavior patterns. When humans forget this, and expect us to act or behave as they would, it’s a recipe for trouble.

But… what about us kitties? Do we felinamorphize humans? Do we expect them to behave like other cats? Are we disappointed and frustrated when they don’t, the same way humans are?

You know what? I don’t think it’s the same thing. Sure, humans disappoint and frustrate cats sometimes, and that’s because we expect too much out of them. We think they should show the common sense that cats have, and to behave accordingly. Which, of course, rarely happens. But it’s not the same thing as believing that humans are just big, dumb cats.

I’m sure that the majority of cats out there know that humans aren’t other cats, or even close. Other family members, of course! Servants, definitely. Adversaries occasionally. But they don’t have the cat smell, they are mostly clueless about cat ways, and they certainly have communication issues with us. So it’s pretty obvious that feline blood does not run through their veins, and they vibrate at a much lower frequency than we cats do. So yeah, humans are not cats, and we cats understand and accept that.

But we cats have gone the extra mile that humans can’t or won’t — we try to help humans understand us by trying to communicate with them on their level. Many humans don’t realize that we don’t usually meow at other cats to communicate. We do it by blinks, body posture, and ear placement. It’s actually a very effective method! But humans can’t seem to do this and spend their time chattering at each other instead. So we do the same — we just don’t have the same jaw structure or muscles to speak human language. So we just meow until we get our point across. And while not as effective as cat-to-cat communication, it works.

We cats also modify our behavior to better interact and live with humans. Humans think we cats do what we want, and we don’t care what humans think. The truth is that much of how we behave is calculated to get a response out of humans. We figure out the best ways to get their attention at mealtimes, whether it’s tapping them on the cheek to wake them up for breakfast, or jumping on the kitchen counter when it’s dinner time. When we want their attention, we have very specific ways of getting it, tailored to our own humans’ specific likes, dislikes and behavior.

Come to think of it, can you imagine what life would be like if humans did the same thing? If they made the effort to communicate better with us, on something close to our terms? Of course, it wouldn’t be perfect (the same way as our communication with humans isn’t always perfect). But it would be so helpful and make it so much easier for everyone to get along. Plus, it wouldn’t leave everything up to us.

Maybe someday, humans will figure out that we cats aren’t small people, and will work harder to communicate with us on our level. Until then, we’ll just have to keep carrying most of the load. But that’s okay. There are times, like when we are pinning them down on the couch so we can hang out together and relax, that everything is copacetic.