You are here: Home / Kitty Wisdom / Change a Pet’s Life Today: the Art of Fostering Kittens 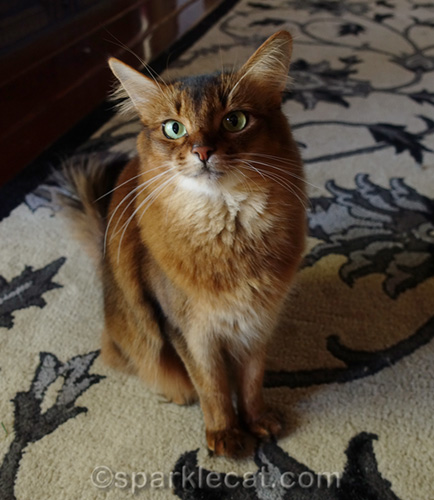 Today is Change a Pet’s Life Day. It was originally established to highlight the good deeds of rescue and shelter workers, and to encourage adoptions. Since then, its scope has broadened to include enrichment of pets’ lives overall, but I want to go back to its roots.

A lot of humans don’t realize just how much rescue workers can make a difference in how adoptable and socialized a cat is. It is about a lot more than just visiting a shelter and playing with the cats. It is even more than a foster human taking in a shelter cat to get him used to home life. A dedicated foster works very hard to bring kittens and cats out of their shells, and to encourage them to be the best they can be. Working with kitties on a deep level also brings insight into their personalities, and helps eventually place them into homes that are right for them.

The cat blogging community is fortunate to have two very hard-working foster humans who focus on kittens. I asked them for some ways they socialize their charges and got the following thoughts. 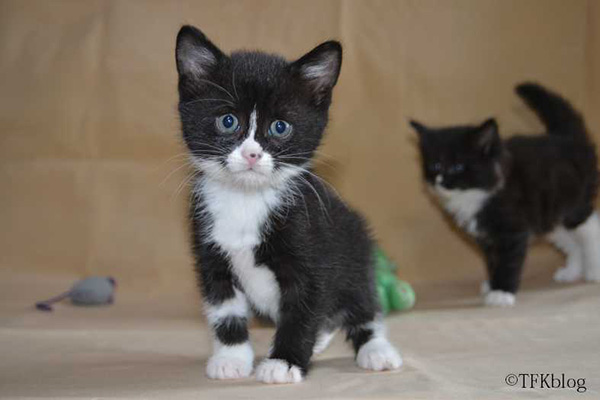 Connie from Tails From the Foster Kittens enjoys working with hissy kittens and taming them. She points out that there is a cat language that must be understood. “Coming right at them, looking them in the eye and then reaching your hand out to them to pat them are all huge challenges to a cat, and each one on their own would frighten a kitten,” she says in her post about taming kittens. Kittens see this behavior as threatening, and Connie’s mission is to desensitize them to human movements that are meant as affection. She becomes the bringer of food, to show the kittens that they are not the prey, and they are being cared for. It’s a big step when wild kittens take food offered and eat it in front of a foster.

Connie will confine kittens to cages at first to make it easier to handle them. (She has also used a bathroom to keep kittens confined.) You can’t socialize a kitten who’s found a secret hiding space in the foster room. The cages are big enough for them to play, and there are hiding spaces where they can have privacy. A cage is actually comforting for young kittens — having too much space is overwhelming and scary. Having a smaller space to call home will help the kittens feel more secure. The cage will smell like them (cats are very scent oriented) and feel familiar. 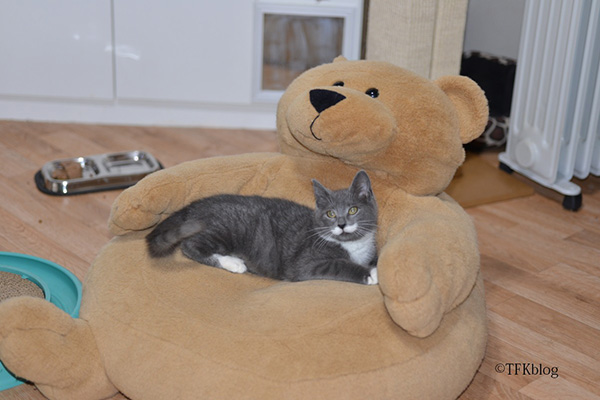 Jeanne, from Random Felines, takes both an active and passive approach (as does Connie). “I will go in and sit in the foster room – playing and handing out treats,” she says. “Sometimes just letting them curl up on my lap and snooze (tough job right?).” Playing and petting is fun, but it’s as important to allow the kittens to hang around humans without being handled. Cats, from kittenhood, need space and breathing room. If they come up to the foster on their own for attention, that’s progress. Good foster humans spend a lot of time sitting on the floor, to put themselves at the kitten’s level as often as possible. Imagine a giant being hovering over you! No matter how benevolent it was trying to appear, you would not believe it. So fosters meet with the kittens on the ground.

The Fine Balance Between Imposing and Forcing

Connie will sometimes handle the kittens when they don’t necessarily seem in the mood. “The second the kitten struggles to get down I put them down, but I do not let them go until all four paws are on the ground. This builds trust.” She wants them to know that they will be put down safely, and not feel the need to leap out of her arms and escape. There is actually a bit of an art to handling kittens so that they adjust to humans holding and loving them. Connie gets them used to petting by subtly touching them while they are eating or asleep. She freezes her hand if the kitten starts to tense up. “You want to stop ‘imposing’ before they run and hide,” she says. Human encounters should end on a positive note if at all possible.

Out on the Town 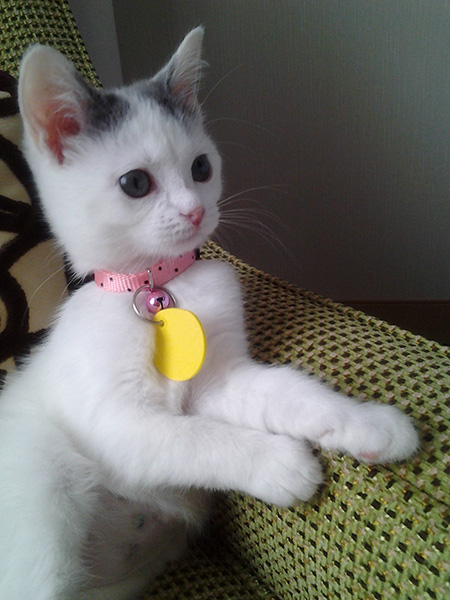 Photo of Triscuit used by permission from Random Felines

Both Jeanne and Connie take their kittens out of the house, and not just to the vet, shelter or adoption event. Once the kittens are vaccinated, Jeanne takes them to pet stores; Connie sometimes brings kittens to work. Both of them have brought kittens to the BlogPaws conference. I even met one! And before I was born, my human met a sweet kitten that Jeanne had brought to BlogPaws in Tysons Corner, VA. (Jeanne is from Ohio.) She was placid and friendly and loved being at the conference. My human didn’t realize she was adoptable right from the conference, or she probably would have taken her home. She would have made an awesome therapy cat. Triscuit did find a great home and doesn’t have to work! And my human wound up with me a little over a year later.

The Fun Part… and Other things 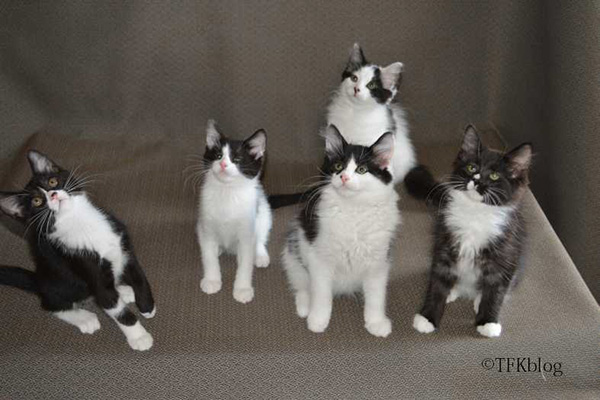 Of course it is fun to play with the kittens and gratifying to see them become excited when you show up at mealtime, but there is more to it too. Kittens need to learn early on to have their paws handled and their claws trimmed. Getting them used to basic grooming is important. Even baths can be a part of creating a well-socialized kitten. All these become tools that will last a cat’s lifetime.

Not every well-socialized kitten will grow up to be as outgoing and adventuresome as me. But getting a good start early in life will make for a great companion. Anyone who adopts a cat from Connie, Jeanne, and fosters like them are fortunate indeed. Of course, once the kitty is adopted, then it is up to the new humans to keep up the good work! How? By making their kitty part of the family, and playing and hanging out with them frequently. Good habits need to be routine, for both humans and kitties. Always remember that.

Thanks again to Connie and Jeanne for their wisdom!