You are here: Home / Kitty Wisdom / Celebrity Cats Come Together for an Awesome Cause 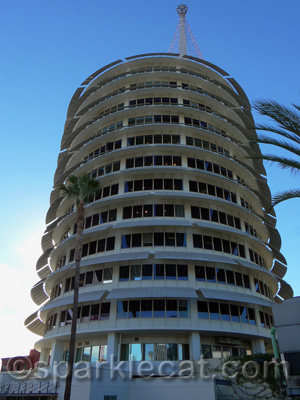 My human has been to the iconic Capitol Records building before… about 20 or so years ago! Back then, she was just talking to boring musicians. But her trip there this week was way more important and celebrity-studded: she was there to see a supergroup of internet cat sensations introduce a new music video and make a very special announcement! 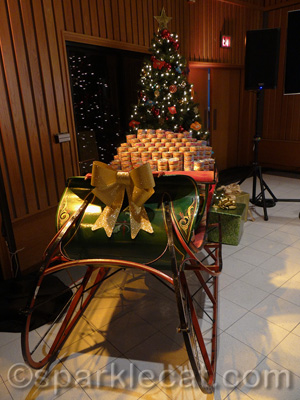 The event was put on by Friskies, who brought together Oskar the Blind Cat, Colonel Meow, Nala Cat, Hamilton the Hipster Cat, and of course the official Friskies spokescat, Grumpy Cat to benefit five different rescues… to the tune of up to 500,000 cans of cat food! It’s the largest donation in the brand’s history. Each of the five celebrity cats chose a rescue to share in the donation. There were about 1,000 cans of Friskies as part of the decor. 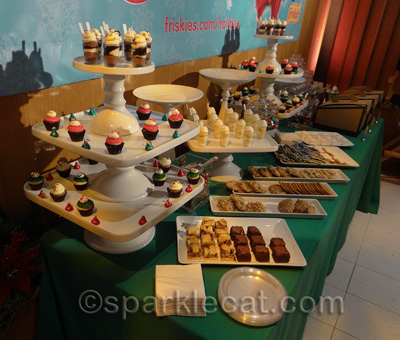 There were also treats for the humans. 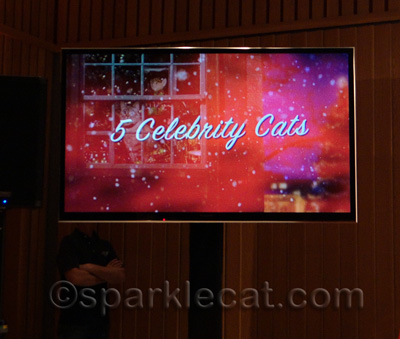 They started the event with the video, “It’s Hard to Be a Cat at Christmas,” which stars all five of the celebrity cats. You can see the video here: Friskies.com/holiday or you can watch it below — and you will want to watch it a bunch of times and share it because each play means another can of cat food will get donated, up to 500,000 views! 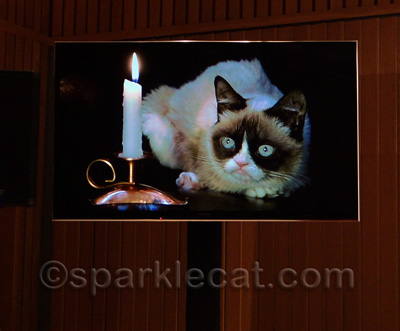 Although the video “starred” Grumpy Cat, all the other kitties got a lot of screen time: 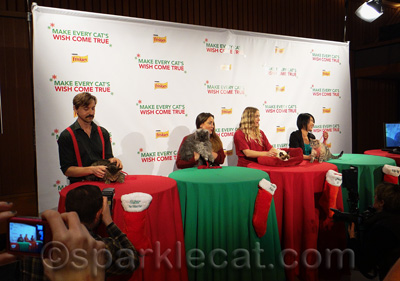 Then came the moment everyone was waiting for — the celebrity kitties emerged from the green room! Well, except for Hamilton the Hipster Cat. He appeared on Skype. The rescue Hamilton is supporting is the Humane Society Silicon Valley. 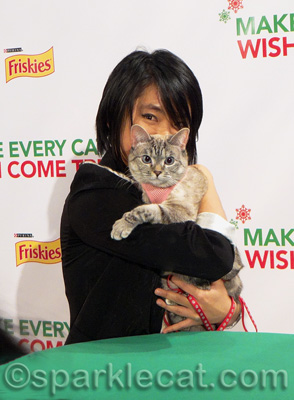 The rescue Nala Cat is supporting is Kitten Rescue… where my human has volunteered (although nowhere near often enough). 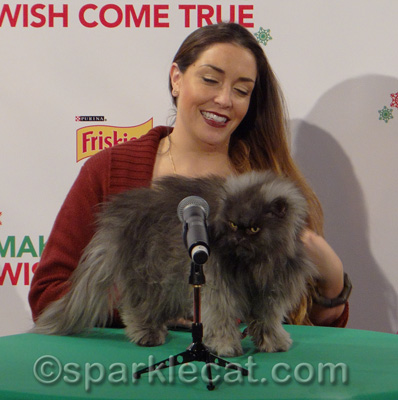 Colonel Meow is supporting the Seattle Persian and Himalayan Rescue — which is the group that saved him. 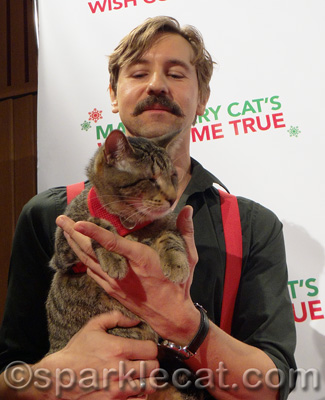 Oskar the Blind Cat is supporting Purrfect Pals… which is the very same rescue Gemini is supporting with her story in the cat rescue anthology! 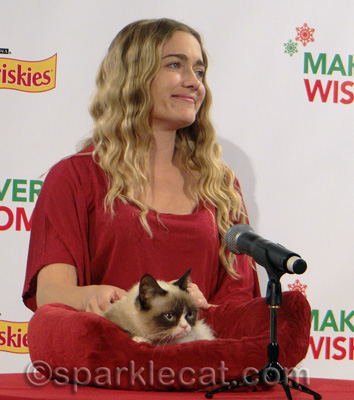 And of course there was Grumpy Cat, who was supporting the Cat Welfare Association. 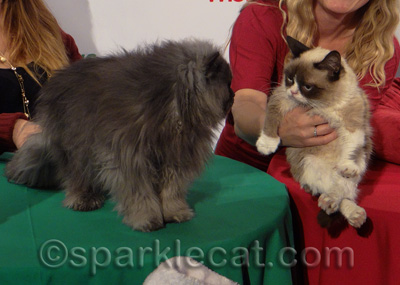 The photographers went crazy when the cats came out! For regular cats, it would be a kitty nightmare, but these celebrities took it all in stride. In fact, Grumpy Cat and Colonel Meow took some time for a casual chat. 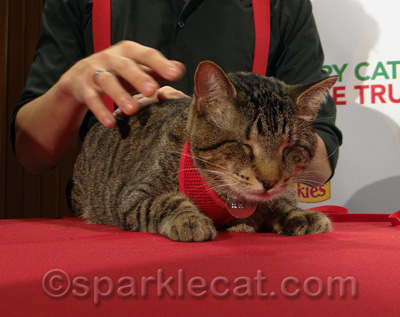 Oskar just chilled out. His best kitty pal, Klaus, was back stage, cheering him on. 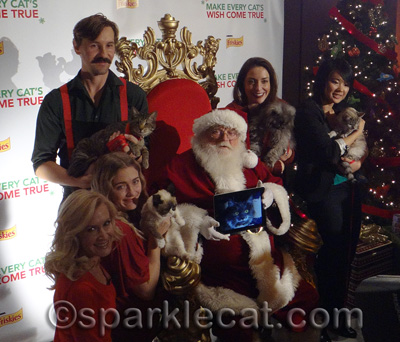 Then Santa Claus showed up, spreading good cheer and cans of Friskies cat food. He and actress Angela Kinsey posed with the cats, basking in their superior kitty fame and coolness. In addition to watching and sharing the video, you can join in the fun at the If You Feed Me website. Submit a photo of yourself, telling your humans what you will do if they give you wet food. I checked out some of the photos there, and frankly some of them sound more like veiled threats than promises… which I think is a good thing!