My human had something else completely different planned for this week’s Caturday Art, but a couple of things got in the way: the fact that she was sick with a stomach bug all week and fell behind on everything; and Friday night’s 5.1 earthquake not terribly far from us. We kitties weren’t fazed much by the rolling feel of the quake, but she was pretty rattled, maybe because she isn’t quite back up to speed yet, health-wise. So instead of the complicated, multi-step idea she had for today, she decided to do something a lot simpler — revisit last week’s Caturday Art project, only this time use a good photo. She picked the photo used for the cover of my 2010 wall calendar: 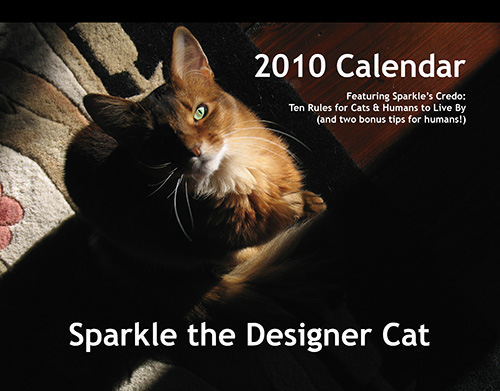 That year, my calendar won a Cat Writers Association Muse Medallion for Best Color Photograph (series), and my human has always liked the cover photo, even though there’s a bit of a hot spot on my chin. So she took the original photograph and cropped it to more of a square format. 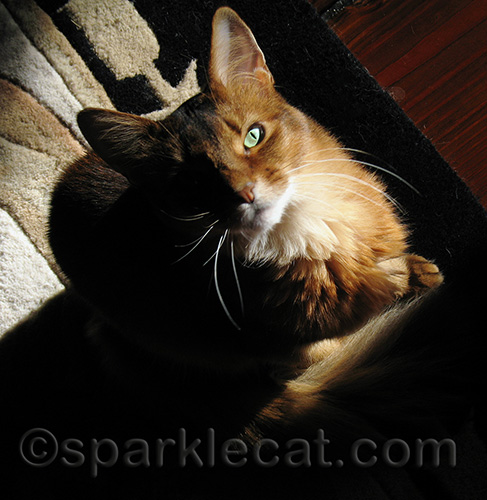 Then she quickly ran it through the oil painting filter of the AKVIS ArtWork software that she used last week. 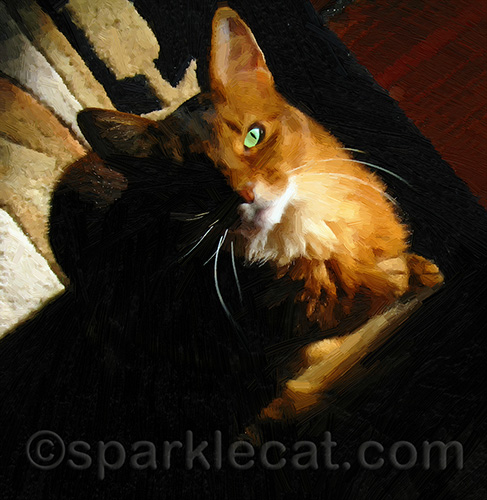 Except she wasn’t quite satisfied. While it wasn’t all that bothersome in the photo, she really didn’t like the light colored rug pattern behind my head. She thought it was distracting. So, just for a fast experiment, she decided to take it out to see how it looked. She didn’t even use the original sized photograph — she just used Photoshop’s Quick Selection Tool on the smaller, blog-sized version. You can see the tool on the left hand side. It’s the fourth tool down. You can also see the “marching ants” around the pattern. 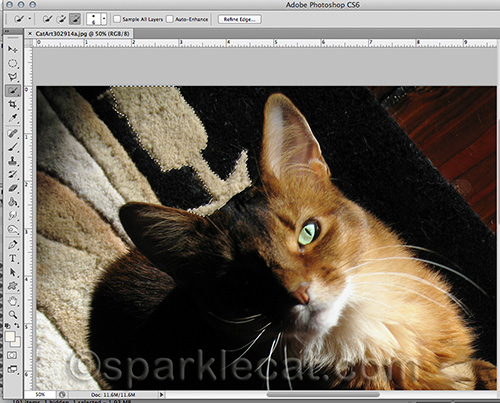 This time she knew that the Content-Aware Fill from last week was not going to work, so she used the Clone Stamp to cover the light pattern with black rug. Then she tidied it up with the Spot Healing Brush tool. It looks pretty decent. Not quite perfect, but good enough for a digital oil painting, where small details would be lost. 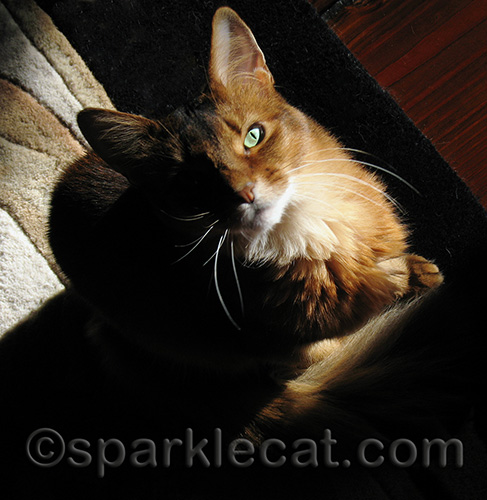 Then she ran it through the AKVIS ArtWork software again. She had to change the settings a lot because the image was so much smaller, but I think it still looks better with the pattern gone, don’t you? It just shows that no matter what you are doing, if you pay attention to details, you can make it even better! 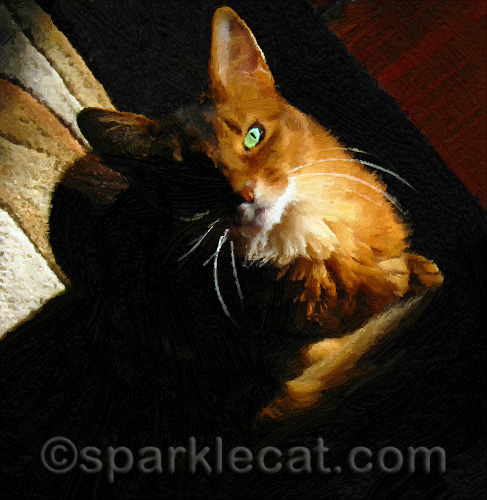