You are here: Home / Kitty Wisdom / Cat Training Like a Movie Star 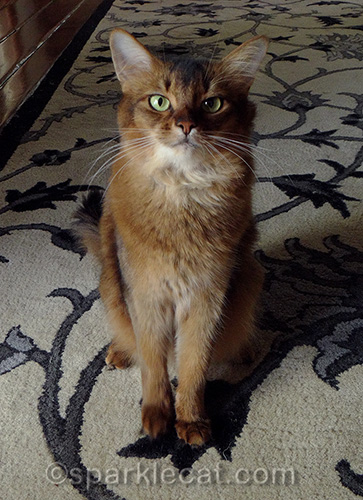 I ran across a story about the kitten(s) that starred in Keanu, which is coming out this week. In case you don’t know anything about this film, here’s the plot: Keegan-Michael Key and Jordan Peele are a couple of dorky middle-class humans. When their adorable kitten is catnapped by a drug dealer, they have to pretend to be thugs themselves to get him back. So basically, the kitten is the star of the film, no matter what billing the humans get.

Here’s a trailer for the movie (warning for the sensitive — there is violence and some HBO words):

The Hollywood Reporter story I found mentions something that some of you may not know: often in movies, multiple cats or kittens are used to play one part… at least when there are real cats at all — way too many films these days rely on CGI animals. This one didn’t, and I give them a high paw for that! Keanu required seven different cute tabby kittens, each with his own set of stunts. They picked tabbies (which they got from the shelters) because they were common and it was easy to match patterns. The kittens were trained especially for the movie, and when they weren’t in scenes, they doubled as therapy for the cast and crew… and all of them wound up with homes! Three of them stayed with the trainer and the rest went to regular households — or as regular as an entertainment industry home can be (my human knows because she grew up in one).

The story also mentioned some of the training techniques — and they are a lot of the same things I do! The kittens were trained to wear hats by using treats — and you can bet I got lots of treats for wearing this awful thing. 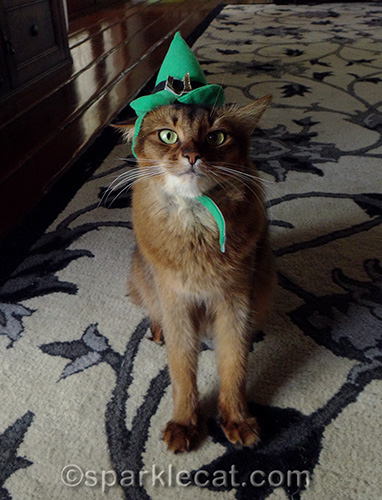 The kittens were also trained on location — the same way my human puts me through my paces when I’m at loud, noisy cat shows. In fact, I enjoy doing tricks for visitors at cat shows, and a couple of times my human even let a kid do high fives with me! That was fun. I’m still learning how to ring the bell, but once I do, it’s coming with me to cat shows. 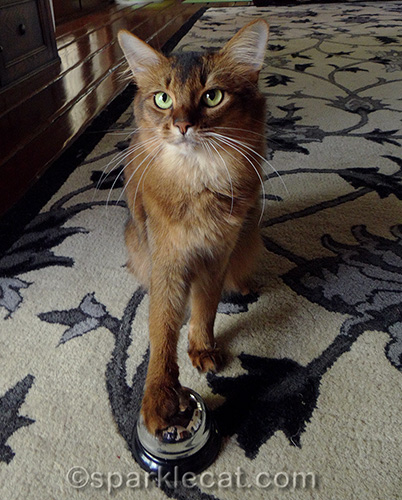 The important thing is that the humans let the kittens set the pacing. And that is really how cat training goes — it’s more the cat showing the humans what they like to do, and then the humans helping the cats make the most of it. A trainer can mold a dog’s behavior. We cats do it the opposite way — we mold the trainer’s behavior. And even Hollywood trainers have to bow to the whims of the tiniest kitten. 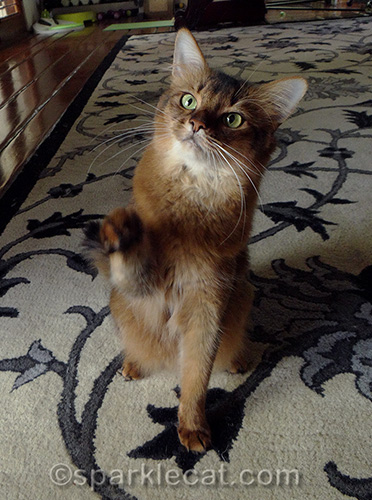 My human is going to see Keanu when it comes out! Is it the sort of movie you’d watch?