You are here: Home / Kitty Wisdom / Cat Rituals – The Way to Bond With Your Cat 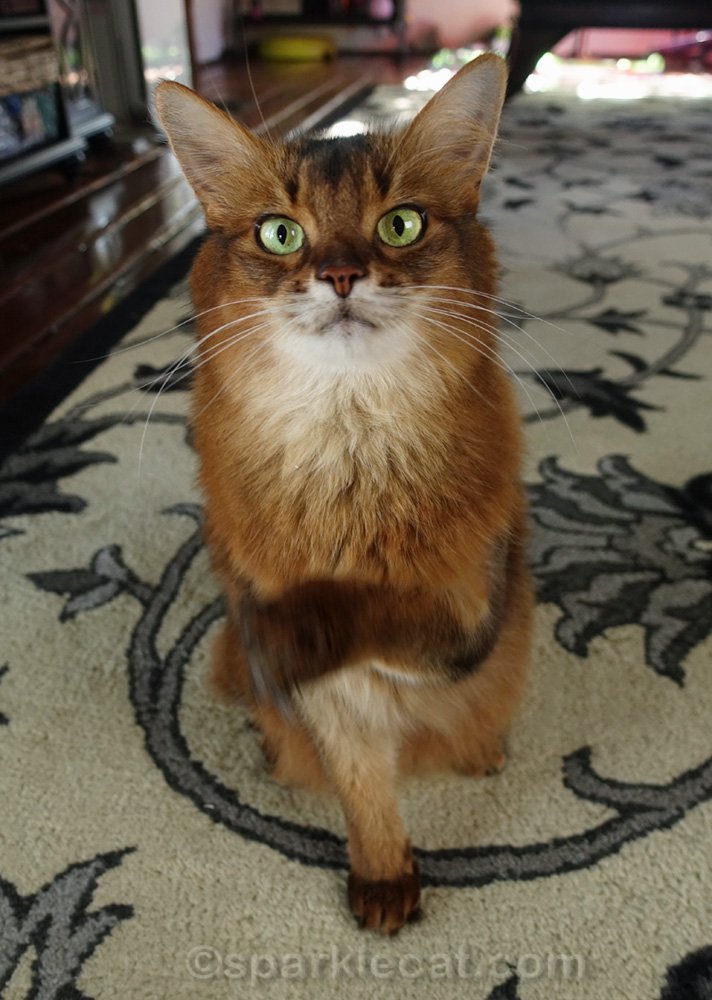 If you want a closer relationship with your cat, it’s actually pretty simple. Creating cat rituals is a great way to bond with your cat.

Every cat is different and has their own favorite activities, whether it’s playing in boxes or with iPad games; their favorite treats whether that’s chicken or catnip; and habits that make them feel comfortable and cozy. If you’re an involved and caring cat companion, you probably know what all of these are. But to really take things up a step, create rituals around these. This type of modification may seem insignificant to a person, but it makes a huge difference to your cat.

We kitties are literally creatures of habit. We thrive the most when we have predictable routines. When it’s something fun, and it involves our favorite human (you!), it brings us even closer to that person.

Creating a few cat rituals isn’t that complicated. You may even do some of them already. But if you think of your cat’s day-to-day life in terms of a series of rituals, it’s even more helpful. The more you can take the good things in your cat’s life and build routines around them, the better.

Keep in mind, rituals don’t have to include set schedules. It can be a series of actions that lead up to the fun game or nice time. This is really helpful for humans like mine, who freelances and doesn’t work at specific times. For example, if she sets a box in the middle of the living room and gets treats out of the cabinet, I know we are going to play the box game! This happens pretty randomly, but I know what is going on.

It would be even better if she told me ahead of time we were going to play the box game. After doing this a few times, she could just tell me it was box game time and I’d be waiting for the box and treats to come out!

So whether it’s treat time, nip time, or even just couch time, set up rituals around them. It’ll enhance your cat’s enjoyment of these activities. For cats, knowing that something good is about to happen is half the fun.

Is there a time when cat rituals aren’t good? Try to avoid time being part of the breakfast ritual, if you like sleeping in on your days off. I know I’m getting fed once my human has gotten up, brushed her teeth, gotten dressed, and turned on the computer. So the getting up part has never been a big part of my breakfast ritual. I just get up when she does. Actually, I usually get up after her! I know breakfast is near when that computer gets turned on.

Do you have cat rituals at your house? And where do you think you could create new ones? Let me know in the comments! 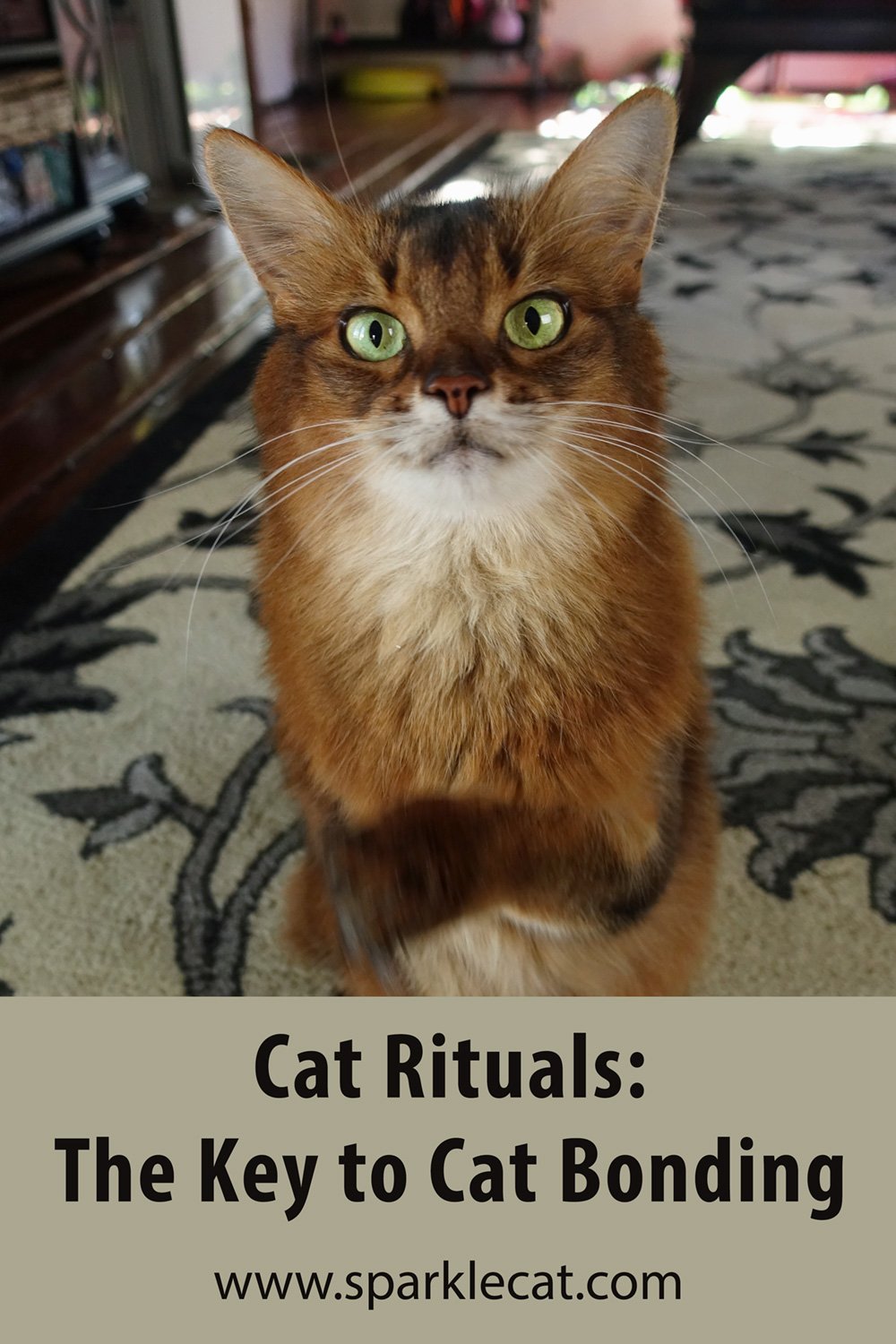