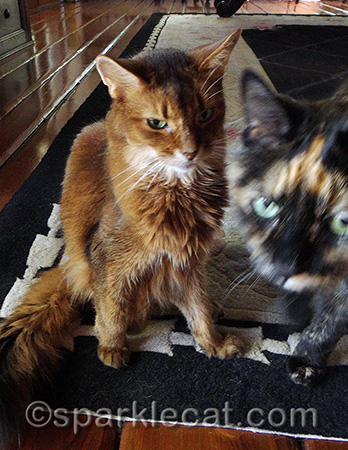 June is Adopt A Shelter Cat Month, and since Binga was adopted from a shelterÂ â€” the North Central Los Angeles Animal Services shelterÂ â€” I decided to let her kick off the month by explaining why humans should adopt tortoiseshell cats. Honestly, I do not agree with all of them! But I’ll let that slide because torties are less likely to be adopted than other colors, like pointed (Meezer) and orange kittiesÂ â€” and more often returned to shelters after being adopted. Tortoiseshell kitties need all the attention they can get (and if you don’t give it to them, they will take it anyway!). So here you go…. 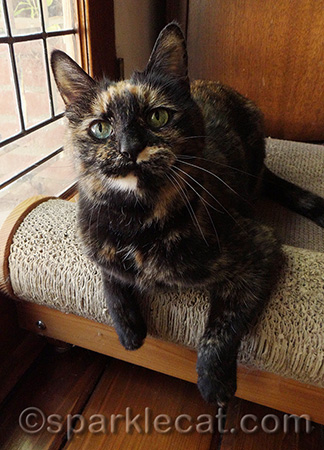