You are here: Home / Kitty Wisdom / An Evening With the Acro-Cats

The Acro-Cats have been in our town for a couple of weeks, and my human finally was able to break away from everything she is doing to see them! The last time they were here was two years ago so she was really excited. 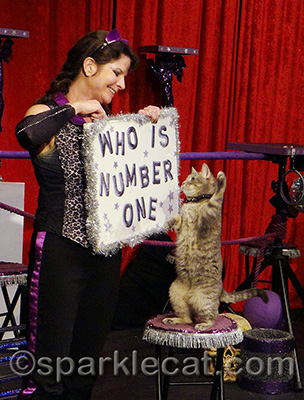 This trip to Los Angeles has not been the best for them. On opening night, their SUV was vandalized and a $2000 fiberglass replica of the show’s star, Tuna, was badly damaged. I snagged this image off the troupe’s Facebook page — isn’t that disgusting?

But that did not keep the cats down! They have continued to wow audiences throughout their run, and they will be doing more shows around California and the western United States for the next few months. You can see their upcoming schedule here.

My human brought her camera to the show she attended, of course. The Acro-Cats welcome photographers. 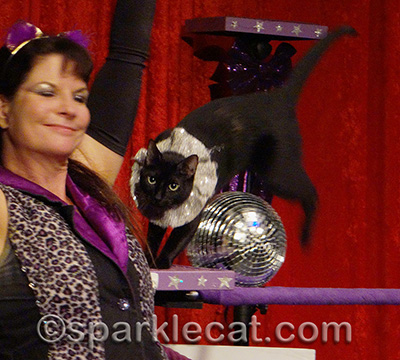 That does not mean that she got good pictures, though! She has lots of photos of blurry cats because the performers were always in motion! 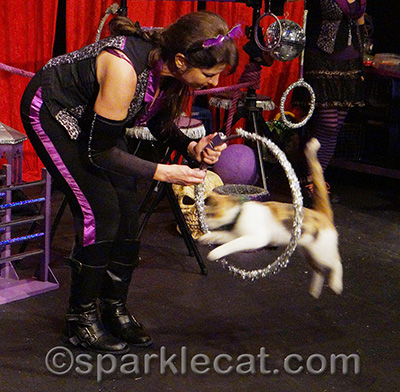 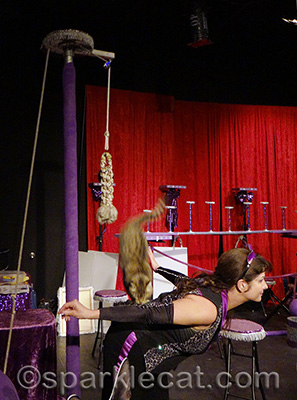 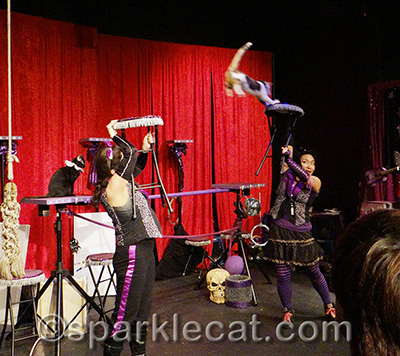 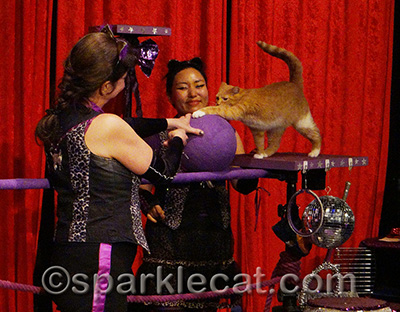 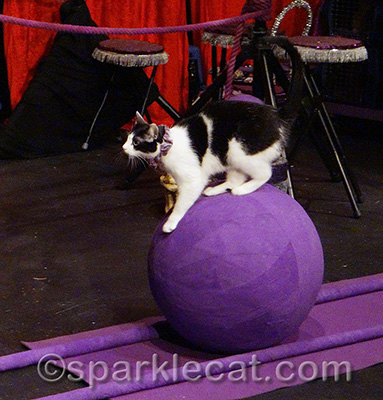 There was even dinner! Oops, I mean, a chicken performer. 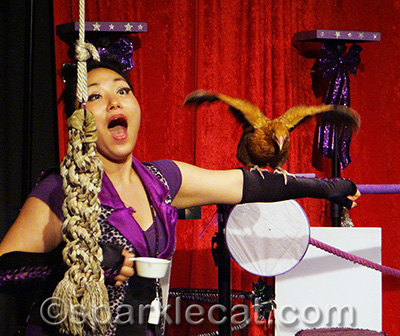 And of course — the Rock-Cats! 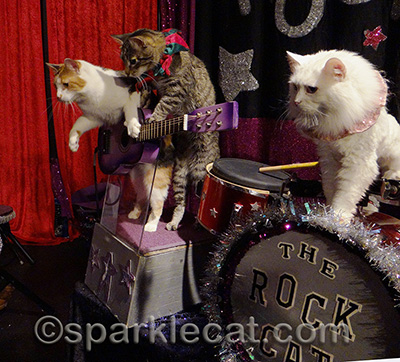 And as always, Tuna played cowbell. 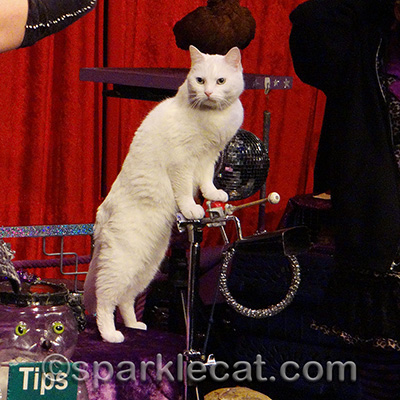 You want to know the best part of the show? It’s not all the awesome tricks, total cuteness or the purple props — it’s that all the feline performers are rescued cats. And the troupe’s head human, Samantha Martin, fosters. In fact, she has some month-old kittens on the road with her right now. They will probably be adoptable by the time they hit the northern West Coast. If the Acro-Cats come to your town, make sure you see them!