There is a drive today to spread the word about adoptable pets. The really cool thing about this is that, purely by coincidence, Kitten Rescue just held its annual St. Catrick’s Day Open House, featuring food, drink and the sanctuary’s adoptable kitties! My human baked some cookies for the event and came down and helped set up for a little while. Well… she helped set up when she wasn’t busy photographing adoptable kitties! She is a far better photographer than she is a setter-upper, apparently.

The St. Catrick’s Day Open House is a gathering and fundraiser for Kitten Rescue’s volunteers, fosters, supporters and their friends, and it’s a great chance to meet the kitties who live at the main sanctuary. Not all of Kitten Rescue’s cats live there — many of them are staying in foster homes. A lot of the kitties in the main area of the enclosure, where you walk in, are very friendly, which is no surprise since they are around humans so much. But enough of my meowing, let’s get to the party!

There were three tables of food. You could make your own falafel sandwiches, and there were vegan and non-vegan treats. Everything smelled really good, according to my human! Although I am not so sure, since I don’t see any tuna or chicken here. 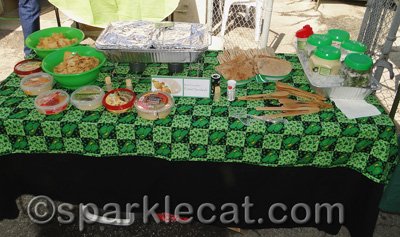 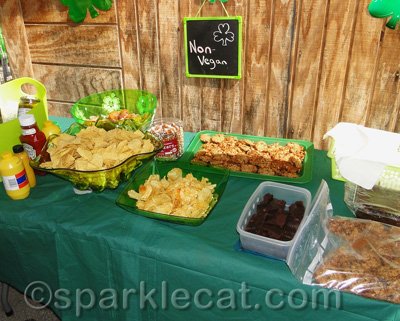 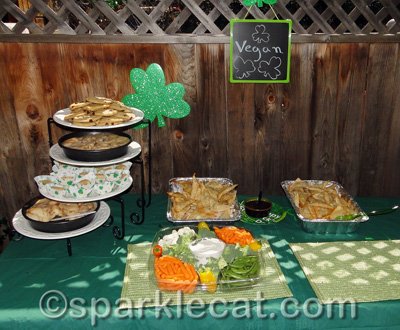 There were also sodas, wine and water. Again, I wonder where the tuna juice was. 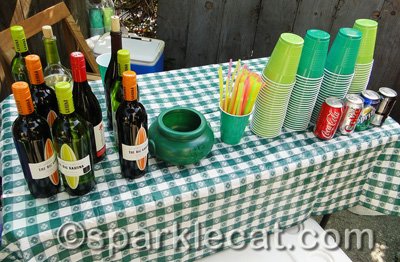 There were merch and Scratch Lounges for sale, all to benefit Kitten Rescue. 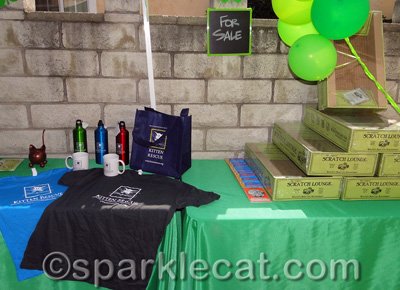 You could also sponsor one of the sanctuary kitties. In fact, if you weren’t there and you want to sponsor a cat, you can do so here. 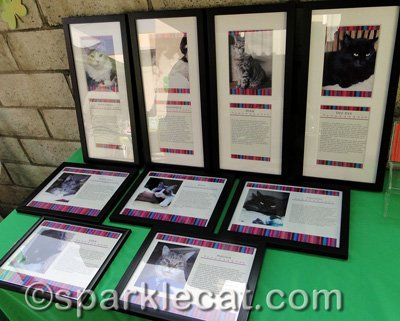 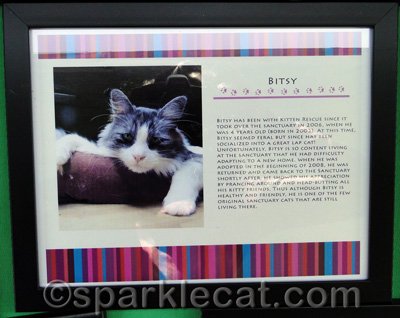 Now, let’s go in and meet some of the kitties! Each one of them has something special to say to you — just hover your pointer over the photo. 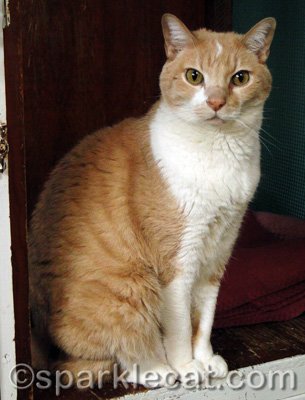 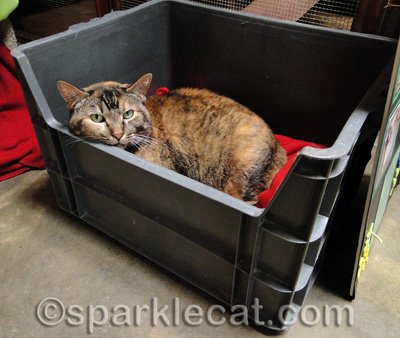 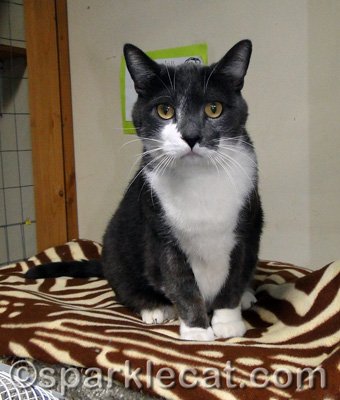 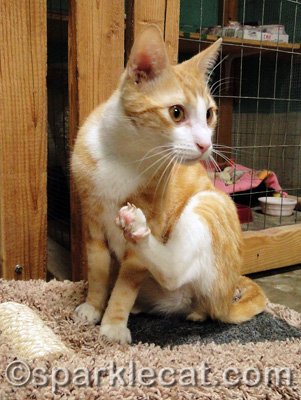 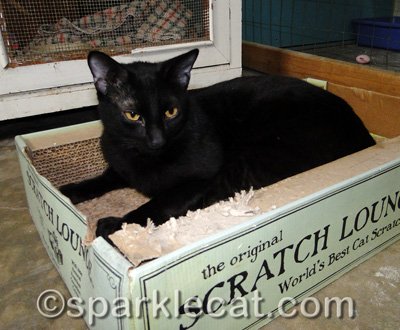 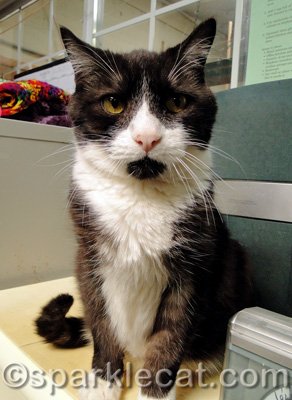 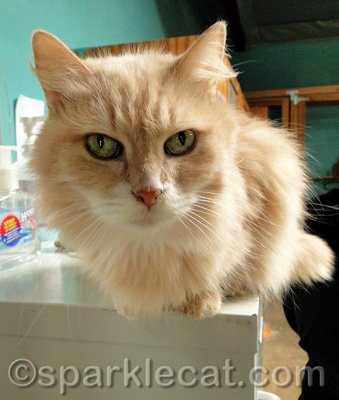 The party had barely gotten started when my human had to come home. She hopes some humans were inspired to adopt a cat! But even if you are too far away, or your home is already full of kitties, you can still donate. 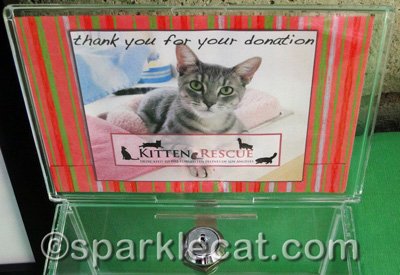