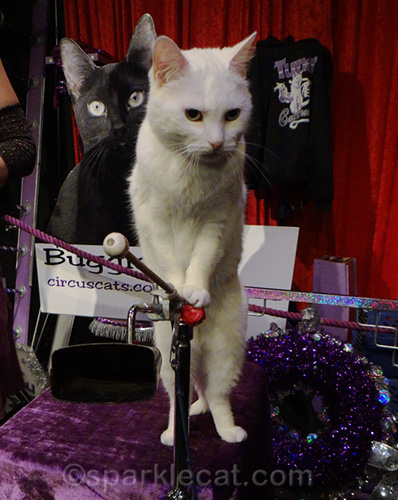 Losing a kitty is one of the hardest things a human can go through. It’s even harder when the human and the cat are a bonded pair. And it’s even harder than that when the bonded pair spend years working and traveling together. Today, Samantha Martin, the human behind the Acro-Cats, is losing the star and inspiration behind her troupe of performing cats, Tuna. Our hearts are breaking for her.

In December, Tuna was diagnosed with an aggressive oral fibrosarcoma, and Samantha has arranged her final appointment with the veterinarian. Although the show will go on — or at least it will after the currently scheduled shows are finished and the troupe takes a break — it is truly the end of an era. 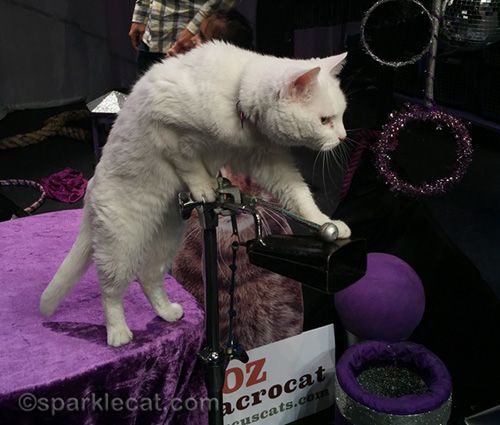 Fourteen-year-old Tuna was the first Acro-Cat and manager of the Rock Cats, the mostly-feline band (plus chicken) that always ends the Acro-Cats’ show. Known especially for her talent at the cowbell, Tuna was an icon and the most recognizable of the cats. 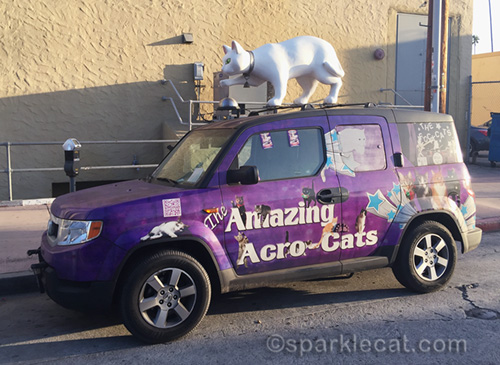 When Samantha taught Tuna to ring a desk bell and do a High Five, the Acro-Cats were born. Along the way, Samantha had to make a decision: did she want cats that were highly trained and just existed for the tricks they could do, or did she want traveling pets who just happened to do awesome tricks when the mood struck them? Happily, she chose the latter, and everywhere the Acro-Cats go, they show the humans in the audience that cats can do tricks… maybe even their own cats at home. 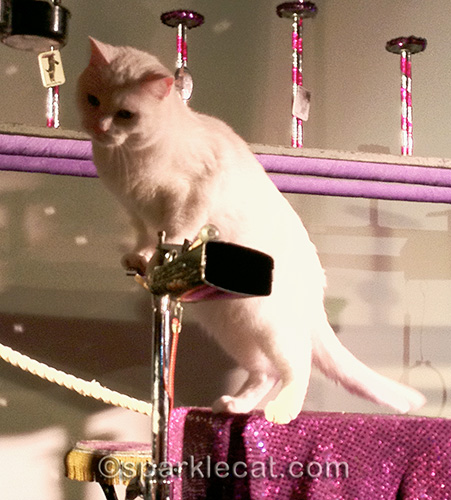 My human has seen the Acro-Cats several times, first in March 2012, and most recently in April of last year. She took to heart the fun lessons she saw coming from the stage, and was so happy that I wanted to learn tricks too. Tuna was my idol and inspiration, and I was so sad to see the news about her illness. 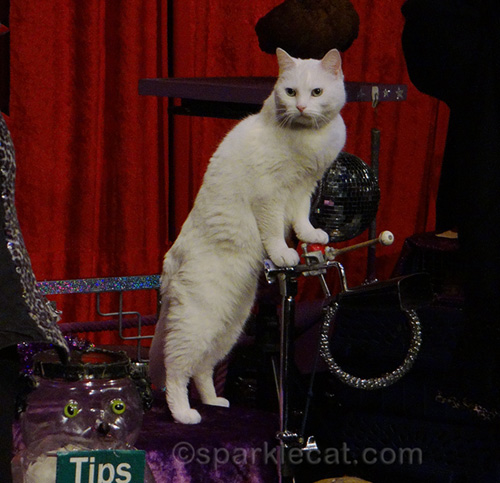 Farewell to a great cat, whose legacy will continue as long as humans love felines. Every time I do a High Five for a child in a hospital, I will think of Tuna, and offer a purr of gratitude.