You are here: Home / Kitty Wisdom / About My Nose Freckle 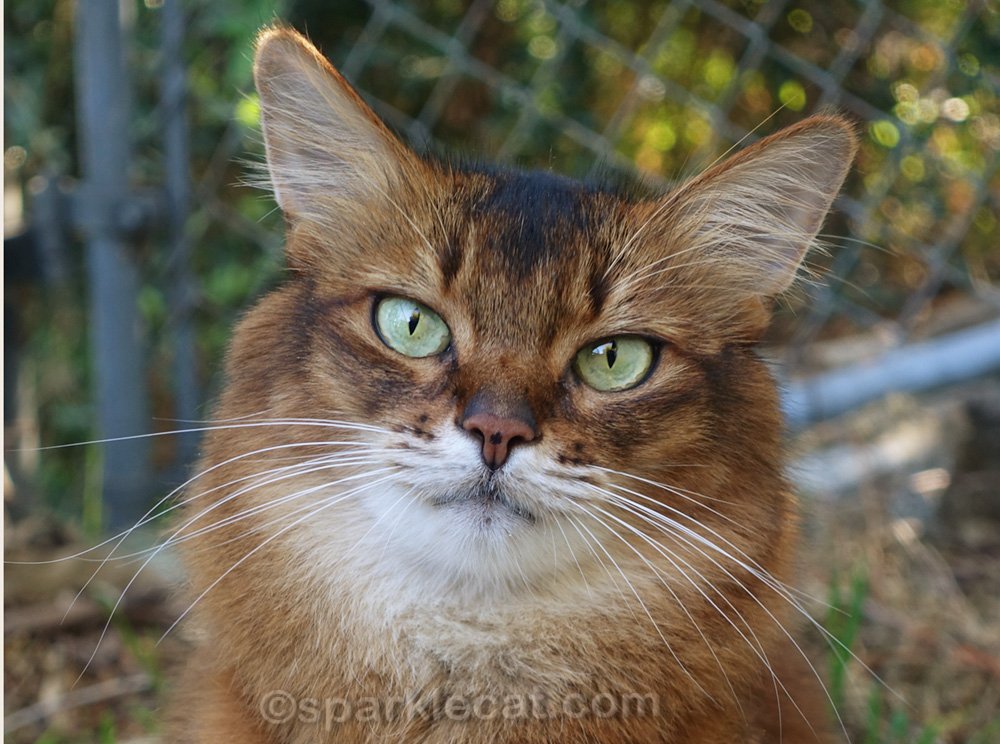 I’m sure you’ve noticed my nose freckle. But did you know I didn’t always have it? I have proof! 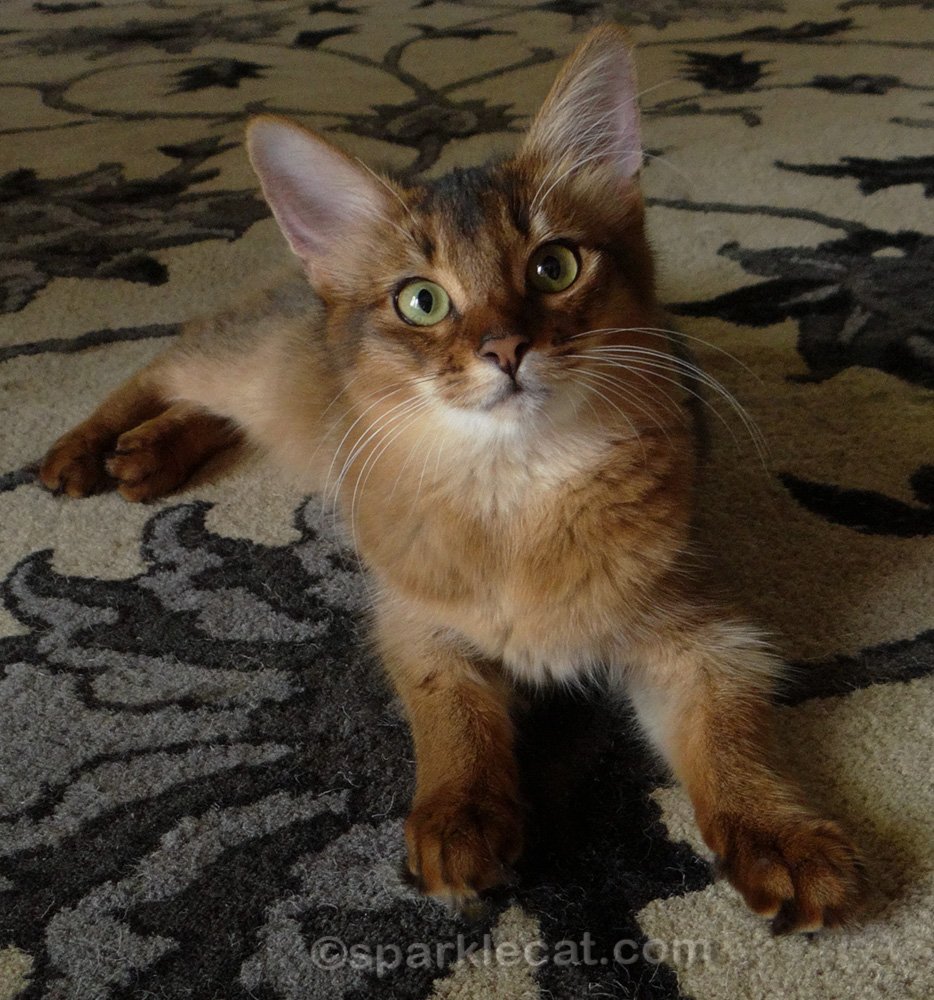 Here’s a kitten photo of me from September, 2014. See? No nose freckle! 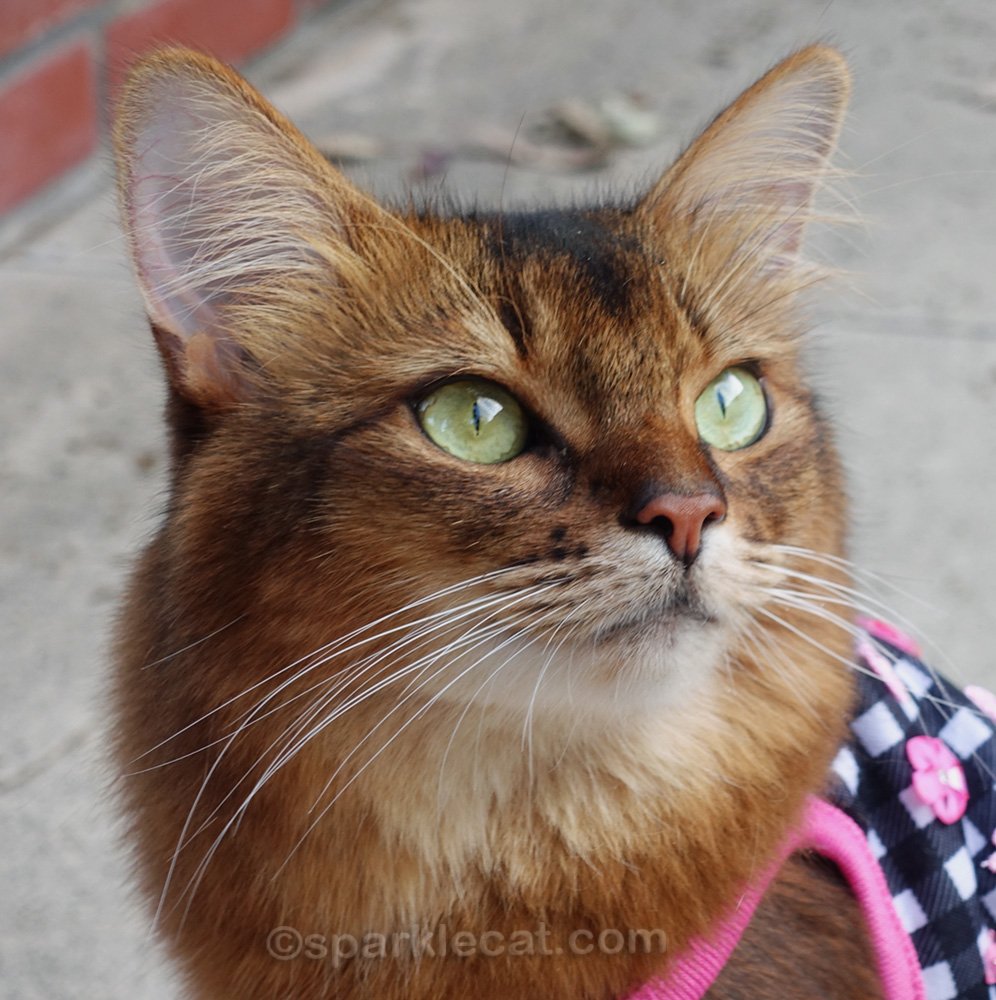 In fact, here I am three whole years later, and it’s still not there! 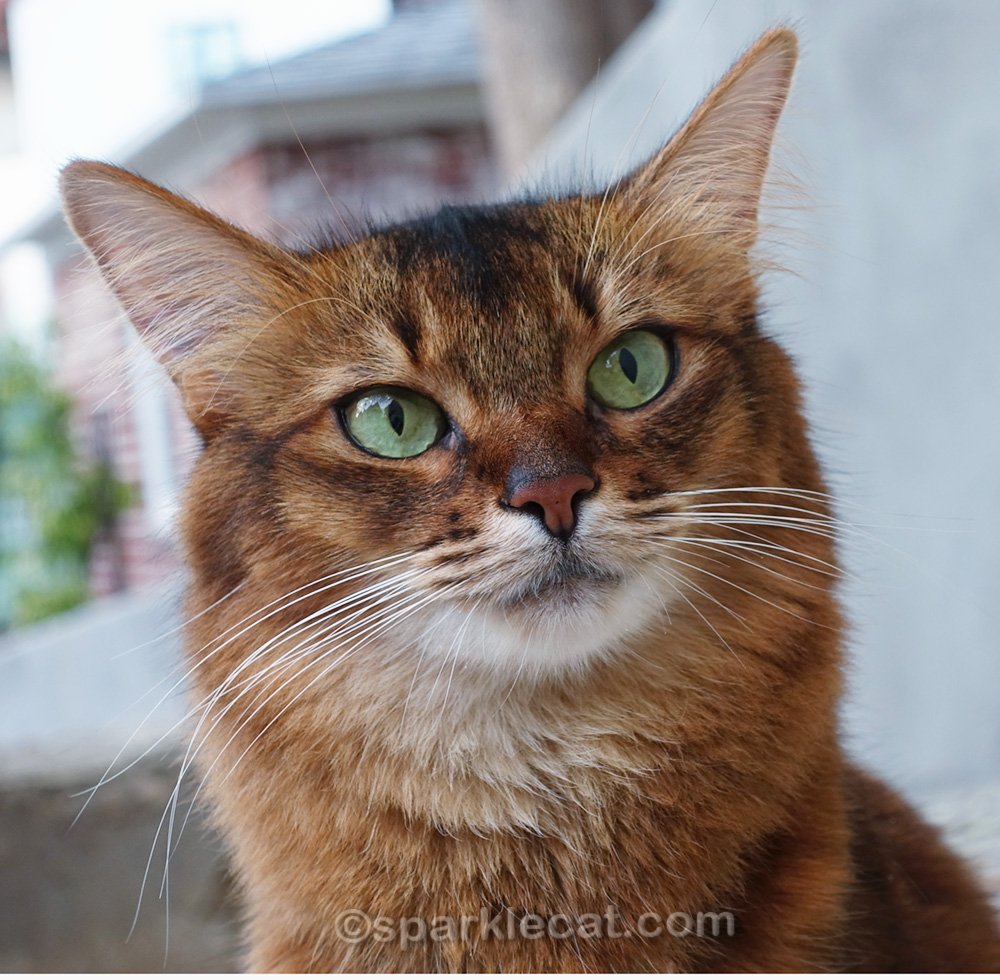 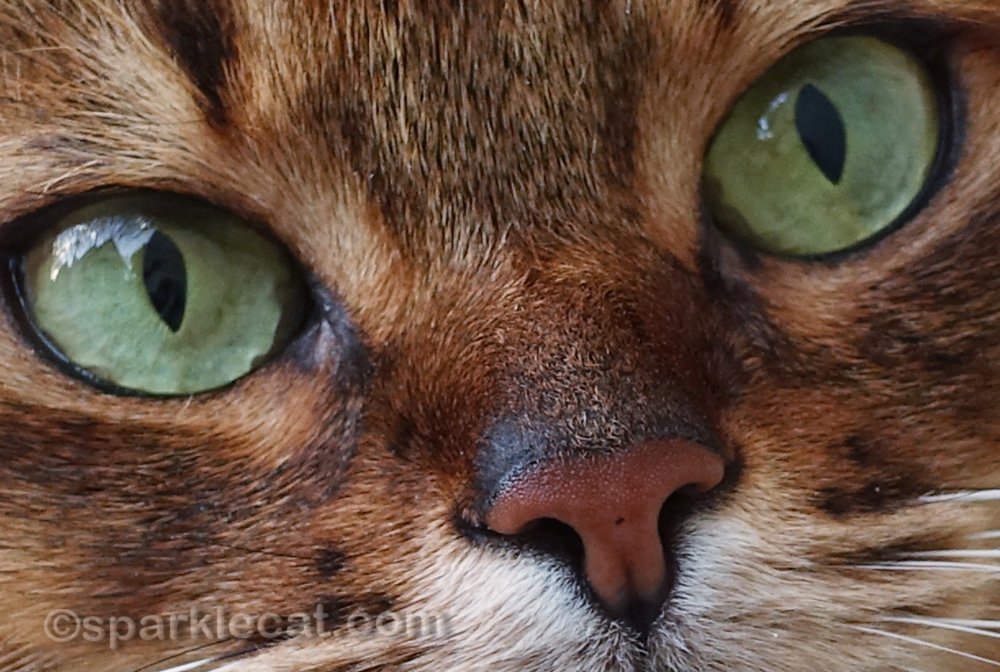 Here is a closer view. You may still have to squint. 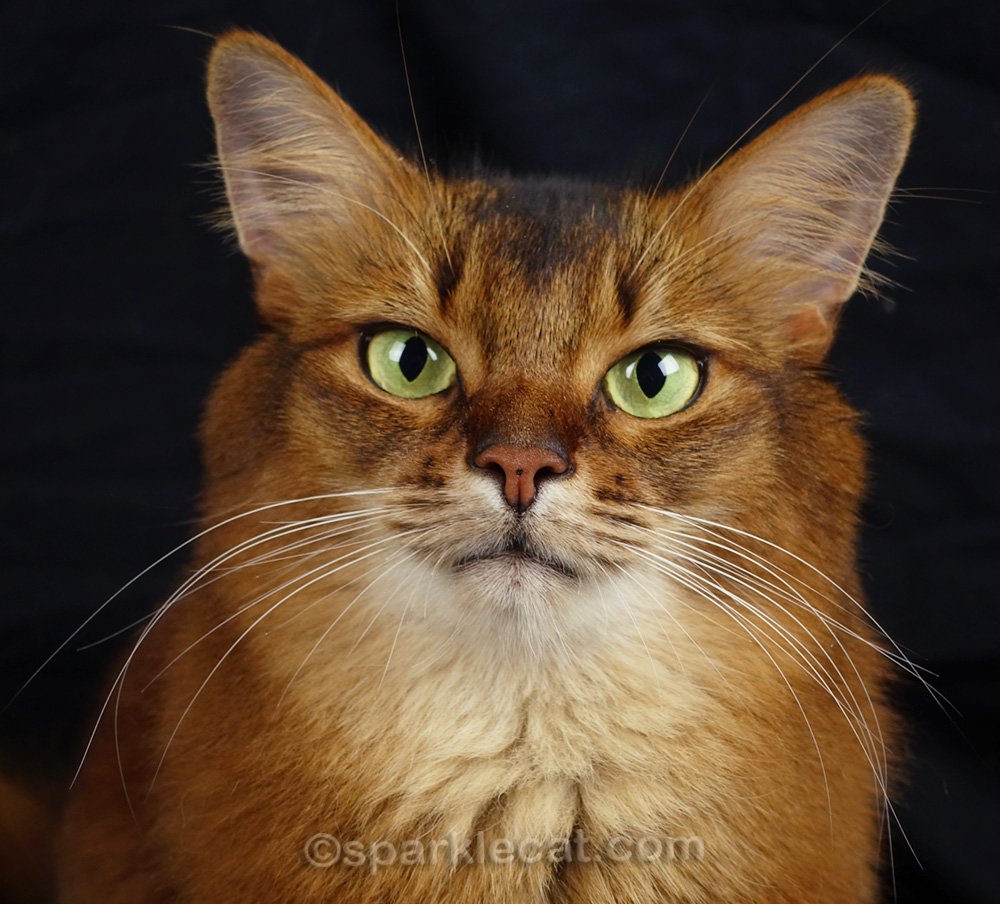 By November 2018, a year later, it was pretty noticeable. 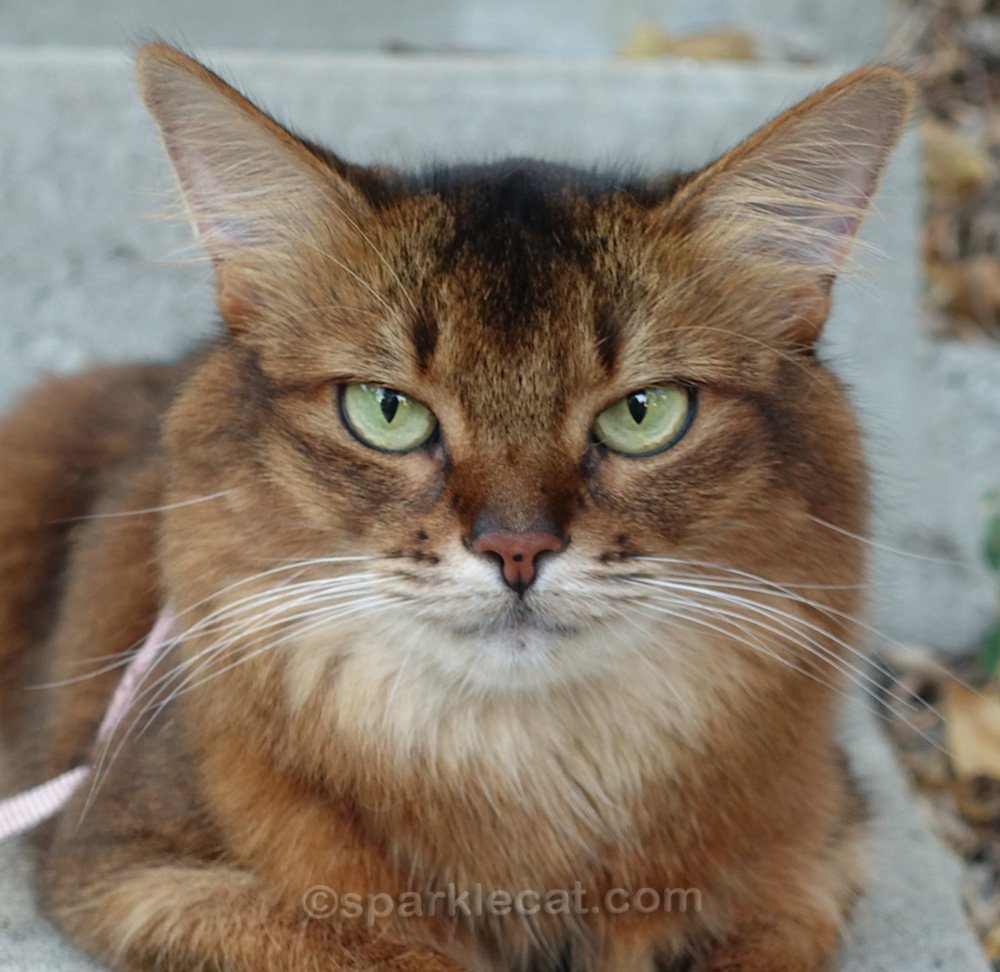 By September of 2019, it had grown a little. It’s larger than this now.

So what is the deal with my nose freckle? It doesn’t seem to be that common with Somali cats, or the breed we came from, Abyssinians. But we do have orange colors in our coats, which is apparently an indicator for these types of freckles, otherwise known as lentigo. Lentigo simplex is a condition that many orange tabbies and some calico and tortie cats have. The freckles appear because of cells (melanocytes) that create more melanin than the skin around it. They are most often found on lips, gums, and yes, noses.

Lentigo often appears when a cat is a few years old. That is why orange tabbies with a predilection to freckles will often grow more of them as they age. And why my freckle has gotten bigger over the years.

Even though lentigo is harmless, always make sure your veterinarian checks out any changes in your cat’s skin. Malignant melanomas are rare in cats, but should always be ruled out by a vet. 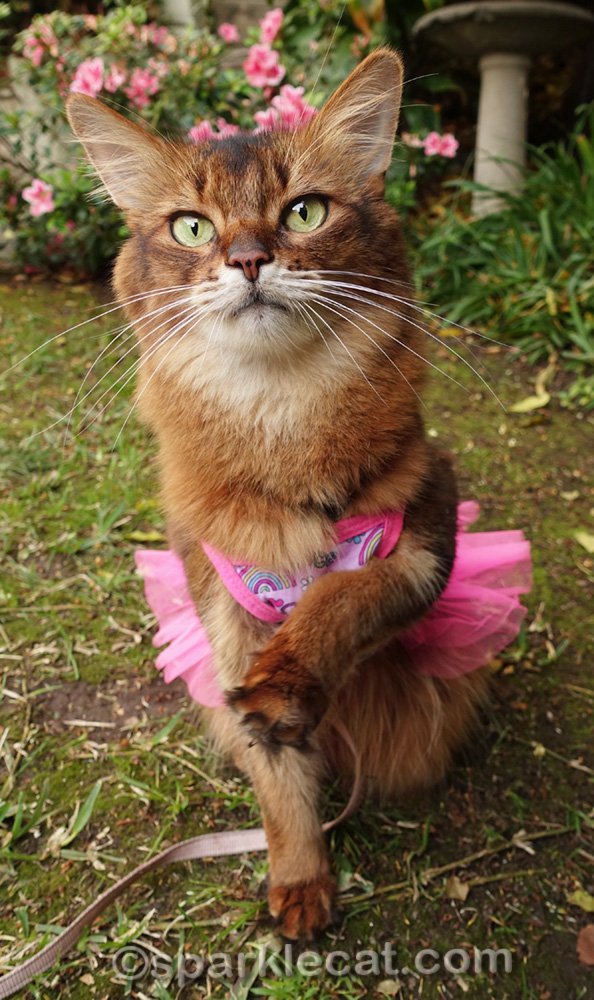 So what do you think? Were you surprised to see how much my freckle has grown? And did you know about tabby cats and calicos having freckles? Let me know in the comments! 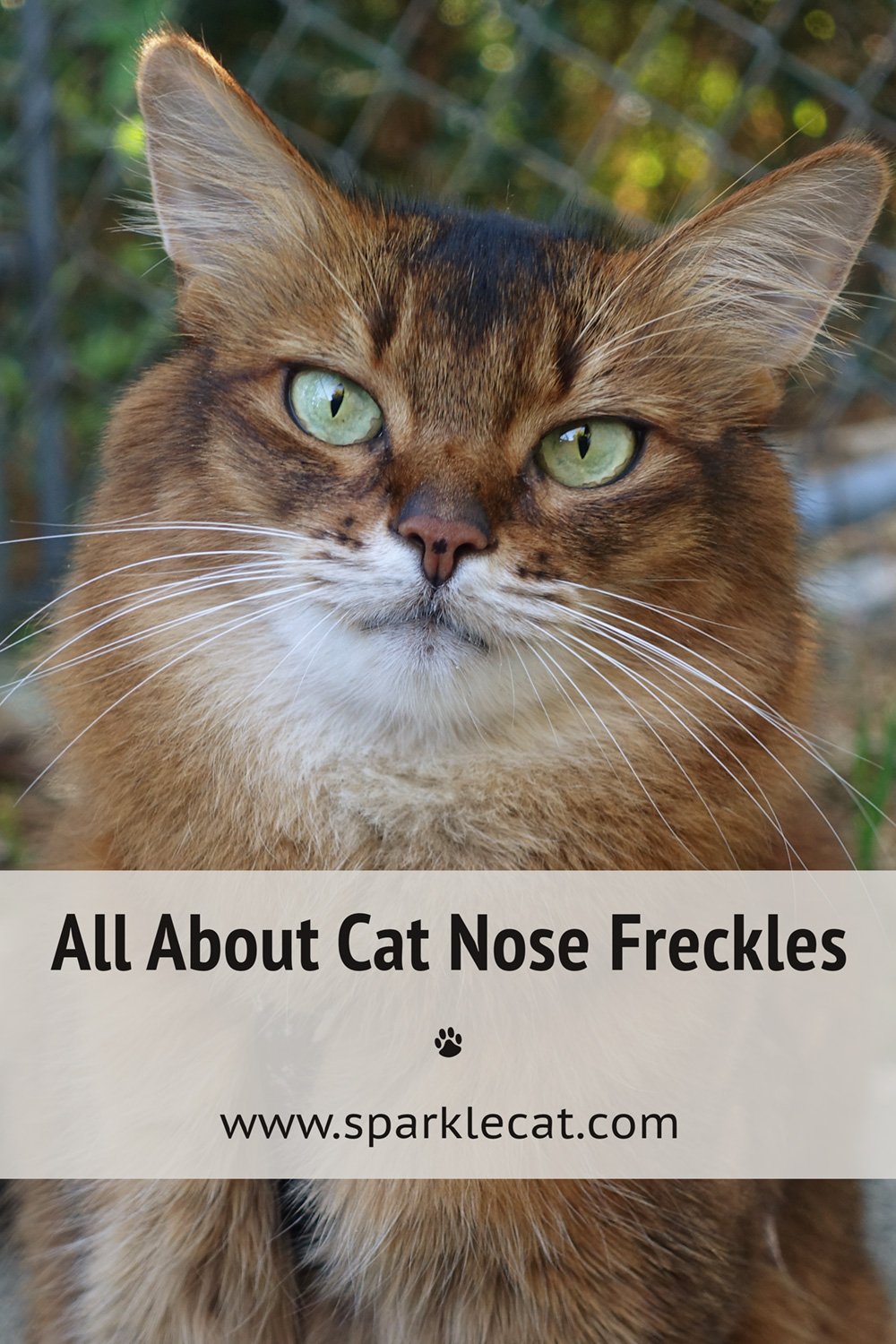