You are here: Home / Kitty Wisdom / A Celebration and a Smack Down 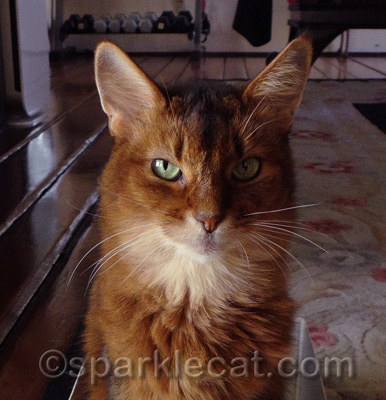 I have awesome news and awful news today, which I think illustrates the best and worst of humans. Don’t worry, no kitties got hurt in the awful news… ugliness in the heart doesn’t always express itself violently, but that does not mean it is any less hurtful — because its expression can lead to harmful acts.

But first the good news. I have to give a big paws up to the Friskies team, and celebrity cats Grumpy Cat, Oskar the Blind Cat, Colonel Meow, Nala Cat and Hamilton the Hipster Cat. Just yesterday, I shared a blog post about the music video these kitties made with Friskies. Every time the video was viewed, Friskies promised to donate a can of cat food to the rescues each celebrity cat supported, up to 500,000 cans. Well, the video debuted on Tuesday, December 10, and it only took two days for it to reach its goal! That means Humane Society Silicon Valley, Kitten Rescue, Seattle Persian and Himalayan Rescue, Purrfect Pals and the Cat Welfare Association are each getting 100,000 cans of cat food! That is going to feed a lot of kitties in need! Great job, everybody! 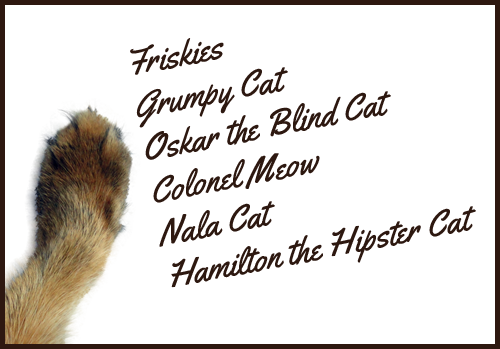 Now I want to mention something a lot less pleasant. In the middle of this worthy event, TMZ came out with a small-minded and cruel video making fun of Grumpy Cat, calling her retarded and stupid and making fun of her. Grumpy Cat has feline dwarfism and a placid demeanor, neither of which necessarily indicates a lack of intelligence… but even if she weren’t very bright, it’s still horribly wrong to poke fun at a creature (or a kid) that is different. It gives validation to the worst impulses in human beings and encourages people to do awful things to animals and other humans who are different from the norm. Sorry I’m not linking to the video, but if you want to watch it (and get as mad as me and my human), you can go to the TMZ website and do a search on Grumpy Cat. TMZ gets an emphatic paws down for this tasteless and ill-timed video. They have never been a paragon of good taste, but this is even lower than the regular fare on their website. 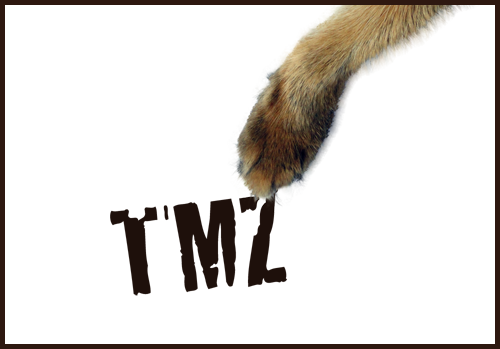 Now that I’ve had my say, let’s forget about TMZ and remember all the good humans and animals can do when they work together.