You are here: Home / Kitty Wisdom / 5 Reasons We Cats DON’T Want to Be Like Dogs – and 5 Reasons Dogs Should Envy Cats! 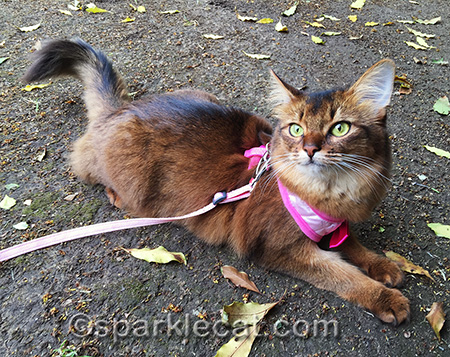 Nothing against dogs or you dog loving humans, but I really dislike it when someone says a cat is being dog-like, as if that is a compliment! Sure, we cats can show affection and sometimes follow our humans around the house, some of us (like me) walk on leashes, and sometimes we will do tricks (usually for treats) — but we do it on our own terms. Dogs do it because of their desperate need for approval. When humans compare cat behavior to dog behavior, they are only showing that they don’t understand us cats, or the motivations behind what we do. Feline ways come from a different mental place than dogs, even if the outcome looks similar.

Besides, there are certain dog behaviors that I am sure humans would rather we cats not have — and frankly, I am glad we don’t do these either!

Maybe dogs would be better off if they became more cat-like! Just think of the things we kitties can do that dogs can’t: 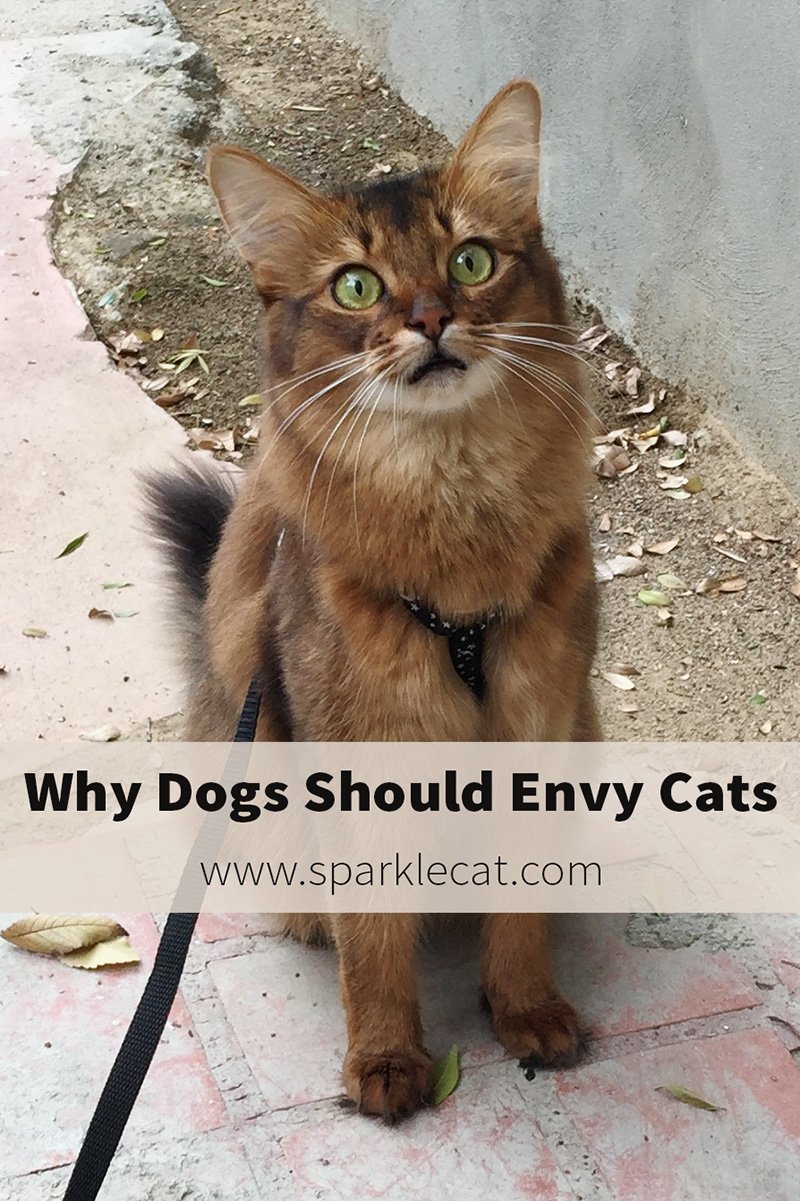