You are here: Home / Diary / Winter Outside Time 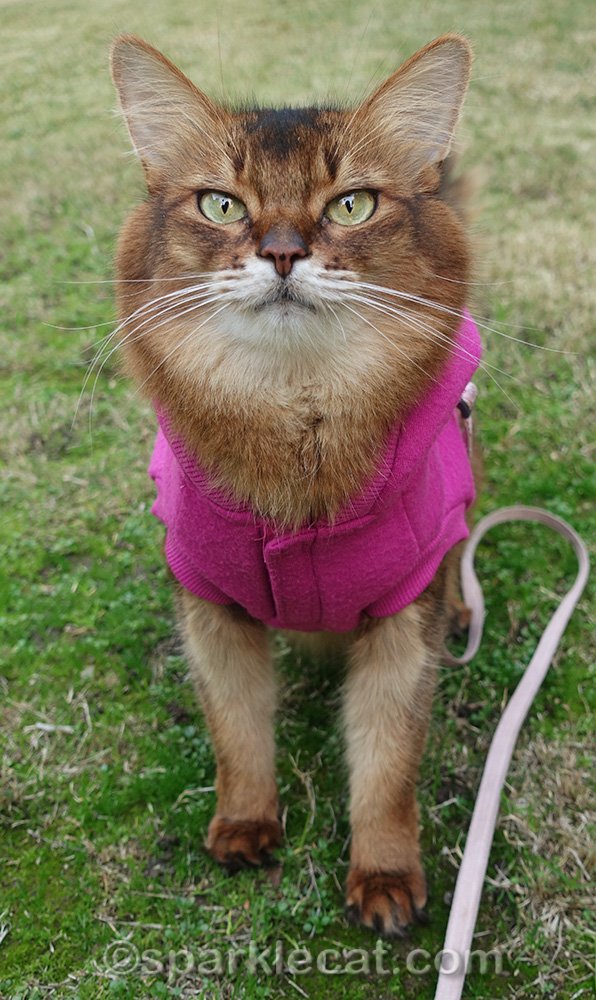 The rain stopped and the weather finally warmed up a little bit so I got some outside time. It was late in the day and starting to get cool so I wore my raspberry hoodie. 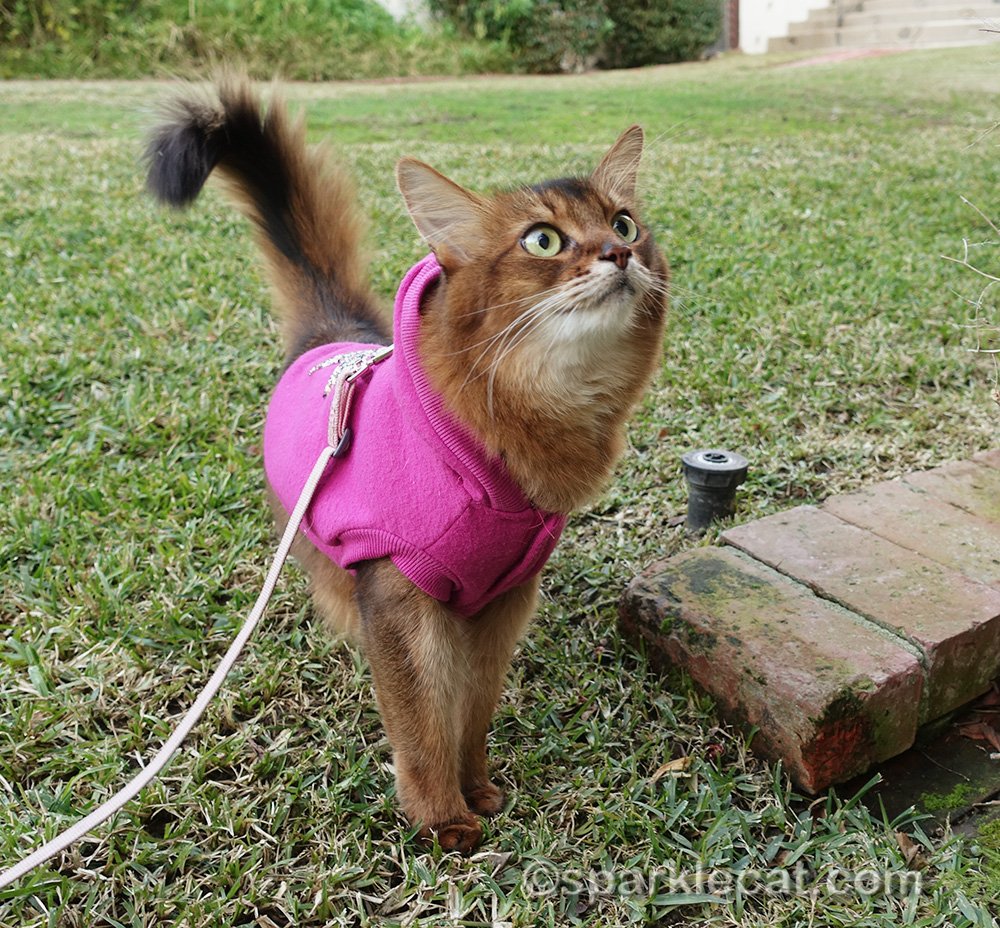 I got to wander in the grass, explore and watch birdies. The only bothersome thing that happened was a guy walked by with a young, excitable dog on a leash. Usually I don’t pay much attention, but this one upset me. My human trusts my instincts as far as whether a dog might be dangerous… but this time, she didn’t trust my impulse, which was to bolt and run back to the house. She knew that the dog was under control and across the street, so it really wasn’t much of a threat. But she also knew if I ran away it would be the wrong thing to do, because it would cause the dog to want to chase me. So you know what she did? She held me close and put her whole body over me to protect me. That way, I couldn’t move, but I still felt safe. Once the dog and its owner were father up the hill, she let me free and I was calm again. 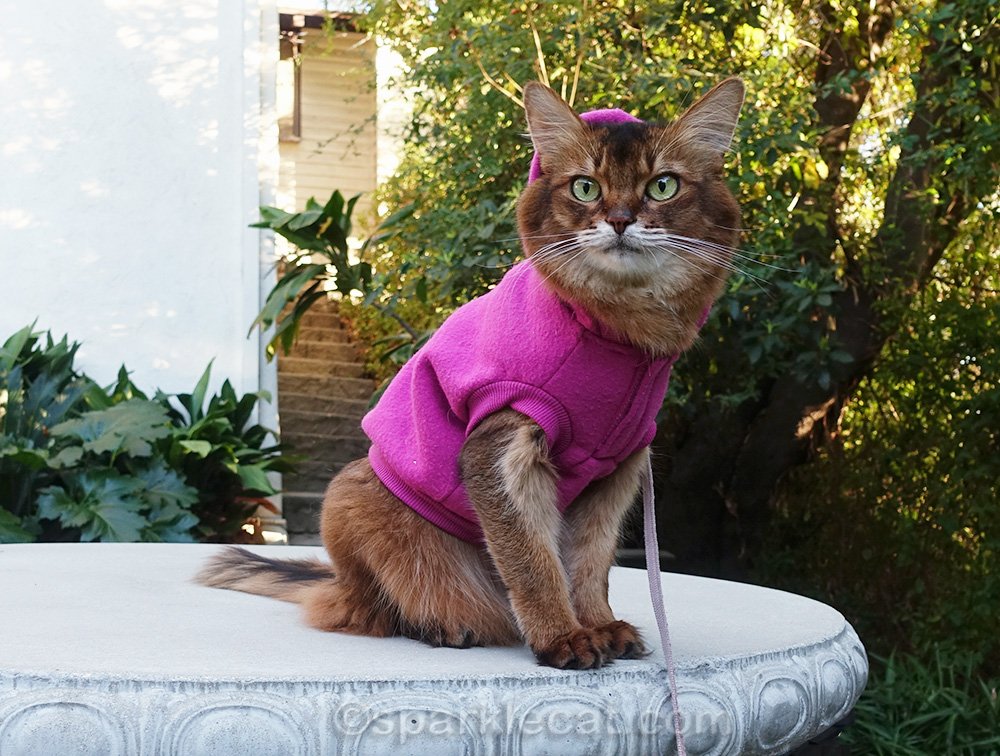 By the time the dog and its owner came back down the hill, I was posing on the concrete table, far from the street and a lot closer to the house. 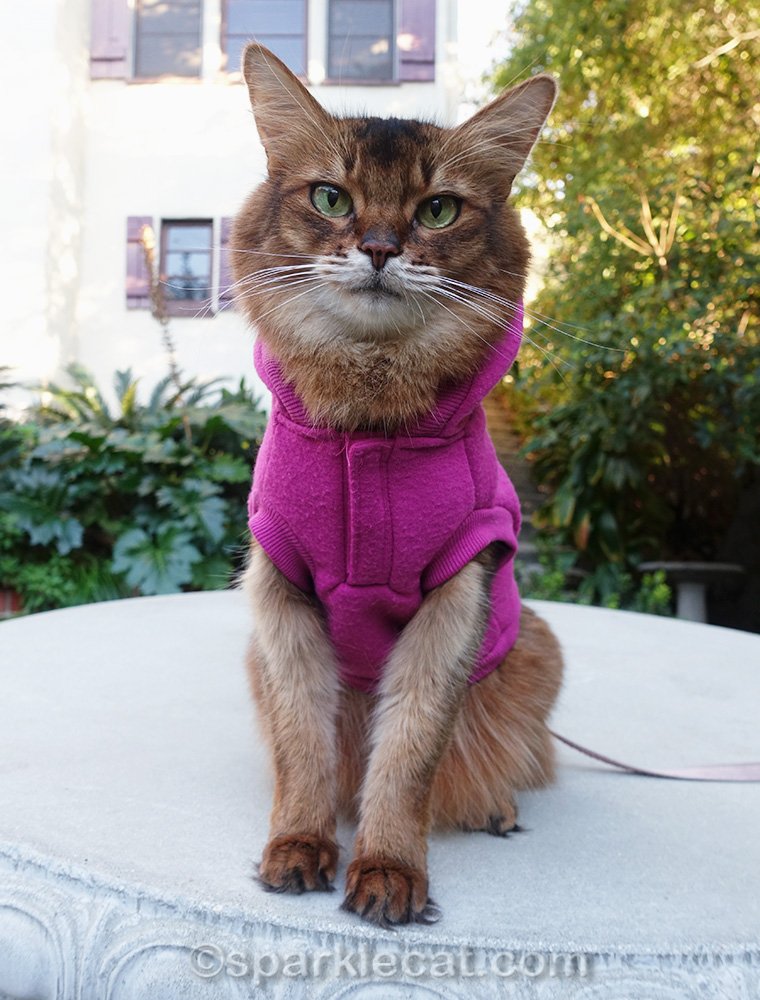 I wish I had more hoodies. They really do seem to suit me, don’t they? 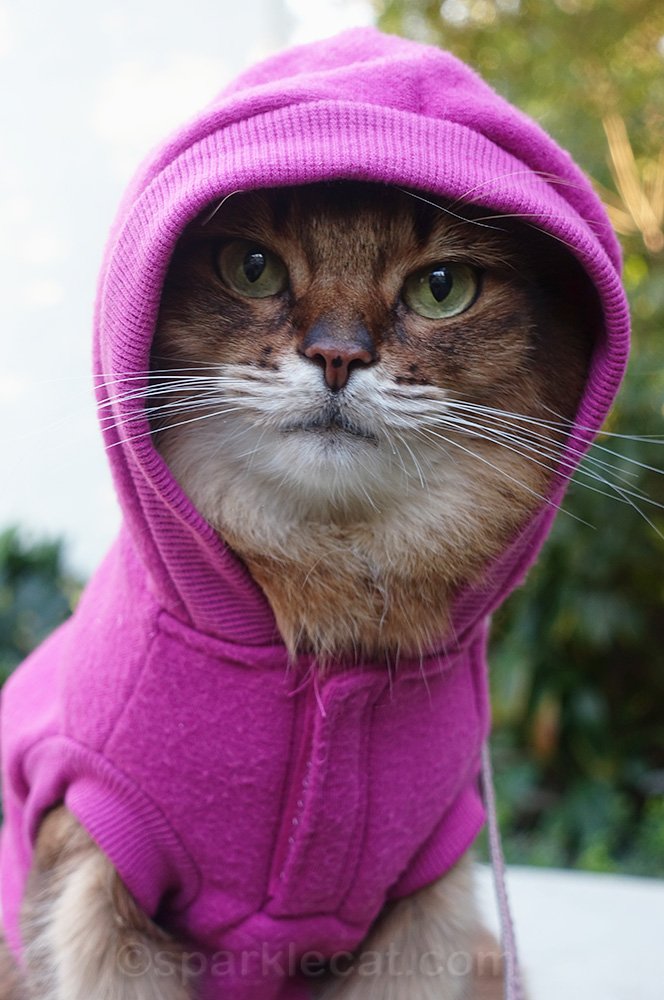 Here I am with the hoodie covering my ears. Does it make me look mysterious? 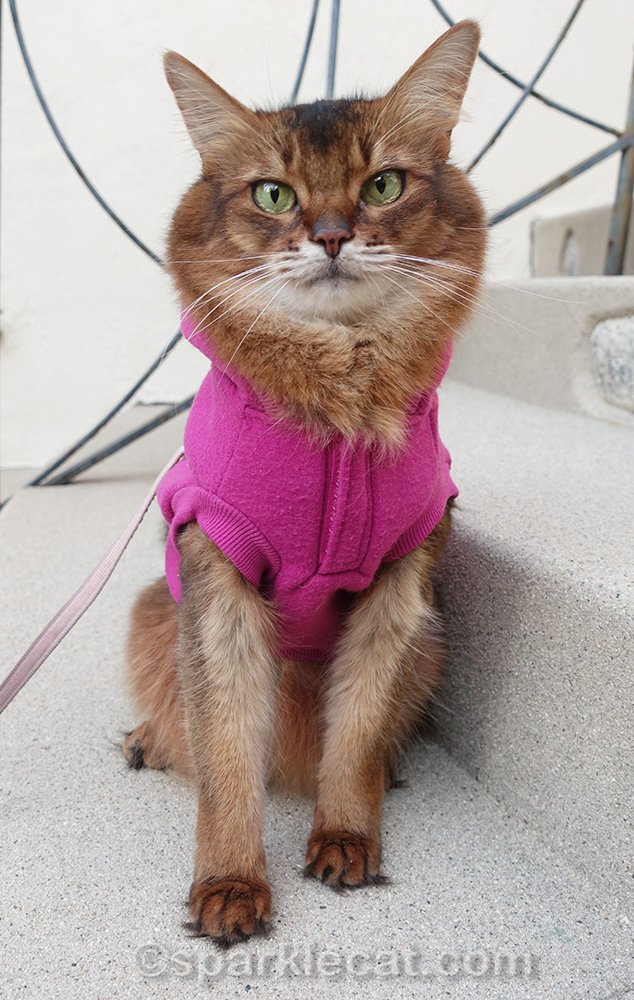 The sun was really starting to go down and it was getting colder, so it was time to go inside. 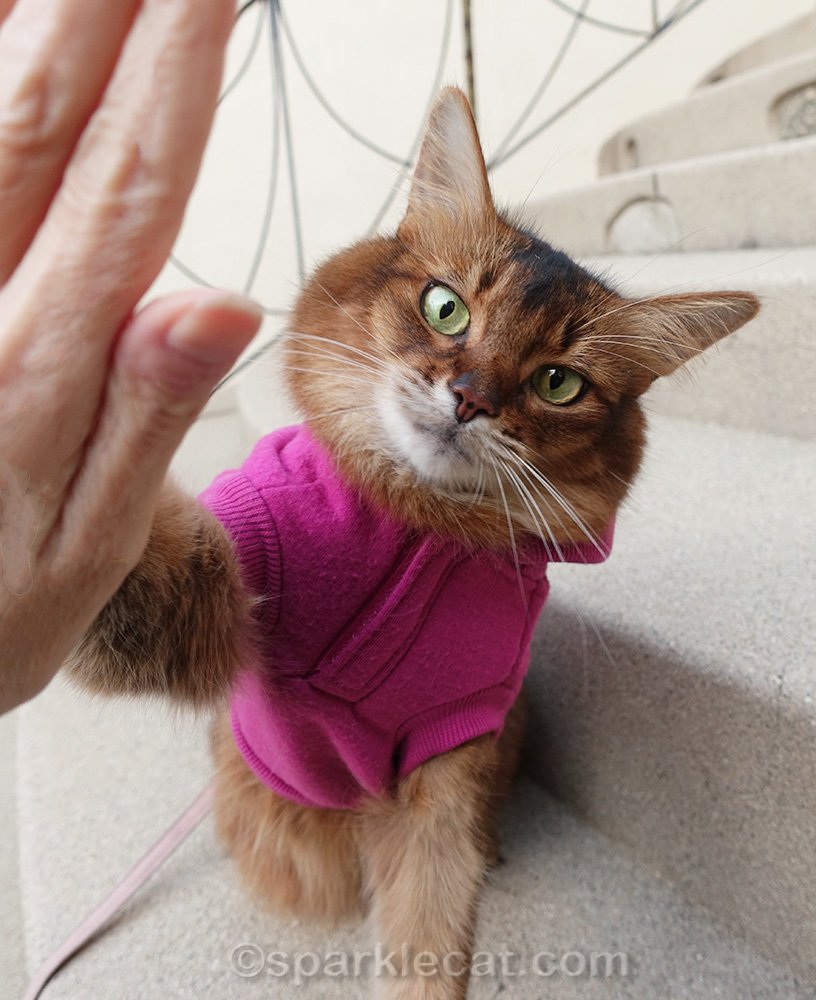 I had a nice time, in spite of worrying about the dog! I think that deserves a high five, don’t you? 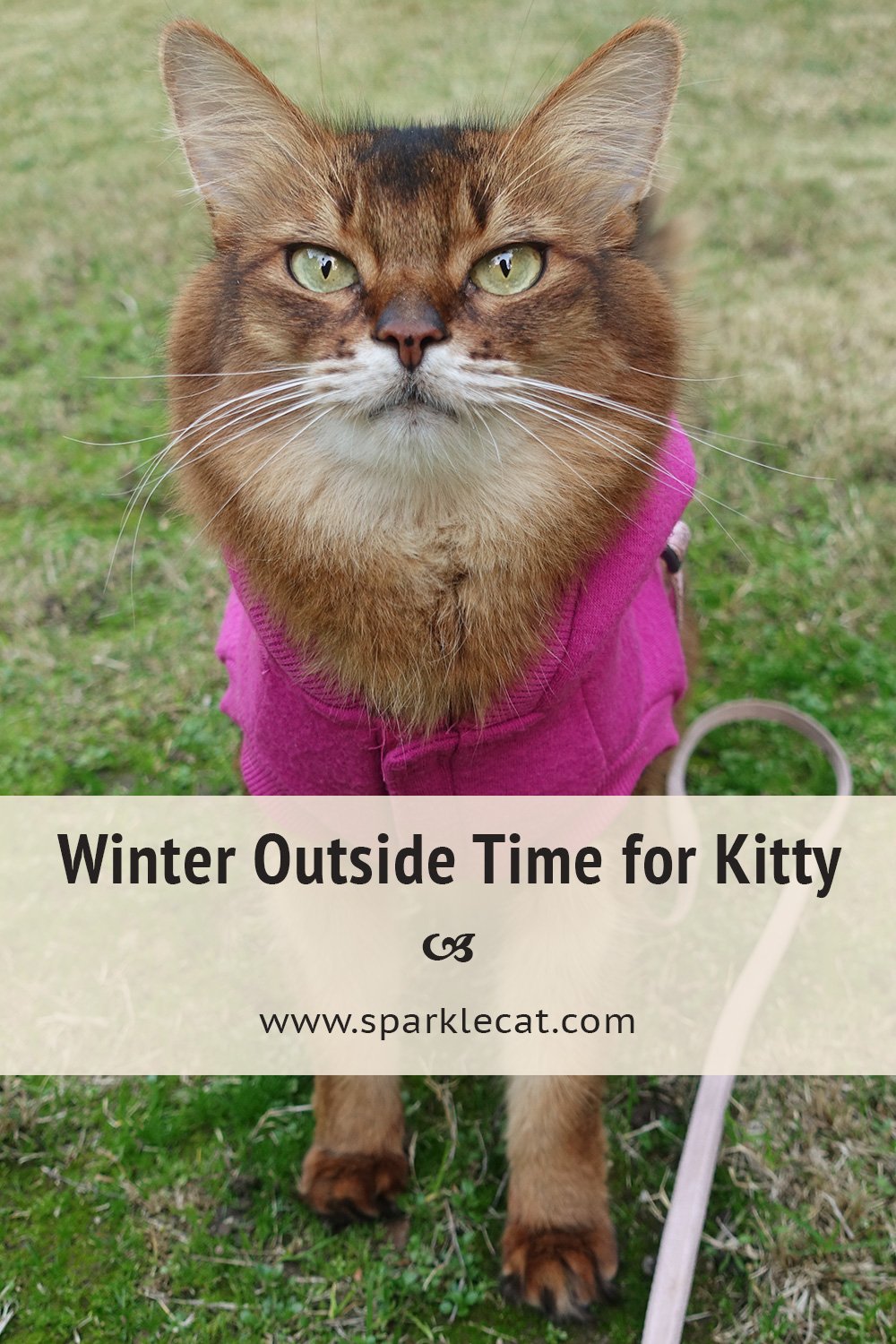