You are here: Home / Diary / When Smiles Light Up the Exam Room 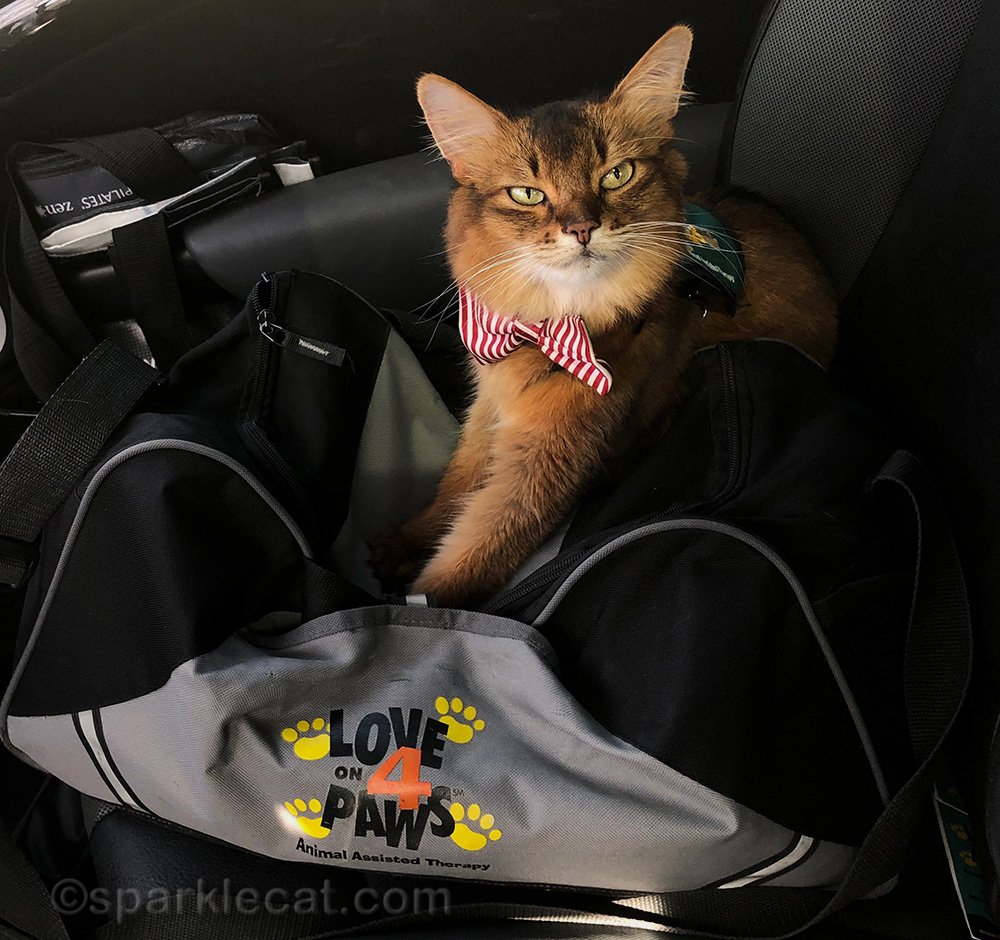 The children’s hospital was very busy when I arrived. The lobby was full, and there were lots of exam rooms to visit. It might have been tiring if all the kids hadn’t been so happy to see me!

Because this hospital helps kids with orthopedic conditions and other physical issues, many of the kids had some visible disability… none of which hampered them from enjoying me. (In fact the first time I came here, I was petted by a boy with metal arms and hooks for hands. He was very gentle.) One of the first exam rooms I stopped in contained a boy whose hands were folded over. He was not able to use his fingers to pet me, so he used the back of his hands. As we walked by the staff’s station, there was a mother with two freckled children, and they were delighted to see me. A couple of the boy’s fingers were fused together on one hand, but he still petted me easily.

Even though we had a lot of rooms to visit, we spent a little extra time with a little girl who was there with both her parents. She was sitting on the exam table and so happy to see me. Only the crutches propped up against the wall told the story of why she was there. She and her mother were both passionate cat people, but they currently didn’t live with one. My human could tell they needed extra kitty energy, and I was enjoying the visit. I even stretched out and made my extra-happy paws. Plus I purred so loudly that the mother could hear me across the exam room. It was hard to leave them!

We weaved in and out of several rooms after that one and stayed a little later than normal so I could see more kids. I really enjoyed seeing all the smiles when we came into the exam rooms on this visit. They not only lit up the room, they lit up my day! It was a very happy visit. 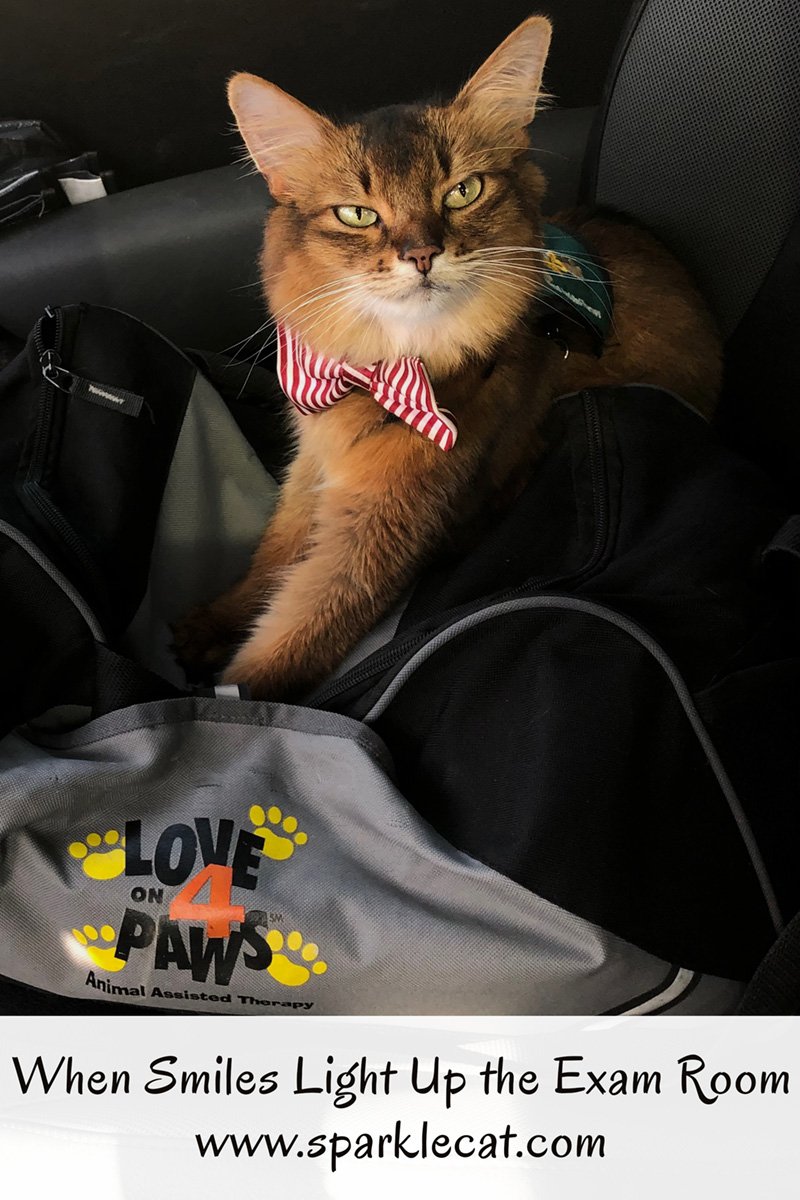