You are here: Home / Diary / What Was I Doing on This Day Through the Years

I thought it would be fun to look back and see what I was doing through the years on this day… or at least the day I posted it on my blog. So let’s check it out! 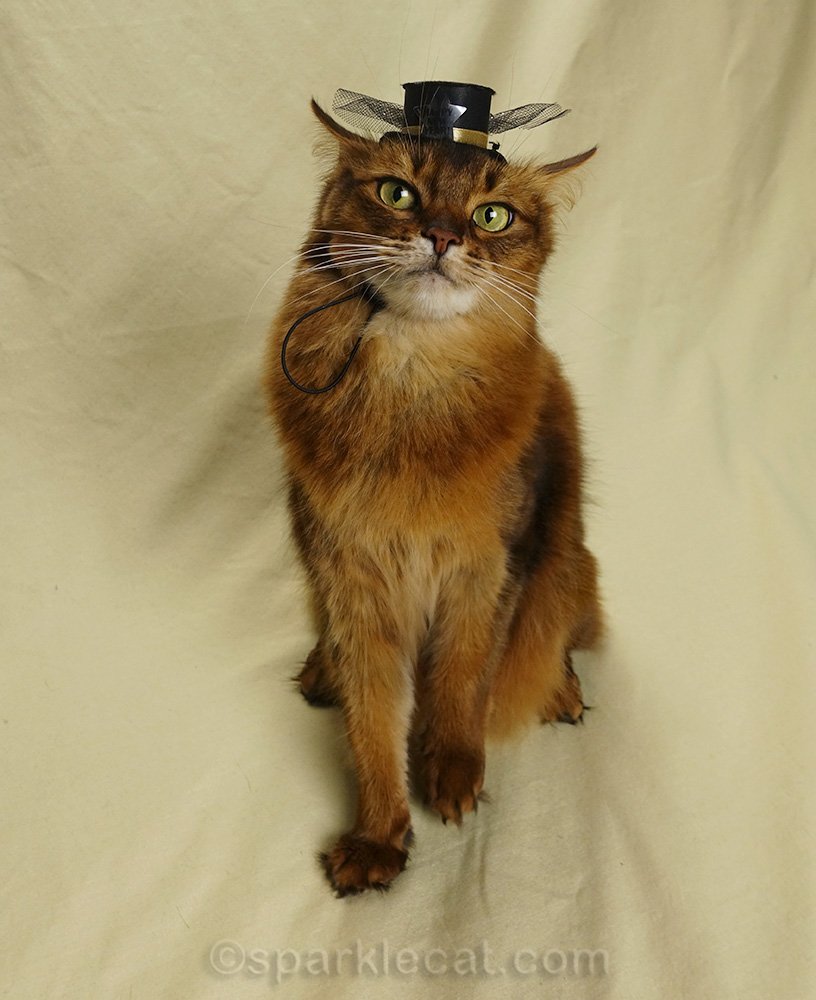 Here I am on January 17, 2019, modeling this rather annoying tiny New Year’s Eve hat. 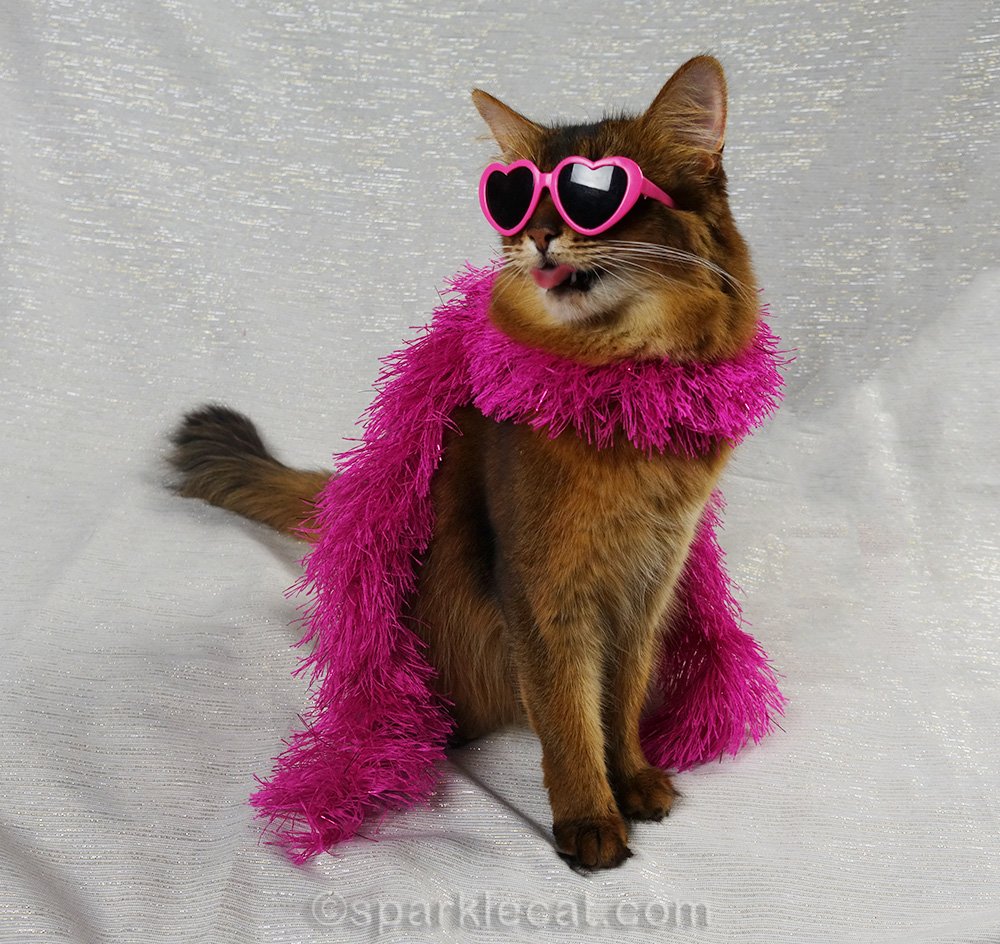 A few days before January 17, 2018, I did some glam modeling in my pink boa and sunglasses. I wound up with a bunch of outtakes, so I posted the best/worst of them on this day. 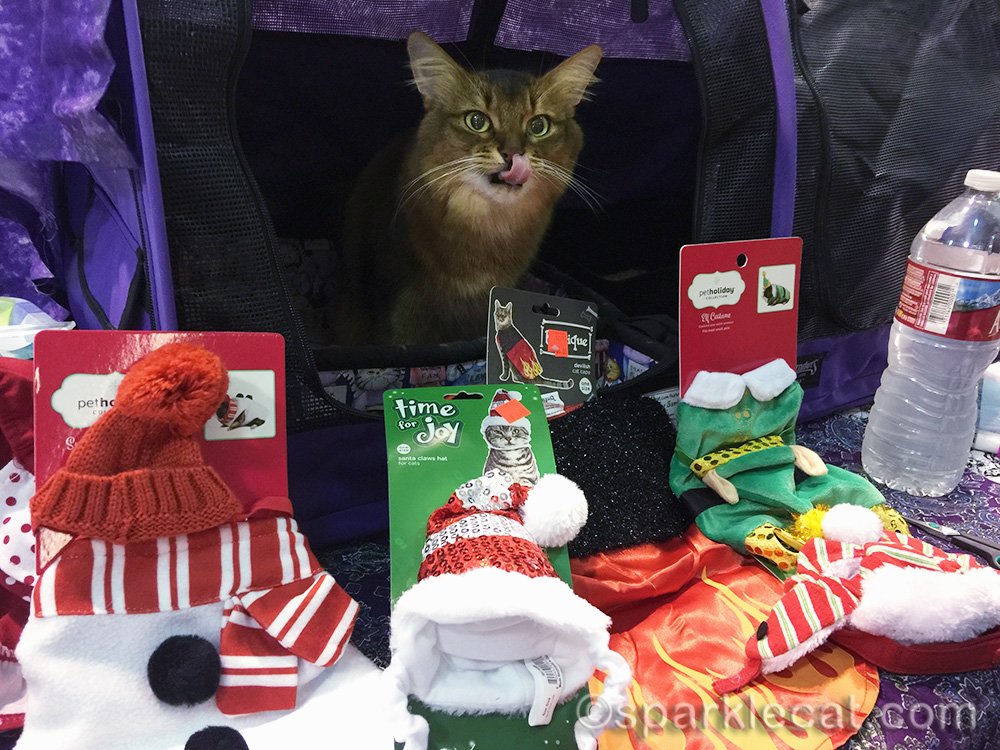 I was at a cat show for my January 17, 2017 post — in fact, it was the same cat show I was at this past weekend. I had some outfits to try on — if you check out the blog post, you may see me in that awful orange-red knit hat with the pom pom that I have on in a photo in this year’s post. I was wondering where that came from! 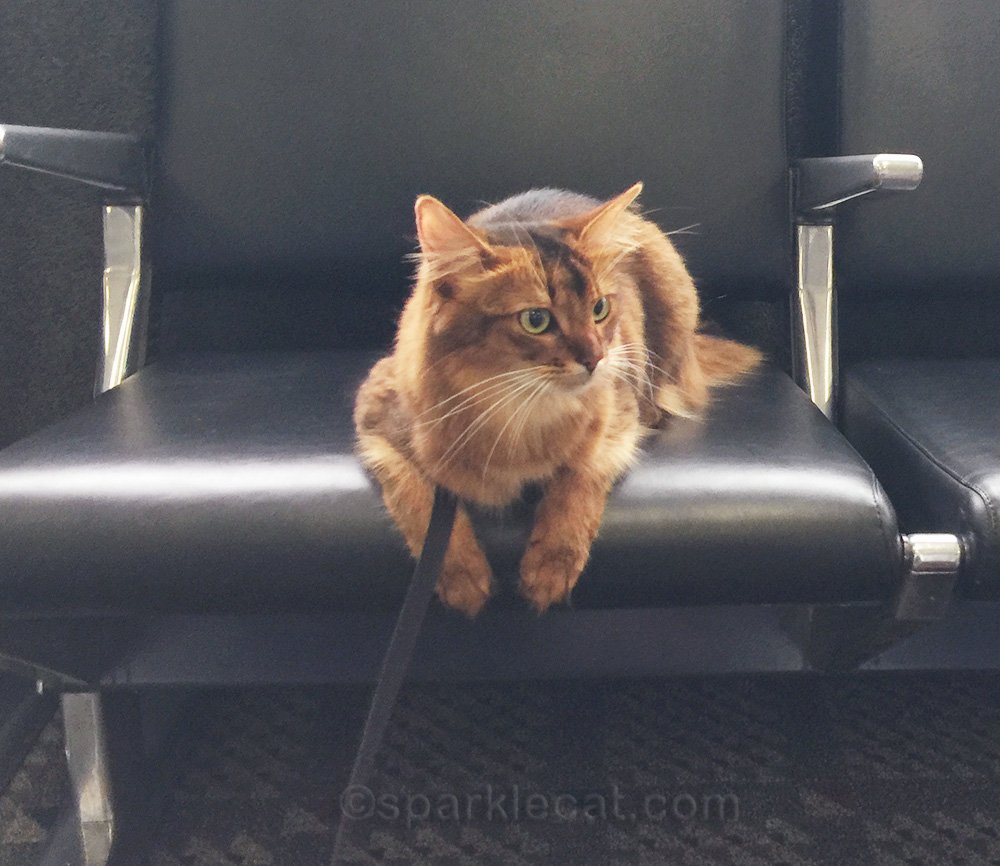 On January 17, 2016, I posted about my travel day to Sacramento for a cat show. I flew from the Burbank airport, and as you can tell, I was already pretty comfortable with flying. I had already flown several times by then. You can even see a video on the original post. 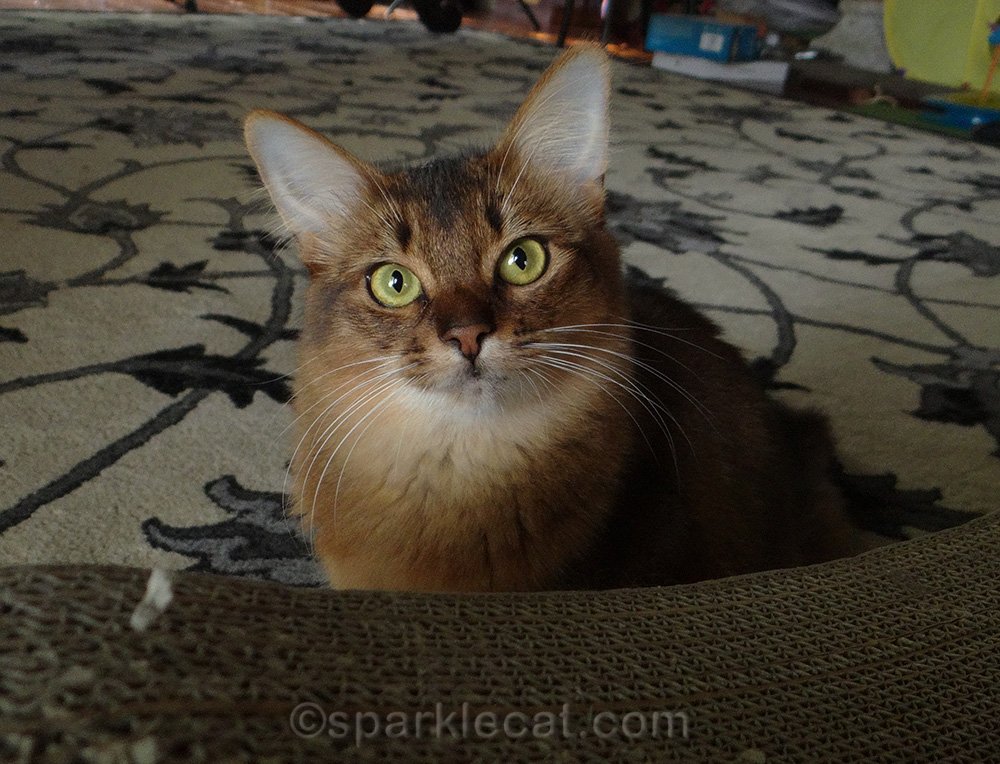 Five years ago, on January 17, 2015, the blog post was one of those Caturday Report news wrap ups I used to do. I stopped because nobody was that interested in them. But here’s a gratuitous kitten photo that I posted on that day.

I hope you enjoyed this look back! I did! 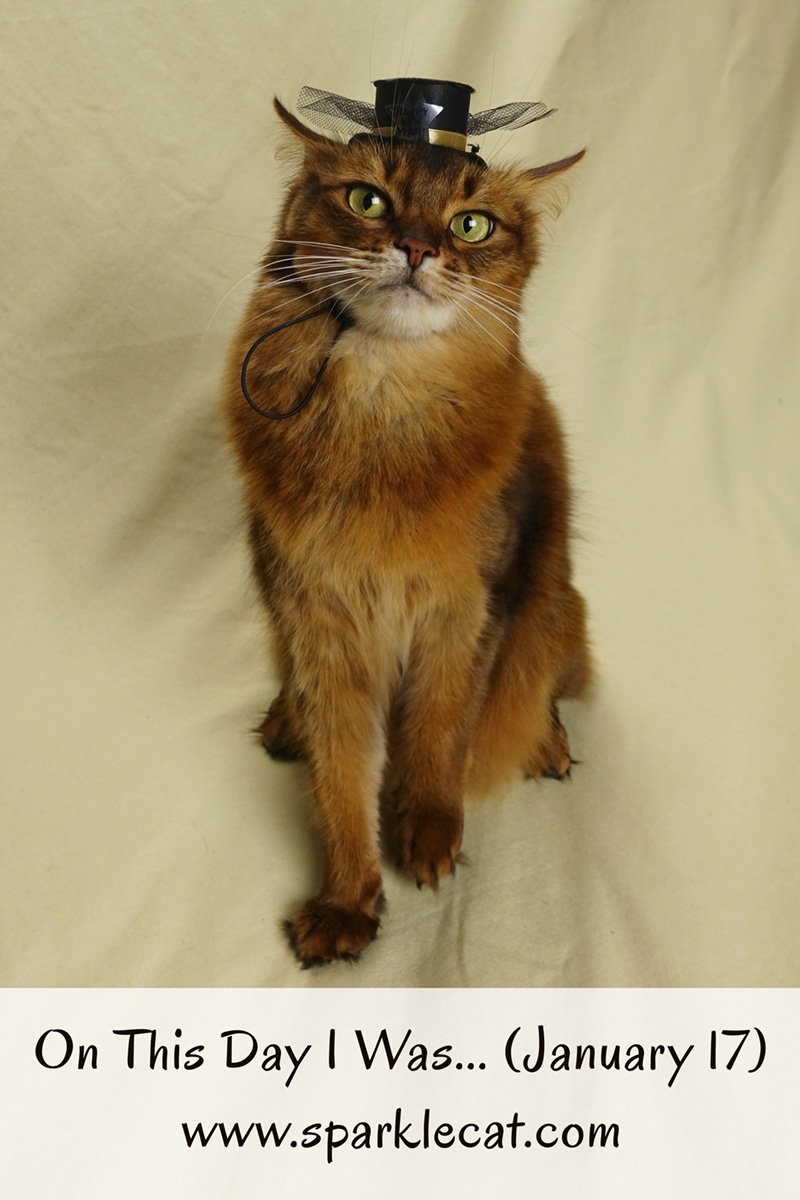