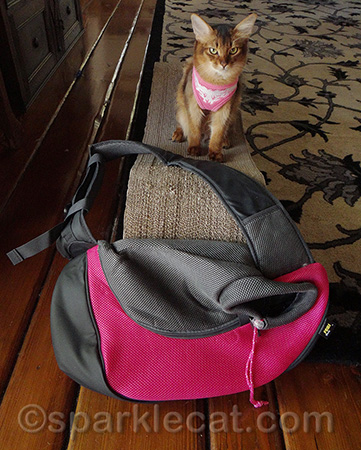 When my human saw Sophie of Kitty Cat Chronicles being carried around in this Wacky Paws Pet Sling, she wanted to get one for me. She thought it would be fun to carry me around in it and maybe I would like it better than being cooped up in a carrier. My sling, of course, is pink. 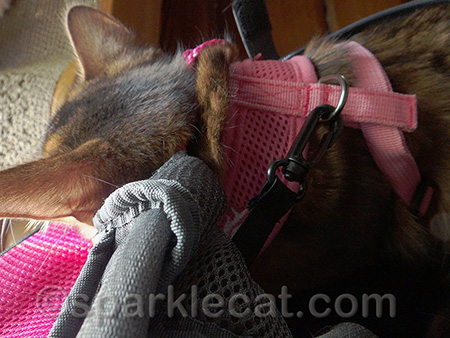 It has a hook inside that latches onto my harness to keep me secure. 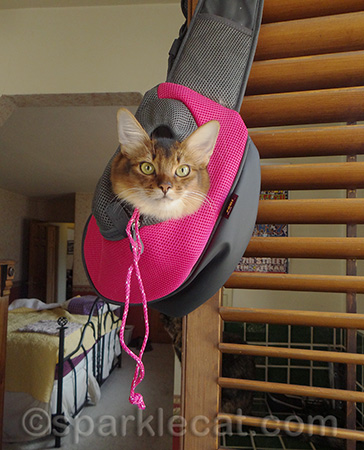 It was easy enough zipping me up in the pouch, but then we had a problem — we weren’t going anywhere! So for lack of a better idea, my human hung me on the shutters in the master bathroom. She said at least the light was good. 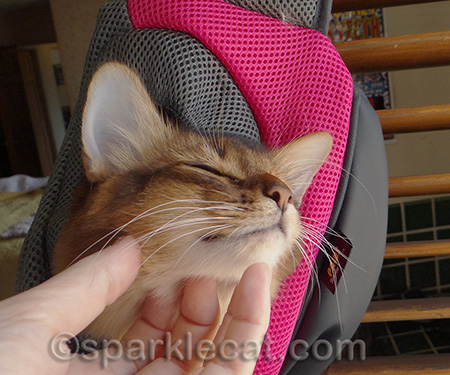 I was very nice and stayed in the sling. The skritches helped. 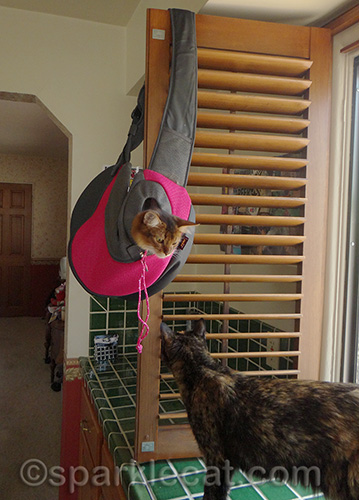 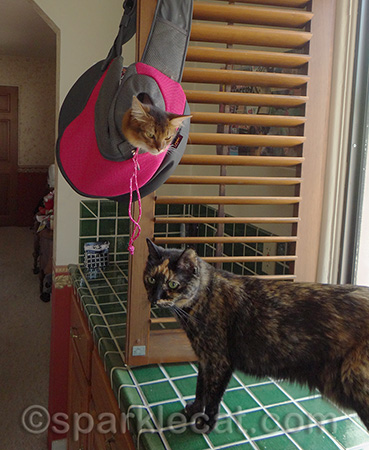 Maybe she’s glad she is not hanging off the shutters… but she could, because the small size Wacky Paws Pet Sling has a maximum load of 10 lbs. — and she is 9-1/2 lbs. 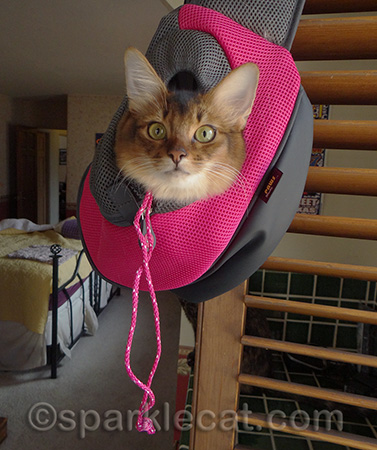 So far, my human has taken me out once in the sling, to PetCo, but I just wanted to get out and wander around on my leash! Same as any other carrier I have ever been in. I would much rather explore than be safe! So my human says that from now on, as long as we are going somewhere where I am not going to be in danger, once we have arrived and she has checked everything out, I can come out of whatever carrier I happen to be in and be on the leash. I think that sounds like a fair deal.