You are here: Home / Diary / Visiting the Seniors on a Hot Summer Day 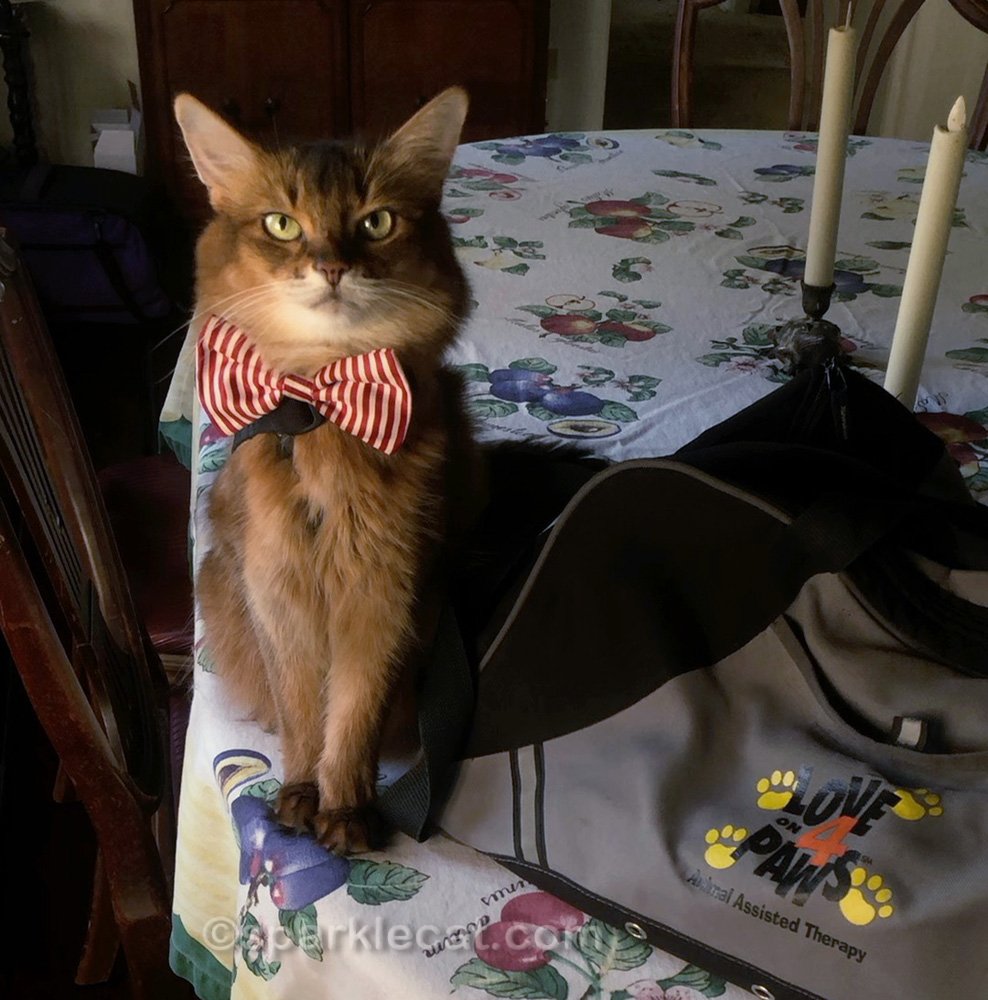 We are in the middle of a heat wave, so my human felt dubious about this therapy cat visit. It was scheduled for the middle of the afternoon, and this assisted living facility was farther away than our normal visits. When I travel in the car, getting there is fine, since the air conditioning is great. But it’s after we’re done that worries her. If the car is parked in the sun, it takes a while for it to cool down, even with the air conditioning cranked.

On hot days like this one, she leaves the car door open and the air conditioner blasting for a while before we start home. she also brings a small bottle of water that has been left in the freezer or overnight. By the end of the visit, it’s partly melted and although I won’t drink anything usually, she can wrap it in a towel and put it in the carrier with me for the drive home.

So with precautions in order, we headed out. The last time we were at this facility (which was also our first time there), there were only a couple of patients to visit. So we had no idea what to expect. But we did have more residents this time. In fact, the first woman was downstairs. When she saw me her first words were, “Gatito or gatita?” “Gatita — she’s a girl,” my human said. Once we were settled in the recreational room upstairs, she joined us, as did a couple more women and a man. Another man joined us a few minutes later.

Mostly I stayed on the table in the center of the room and visited with everyone. One of the women remembered me from the visit before, which was nice! My human took photos with the Instamatic our organization gave us, and I did a few tricks. Mostly high fives, paw shakes, and sit ups. I also showed off my double paw high five!

The man who arrived late was in a wheelchair, He stayed in the back of the room, against a wall. So my human brought me over. The best way for me to visit someone who is in a wheelchair is for my human to put me in a chair next to them. So that’s what we did. He was a big man with heavy hands, and he spent so much time petting me and making little noises now and then. My human always worries when someone pets me crudely. But I knew I could trust him, and I looked up at him sweetly and relaxed with him. Of course I was safe.

So it turned out to be an awesome visit. And since my human found a tree to park under, the car wasn’t too hot when we got back. The traffic wasn’t too bad coming home either. So both my human and I were happy. 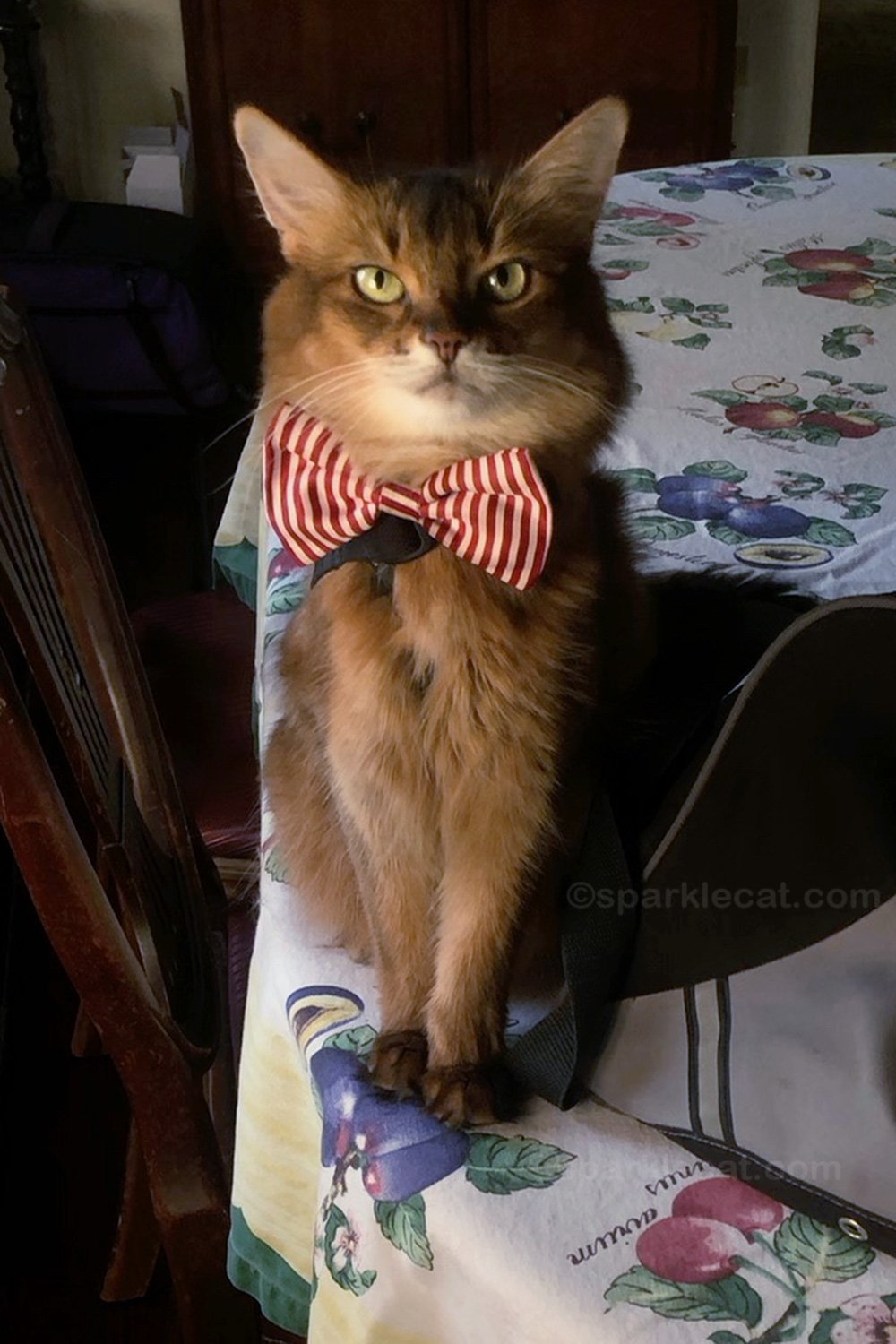