You are here: Home / Diary / Visiting the Assisted Living Residents 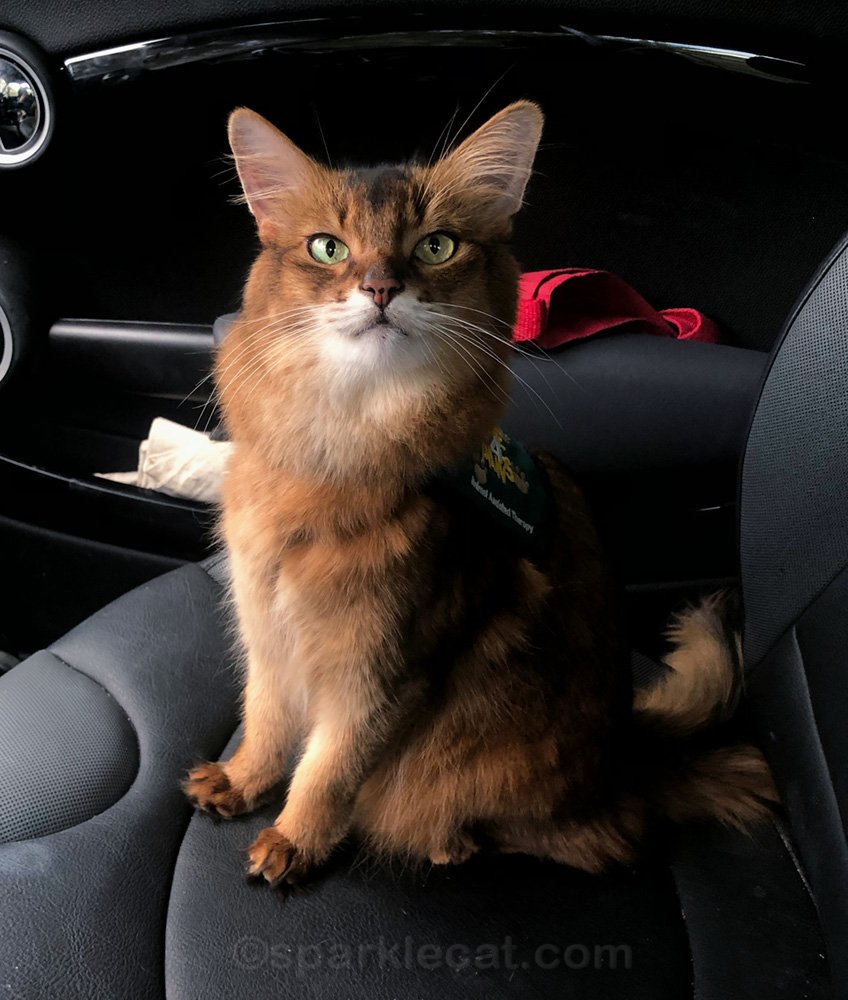 I got to visit the assisted living houses this week. Well, one of them at least — we found out at the last minute that the other house was on Covid lockdown. But the first house was still a pretty great visit.

There were a couple of familiar faces in the lobby. A nice Native American man, and the mostly nonverbal woman from last time who started to respond to me. She seemed even more aware this time, and even happier to see me. We visited more in the big room, and her petting was less heavy and labored than last time too.

When we first went into the big room, one resident really wanted to see me. So my human put me on the couch near him, but there was a woman on the other end of the couch who seemed really offended I was there! She made disapproving noises and hunched up, with her arms folded and her sweater wrapped around her. It wasn’t clear if she just didn’t like animals, or if her dementia was making her angry (sometimes it does). Either way, my human felt sad for her. So she just put me closer to the the man and as far away from the woman as possible.

I also saw the lady who always asks me for high fives. She had a friend on the couch with her who asked my human a lot of questions about me. The usual, like how old I was, how long my human has had me, and stuff. Three people were sitting on the couch next to theirs, two men and a woman. One guy was the Asian man who always is happy to see me. The woman was someone new to us, but she was really delighted to see me, and petted me lots. We’ve seen the other man before — a dignified man — and he pretended not to care I was there, but eventually he started petting my paws and forehead. I could tell he was enjoying me.

I also visited a couple of wheelchair-bound people. One was a blind man. A staff member had us come over so he could pet me and feel my fur, which made him happy. The other was a woman who awkwardly petted me and liked me a lot. When we were leaving and everybody was saying goodbye, the woman was waving frantically and yelling, “I love you!” She held my human’s hand for a long time before we left.

So we had a pretty full visit with just the one house today. 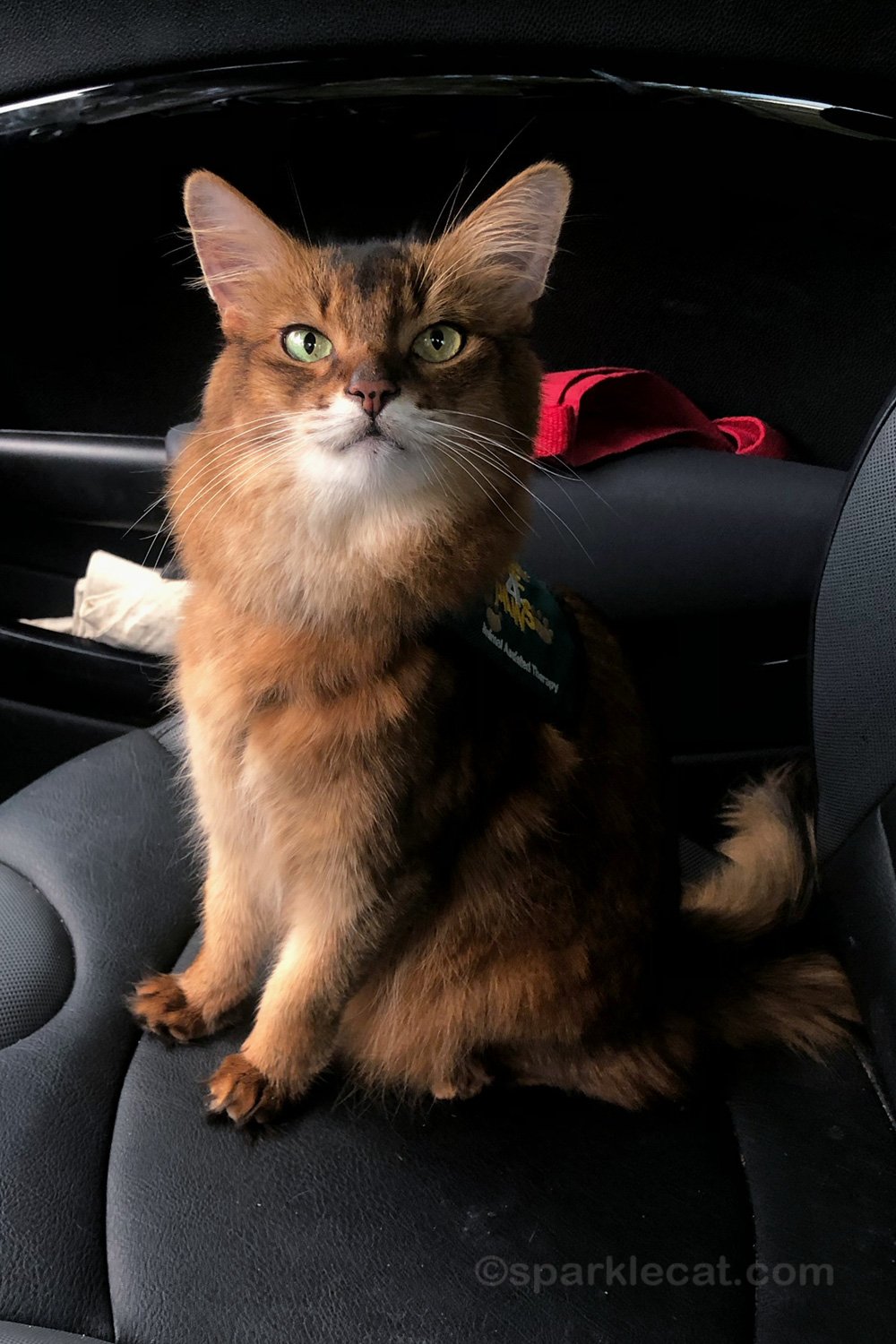