You are here: Home / Diary / Visiting the Assisted Living Houses 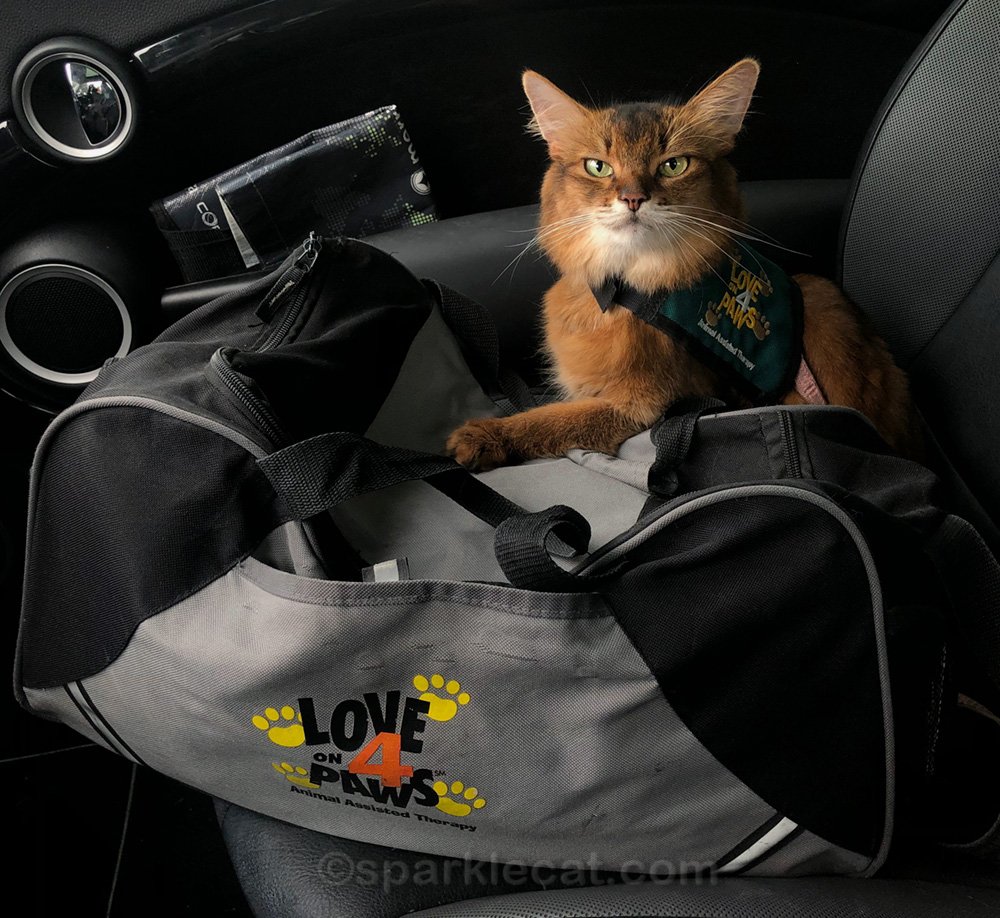 This week’s therapy cat visit didn’t involve a hospital. It was an assisted living for people with dementia. I used to visit this pair of facilities before the pandemic. In fact, it was the last place I visited before everything got locked down a year and a half ago. While we were looking forward to visiting, my human was dreading it a little bit because so much time has passed. She knew that some people would no longer be there, and that the dementia of the ones that we knew from before had likely increased. Time is not kind for these people.

The first house was much the same as it was before, except for my human having to wear a mask and getting her temperature taken. We were never that familiar with the residents at this house. So most of the 20-odd people were either new to us, or might as well have been new. People were happy to see me right away. I got lots of nice pets and compliments from several women and a few men too. One woman told us about a white cat she used to have named Bandaid, because when they got him he had a little scratch on his nose.

As we were leaving for the second house, we walked by a bulletin board displaying different activities that the residents enjoyed. There was a whole section devoted to therapy pets, and there were lots of photos of me! My human didn’t even remember the staff taking the pictures, but there I was, looking happy with the residents.

At the second house, my human only saw a couple of people she recognized from before. Neither of them were that interested in me. The second one, a man, was more interested in talking to my human, same as last time we were there, only he had more trouble communicating and needed to know what year it was. Lots of other residents did want to see me, though, and I wandered around and visited. It was nice to let the residents touch my fur, and I leaned into a couple of them and made myself at home on the couches.

I do want to mention that not all the residents at these two facilities are elderly. Some are younger and suffering dementia for reasons other than age-related diseases.

It was a sweet visit, and a little sad. 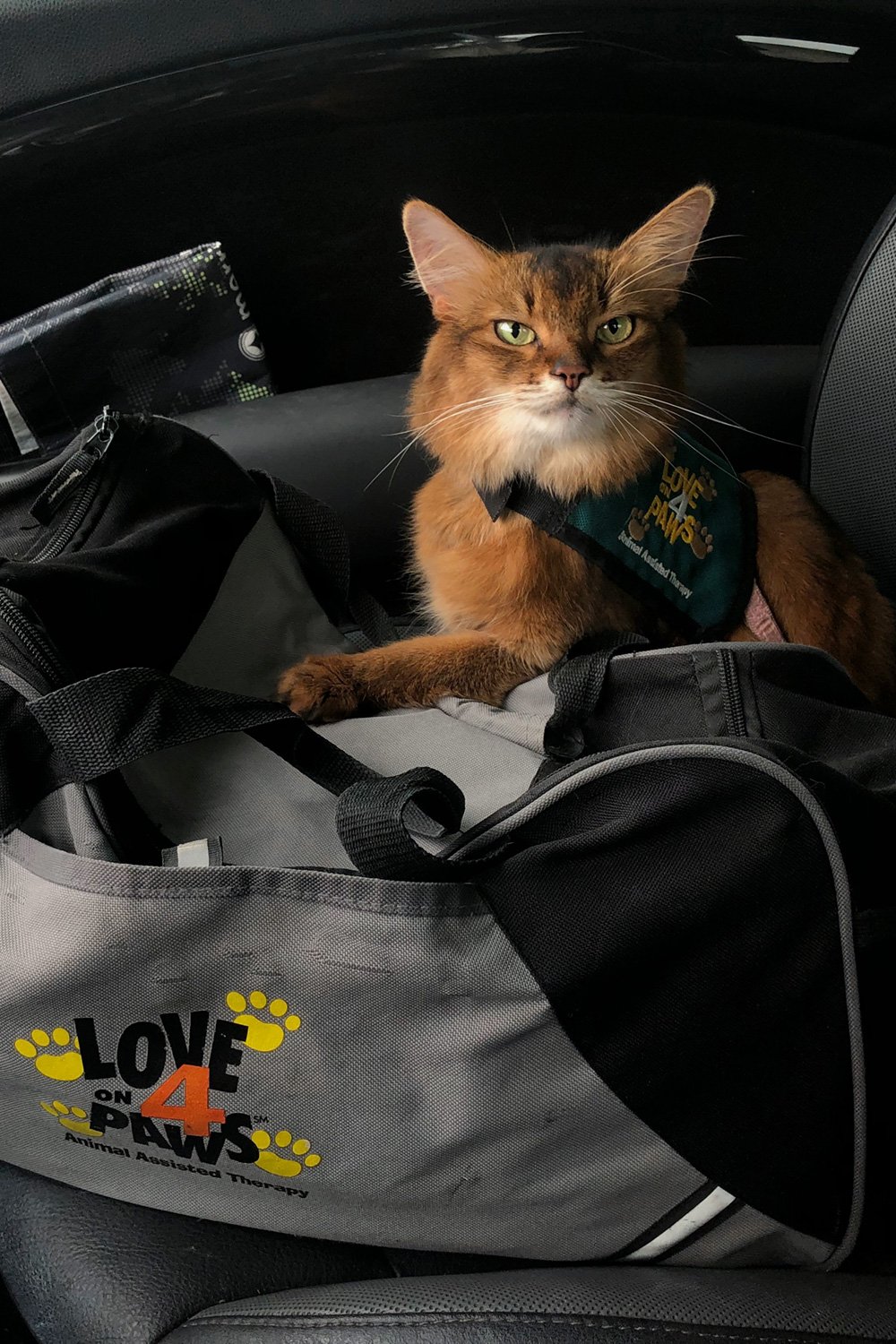