You are here: Home / Diary / Un-Boxing 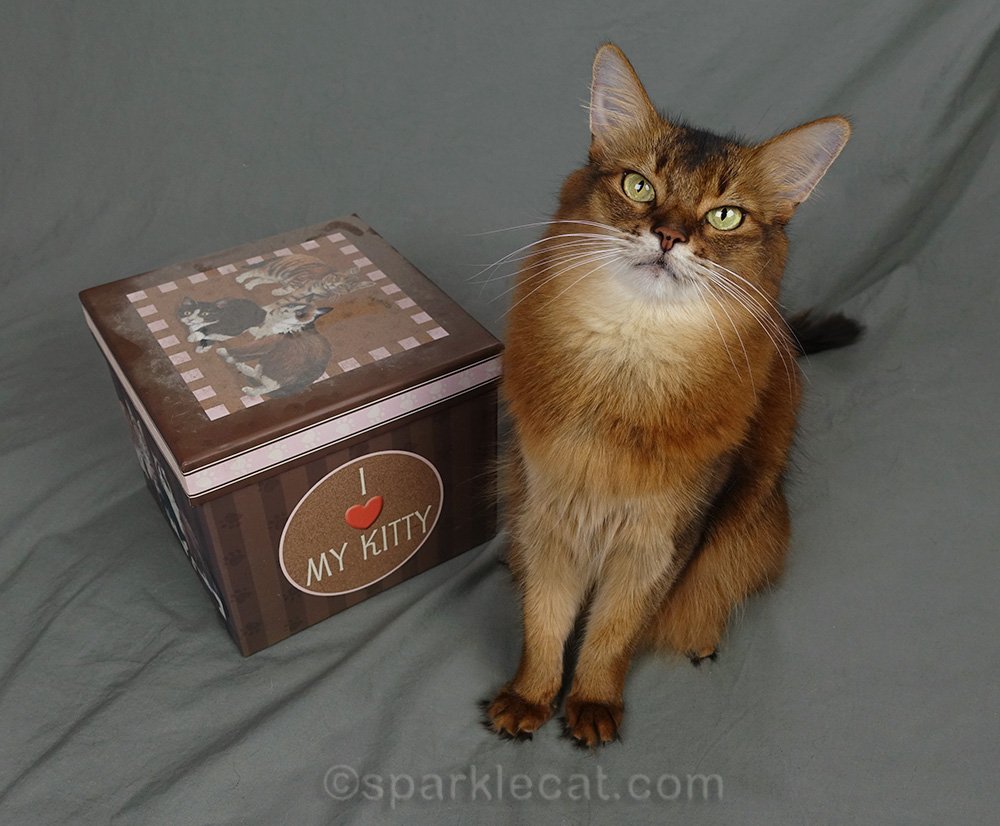 Most cats with blogs have fun, un-boxing posts of cool subscription boxes. Not me. This unboxing involves a dusty, old box my human found on top of her office shelves. In fact, you can even see how dusty the top is. This hasn’t been opened in years, and the items date back to Sparkle, before I was here. So let’s check it out! 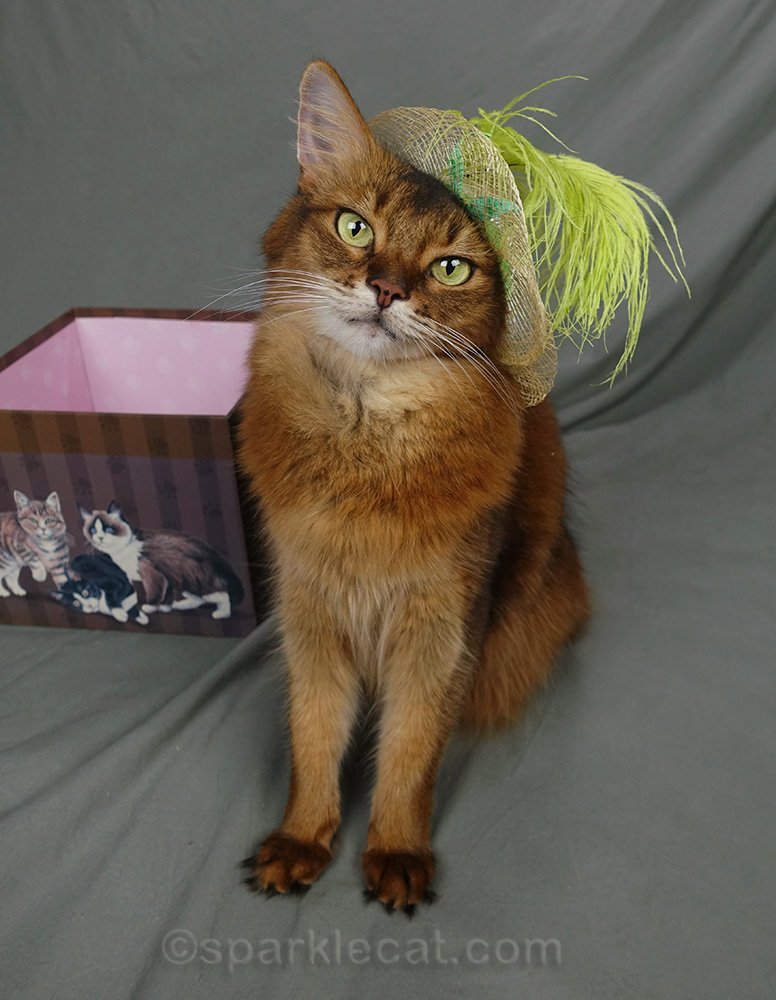 On top was this straw hat with the green feather. My human has been wondering where it went off to because she thought it would look cute on me. She guesses she put it in this box to keep the feather from being eaten by moths. 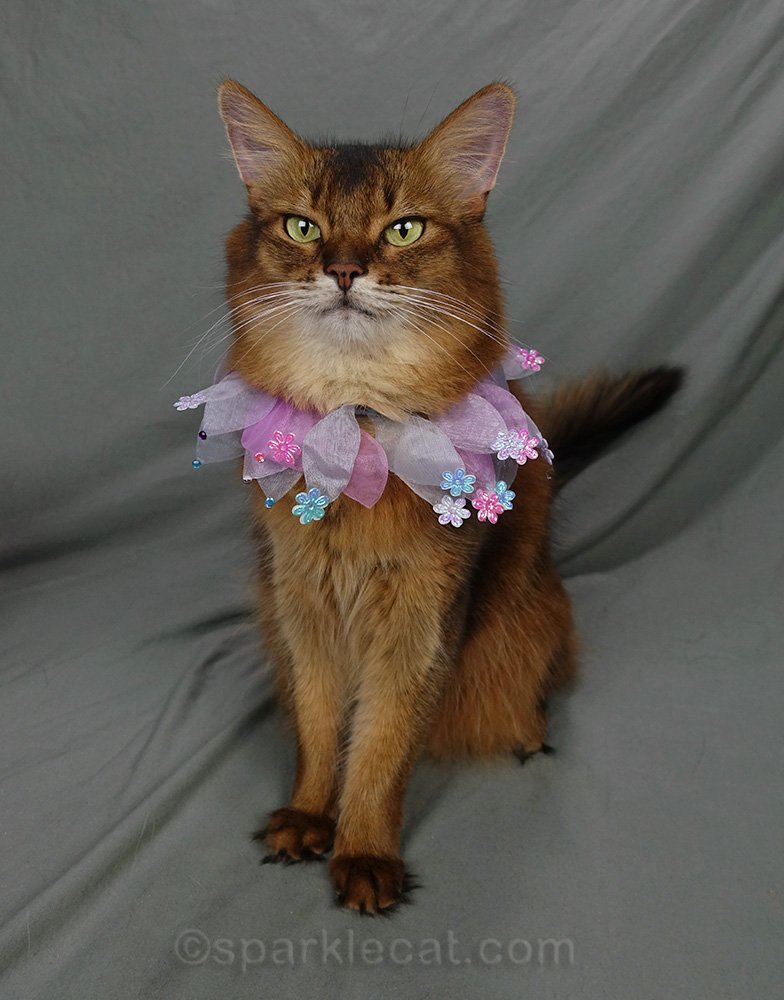 There were a couple of Scüncis still in their packaging. The elastic was dead, which was probably just as well because it made it more comfortable to wear them as a collar. 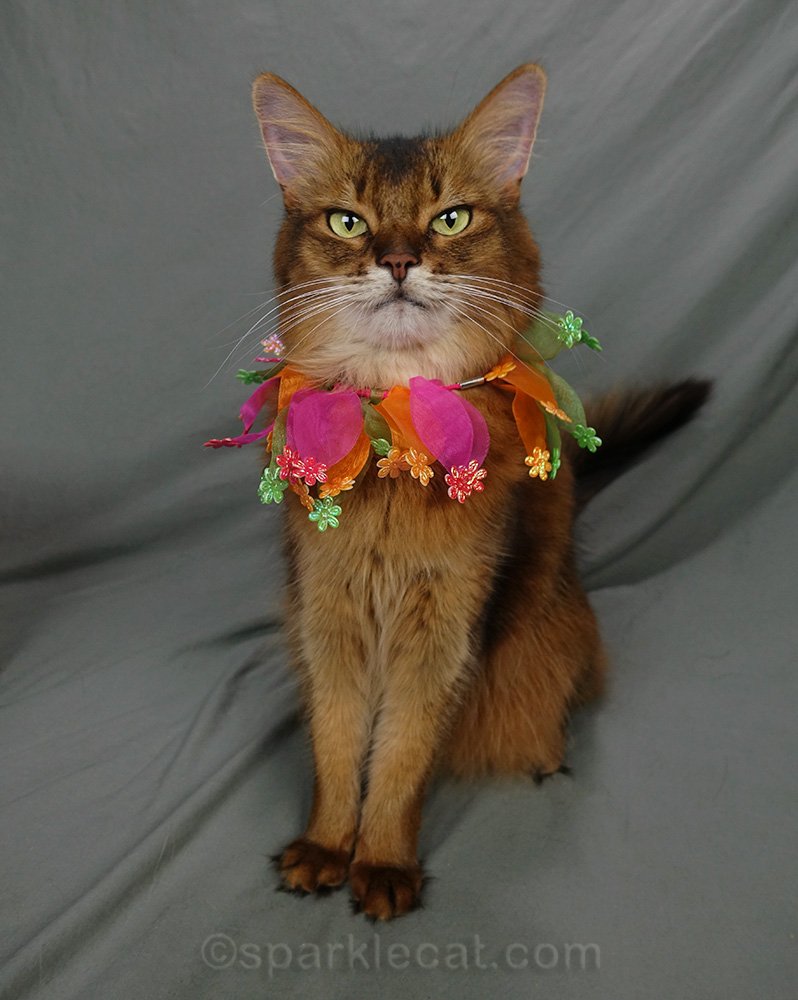 This is the other one. 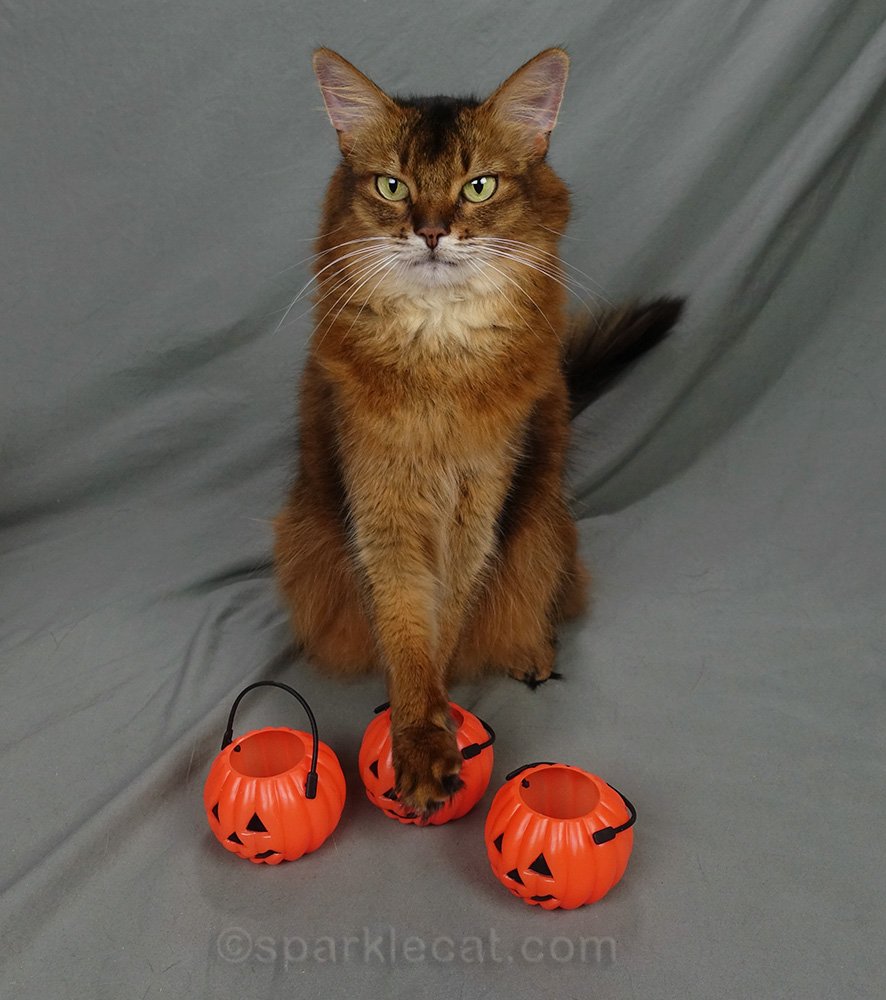 There are a bunch of these cat-sized, plastic trick-or-treat pumpkins. I’ve seen, and posed with a couple. My human does not know how three of them wound up in this box. 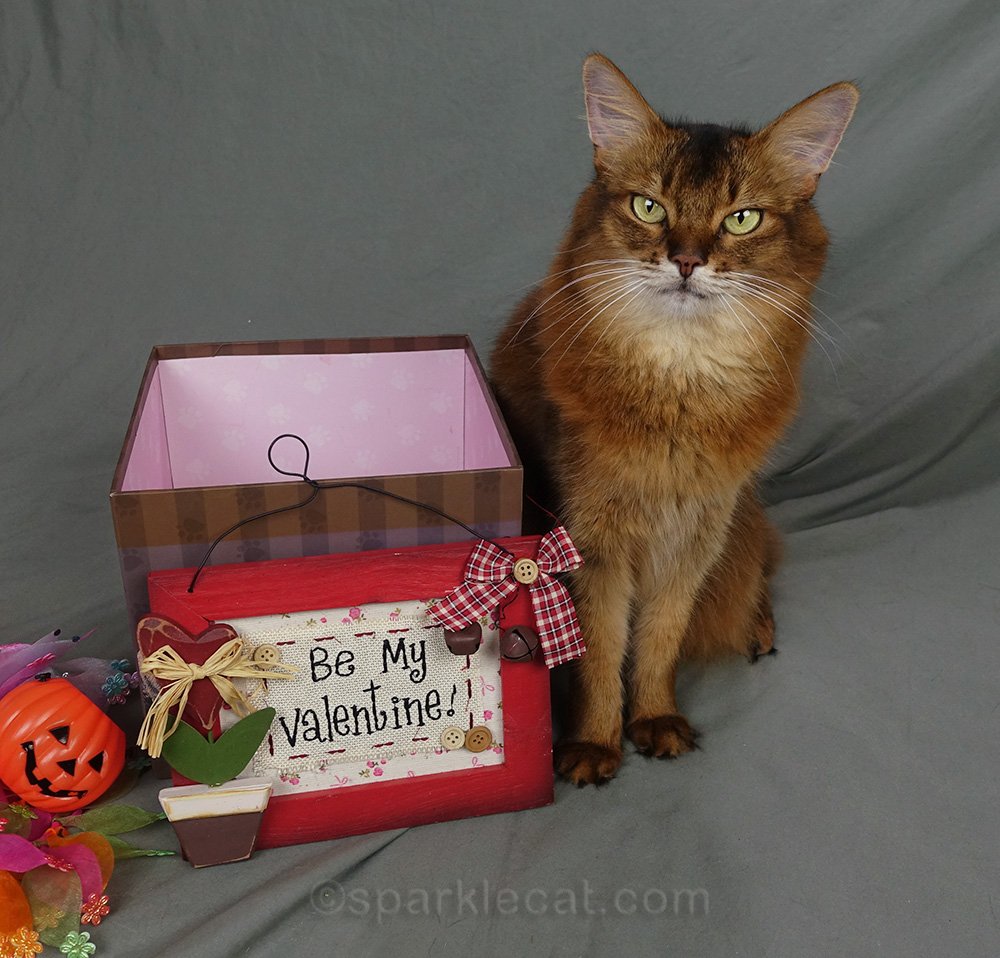 Other than the straw hat, this sign was the big score. My human had intended to use it for a photo session with Sparkle but never did. Now I’ll get to pose with it. 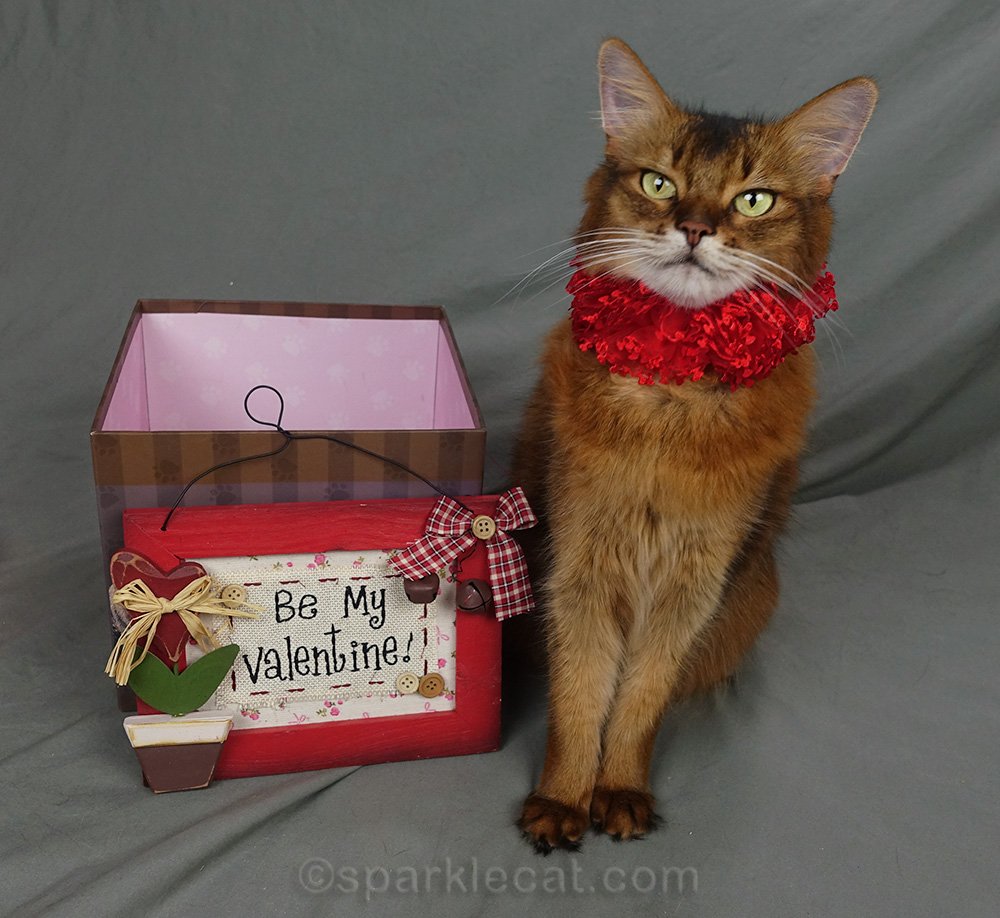 There was also this hair tie-collar, but it wasn’t a winner. 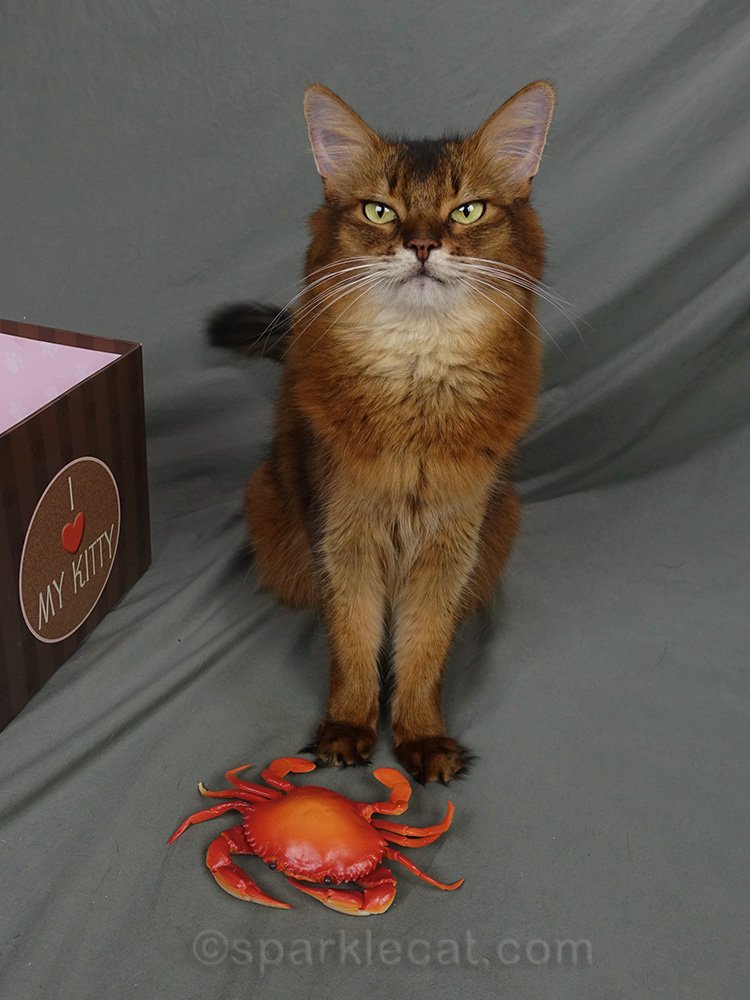 Neither was this plastic crab, which my human thinks she got at the Baltimore airport one year in the 2000s. 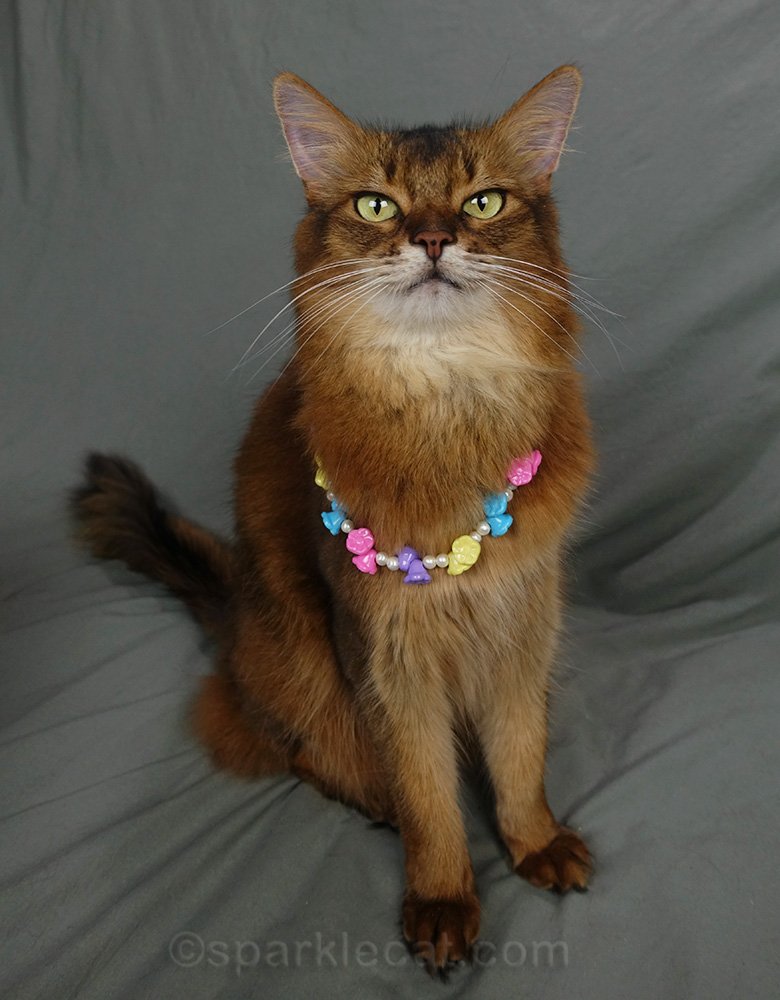 This children’s necklace was also still in its packaging. It’s cute, but it’s a little long for me. 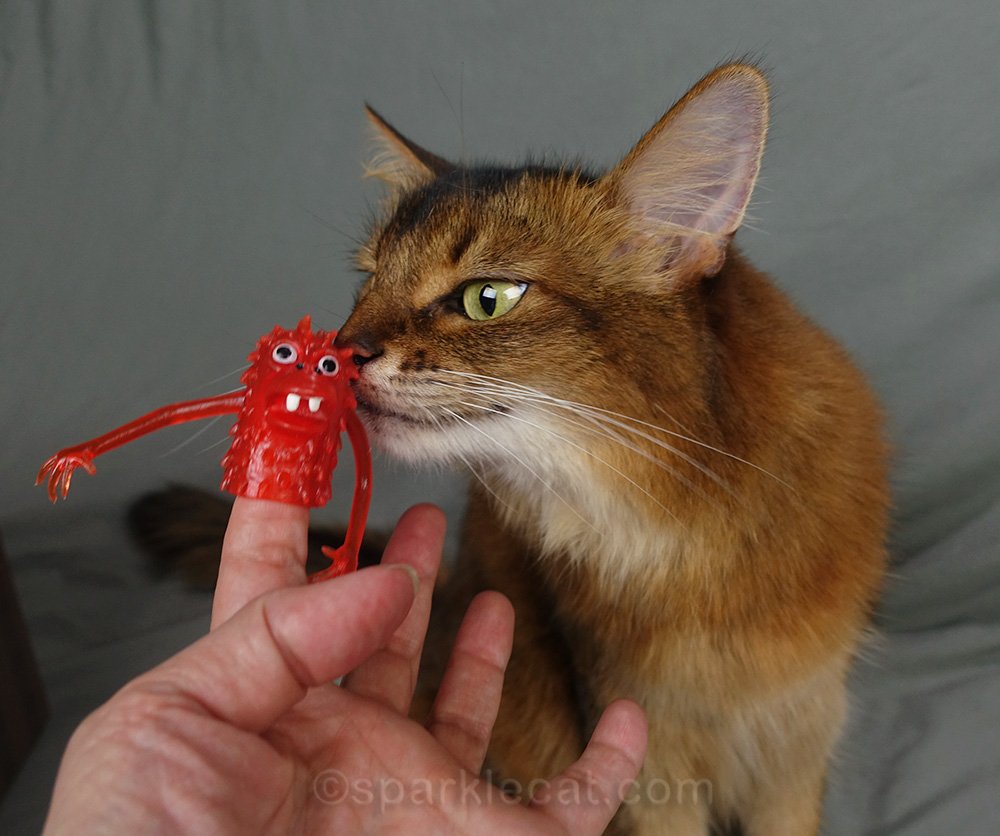 Lastly, there was this ugly finger puppet. 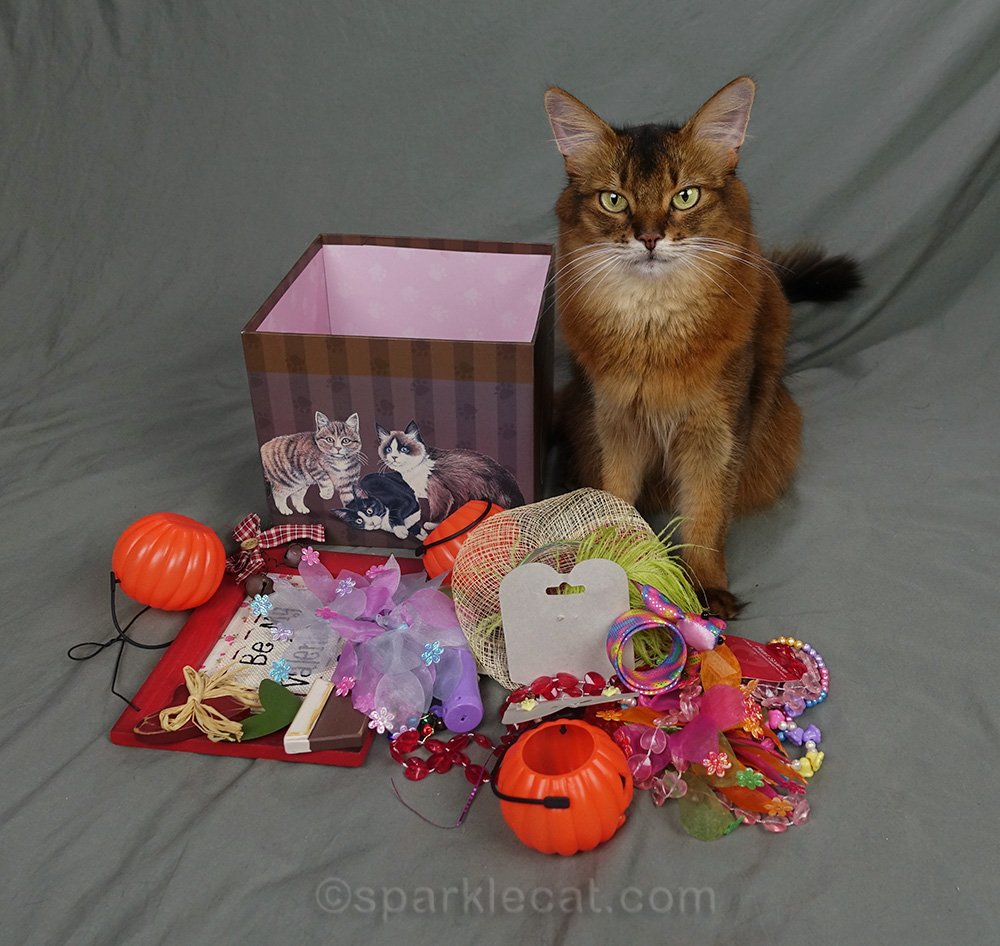 Wow, that’s a lot of stuff! 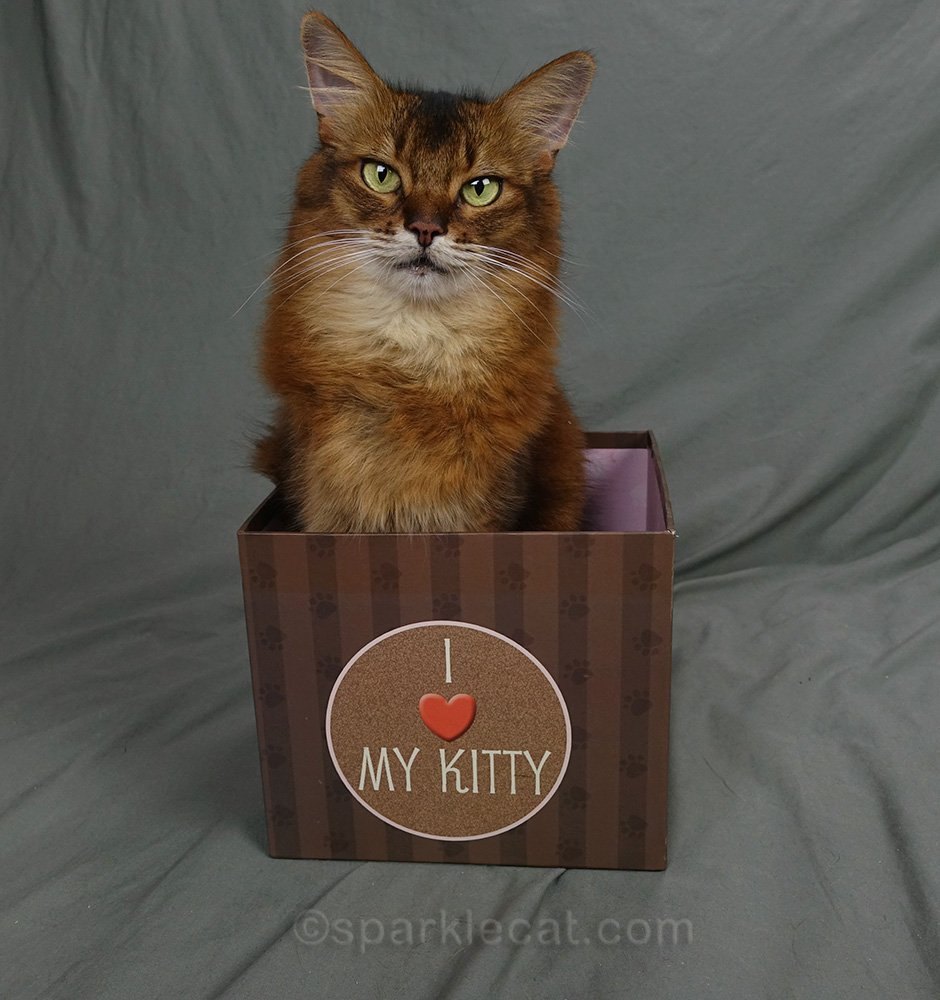 Of course I had to pose in the box before everything got put away again.

Did you have a favorite out of any of these things? Let me know in the comments! 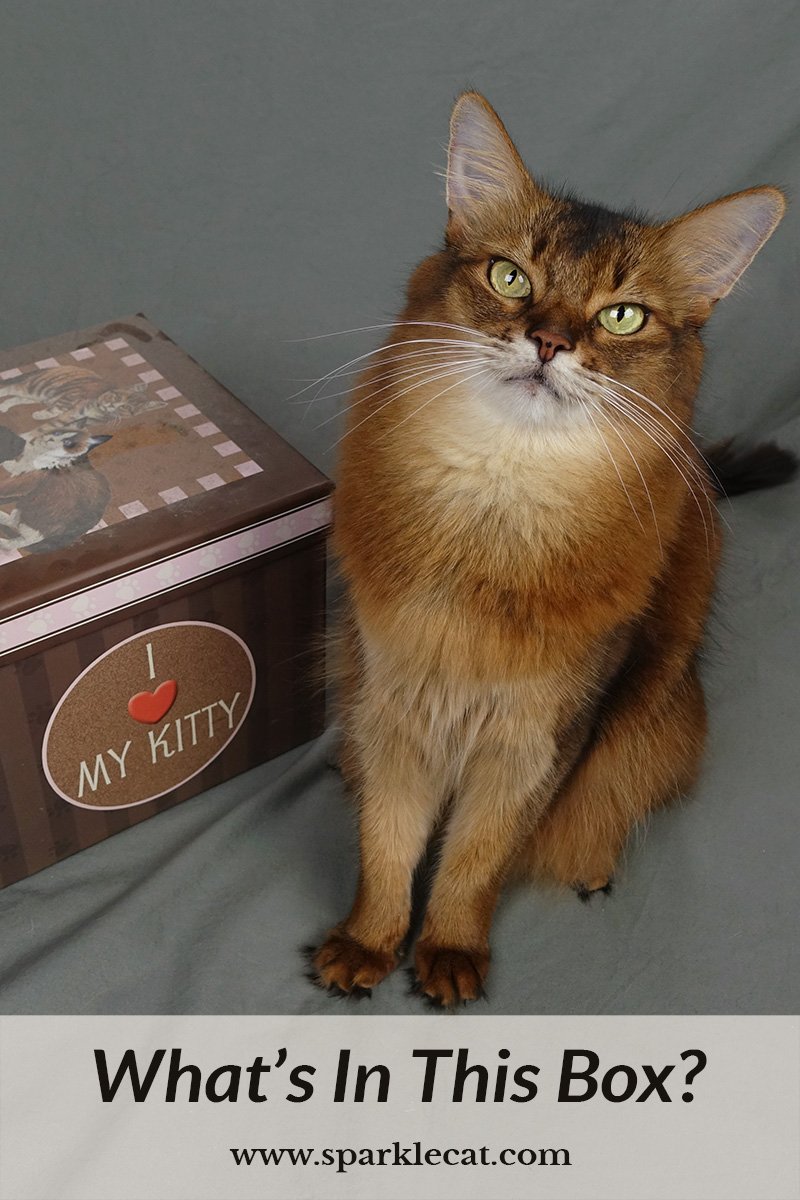