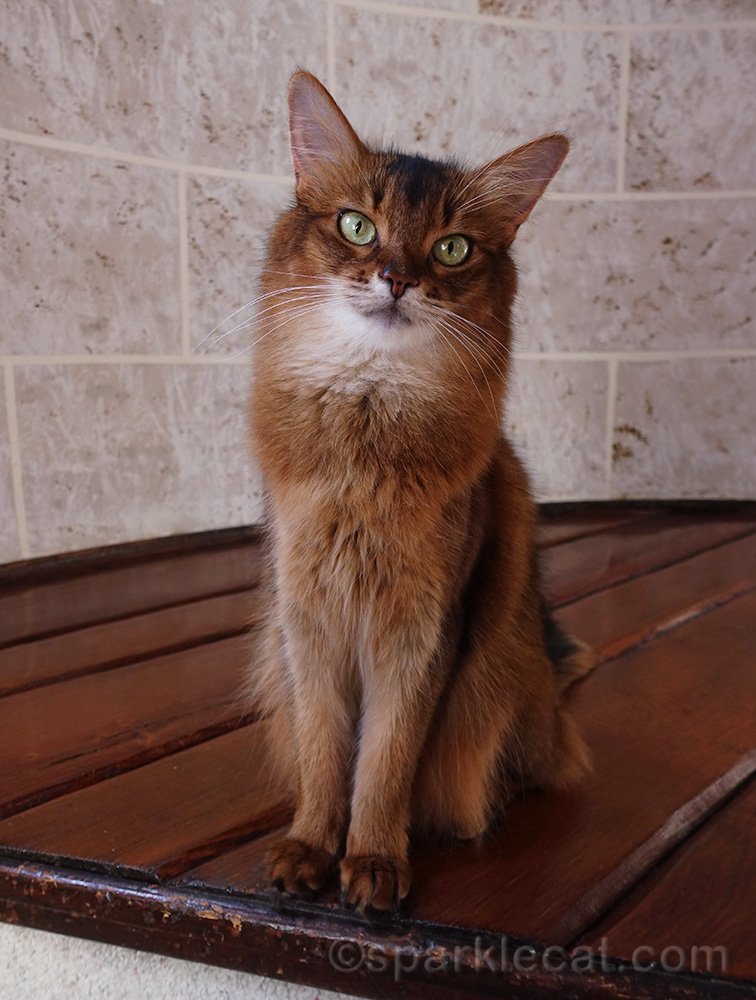 I was minding my own business right before dinnertime, when I suddenly found myself in the turret, being offered a turkey tendon. 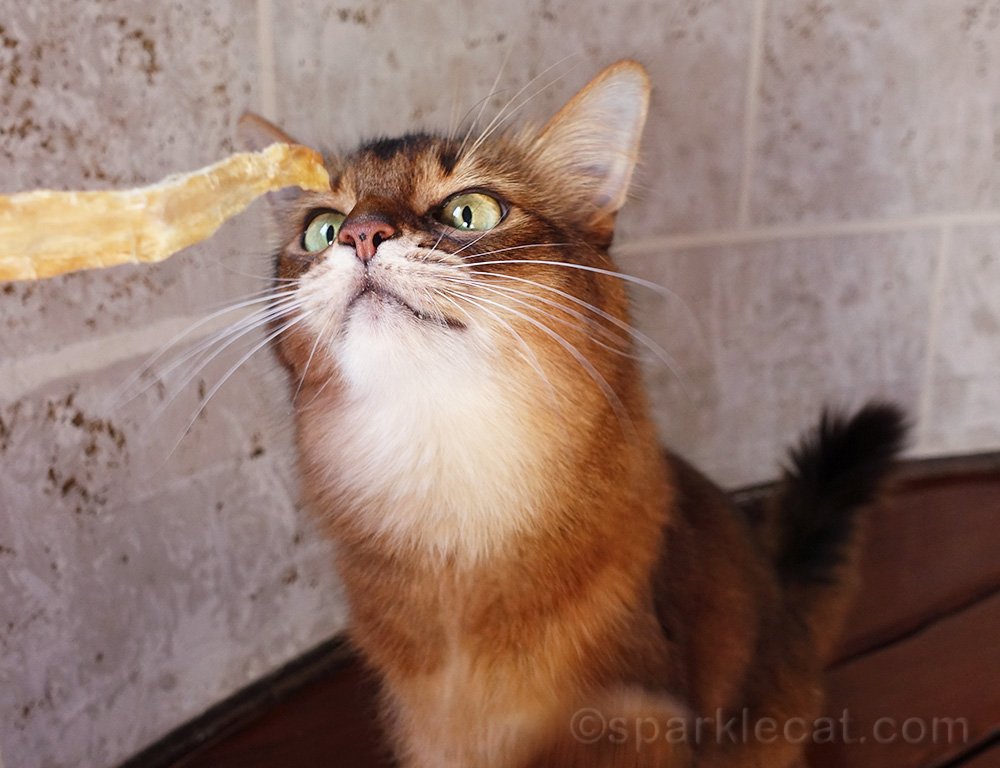 It was all because of a discovery my human made. One that proves she is not quite as tech savvy as she likes to think she is. 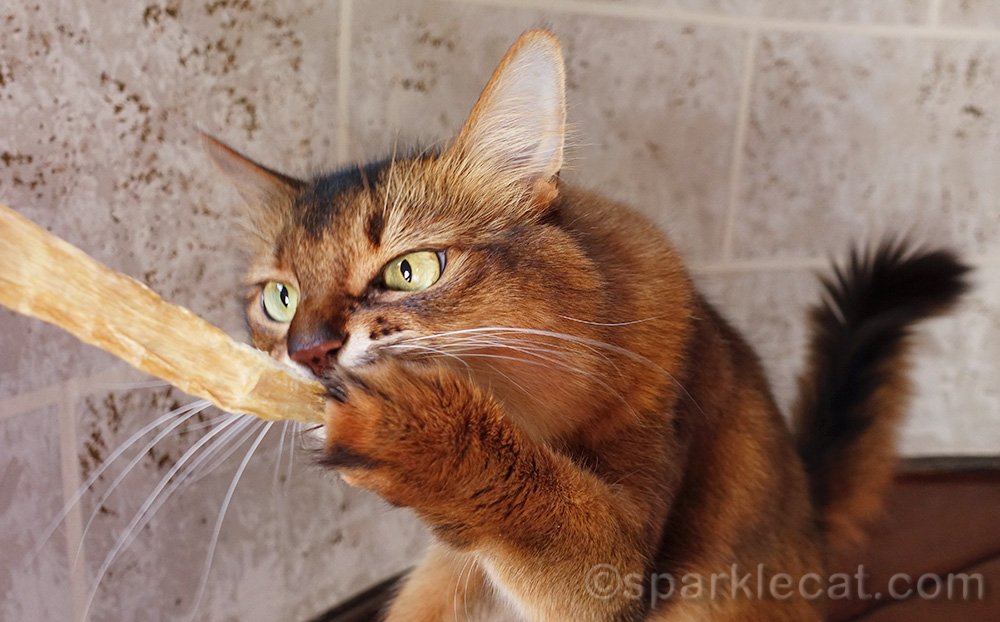 She has been wondering why she can’t upload video from her regular camera to her MacBook. For years. So we’ve been having to shoot videos with the iPhone. Which is usually okay, but sometimes it creates some really awful color correction problems. (That’s why yesterday’s video looked a little funky.) 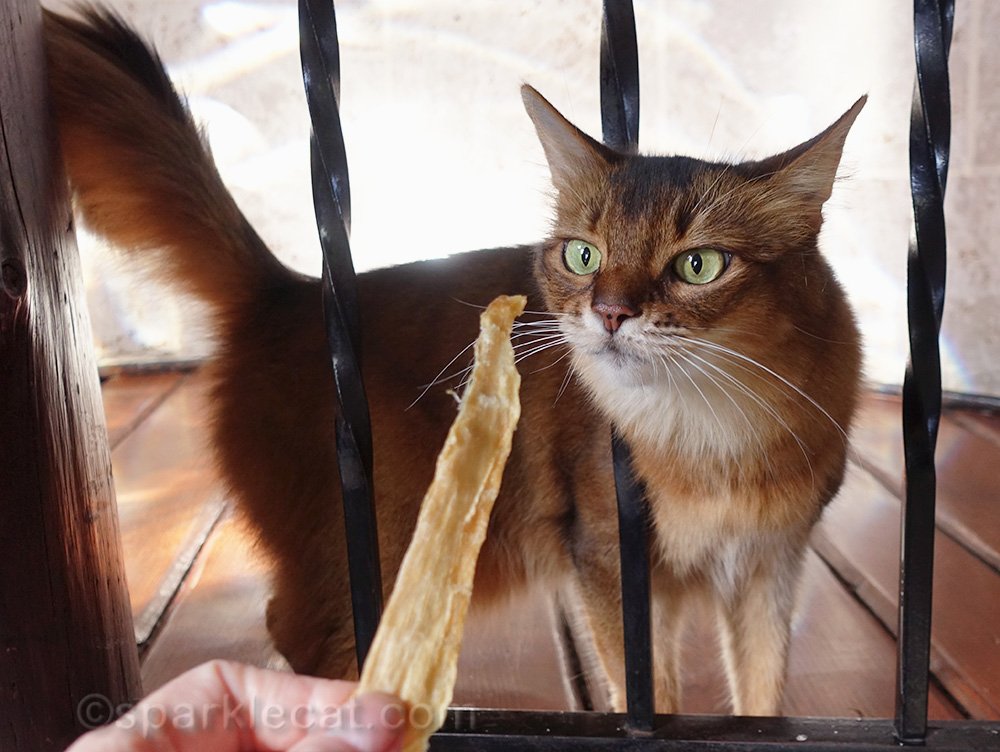 Well, she finally figured out the problem, with the help of Google. All she needed to do was switch the video format in the camera’s menu to MP4. That was it! All these years of dealing with the iPhone were totally unnecessary. 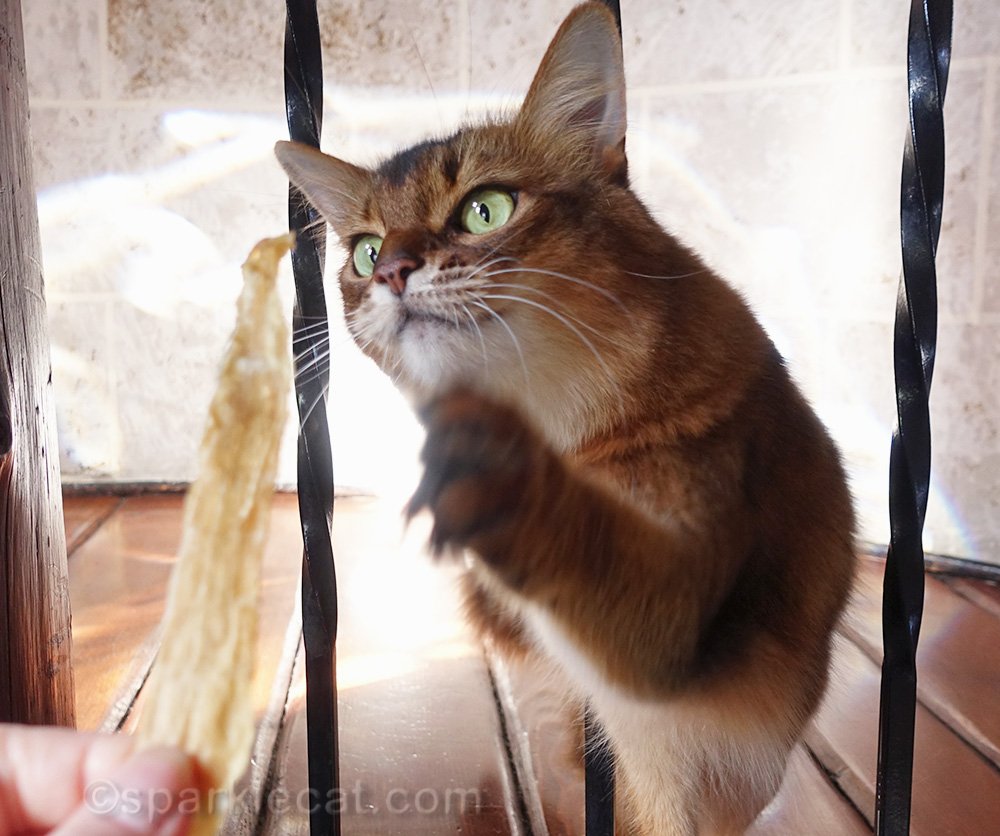 So basically, she tempted me over to the turret with the turkey tendon because of the lighting. It’s really nice at a certain time in the late afternoon, and she wanted to practice using the camera for video. She also discovered she could also take still images while she was filming (duh, you can do that with the iPhone too). Although most of the photos turned out a little blurry because I moved around so much. In fact, much of the video was a bit out of focus too because she’s still figuring out the movie function in the camera. 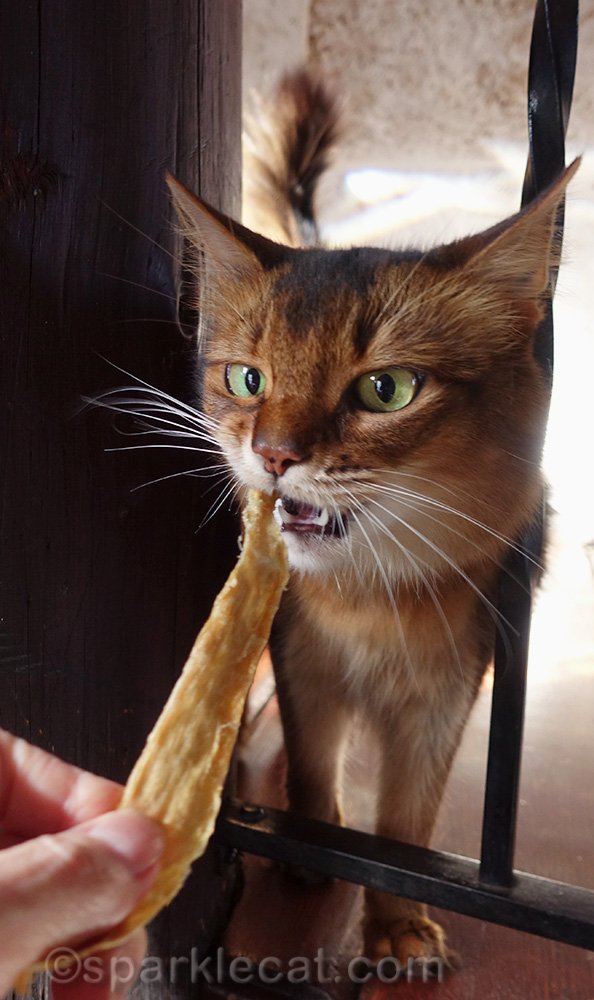 With any luck, and some practice, we should be able to make better videos soon! 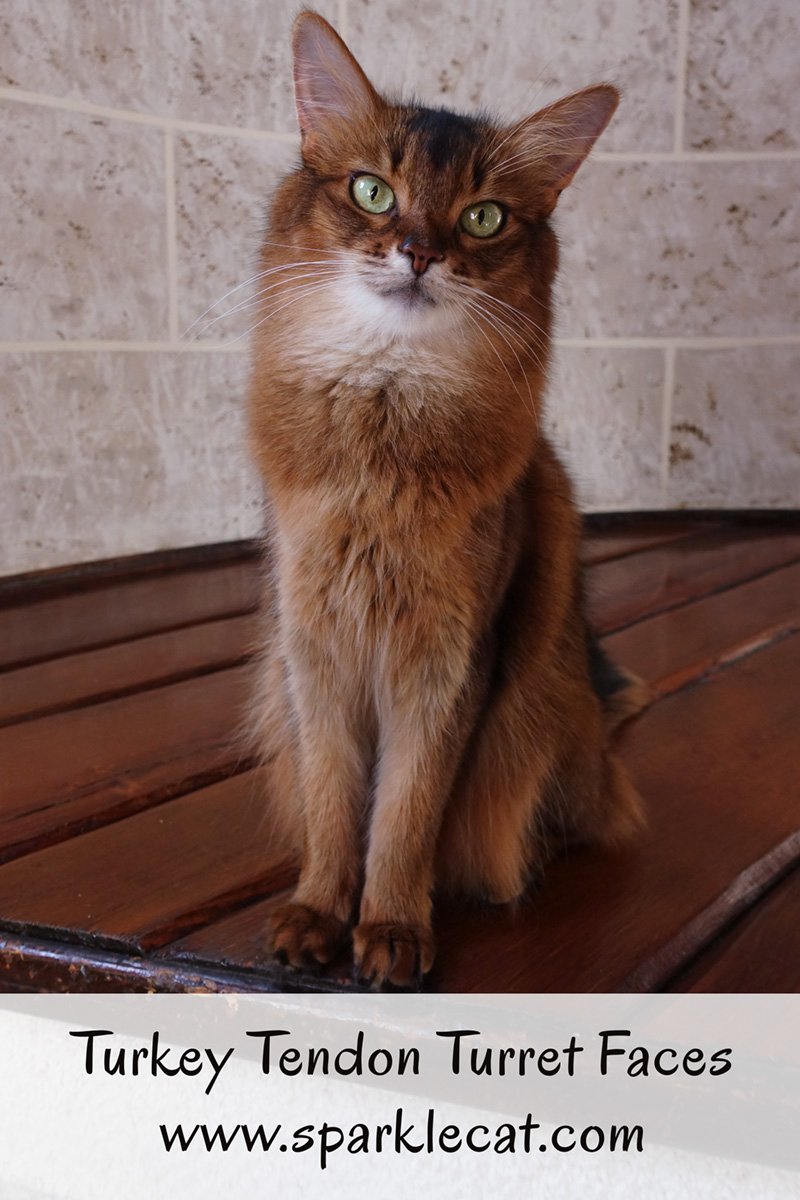