You are here: Home / Diary / Trying On My Reader’s Choice Halloween Costumes 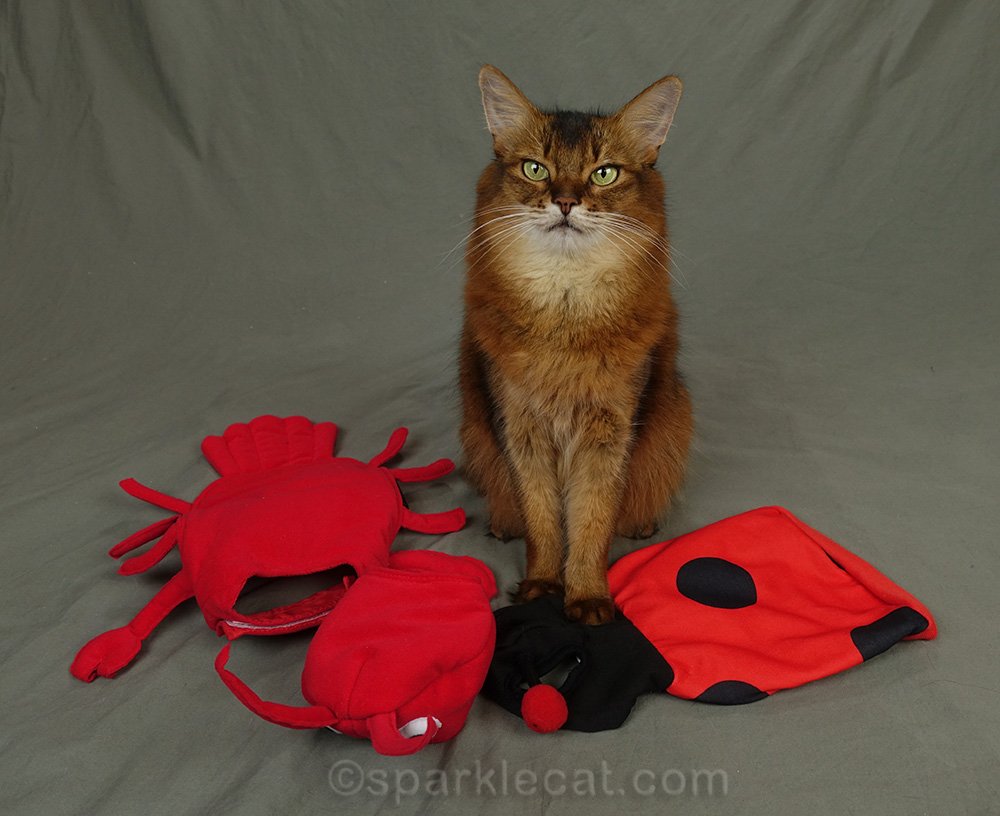 You guys voted for them, and now I get to wear them! Here are the two Halloween cat costumes that got the most votes in my two polls: the red lobster and the ladybug. I know you are dying to see them on me. So let’s get started! 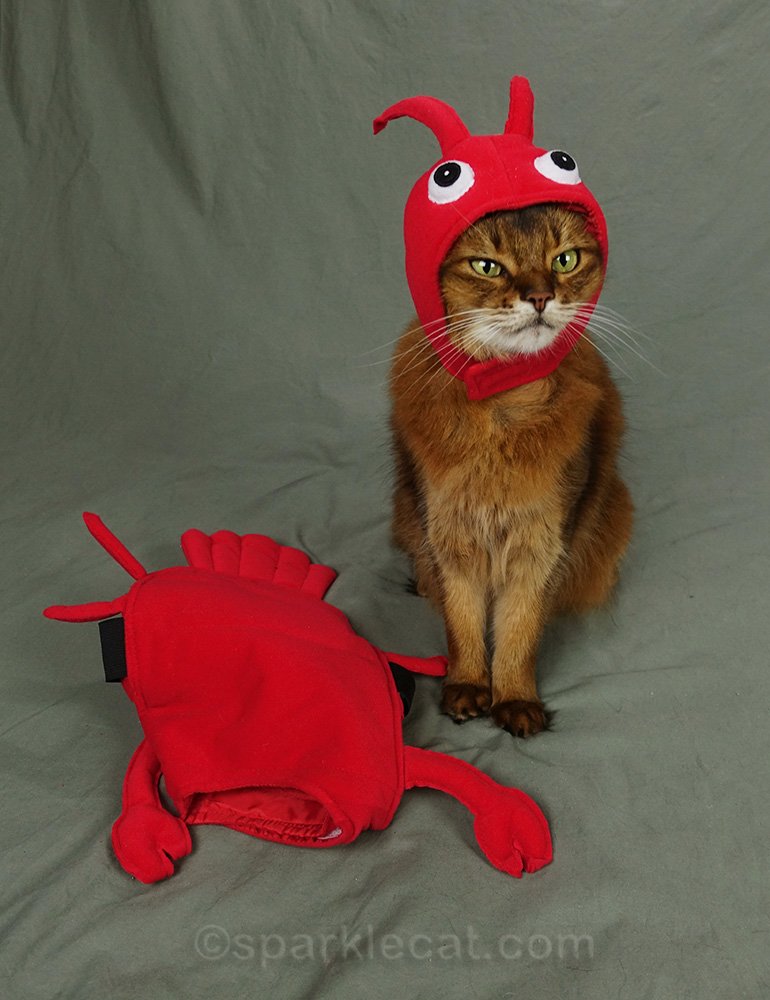 For some reason, my human thought it was a good idea to start by putting the lobster head on me first. I will say that I wasn’t compelled to whip it off. I just let it stay. 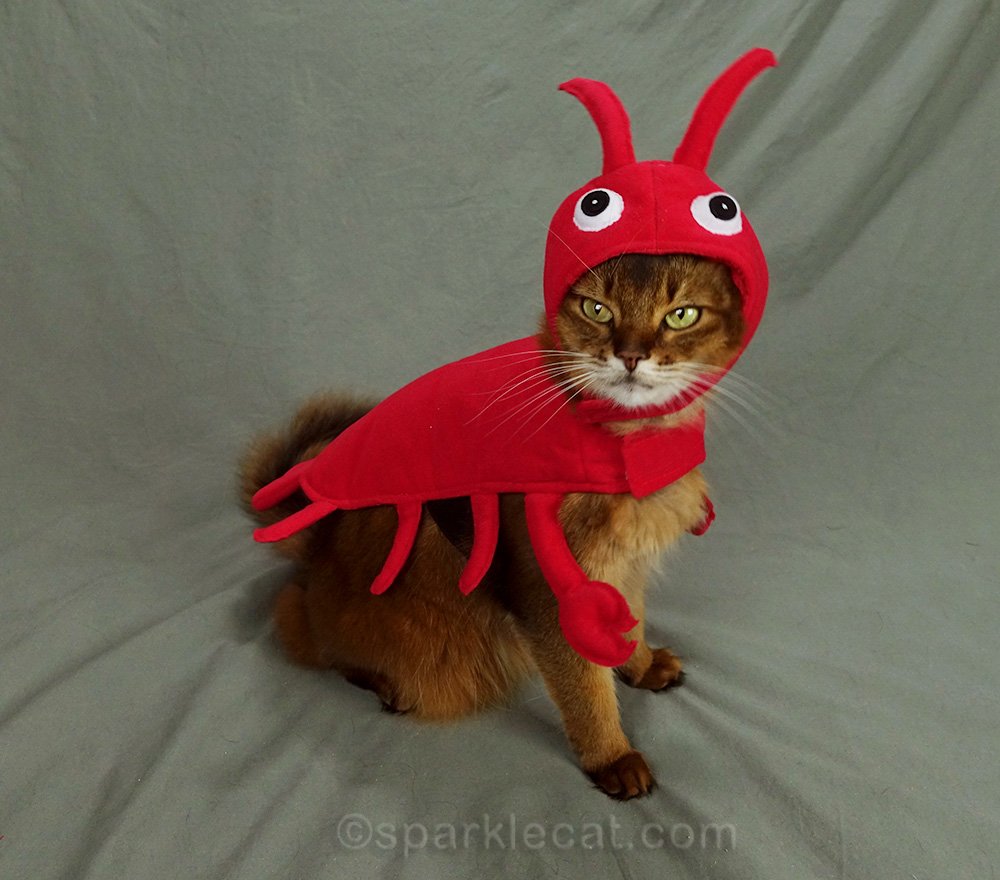 Now that I’ve got the whole thing on, I have to say, those of you who thought I should look elsewhere for a costume were right! This is just ridiculous. Nowhere near as bad as that spider costume from China, but definitely not good. 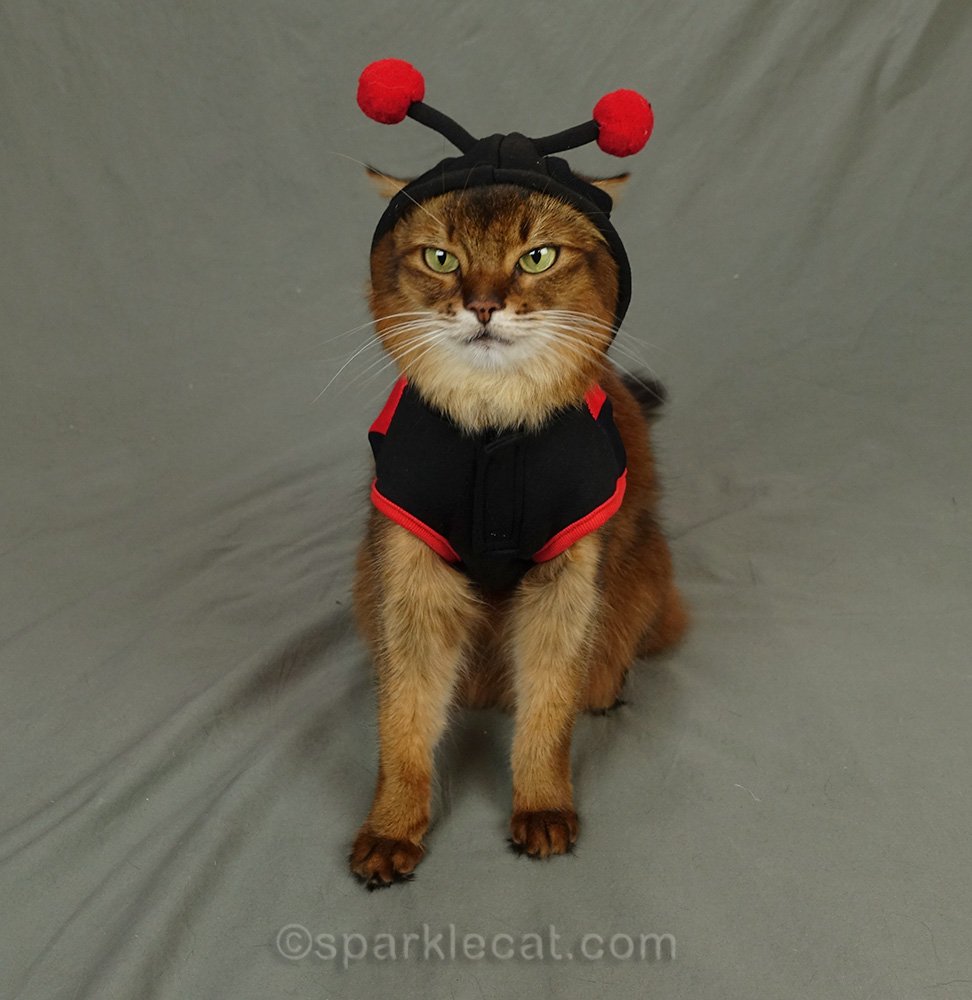 The ladybug costume was much cuter, but came with its own problems. After measuring me, my human decided she should get the Small instead of the X-Small like she normally would. Well, the hood part totally shrouded my face! Literally, I looked like ladybug Death. So she returned it to the La Canada-Flintridge Target (the closest Target that had it in stock), and got the X-Small. And that’s the one I’m wearing. The only problem is now the hood with the antennae is too small! It would barely stay on my head. 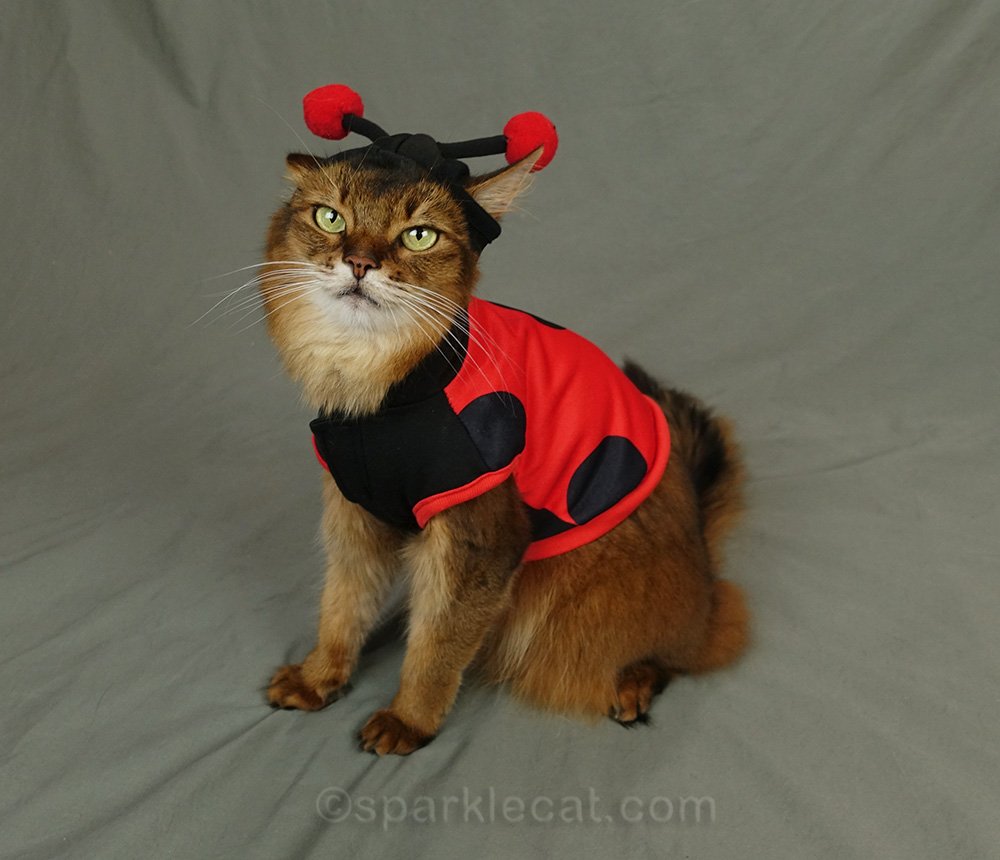 Here it is from the side. As you can see, as soon as I tried to turn my head, the hood started to go all wrong! Well, it is still a cute idea.

So, what did you think of my reader’s choice costumes? Let me know in the comments! 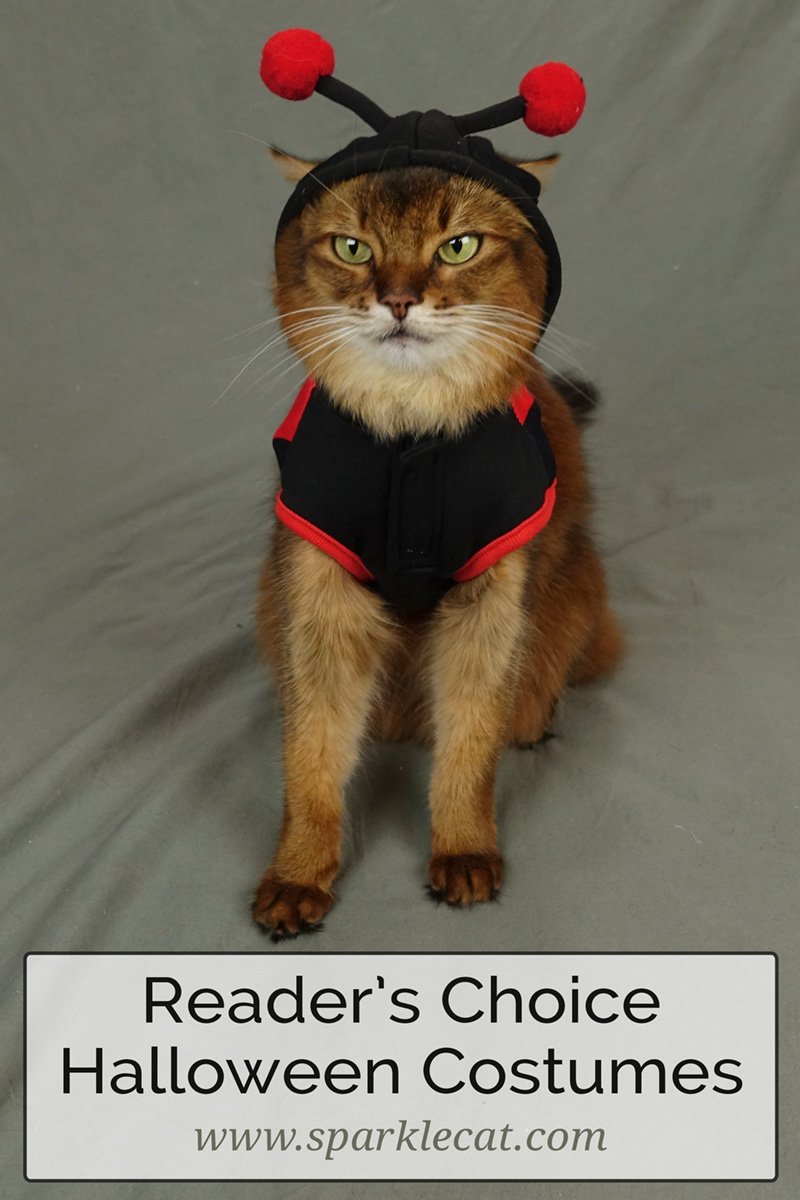