You are here: Home / Diary / Tortie Throwback Thursday – Binga Doing What She Did Best 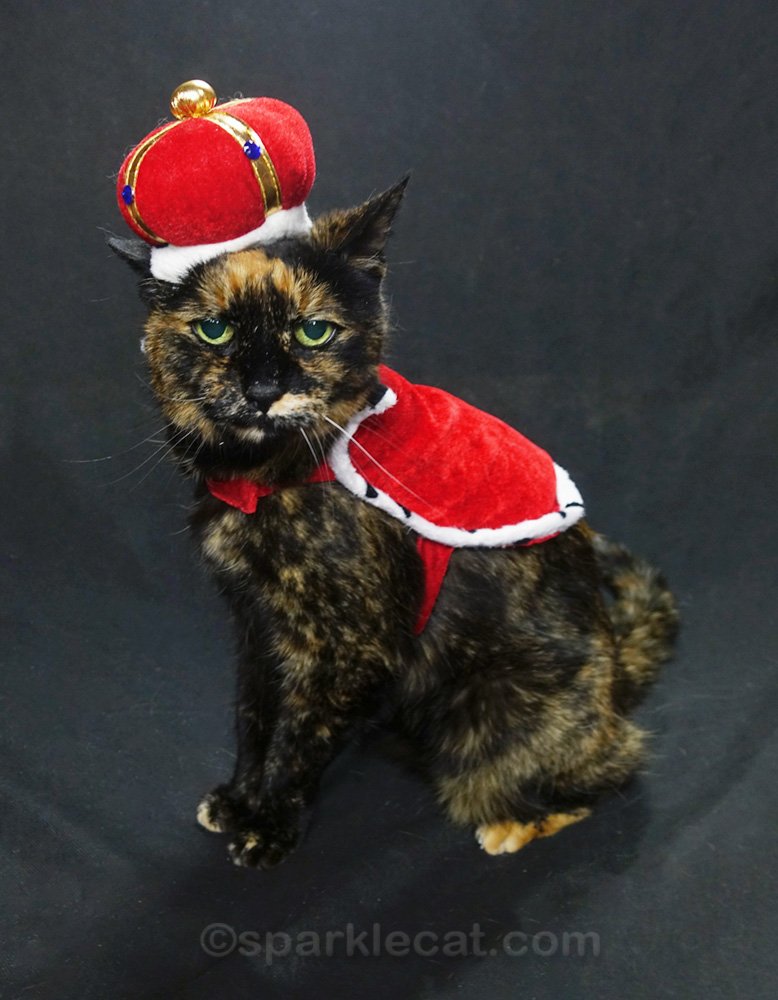 It’s just a little over two years ago that we lost Binga. So I thought it would be nice to share some photos of her doing the things she enjoyed the most. 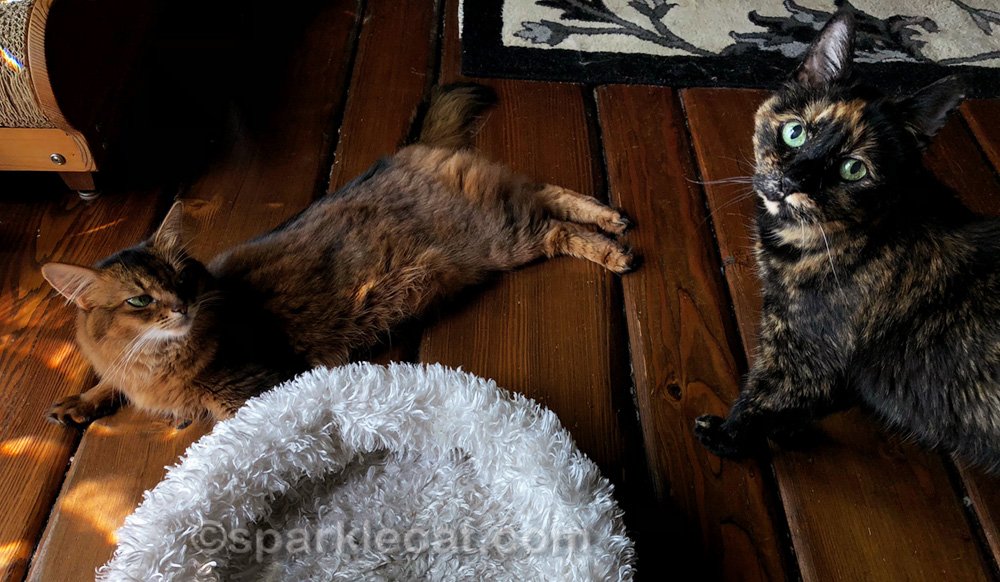 Photo bombing and getting in the way, of course! 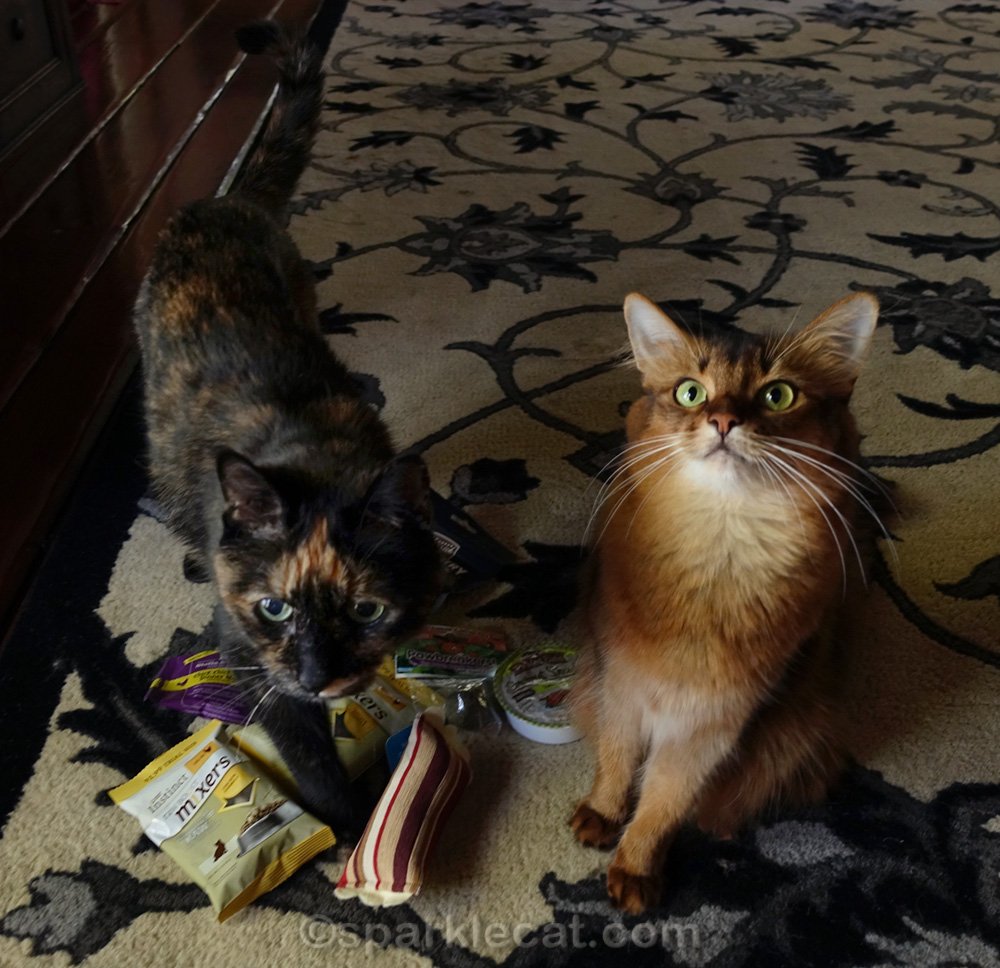 All these photos are from July of previous years, which gave her two distinct opportunities to to this. One was when we announced the Cat World Domination Day winner. She would always try to hog the prizes. 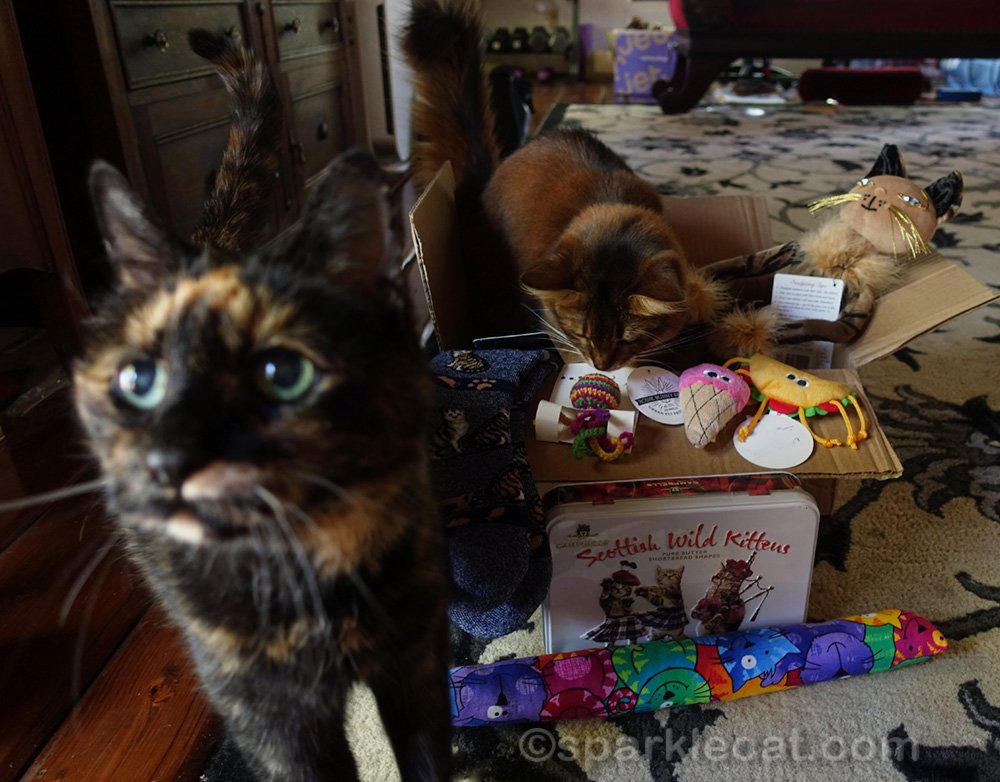 And when she wasn’t trying to throw herself all over the prizes, she just did everything she could to cause mayhem during the photo session. 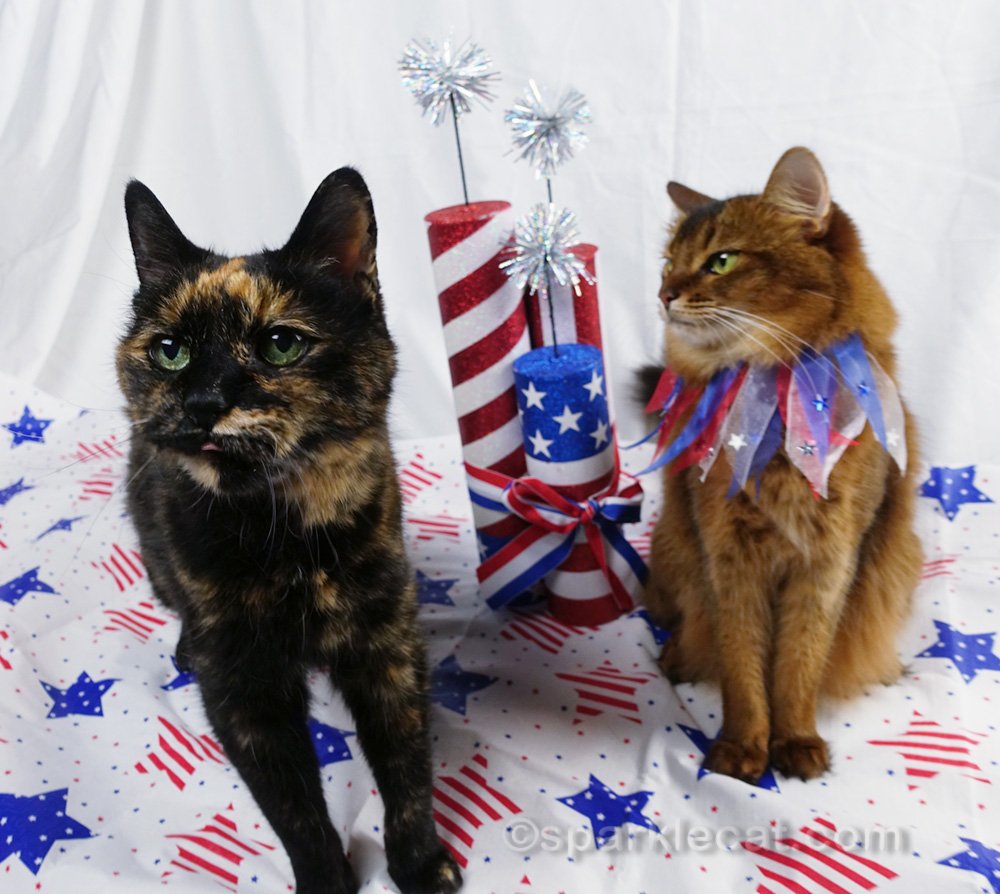 Binga’s other opportunity to cause trouble on a regular basis in July was during Independence Day photo sessions. She was never invited to them, but that meant nothing to her. 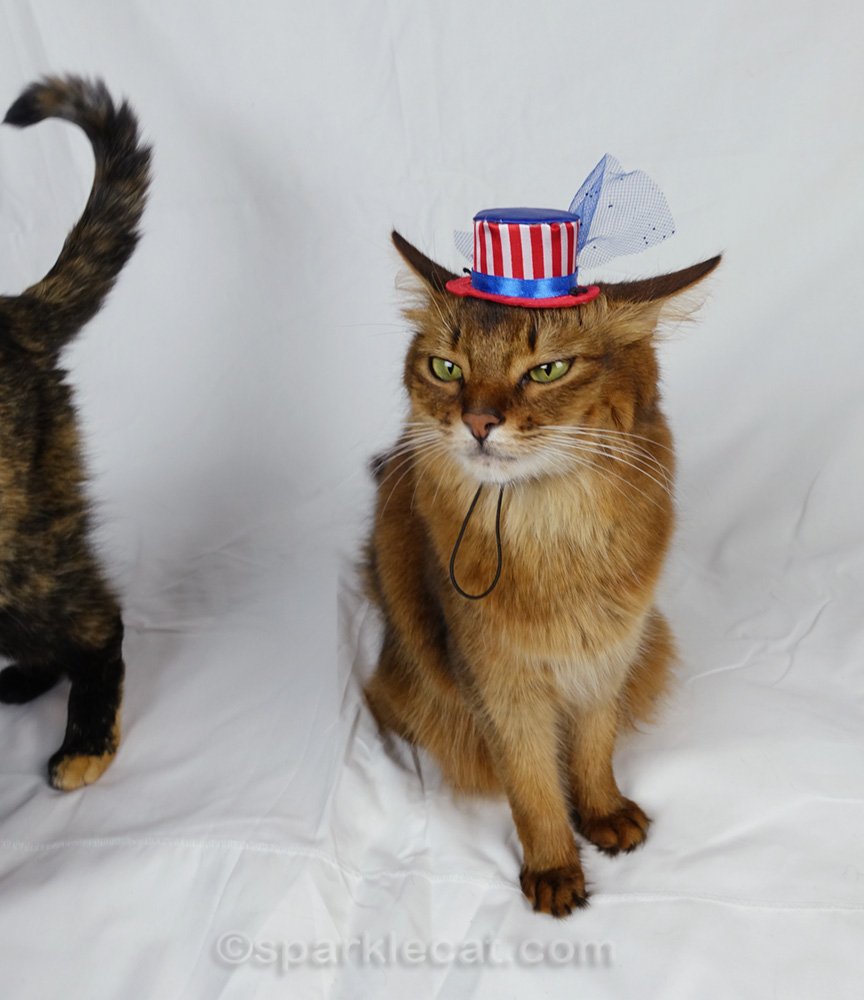 She never missed an opportunity to spoil a photo.

I hope you enjoyed this Binga throwback! Do you know she was only around for four of my Julys? It feels like it was longer! 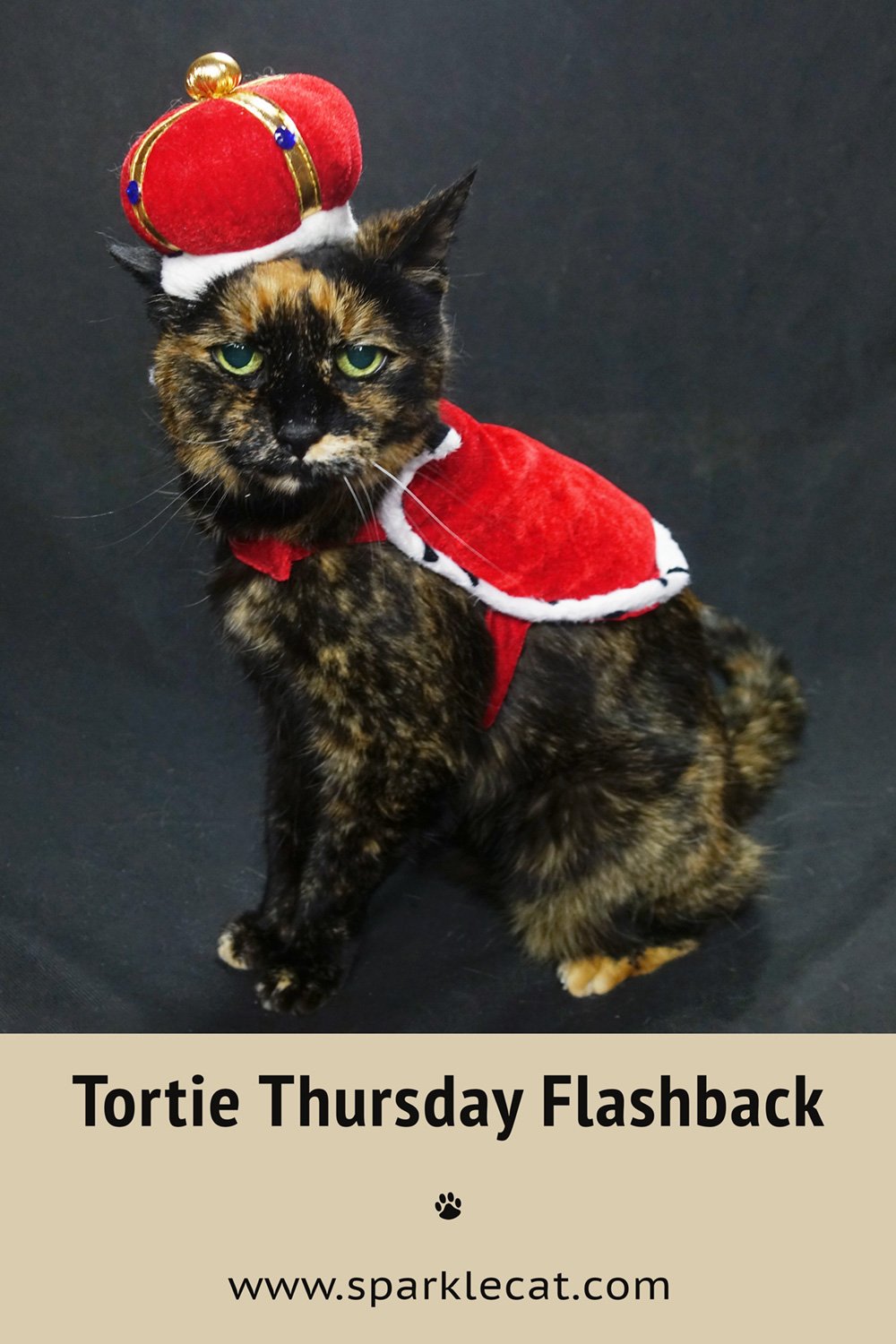