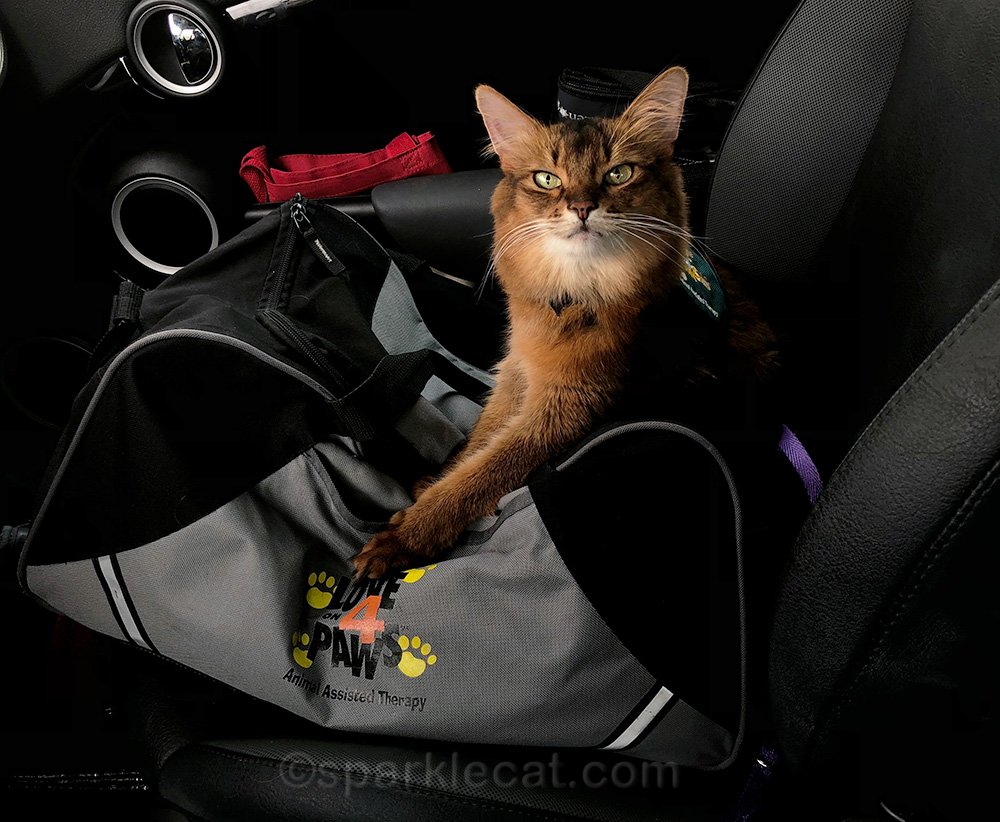 The day after the cat show, I went on a therapy cat visit to a pair of assisted living facilities near my house. It’s hard to get scheduled in for these visits. They only have therapy pets twice a month, and the slots get snatched up pretty quickly by other volunteers. So this is the first time I got to come by for a couple of months.

It turned out that there was a new activity director… and she loves cats! Like, really loves and gets us — she even got down on my level to say hello to me. We spent some time in the lobby with some residents before going to the big room.

My human always recognizes some of the patients, although they never seem to remember us. Since this is a facility for people who have dementia, that’s not really surprising. Some of the residents barely acknowledge our presence (or don’t at all), but others are delighted to see me. A few people were a little rough petting me, so my human had to put her hands under theirs to keep them from grasping too hard. It helped sometimes if she showed them how to pet me with the back of their hands. That way, they can’t grab.

A lot of people with dementia repeat themselves over and over. It’s something that my human has come to expect. What she didn’t expect was one man in a wheelchair who kept repeating himself… in Spanish, and she could actually respond in kind! Another wheelchair-bound man talked about his cats, and his hunting dogs. There was one ancient woman who wasn’t interested in me at all. She kept touching my human’s hand and arm and smiling. She didn’t say anything, but my human sat with her for a very long time.

The second building, across the street, has residents whose dementia isn’t as severe. They were more gentle with petting me. One man who petted me lots had shaky hands. There is a lady there who wears a lot of makeup that we’ve seen every time we’ve been here. Every time we come, she is a little bit less put together, but it has been very slow, and my human is glad for that. A man sitting on the same couch as her petted me for a while, and then got up and tried to say something to this lady. She had no idea what he wanted, and neither did my human. So he walked off and the lady leaned over and said, “I don’t think he’s all there.”

There is an activity room next to the big room of this facility, and a group of residents were working with plants and pots. We finished up our visit there. 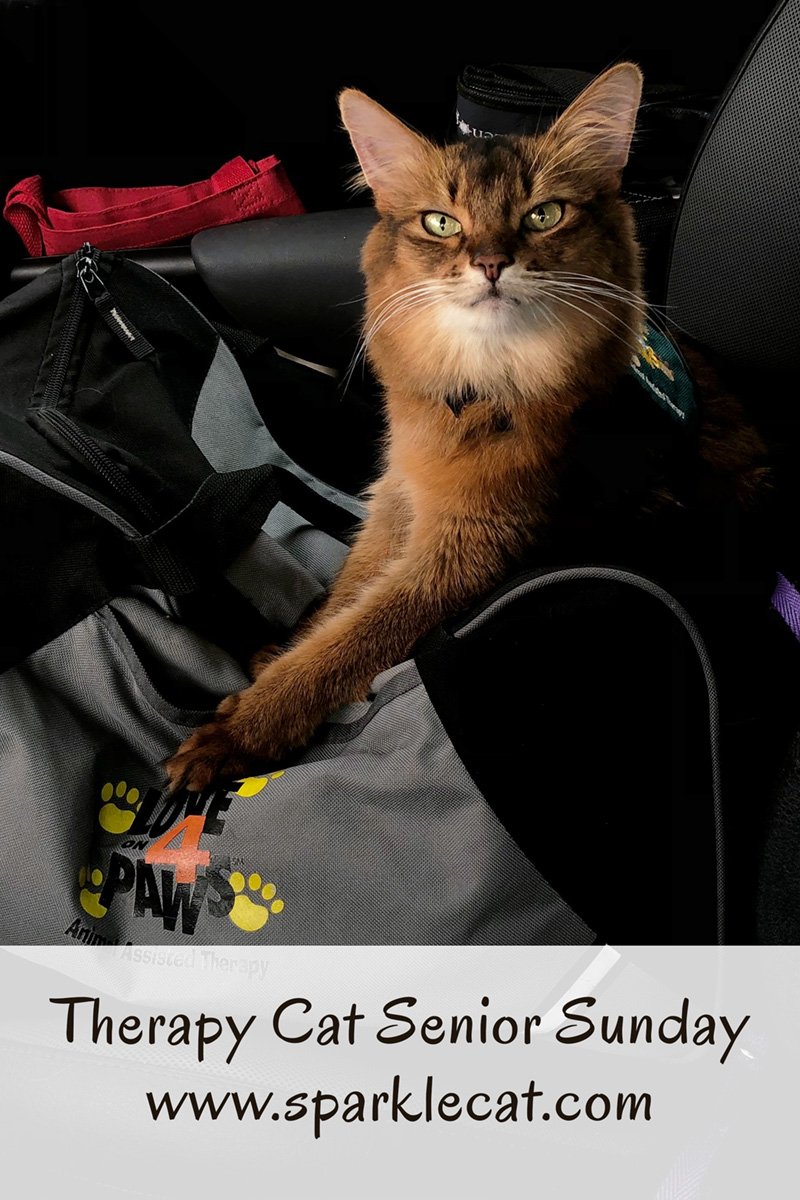